On a very beautiful spring day fans gathered in front of the Max-Schmeling Halle in Berlin, Germany, to see no other than the four queens of Blackpink. This girl group has announced their European tour earlier this year , creating a milestone in the history of K-pop in Europe. Blackpink is the second girl group to set off on a tour in Europe (first being Dreamcatcher in 2018). Blackpink gathered a lot of attention upon debuting and since then their fandom (called “Blinks”) grew rapidly. It was not a surprise then that the enormous hall sold out in only a few days, showing to everyone just how much are these girls loved in Europe.

The fans queued in front of the Halle for hours and everyone involved could see what color was the “must go” for this concert. Pink shirts, tattoos, shoe laces, make-up and even hair… Blinks surely showed their love for Blackpink with everything their wardrobe or fantasy could offer. Girls or boys, women or men, young or older, groups or individuals… everyone made sure to have something pink (be it even a small pin brooch on their coat). 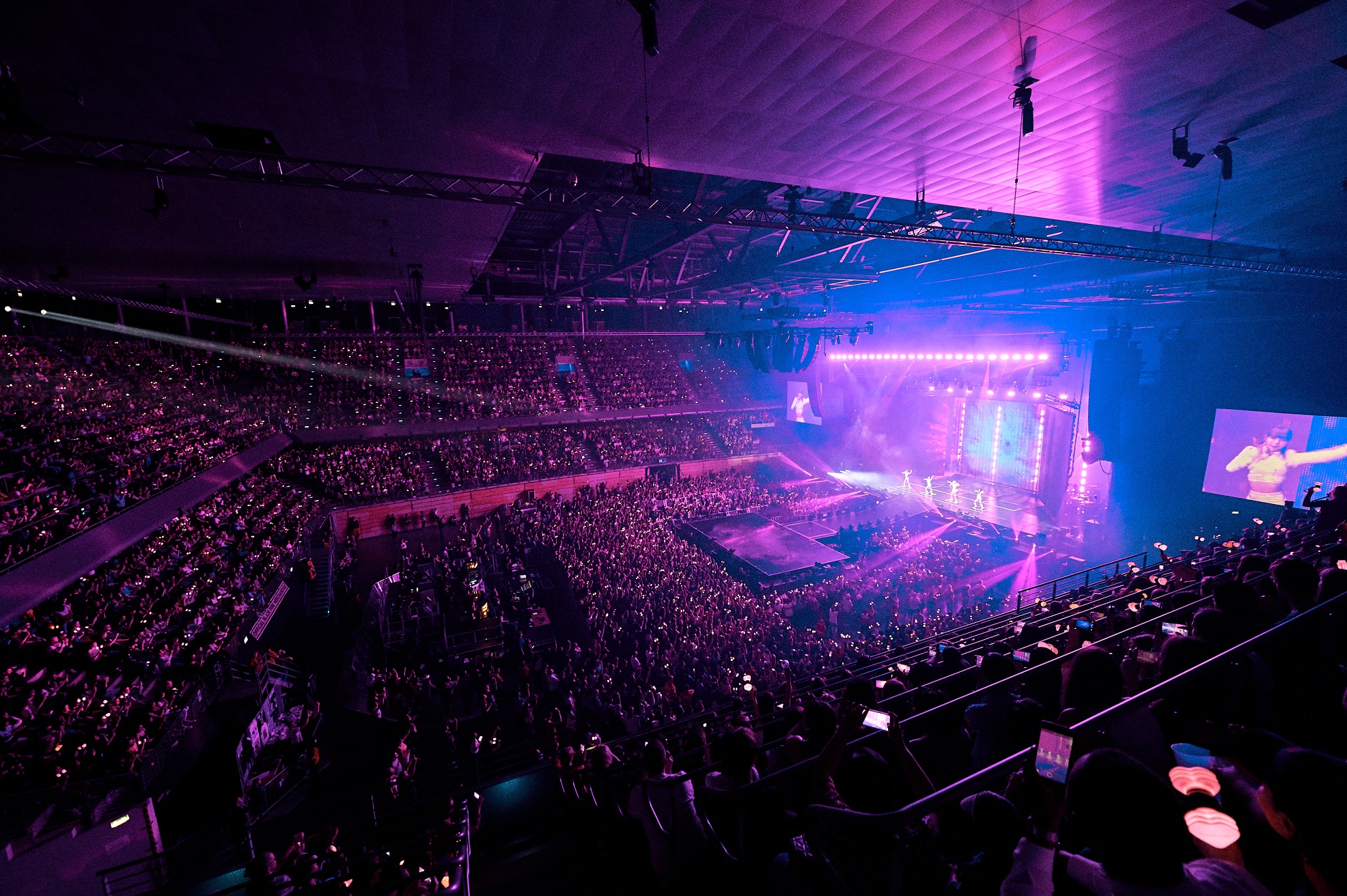 The concert started off with “DDU-DU DDU-DU” and the girls appeared on stage in glamorously looking white clothes. The stage brought energy to everyone´s veins and was accented with fire spurting up from the stage high and fierce enough that fans from balconies could feel its heat as well. But it was not the fire that got the fans so heated up, it was the four singers performing in front of them. “Forever Young” followed up and the hall transformed into a dancing floor lightened up by the thousands of pink hammers (official Blackpink´s lightsticks). For this track the back dancers joined the girls on stage for the first time in the evening and Blackpink sung the song partially on lifted-up stage.

A short ment followed where the girls introduced themselves and at the end Rose asked the fans if they can sing along to the next song as well. All members then sat down on chairs prepared on the stage and started singing “Stay”. The fans were singing together with them, waving their lightsticks and still not believing their idols are right in front of their eyes. And when the first tones of “Whistle” echoed in the venue, the fans went craze in excitement. The girls approached the fans and danced at the end of the catwalk, while canons of smoke and pink light made the scene look almost out of this world. 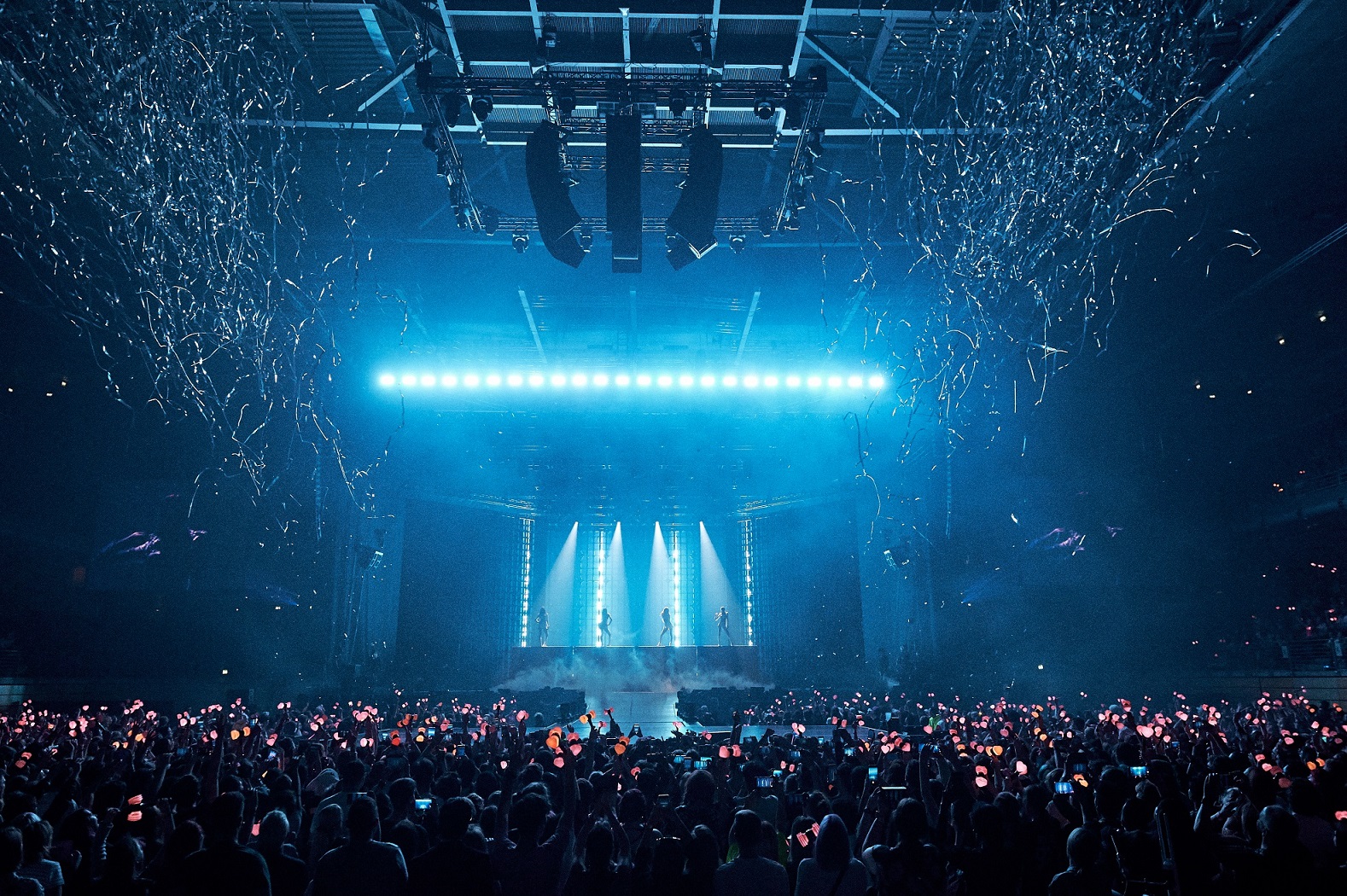 After this pump of adrenaline, a video showed on the screens. While the girls were preparing for their solo stages backstage, the fans watched “To Blackpink from Blinks” short documentary showing fans all around the world covering Blackpink´s songs – be it dance covers, violin covers or a boy who cleverly put himself into Blackpink´s MVs, dancing with them.

Next on the program was a roll coaster of solo stages which simply took our hearts away. Be it Rose´s covers showcasing her amazing voice, Lisa´s powerful and luring dance performance, Jisoo´s “Clarity” cover which started off by her sitting on a throne made of disco balls or Jennie´s stage “Solo” which just left us staring with beating hearts. It was truly amazing to see each of the members performing on its own, showing us their individual colors. 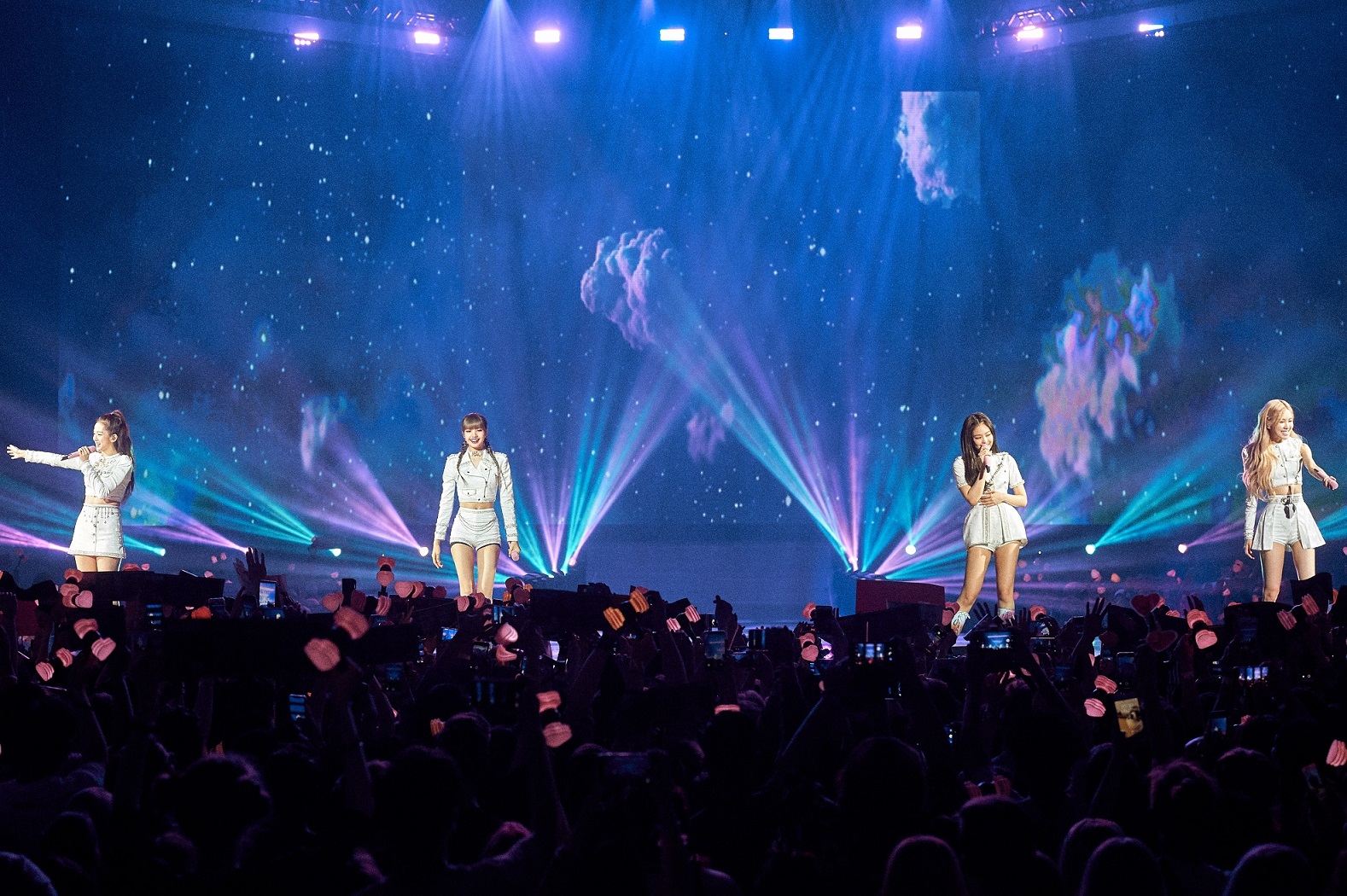 When Jennie left the stage, it was time for a band interlude when the platforms with the bands were moved in the middle of the stage for everyone to see them. It was as if they wanted the fans to calm down a bit before the storm coming.

Blackpink released their song “Kill this love” a month ago, but it already gathered more than 300 million of views on YouTube. This massive attraction of the fans to this song led the track to break records and music charts. It was not surprising that it was this very song which was the most awaited and almost took the venue down with the fans´ chants.

Without a time to rest the girls continued in performing with “Don´t know what to do” before a short ment during which Jennie said it was suddenly so hot in the hall that everything was falling down (reffering to her make-up) to which Rose replied, observing her face closely, that “You still look fabulous, don´t worry.” Lisa shared her feeling of coming to Berlin by saying “It is our first time in Berlin, but seeing you all sing and dancing really makes me happy!” 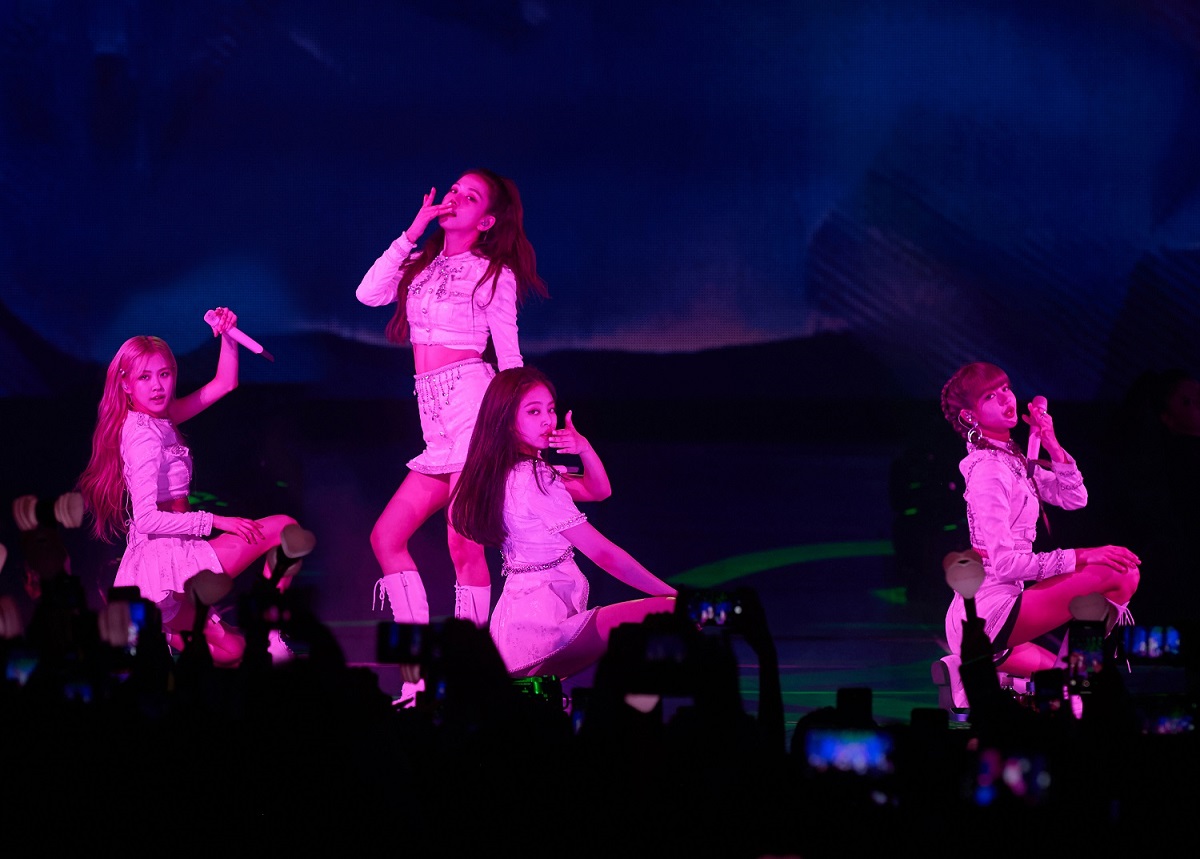 “Kiss and make up” was next on the list and it brought an African feel to Berlin with the themes of leaves and leopard prints, “Really” followed and the members blew kisses to the audience and “See U later” when the fans danced to the beats.

Blackpink has a very impressive portfolio of songs which makes you dance and sing along and just have the best time ever, and three of them were for sure “Playing with fire”, “Kick it” and “Boombayah”.

For the last ment the girls thanked fans for coming to see them.

Rose: “Thank you so so much… for being so sweet. I really like all the signs you made for us, they are really nice.” She then revealed “This is the beginning of many more tours! Danke schon! [“Thank you” in German]”

Other members then continued in saying their thanks and also incorporated a few German phrases into their thanking speeches. Later on one of the members remembered they heard one phrase during the rehearsal, which happened before the show and fans with the right ticket could be part of it, and they spotted the fan who taught them that phrase in the audience so they handed over the microphone to that fans to repeat the phrase for them all once more.

The last song of the evening before an explosive encore was “As if it is your last”, rounding the concert experience in perfection.

Summary of the whole pink night

The concert was one of the best K-productions Germany have seen so far. The group took advantage of the stage completely by using the stage lifts, confetti canons, fire canons, there were back dancers and live band on moving platforms. The fans on the balconies could see the group clearly thanks to the huge screens behind the stage as well as the moving screens on the sides of the stage and fix screens on the sides. It was a spectacular show to not be missed for sure!

Blackpink performed their biggest and most loved tracks and completely took our breaths away. It is hard to say which song was the one that stood out the most as the whole night was one big dancing party with fans singing along and simply having the best time! Blackpink truly showed their power and we want to thank the group, their management and LiveNation for bringing these talented girls to Europe!