If I’ve learnt anything from seeing GOT7 and C Jamm back to back in two days, it’s that the biggest difference between fans is age and their level of soberness.

On Friday night, C Jamm’s audience came ready to party at Super Sydney, Space Nightclub. Hundreds of over 18, non-sober young adults came dressed hype-beast and bag-free in the wee hours of Saturday morning. By the time I arrived, a Korean-majority crowd had already assembled near the main stage.

Just before 12:30am Saturday morning, Show Me The Money Season 5 runner-up C Jamm took the stage.

The 24 year-old played his biggest hits, most of which came from his 2015 album ‘Good Boy Doing Bad Things.’ 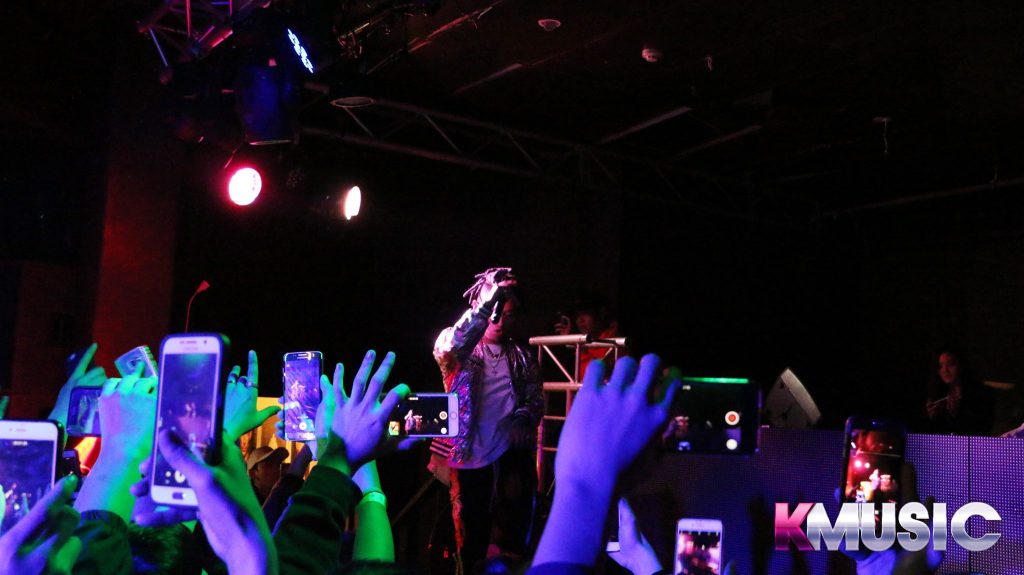 He started off with ‘Just Music‘ and the crowd could not have been more ready. As the beat dropped and the track’s signature chorus came to the microphone, the ground shook as people violently jumped on top of each other. The audience shouted the chorus out in unison with the rapper like an anthem of youth and power.

C Jamm followed up his killer hit with ‘Good Night‘ and ‘Wanted‘. With only a 30 minute set for the night, C Jamm went all out and wasted no time with drawn out introductions.

In between songs, C Jamm brought a lot of depth and thought to the young crowd.

He spoke of freedom, love and friendship.

“Get together with your friends and hold them right now,” he said in Korean.

“Show them you love them,” he said.

Young men and women embraced each other with affection.

“My English is so f*cked up,” he told the majority Korean crowd as he tried speaking English, often reverting to Korean when he couldn’t get the words right.  As a native English speaker myself, I can easily say that C Jamm was way too hard on himself. He speaks better English than some of my friends. 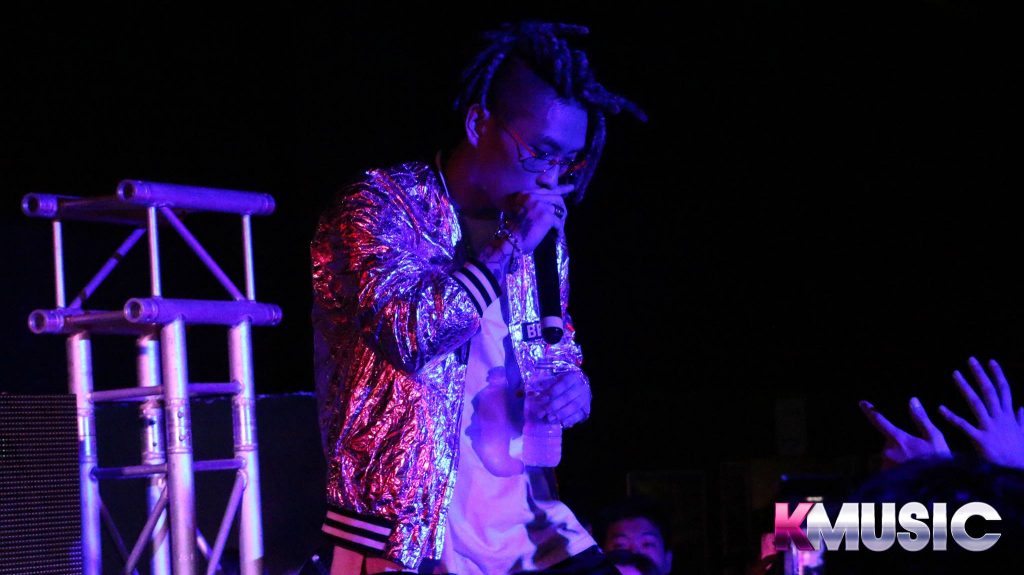 But the crowd didn’t care how good or bad C Jamm’s English was. They screamed in support of him with words of “yeah the boys” and “fighting.”

To finish off his set, C Jamm concluded with ‘Puzzle‘ as his second last song, before giving us a little introduction to his last beat of the night.

The crowd definitely wasn’t ready for what C Jamm did next. 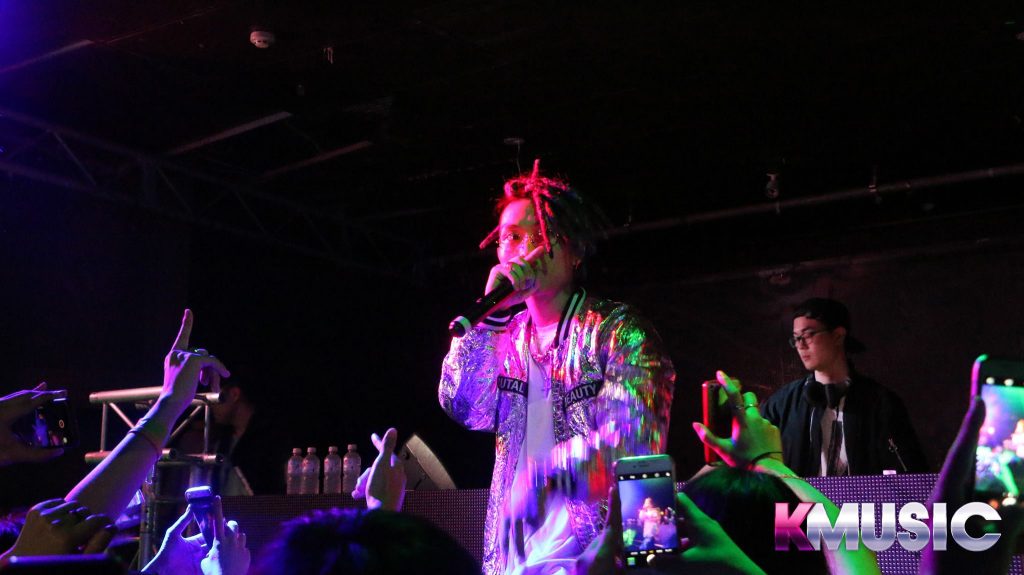 He rapped an unreleased song, dreadlocks flying in the air. I was mesmerised by the way his hair flew effortlessly and viciously…

But then his shirt came off. The guys screamed in support and the girls almost fainted.

C Jamm dove into the crowd in a blaze of glory, chest tattoos glowing in the reds and greens of the club lighting.

Once he returned to the stage, the crowd was in a frenzy, not sure of what to do next or how to act.

C Jamm regained his cool and subtle composure and strutted off the stage in style.

The crowd soon followed him.

The young rapper left as quickly as he came as people funneled out of the venue.

The remaining patrons danced to popular hip hop songs in one room of the Space Nightclub, while more experienced individuals hakked and muzzed in the hardstyle room.

Super Sydney’s April Holiday Special feat. CJAMM was brought to you by Super Sydney and Space Nightclub in Shark Hotel. The event was held in Sydney, Australia.