K-EXCLUSIVE: We chat to THE ROSE about their plans to rock Europe!

K-EXCLUSIVE: We chat to THE ROSE about their plans to rock Europe!

Officially Kmusic recently sat down with up and coming Korean band, THE ROSE, to chat about their highly anticipated European adventure, the ‘2018 Paint It Rose Tour in Europe‘!

Since exploding into the mainstream with their debut single, ‘Sorry‘, in August 2017, THE ROSE have earned some serious Billboard cred as an ‘act to watch’, and performed incredibly well in streaming; 2017 really was a huge year for them, compared to their early days busking on the streets of Hongdae!

If you’re not familiar with the group yet, THE ROSE consists of just four members: Woosung (aka Sammy – leader, vocalist, guitarist), Dojoon (aka Leo – vocalist, keyboardist, guitarist), Hajoon (aka Dylan – drummer, sub-vocalist, rapper), and Jaehyung (aka Jeff -maknae/visual, bassist, vocalist), all under J&Star Company. 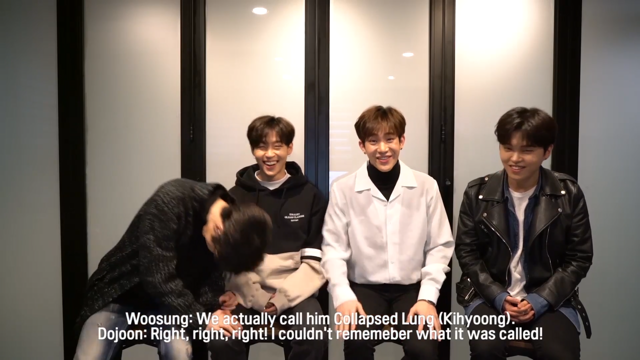 Check out the videos below to find out which member carefully organises their skincare, watch them try to get through explanations of their slightly strange nicknames without falling off their chairs, talk about what inspires them to create music, who their THE ROSE bias would be, and more!

For more details about The Rose’s upcoming Europe Tour, click this link!

Keep following Officially Kmusic for even more exclusive news and interviews from your favourite groups!