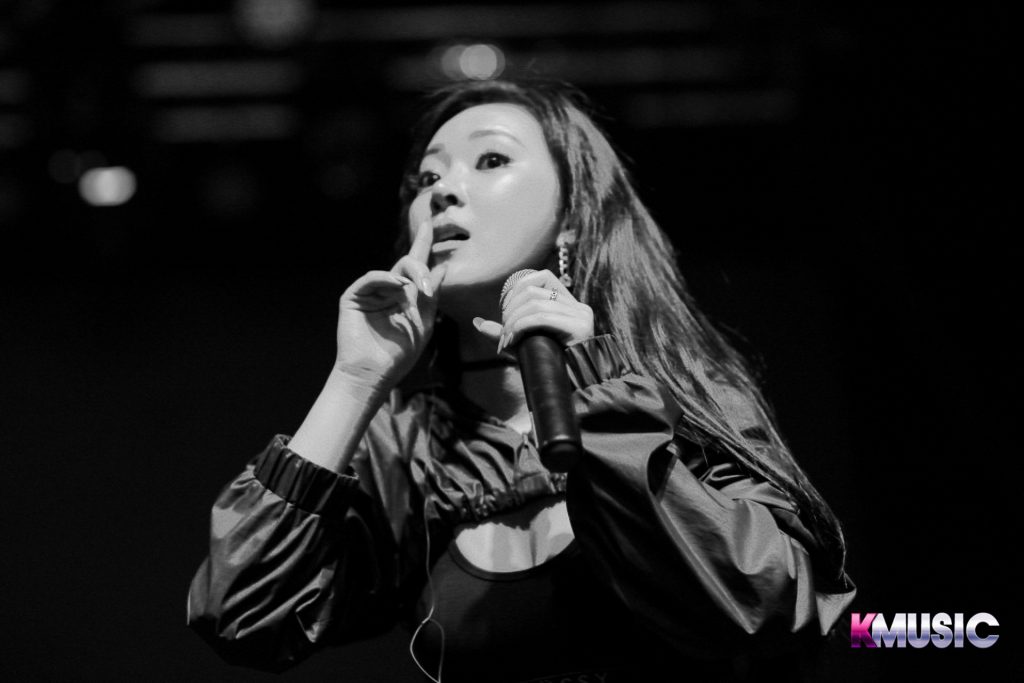 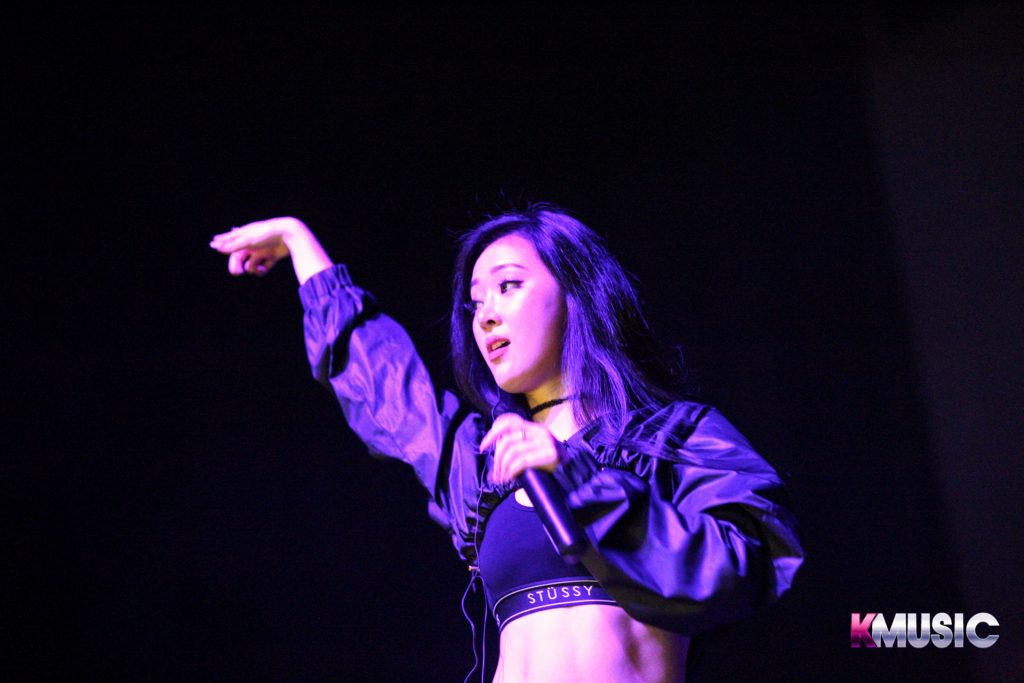 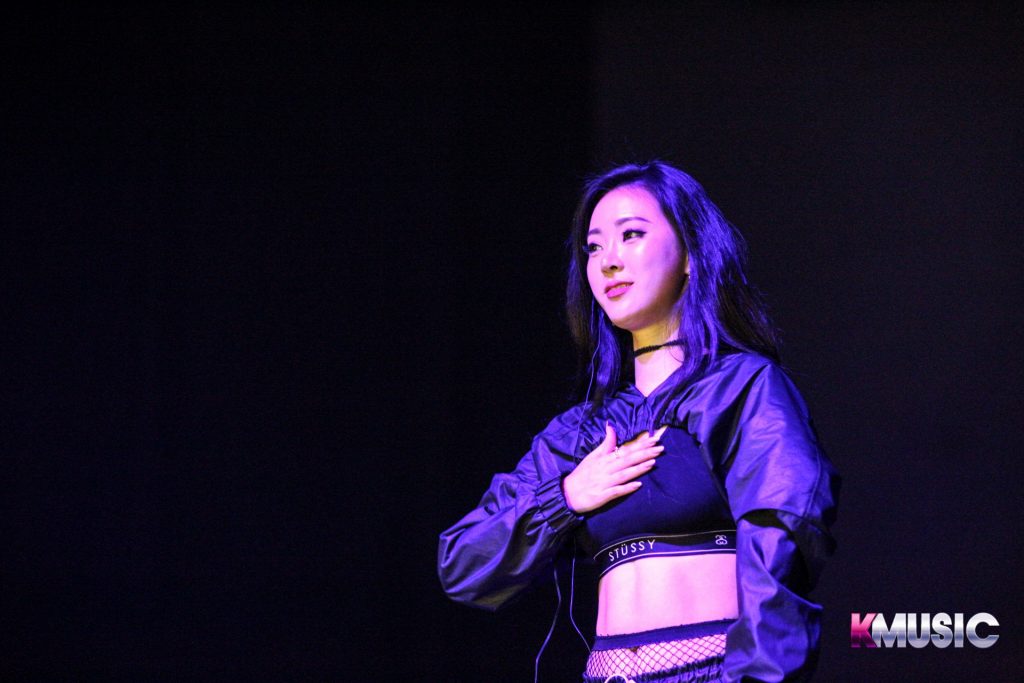 The show kicks off with all members performing a mellow jam session so that the audience did not wait in silence. Universal Music Korea‘s newest signee SAAY, formerly of EvoL, opened the stage with “Circle” and fans went wild. Between her stylish all black outfit to her hip dance moves, the crowd decided they would be happy just listening to her set all night. 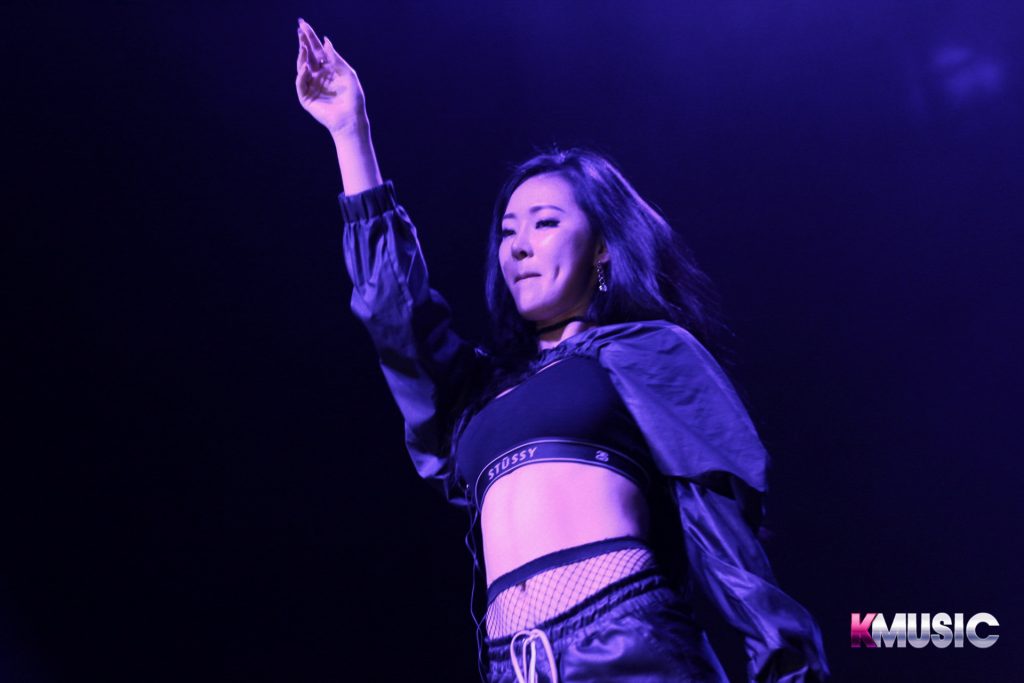 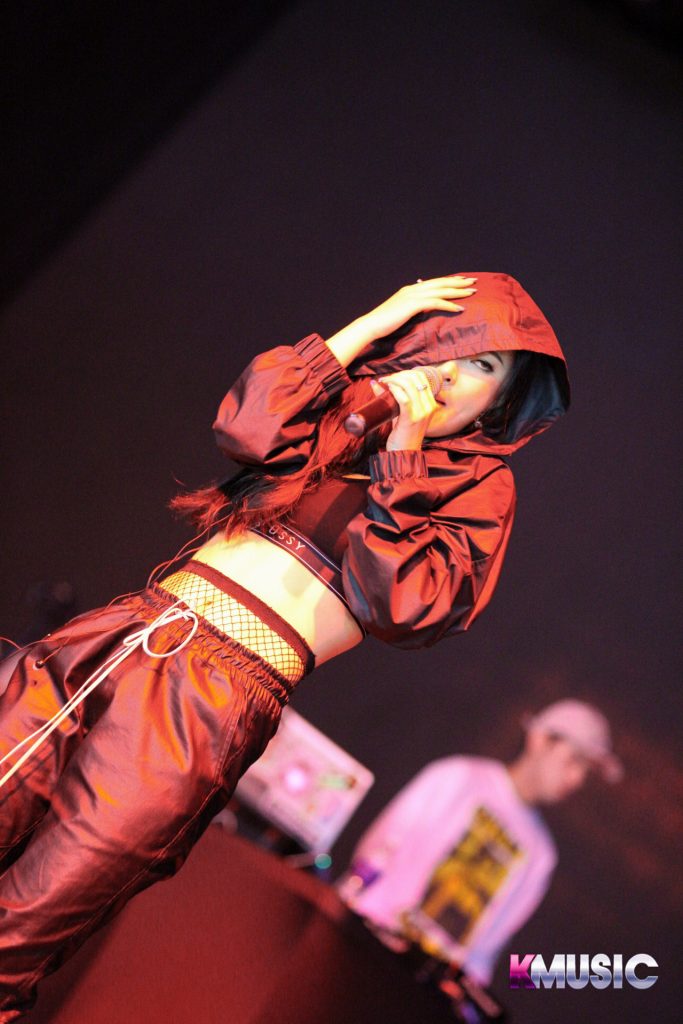 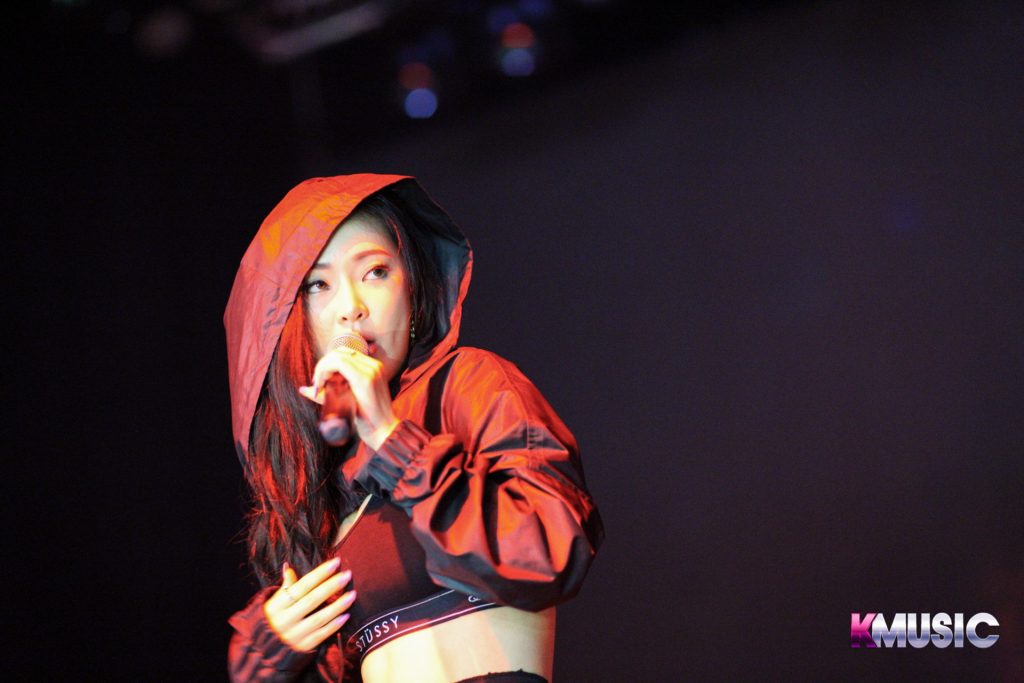 The stage went black for a moment and OFFONOFF walked on in a ball cap, gripping the mic as he began his track “Mind“. The hype was real and the whole audience swayed to his vocals. Once things got a bit more heated he took off his cap and the audience went wild, bursting with screams. The artist was such a crowd favorite in fact, that he was ushered back on stage with an encore shortly after his run. When his set was officially ending, Dean and others joined the stage to bring out a birthday cake and wish him a happy birthday, going as far as to even put a piece of frosting on his face! 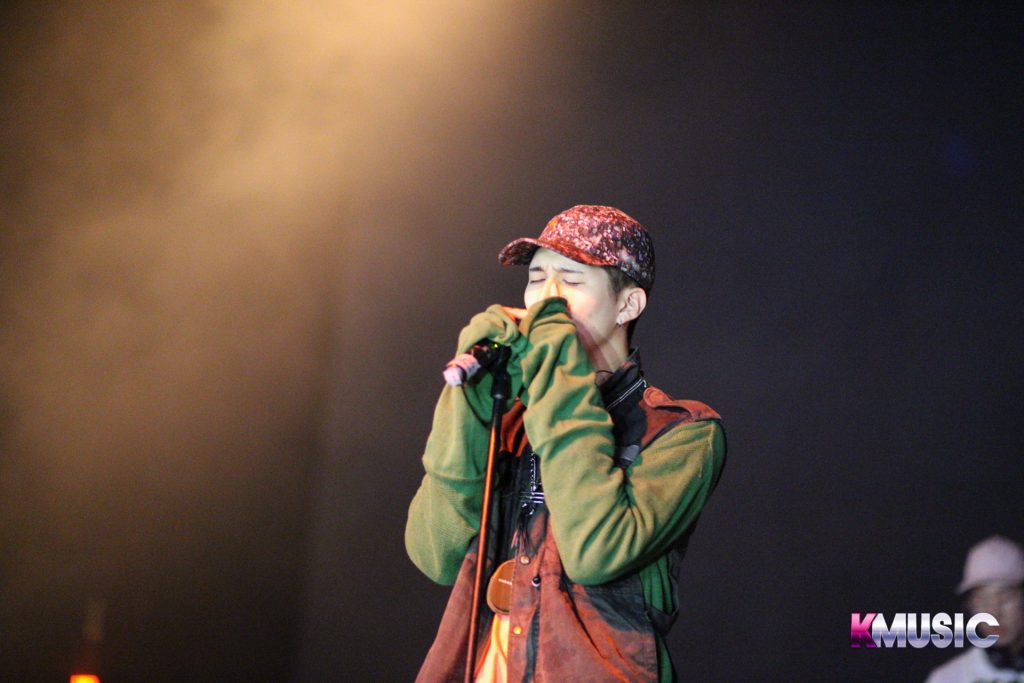 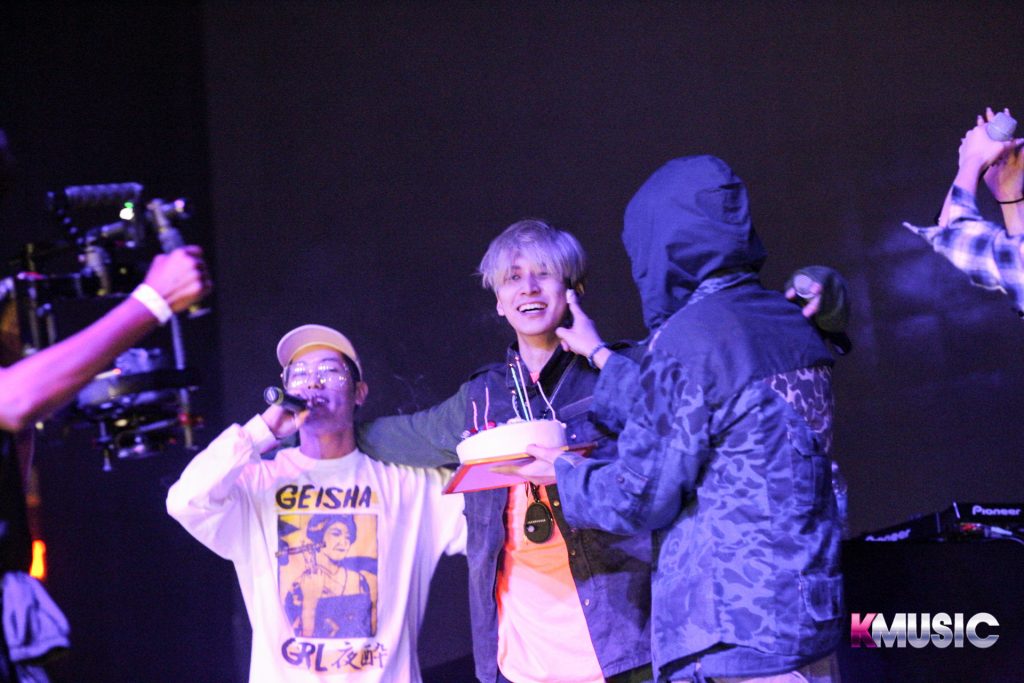 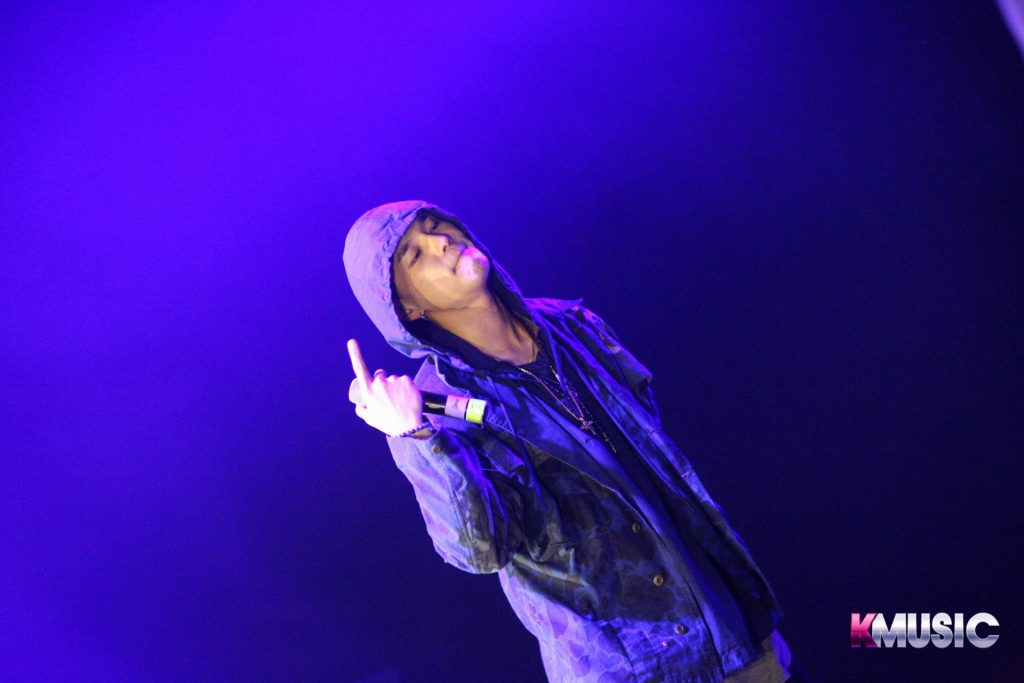 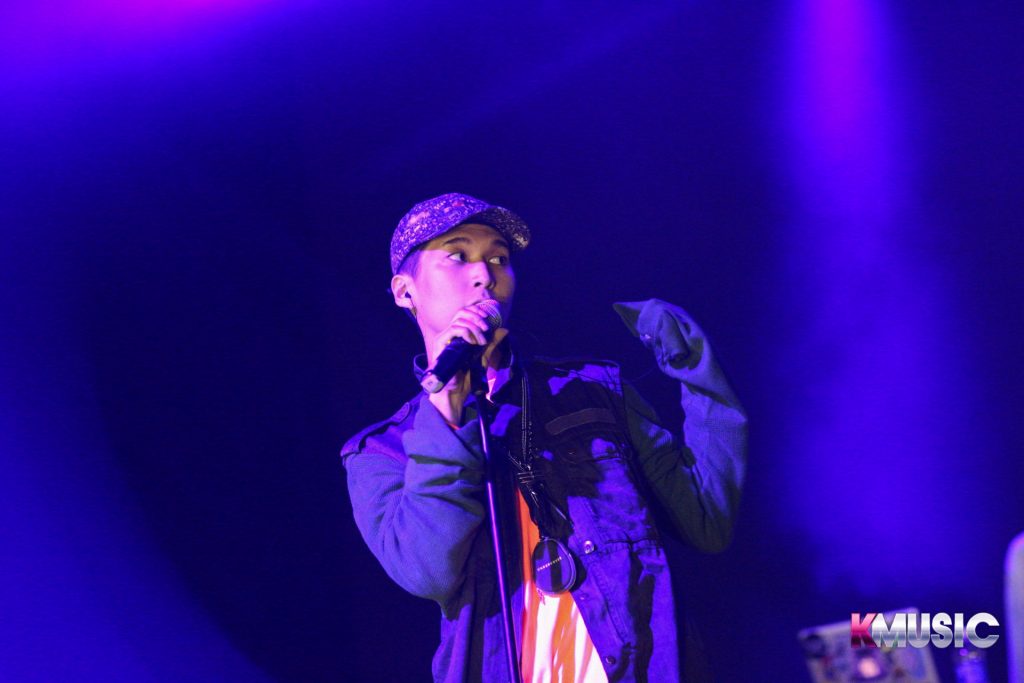 The audience was having a great time and the event was most definitely capturing everyones attention. MISO helped everyone to veg out once more in anticipation for the headliner. Her vocals were angelic and her ability to DJ at the same time gained everyones’ respect very quickly. 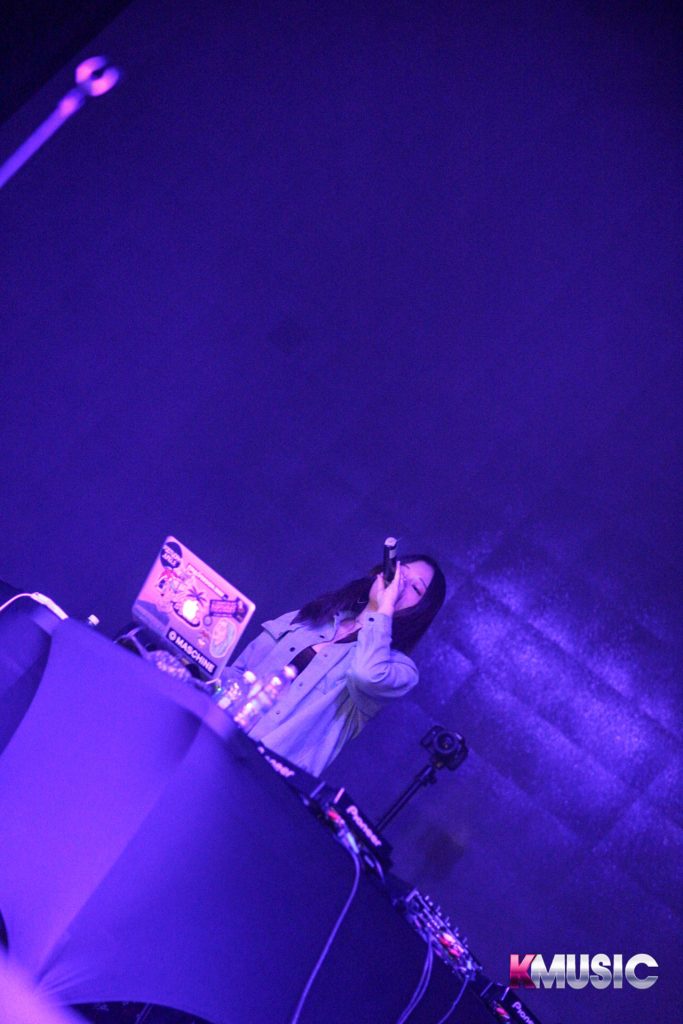 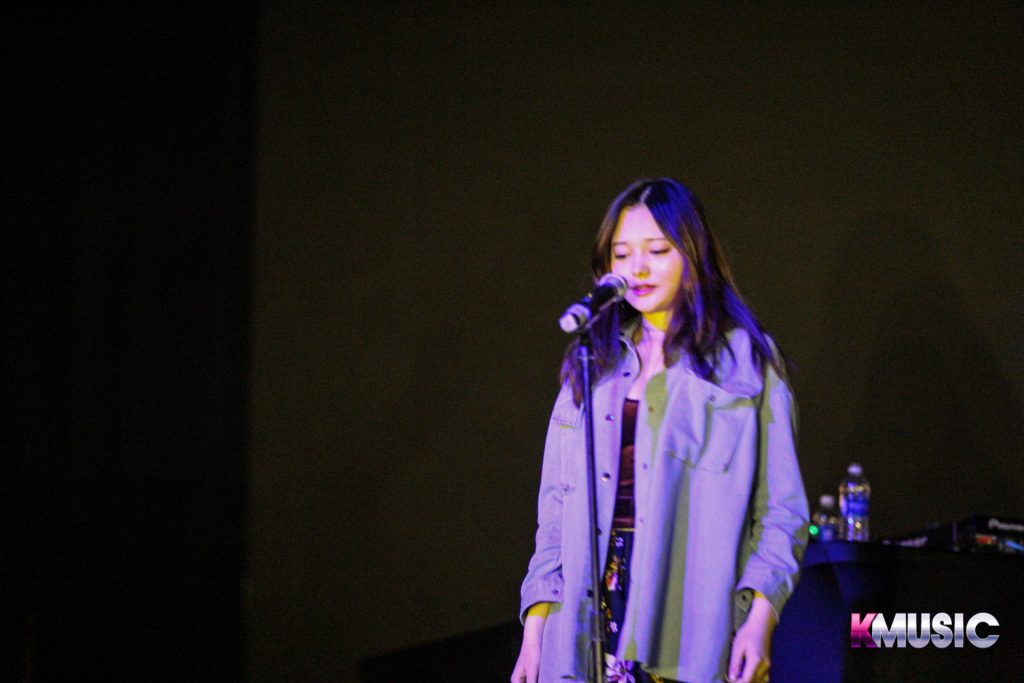 As she closed off with a final song, the lights dimmed once more and the fans began to chant. When the lights came back, Dean was centered in front of the mice and the music for “Put My Hands On You” followed by “Pour up” and “Tell Me What to Do” were played. Conveniently enough, his intro song ended up being his encore as well when the fans cheered him back on. Once all songs had ended, the crew gathered once more on the stage for a collaboration of American Rap remixes. Dean X Club Eskimo definitely brought the party to Dallas and fans can be sure that they will be remembered. 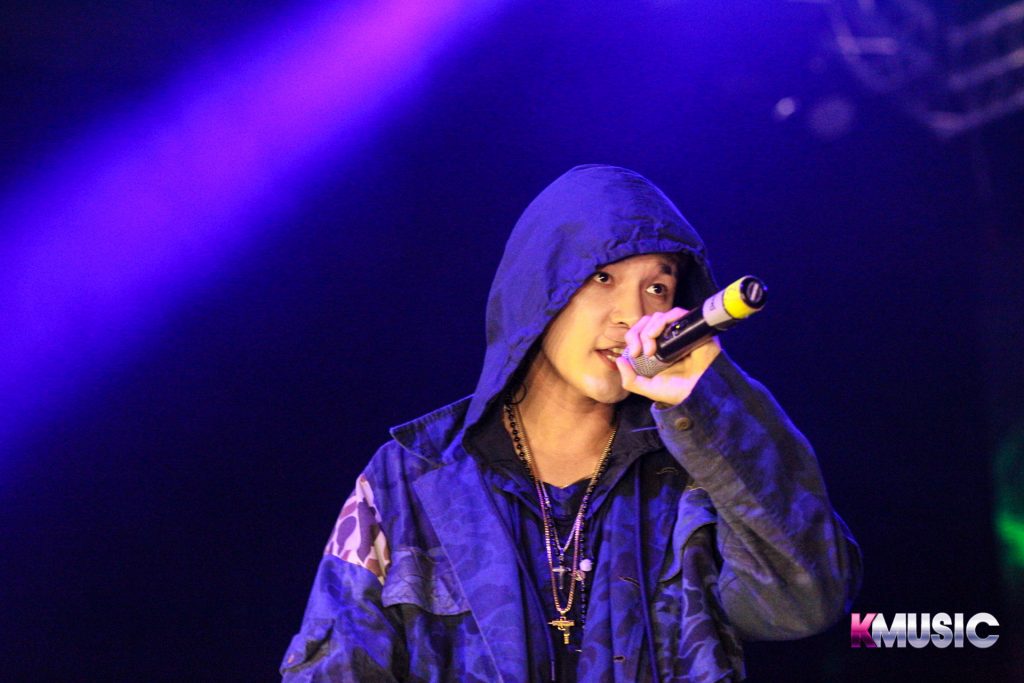 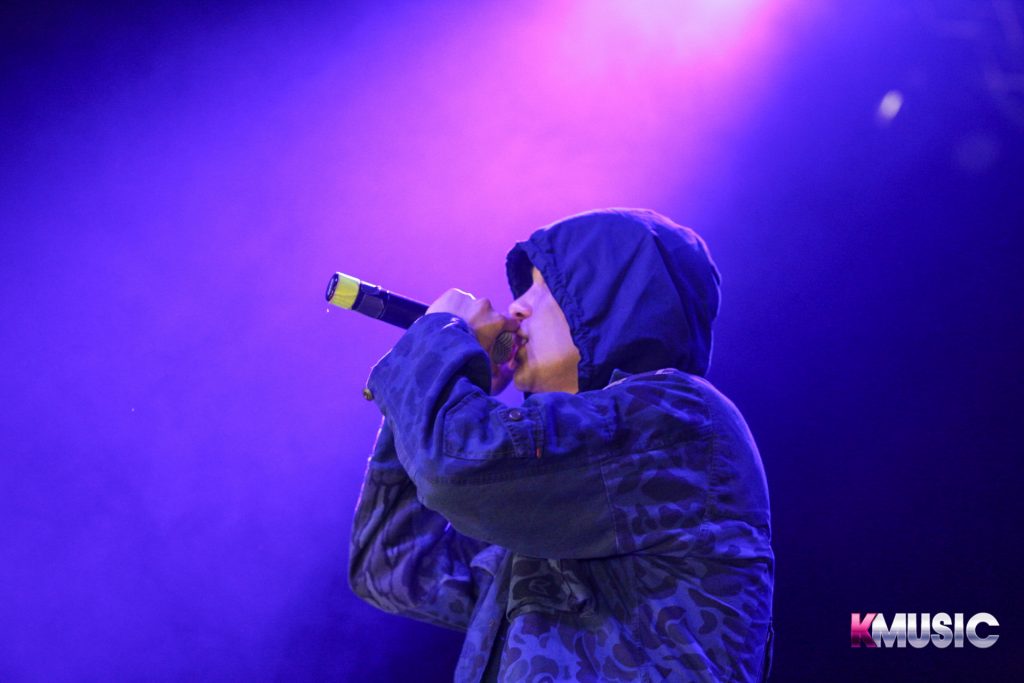 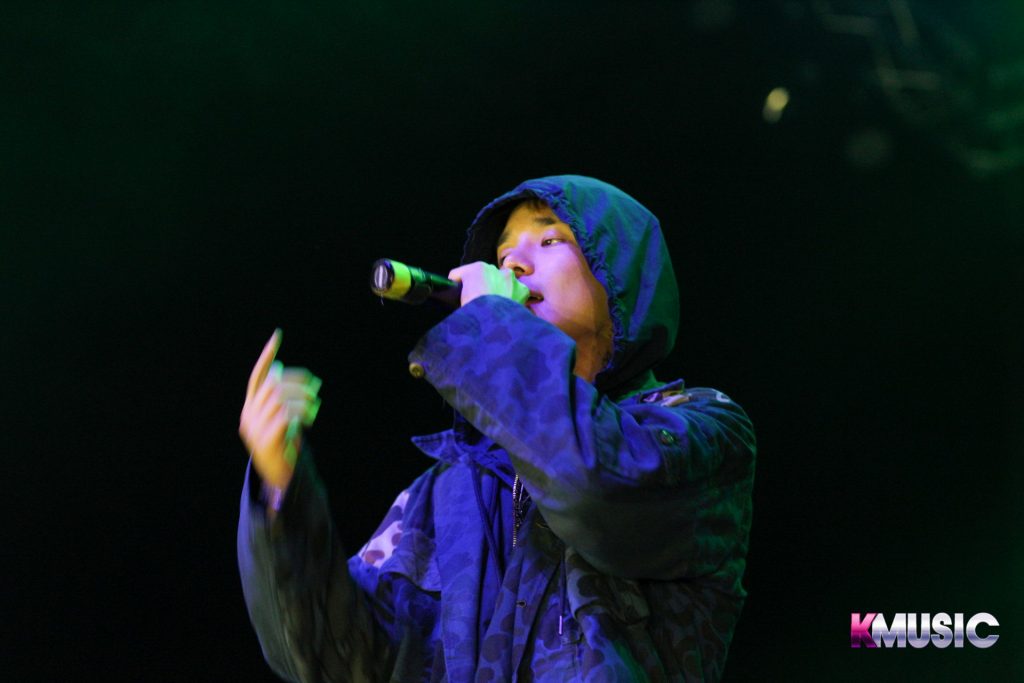 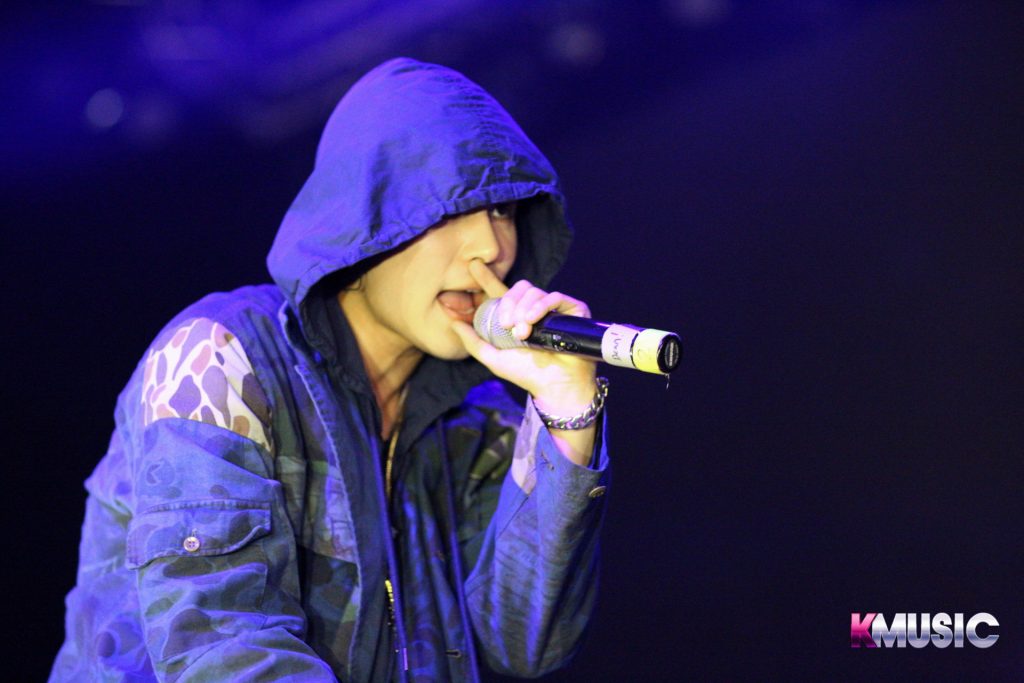 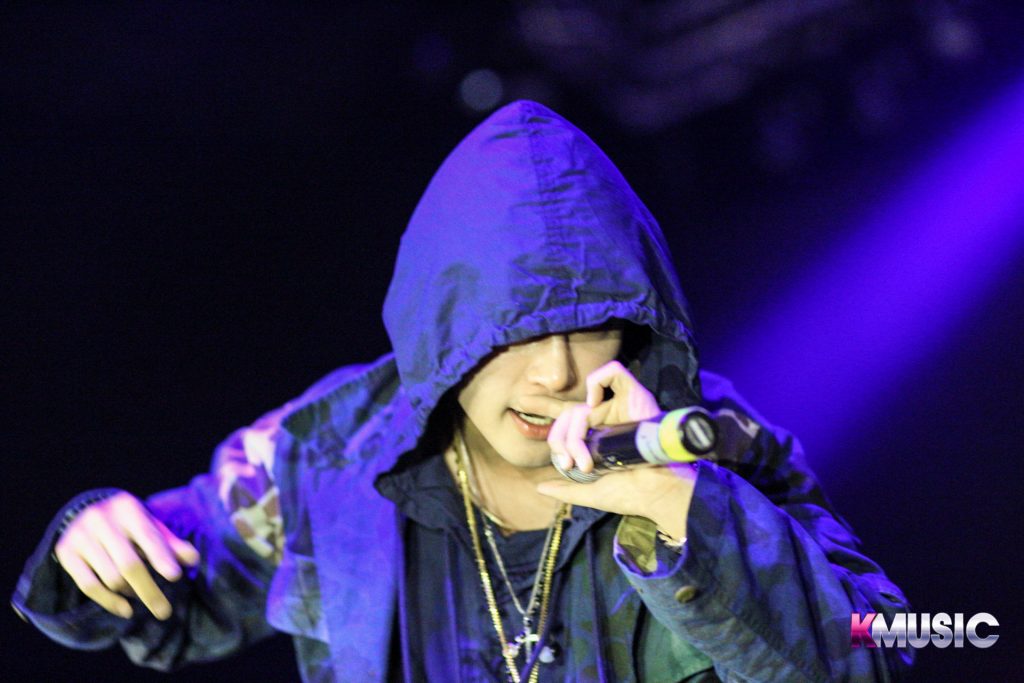 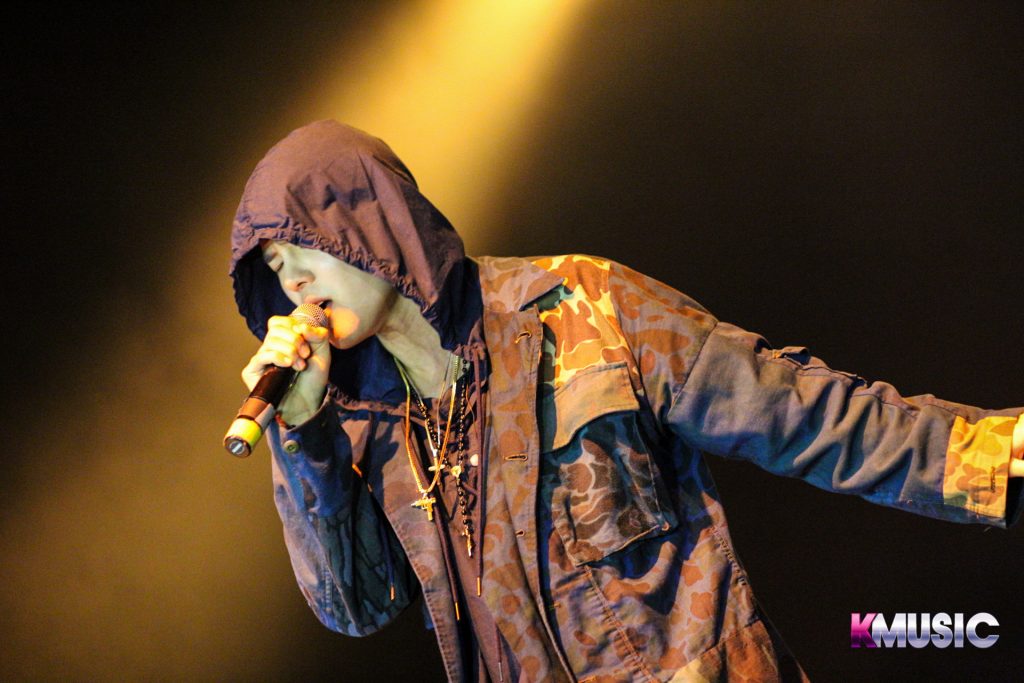 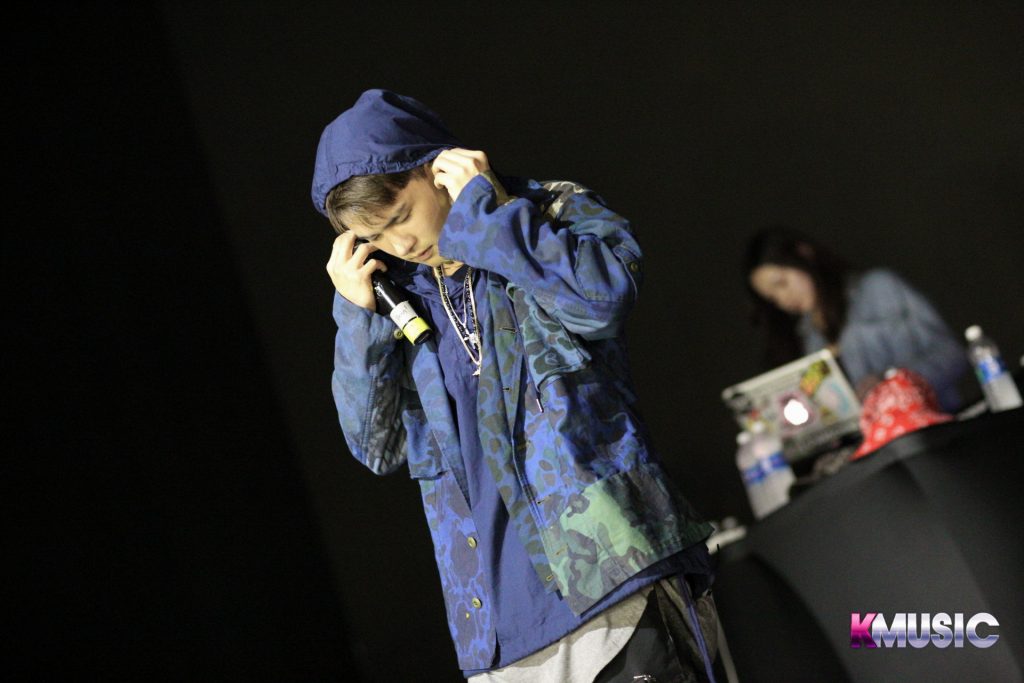 Be sure to check in with Officially Kmusic for more on Dean and your favorite Korean hip-hop and rap artists!