K-EXCLUSIVE: Dok2 and The Quiett bring the house down in Melbourne as part of their Australian tour!

K-EXCLUSIVE: Dok2 and The Quiett bring the house down in Melbourne as part of their Australian tour!

South Korean hip-hop duo Dok2 and The Quiett held a concert at Trak Live Lounge Bar in Melbourne last night. Melbourne was their last stop on their Australia 2018 tour. The duo founded Illionaire Records in 2011 and have appeared on MNET‘s ‘Show Me the Money‘. The label is home to hip-hop artists like themselves and Beenzino. Throughout the night, the atmosphere was turned up as they performed their tracks to a crowd of hundreds of fans. Lucky VIP ticket holders were able to meet them beforehand. 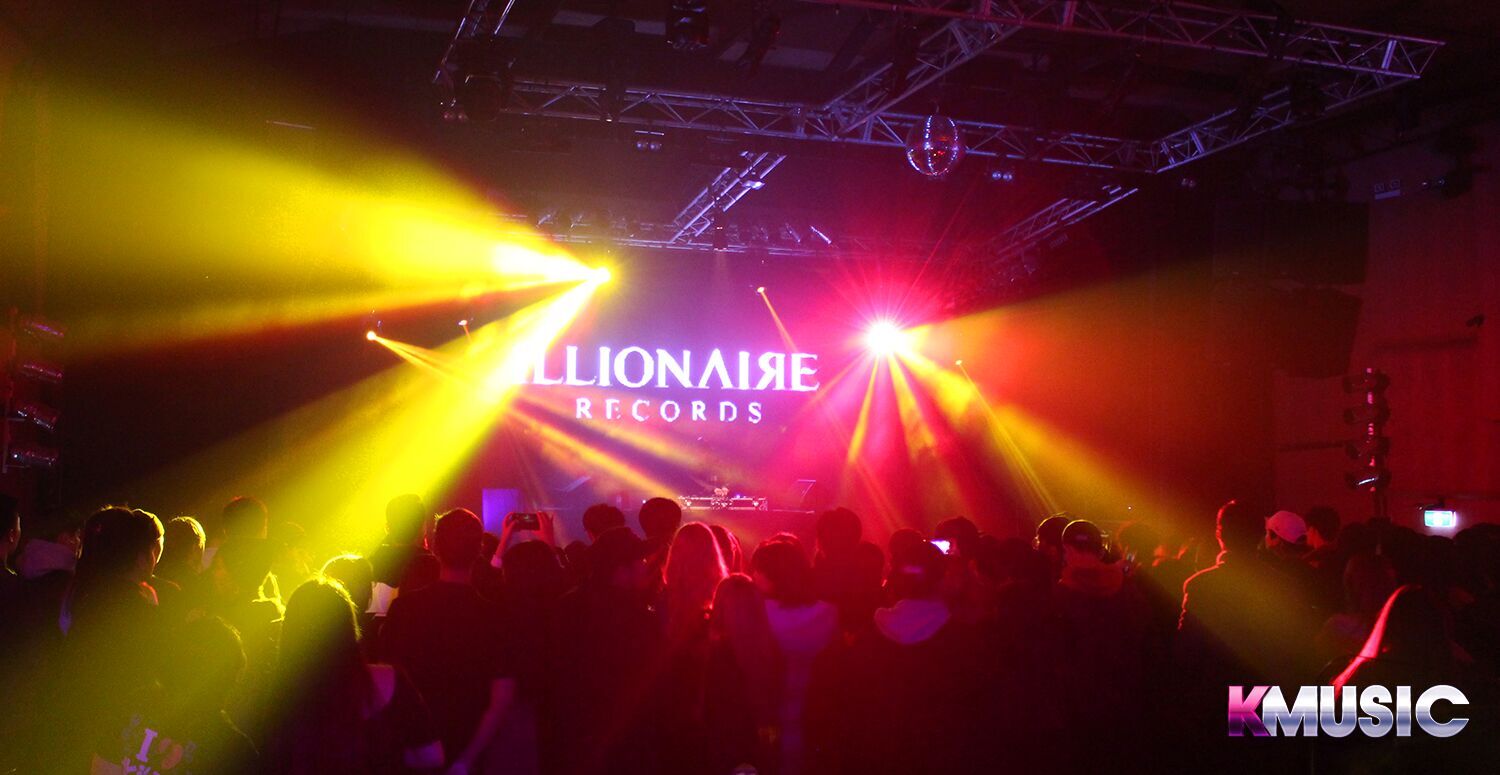 The queue to go into the concert venue was long before the concert. The venue started to fill up as the crowd anticipated the start of the concert. Some of the duo’s songs were playing on the loudspeaker while everyone was waiting, which definitely made fans even more excited for their arrival. The name ‘Illionaire Records‘ was on display during the entire concert on the stage.

When the lights went out, the crowd went crazy as this signified that the concert was about to start. Dok2 and The Quiett kicked off the concert with ‘Beverly Ills Remix‘. Fans could hear the duo rapping the intro of the song even before they came onstage. The crowd energy was high as the audience sang along with the duo “Welcome to Beverly Ills!“. ‘Don‘ was the second song, and everyone had their hands up while they performed. 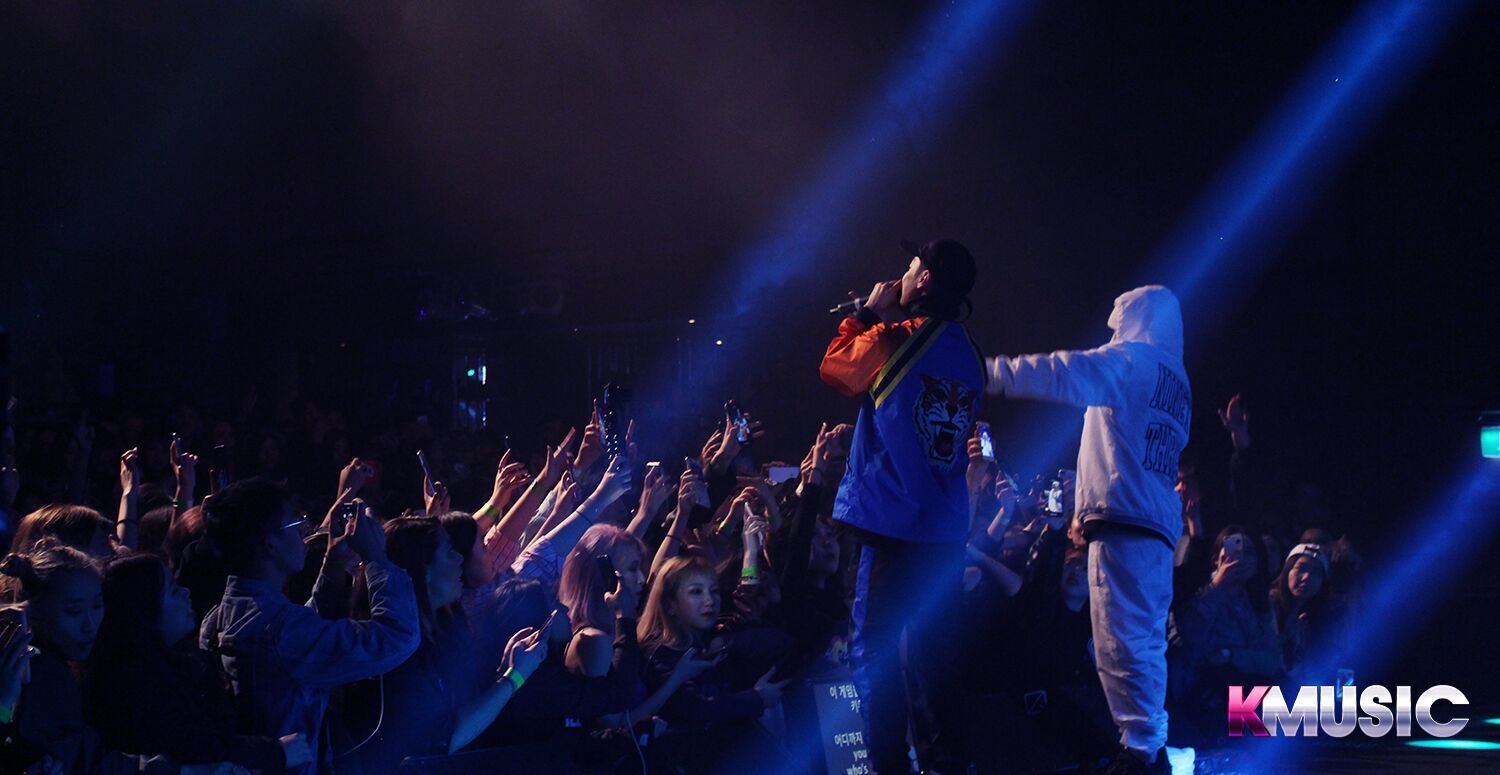 During the performance of ‘Rain Shower G Mix‘, they even sprayed water into the crowd. This just made the crowd have even more energy. Furthermore, this seemed to be relevant since the title of the song is ‘Rain Shower‘. Fans went crazy as the duo got up close and personal to the crowd. Because there was not much space between the stage and the audience, fans were able to get close-up pictures and videos of the duo, especially those in the first few rows. The crowd continued to sing along in ‘2 Chainz and Rollies‘. Dok2 and The Quiett then introduced themselves to the crowd before performing more songs. 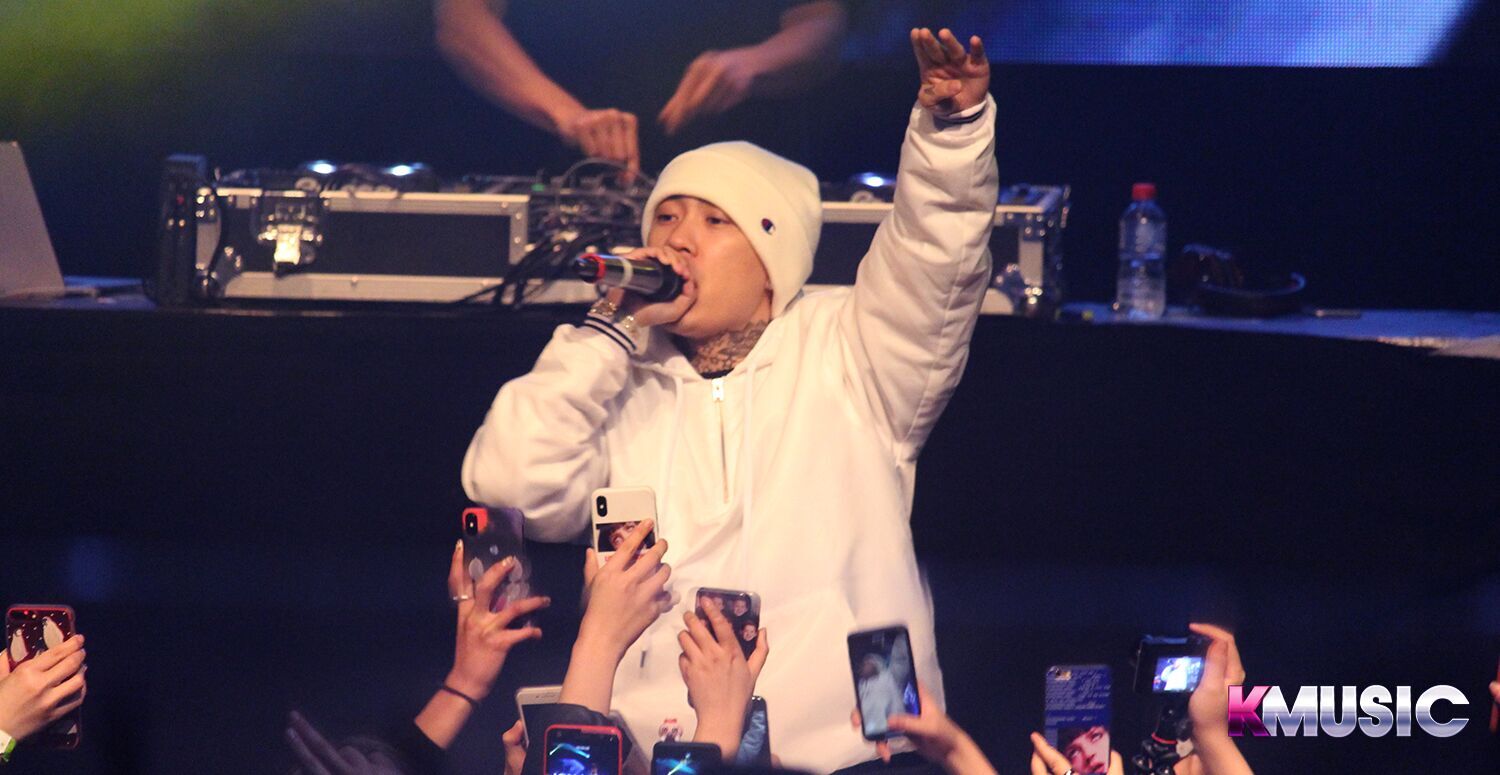 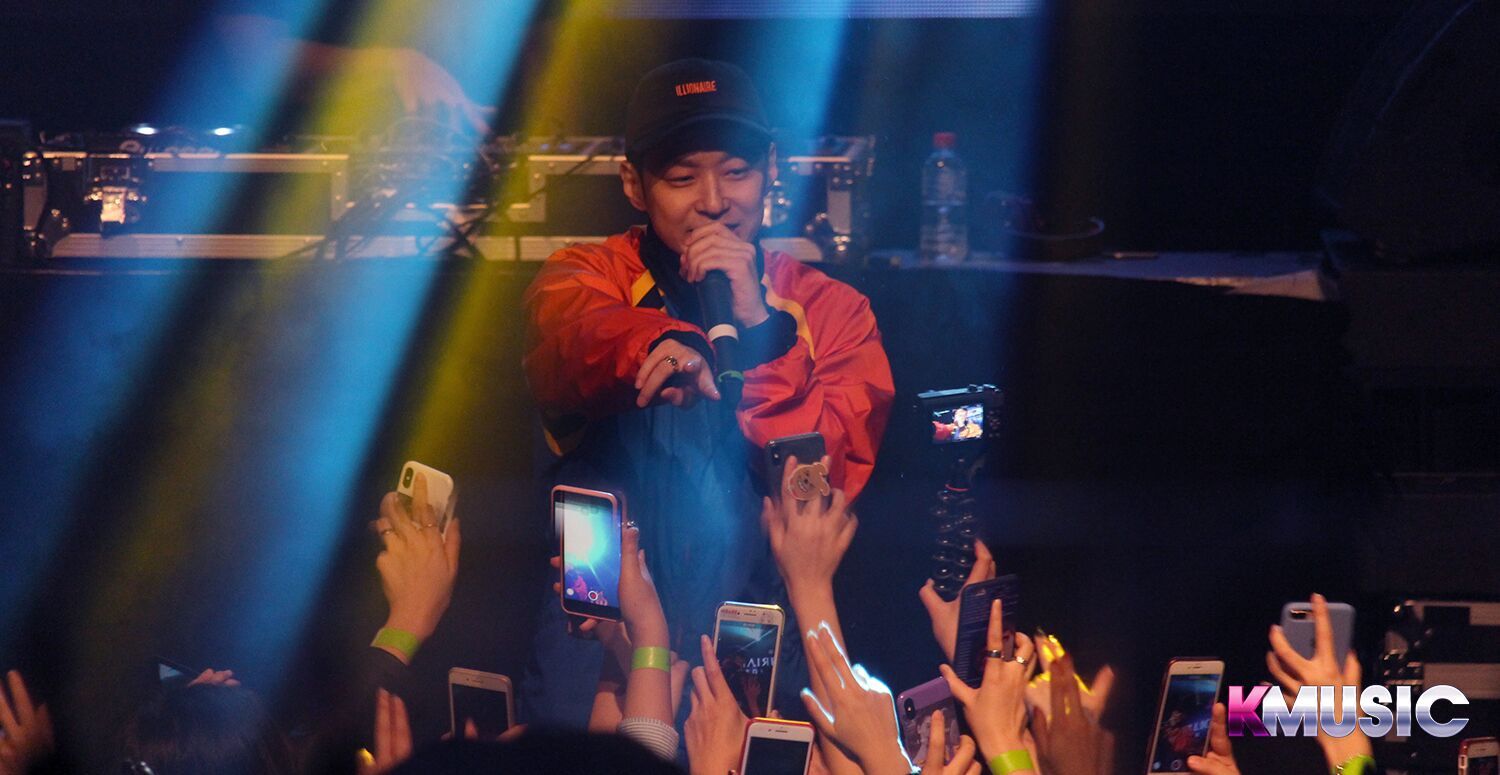 The concert continued with ‘1 Life 2 Live‘. For this song, the duo asked the audience to hold up one finger and sing along. When Dok2 raps, it seems like he doesn’t stop without a breath! The same goes for The Quiett. The crowd continued to put their hands up for ‘Bentley‘ and ‘Illusion‘. During ‘Prime Time‘, the duo and the crowd were singing back and forth “oh yeah” and “hell yeah“. In ‘Hip Hop‘, they pointed out at the crowd while the crowd chanted back “hip hop!” every time they rapped. The duo then proceeded to talk about how this was their first Australian tour and first time performing in Melbourne. 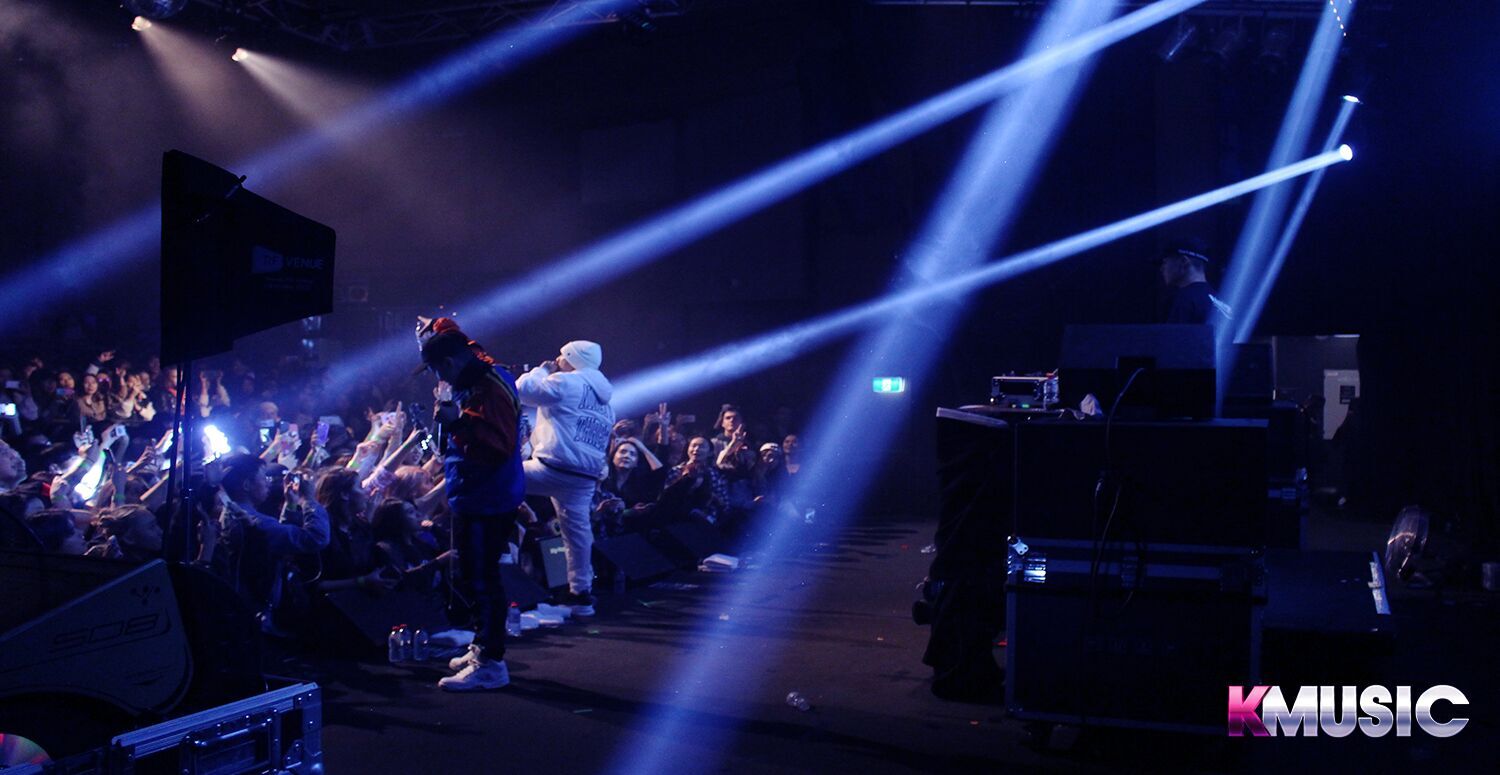 For the next song, the lyrics were “hustle hard“, which is what Dok2 and The Quiett always strive to do. The energy they had while they were rapping was clearly felt within the audience. They performed songs that featured them. The beat of ‘In My Whip‘ had the crowd bouncing on their feet. During ‘Rockin with the Best‘, lucky fans in the front got to shake hands with the duo.

They checked in with the crowd again and asked the audience what to do in Melbourne as tourists. There were many answers from the crowd, but Dok2 gave the microphone to one fan, who answered with “brunch“. The crowd laughed as Dok2 answered back “Brunch is popular everywhere!“. Then they asked the crowd where they were from, and many cities, not only in Australia, but also around the world were mentioned. 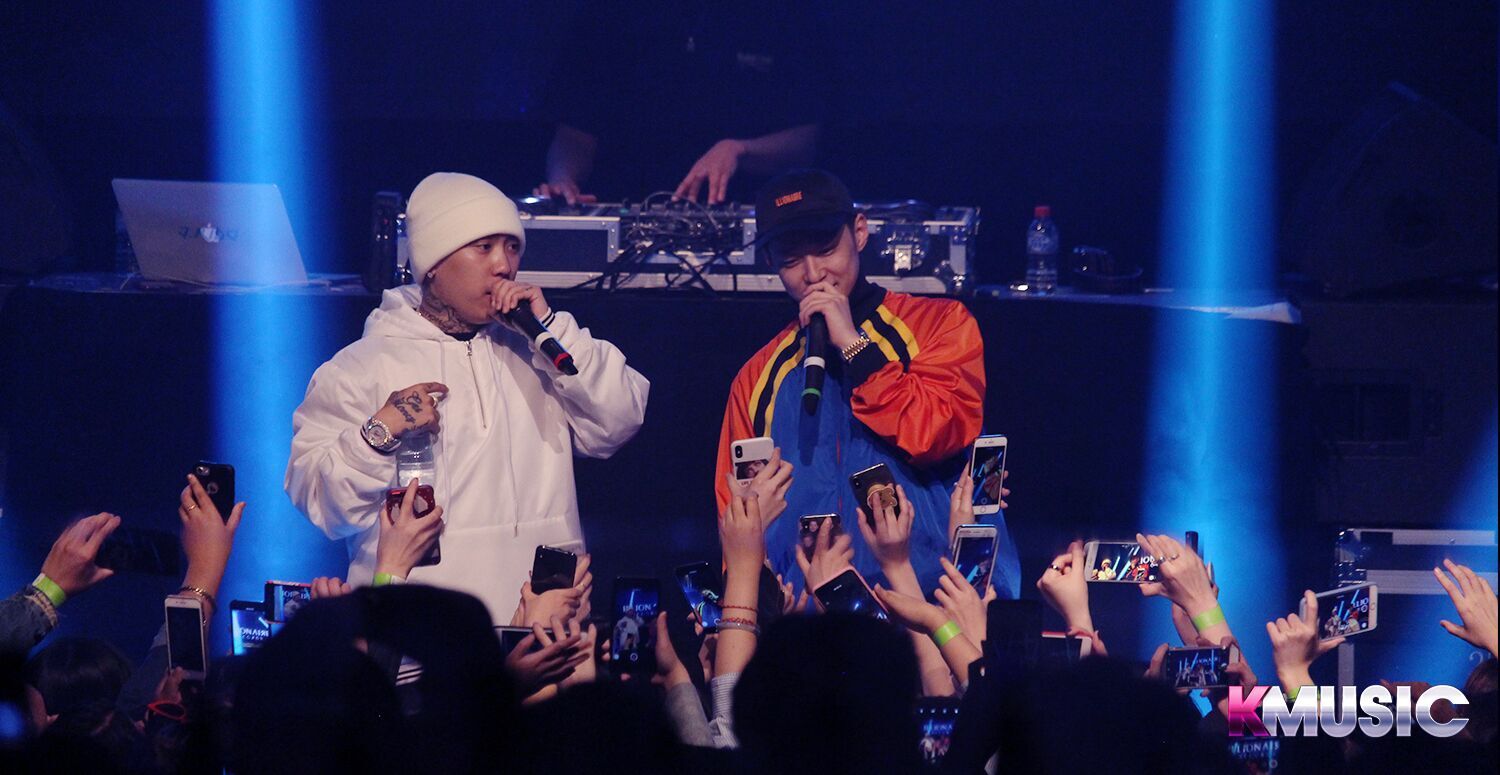 The duo performed ‘Illionaire Everyday’, and the fans continued to sing all the lyrics. Fans were definitely excited as they cheered on Dok2 and The Quiett supportively. The club atmosphere allowed everyone in the venue to feel the beat of every song pulsing through their entire body. The audience could not help but dance during the whole concert as the duo exuded hip-hop vibes that kept the crowd dancing. After a few more songs, they thanked the crowd for their love and support as they announced that they only had a few songs left. The duo then performed ‘Tomorrow‘ and ‘On My Way‘, which are songs with more mellow vibes. Even though the beat was slower, the crowd still continued to move and sway from side to side. The crowd listened intently to the lyrics as Dok2 and The Quiett rapped, and the atmosphere felt more intimate. 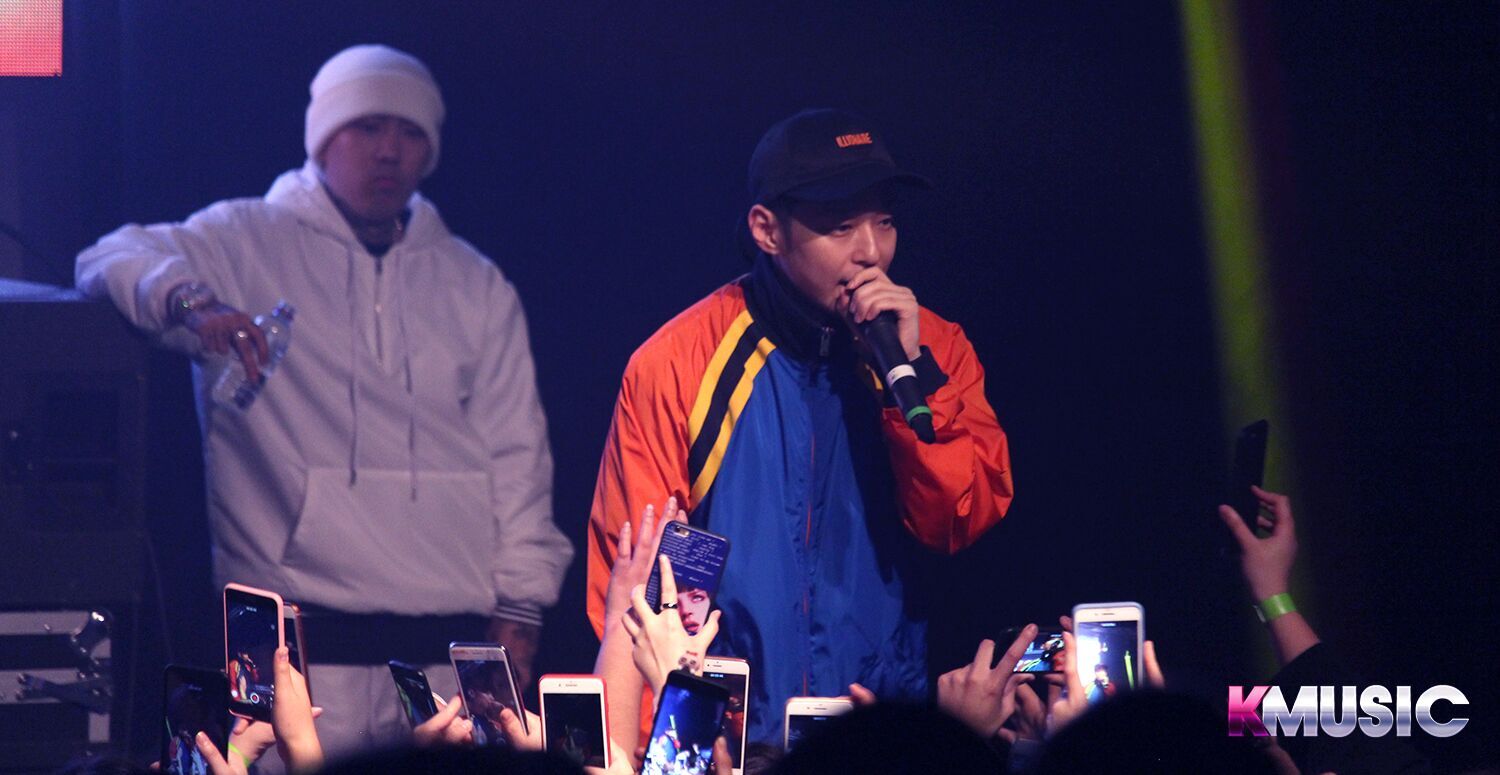 The crowd felt sad when the duo announced that it was time for their last song, ‘Stay Alive‘. Before Dok2 and The Quiett left the stage, they thanked the crowd once again. After they left, fans started screaming “Encore!“, and fans could hear the duo offstage tempting the crowd with more music. The lights went out before they came back onstage again, getting the crowd hyped up with more encore songs. They performed songs like ‘Profile‘, which actually features Illionaire Records labelmate Beenzino. Just like before, the crowd continued to sing along and repeat after them. There seemed to be even more energy in the crowd because it was approaching the end of the night. 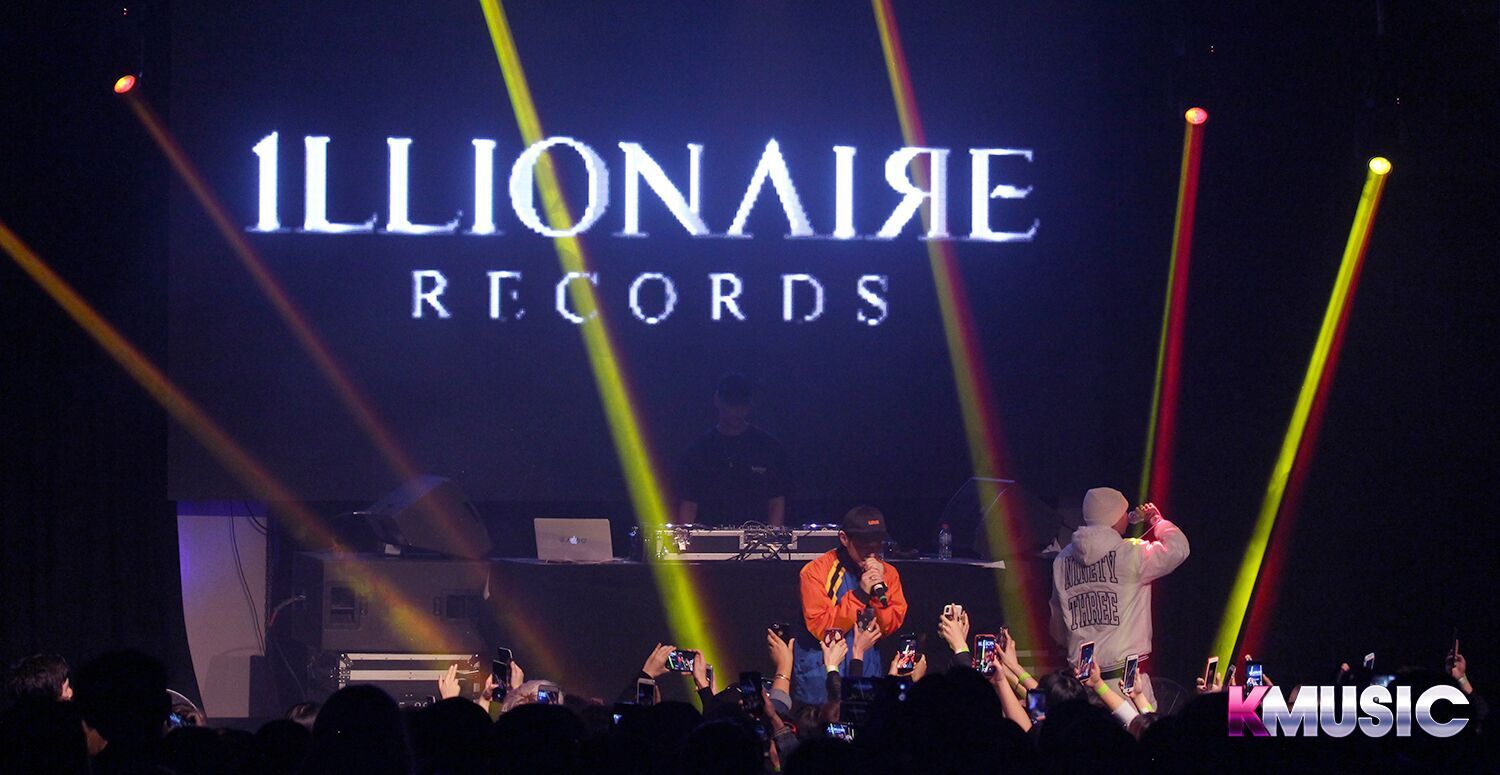 The last song they performed was ‘Lookin’ for Luv (L4L)‘, which features iKON‘s Bobby as it is from ‘Show Me the Money 3‘. This song definitely had the most crowd energy as the duo sprayed water into the crowd. There were good vibes all around when the concert ended. Before Dok2 and The Quiett left, they took a picture with the crowd.

Check out this photo of the duo posing with the crowd on Dok2 and the Quiett’s Instagram below!

Dok2 and The Quiett‘s concert in Melbourne was undoubtedly an amazing night that no one in the audience would forget. The duo took time to connect with the audience even when they were performing their tracks, which allowed fans to feel closer to them. Special thanks to KpopMe Entertainment for giving us the opportunity to cover this event.

What did you think of Dok2 and the Quiett‘s concert in Melbourne? Let us know in the comments below!