K-EXCLUSIVE : Dok2 & The Quiett Kick Off Their First Australian Tour In Sydney!

K-EXCLUSIVE : Dok2 & The Quiett Kick Off Their First Australian Tour In Sydney!

South Korean Hip Hop Artists Dok2 and The Quiett touched down in Sydney this week to start off their first Australian tour, kicking it off with their first show last night at Space Nightclub. The crowds that were all waiting to enter the venue were all buzzing with both excitement and adrenaline, especially for those lucky VIP’s who would have had their chance to meet the two Artists prior to the show.

Once the crowds started to fill up the venue, they all waited in anticipation whilst jamming out to some of their most well-known hits that were playing through the speakers.  Not long after, all the lights began to dim and the energy in the venue completely transformed. The DJ then started to set up the first track which was none other than ‘Beverly Ills Remix’ and from off the stage, Dok2 and The Quiett could be heard rapping the intro to the song and amping up the crowd before appearing on stage. 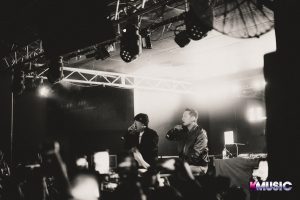 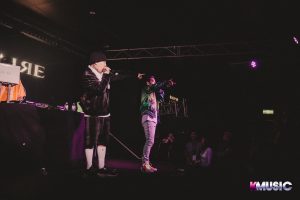 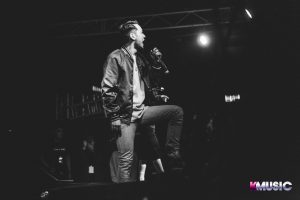 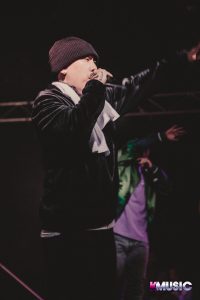 From then on the atmosphere in the venue was electric as they both gave amazing performances and held complete control of the audience. They had the crowd yelling out ‘Illionaire’ (the name of the record company that they cofounded) and jumping on the main floor which literally had the whole venue shaking. Throughout the show, the chemistry between the two was pretty evident as they weaved in and out of each other’s songs creating a seamless ebb and flow that continued all through the night.

They performed a number of their songs in which they both feature in such as ‘2 Chains and Rollies’ ‘In My Whip’ ‘Illionaire Everyday’ and ‘Rockin with the best.’ They also had equal opportunity to perform some of their solo tracks which really brought light to their individual styles like The Quiett’s more Soul and Rnb flow compared to Dok2’s solid beats and spitfire rap delivery. 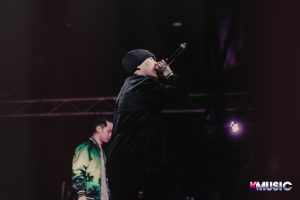 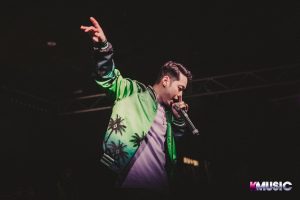 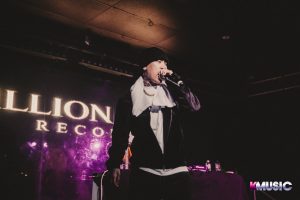 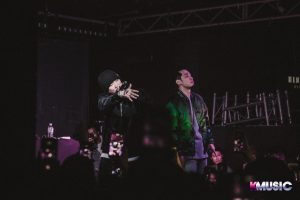 At one point of the night, they did face minor technical difficulties with their audio but managed to take the opportunity to thank the fans for coming to the show and showing them so much love and support. They also expressed how happy they were to be in Sydney whilst praising the weather here in comparisons to Korea’s currently hot and humid climate. After fixing the minor issue they went straight back to performing other hits like ‘Tomorrow’ ‘On My Way’ and ‘Stay Alive’. They never failed in hyping up the crowd. Even at one point in their performance of ‘Rain Shower G-Mix’ where they had fans going wild as they sprayed water on the audience standing right up front of the stage. 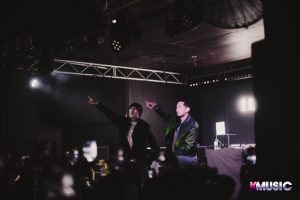 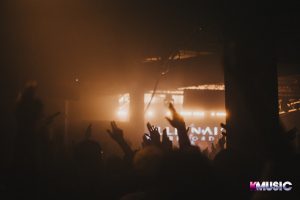 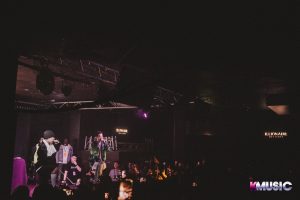 Needless to say Dok2 and The Quiett brought the house down with their successful show last night and are hyped and ready to do the very same tonight in Melbourne, so make sure you stay tuned for Melbourne’s coverage of the event. Special thanks to KpopMe Entertainment Australia for giving Officially Kmusic the chance to cover the event. We can’t wait to hear whats in store for these two amazing artists and their record label ‘Illionaire Records’.

Hey guys! My name is Stephie and I’m one of the Sydney based Journalists here at Officially Kmusic. I’ve got a background in Music and I’m also a Travel Nutt so I try to go to either Japan or Korea at least once a year. I love way too many Kpop groups to name them all in this bio but I will say I’m really in KRnB specifically artists like Dean and Crush. :)

Scroll for more
Tap
K-EXCLUSIVE: The Rose blesses fans with English in latest Interview
K-EXCLUSIVE: Dok2 and The Quiett bring the house down in Melbourne as part of their Australian tour!
Scroll
Loading Comments...