Czech Republic, a small country in Central Europe, is not often recognized by Korean entertainment companies and so European tours never make their way to this beautiful land. But this changed when Drug Restaurant picked Czech as one of the best countries to add to their European Tour. The band visited the capital city Prague on 24th September as the last stop in their ‘2017 Europe Tour‘ and by doing so they created a historical moment for all Czech K-fans.

Fans started to gather in front of the venue around four in the afternoon. But the concert, and so entrance to the club, was postponed due to the band’s plane being delayed. The Autumn weather was cold and the fans started getting nervous, so they used the time to get to know each other and arrange things for the fan projects they wanted to accomplish. When two taxis stopped in front of the venue, no one really noticed, but then the doors opened and the members jumped out of the cars! The fans cheered for them, happy to finally see them. The energy was back in their veins and excitement started to bubble in front of the club. The members moved into the venue hurriedly and everyone prepared to enter after them.

The concert started after a long wait, but it was worth all the time spent waiting. The band performed  ‘Don’t be afraid‘, ‘Starved‘, and  ‘An X like you‘ as their opening songs for the evening.

“Nice to see you guys here in Prague,” frontman Jung Joonyoung welcomed the crowd. After the members introduced themselves he continued: “This is our first time to visit Prague in our life… I love Pilsner!” He tried to read the whole label on the beer can he had in hand, gathering loud response from the fans. He then apologized for the delayed show and wrapped up by saying: “Anyway we are here, you guys are here, so let´s enjoy tonight!”

[Note: Pilsner Urquell is one of the most well-known beers in Czech Republic and in whole Europe]

Another set of songs followed. ‘What?!‘,  ‘Alibi‘, ‘Holiday song‘, Joonyoung’s solo song ‘Sympathy‘, ‘Ain’t I Good to You?‘, ‘Escaper‘, and ‘Catwoman‘ filled the venue. Sounds of guitars were mixed with fans’ loud cheering and singing. The boys were amazing, playing their instruments with passion and sharing their incredible music with everyone present.

During one of the talk sections, the members tried to learn some new Czech words from the fans.
Joonyoung: “Actually, we did not prepare your language as we were so busy. How do you say ‘Hi’ in your language?”
Fans: “AHOJ!”
Joonyoung: “A-what.. Awo? Aho? Okay, never mind.”
Dammit and Seokwon joined in and got the correct pronunciation. Seokwon then repeated it several times, enjoying the cheers of agreement and praise from the fans.
Joonyoung: “How to say ‘I love you’?”
Fans: “Miluji tě!”
And Seokwon immediately picked that up saying “Ahoj, miluji tě!”, reaching hearts with one simple sentence. Joonyoung praised his skills to pick up a new language so easily. 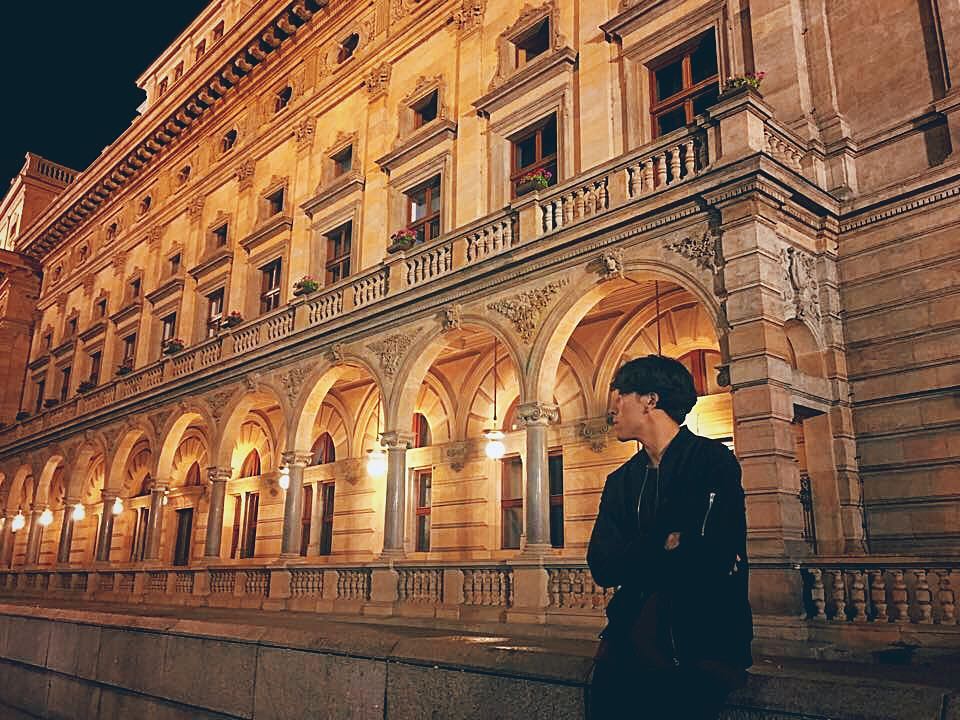 The members shared that they planned to spend a few more days in Prague and hoped to see more of it as they, so far, had only seen Prague from the car.

Seokwon asked fans what they should see and the fans answered with some of the most popular tourists places, like The Charle’s Bridge or Prague Castle. One of the fans yelled that they should visit the John Lennon wall, but Joonyoung cutely misheard it as ‘jjajjangmeyon’ (black bean noodles) which made his band members miss Korean food.

The concert continued with more songs. Drug Restaurant performed tunes like ‘Drink O2 in the Water‘ and ‘Mistake‘, and then did covers of ‘Don’t Look Back In Anger‘ by Oasis, Jet’s ‘Are You Gonna Be My Girl‘ by Jet and ‘We Will Rock You‘ by Queen.

When the band left the stage before the encore the fans went crazy chanting for more songs. Dammit returned to stage with a Czech flag in his hands, Joonyoung carried another can of beer and Seokwon appeared with a beautiful smile approaching the fans. But it was Drok.Q who gained the most screams when he took off his shirt and performed the encore shirtless. The encore songs were ‘OMG‘ and ‘Lizard‘ and not only the band, but also the fans gave it their all in jumping, singing and enjoying the remainder of the evening.

The whole setlist for the Prague stop:

The whole concert ended seemingly in just a few minutes, but it was in fact more than two hours long. Fans remained in or in front of the venue for a long time, not believing what just happened. Their dream of attending such concert in Czech truly become reality. It created an amazing memory for them and for Drug Restaurant as well.