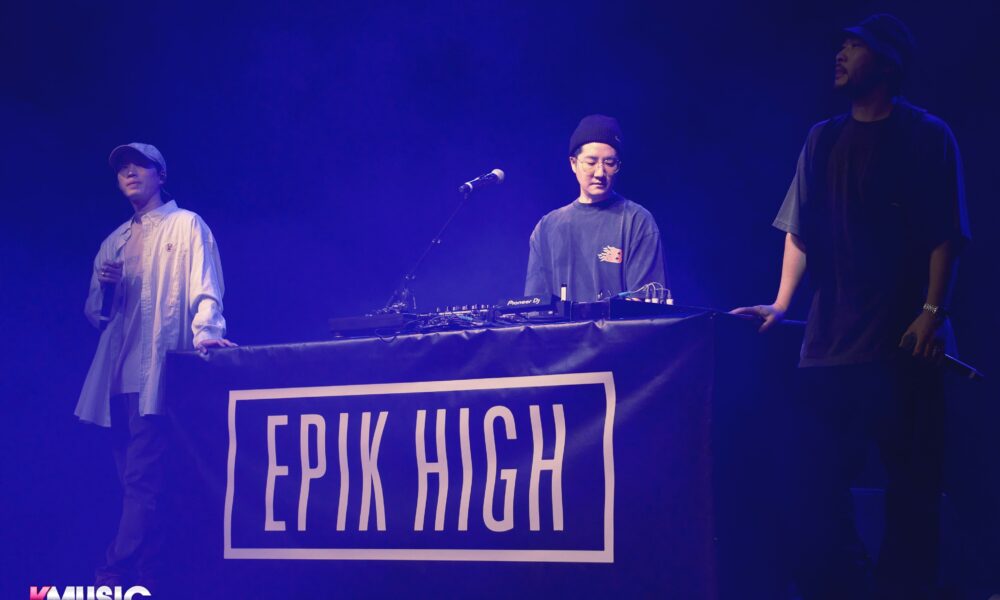 First coming to Australian shores in 2019, fans of the legends EPIK HIGH all wished they would return some day. In July, the group returned with their ‘Epik High is Here Asia Pacific Tour 2022’. Waiting in line, the temperate weather lead the backdrop of hundreds of fans queuing and chatting around the block at Forum Melbourne and Enmore Theatre in Sydney. Energy grew as you entered the standing area with speakers playing the group’s hits.

As the lights dimmed, anticipation reached its climax as the crowd rallied for their welcome. Beginning with ‘Prequel’ and ‘Fly’, the trio came to the stage one by one, supported by cheers after each entrance. Being the young-at-heart people they are, Tablo introduced his fellow group mates as the ‘the father of K-Pop’ and ‘Born from the Han river’ from the Melbourne show, garnering laughter from the audience. The hyperbolic statements continued as he slowly announced that ‘Epik High is Back’….with an echoing effect after each word by DJ Tukutz.

Changing tone, the group performed charismatic tracks like ‘FaceID’, ‘Rosario’, and ‘Burj Khalifa’. Their performing abilities were on full display as they rap with effortless swagger, absorbing the audience into a sense of awe and agreement.

With another break, the trio addressed the pandemic stopping the world, and that in global uniting, they’ve managed to come back and gave the audience an uplift for our efforts in getting through the tough times. In a change of pace, Tablo mentions that Mithra Jin was looking at real estate in Sydney during the show because he loved it there.

Bringing the vibes back they sung ‘Super Rare’ and ‘Love Love Love’, passing the mic to us to sing along. Jumping in unison to the beat, the atmosphere was electric as we all came together as one unified body, letting go and enjoying our time there.

The fun times only continued as the songs continued and Tablo casually finishes rapping his section only to jump into Mithra Jin‘s arms and as they descend down the stage stairs to interact with adorning fans. With a ‘Speck of dust’ worth of talent in dancing, DJ Tukutz showcased his quirky dance moves, and water was thrown from bottles, spraying all through the front rows to the joy of all. The festive feel went sky high by the time ‘High Technology’ came around.

Through the madness in the Melbourne show, Tablo noticed a single Croc and a pen on stage. Assuming the fan wanted it signed, he took a little stab that the shoe wasn’t very important as only one was on stage. But, finding out in disbelief that the fan bought the shoes purely for them to sign, he pushed on a story that the two shoes would be reunited and live happily ever after. In a hilariously sarcastic manner to avoid other things being thrown, the group thus signed with Tablo writing ‘Think about your life’.

As the stage was about to end, the group came back for an encore from the roaring volume of fans as hits like ‘No Thanxxx’ and ‘Born Hater’ brought the climax.

The night was a blast as the group finally concluded, waving to the people who’ve supported their journey to arrive here. Chatter ruptured afterward as we all reflected what the fever dream happened in the last 90 minutes, stapling it into our memories till the hopeful next time they come. Thank you to Ticketek, TEG Live, CK Star Entertainment, and Imagikai for allowing us to attend and cover the event!