The five-member band F.T. Island visited Warsaw, Poland, on 24th October as part of their ‘2017 FTISLAND LIVE [X] IN EUROPE tour‘. Polish fans were very happy to have this band in their city, and we here at Officially KMusic were there to witness how much the crowd truly love F.T. Island.

The concert took place at Palladium, a venue near the city center. Fans gathered nearby, lined up according to their ticket type, and excitedly talked about the upcoming show. When everyone was allowed to enter the venue, many thrilled screams came from Primadonnas (the official name for F.T. Island’s fans) when they saw the stage. The back of the stage had the name of the band written on a dark background accompanied by names of songs and part of lyrics, all written in the fandom’s official color of sunshine yellow. The writings changed color to purplish blue when the hall finally went dark and the concert was about to begin, at which point the fans took out their yellow lightsticks and started to chant. When the band members appeared on stage, all wearing mostly white clothes, the chants changed into one huge, echoing scream of excitement. 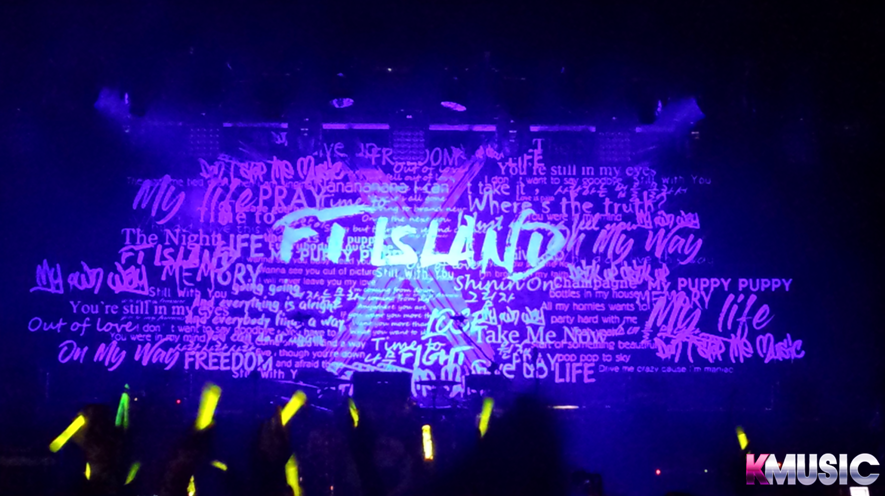 The first song performed was ‘Wind‘, the band’s latest addition to their song list. This beautiful track, written about calling your love back again, has parts that are very hard to sing. Hongki performed the piece beautifully, even though he later admitted he had a sore throat. To the ears of the Primadonnas, the bits of raspy voice only added a cherry on top. As it was, the fans sang along so loudly that Hongki had a few opportunities to rest a little bit between showing us his amazing voice.

The next songs were ‘Want‘ and ‘Champagne‘. The first MENT followed and the members introduced themselves in Polish. Despite the language being difficult to pronounce, they did a great job and gained an amazing response from the fans, and it didn’t end with introductions. They tried to communicate with the fans more, showing off some phrases they learned before the concert before another set of songs; ‘The Night‘, ‘I Hope‘, ‘Paparazzi,’ and the bubbly ‘Puppy‘ filed the venue. The fans were jumping to the rhythm and clapping their hands in the air when the band members asked them to cheer. The atmosphere was pumped up and everyone could tell the band was having a great time on stage as well. 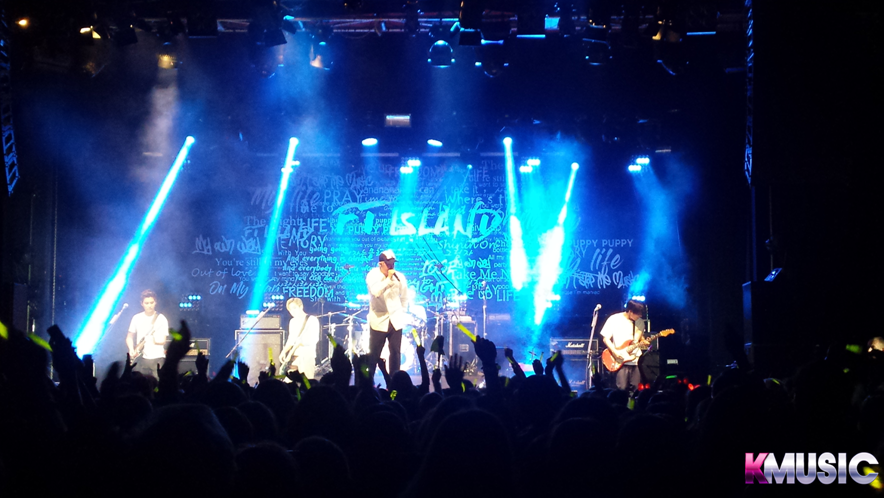 During the next talk break the fans stomped their feet to show their happiness and appreciation. Jaejin looked around, quiet surprised by the sound, but smiling widely when he realized it came from the fans.  Hongki also noticed it and jokingly said they thought a train was passing. He then continued to say how thankful they were to the Polish fans for showing such support and coming to see them. When he mentioned that it has already been ten years since their debut, the fans started singing Polish version of Happy Birthday song in unison.

“We are going to sing a few of our songs we released in the past ten years, so please sing with us if you know the song, because we are going to need your energy,” encouraged Hongki. This is how he introduced ‘Love Sick‘ and as he wished, fans joined in and sung the whole song with him. After that, ‘Life‘ and ‘Memory‘ followed, and before the next song, Hongki took of his cap and asked the fans if the new hair suits him. The fans praised him and his newly blond hair for looking very handsome. He went on to remark on how the fans knew a lot of their songs and asked whether they knew the Japanese songs as well. When the fans proudly said they do, he started a little test where he started a song off and then let the audience continue singing. Apparently after a few attempts at humming and singing, the band was satisfied with the Primadonna’s command of the melody of ‘1234‘ to begin their final set. 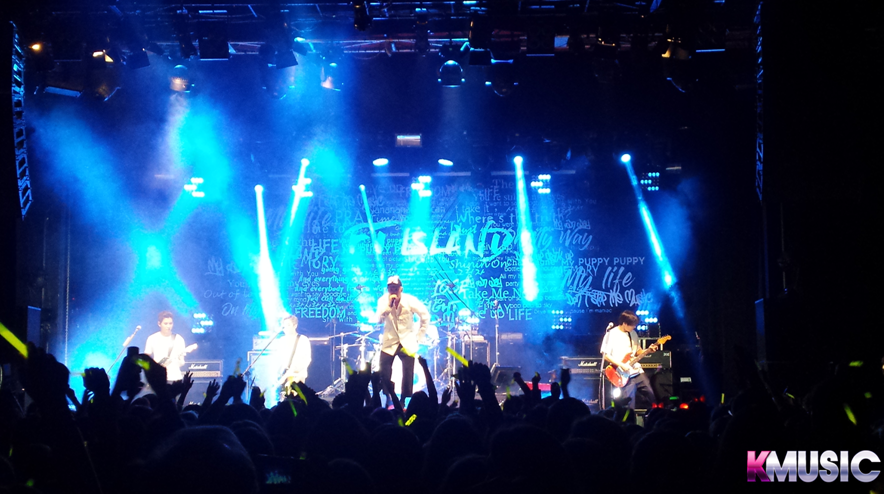 This was only a start of a rollercoaster of songs that made the fans jump, scream, clap their hands in the air and overall enjoy the concert to the fullest. They all went wild during ‘Pray‘, ‘Shining On‘ and ‘Freedom‘. These songs were also the last songs of the show. When the band went backstage and the venue still remained dark, the fans started chanting the name of the band while clapping their hands. Of course their voices were heard and the band returned to stage, now wearing the tour’s official shirts. The encore was pumped especially thanks to the song ‘Take Me Now‘.

But the fans were not willing to let the band go. Polish Primadonnas wanted more – they wanted to prolong the night, and F.T. Island was having such a great time that they added a medley of song at the very end. They were singing with the fans and even taking requests for songs that could be performed like this. So it was thanks to the Primadonnas themselves that we all heard parts of a songs like ‘Severely‘ and ‘Love Love Love,‘ and a full rendition of the song ‘Orange Days‘.

The whole concert ended with the most positive vibes we could imagine, leaving the fans loving the band even more, and hopefully giving Hongki, Jaejin, Jonghoon, Seunghyun and Minhwan warm memories of their long-awaited concert in Poland.

We thank F.T. Island for coming to Europe, and also MyMusicTaste for bringing this incredible band to us!