K-EXCLUSIVE: 5 memorable moments from Eric Nam’s concert in Melbourne, the last stop on his Australian tour

K-EXCLUSIVE: 5 memorable moments from Eric Nam’s concert in Melbourne, the last stop on his Australian tour

Melbourne was the last stop on Eric Nam‘s Australia tour this year. After completing two successful nights in Brisbane and Sydney respectively, he came to perform at 170 Russell in Melbourne on March 11th. In a private and intimate setting, Eric gave his all to the Melbourne crowd who had been waiting for hours to finally see him perform. Melbourne is special to Eric because he performed one of his first international shows there, so it has a special place in his heart. Here are the five most memorable moments from the concert.

The energy from the crowd

The crowd energy was high right from the get-go when Eric started the concert by performing ‘Potion‘, followed by ‘Don’t Call Me‘. Later on, he performed ‘Float‘, which was part of the soundtrack for the film ‘Hotel Transylvania 3‘. These energising songs had the audience grooving, dancing and singing along. Furthermore, Eric performed the choreography with his backup dancers made the crowd go crazy.

One particular memorable song was when Eric performed ‘Body‘, originally featuring Timbaland. This song was particularly sexy as the choreography involved a lot of body rolling, hence matching the title of the song. The crowd went absolutely crazy as they jived to the music. He even did the cute corgi butt dance during the bridge of ‘Body‘. After performing, Eric told fans a hilarious anecdote about his mom’s first reactions to his performance of ‘Body‘.

The concert also ended on a high as Eric performed his hit songs ‘Honestly‘ and ‘Can’t Help Myself‘ during the encore before he thanked the crowd one last time. 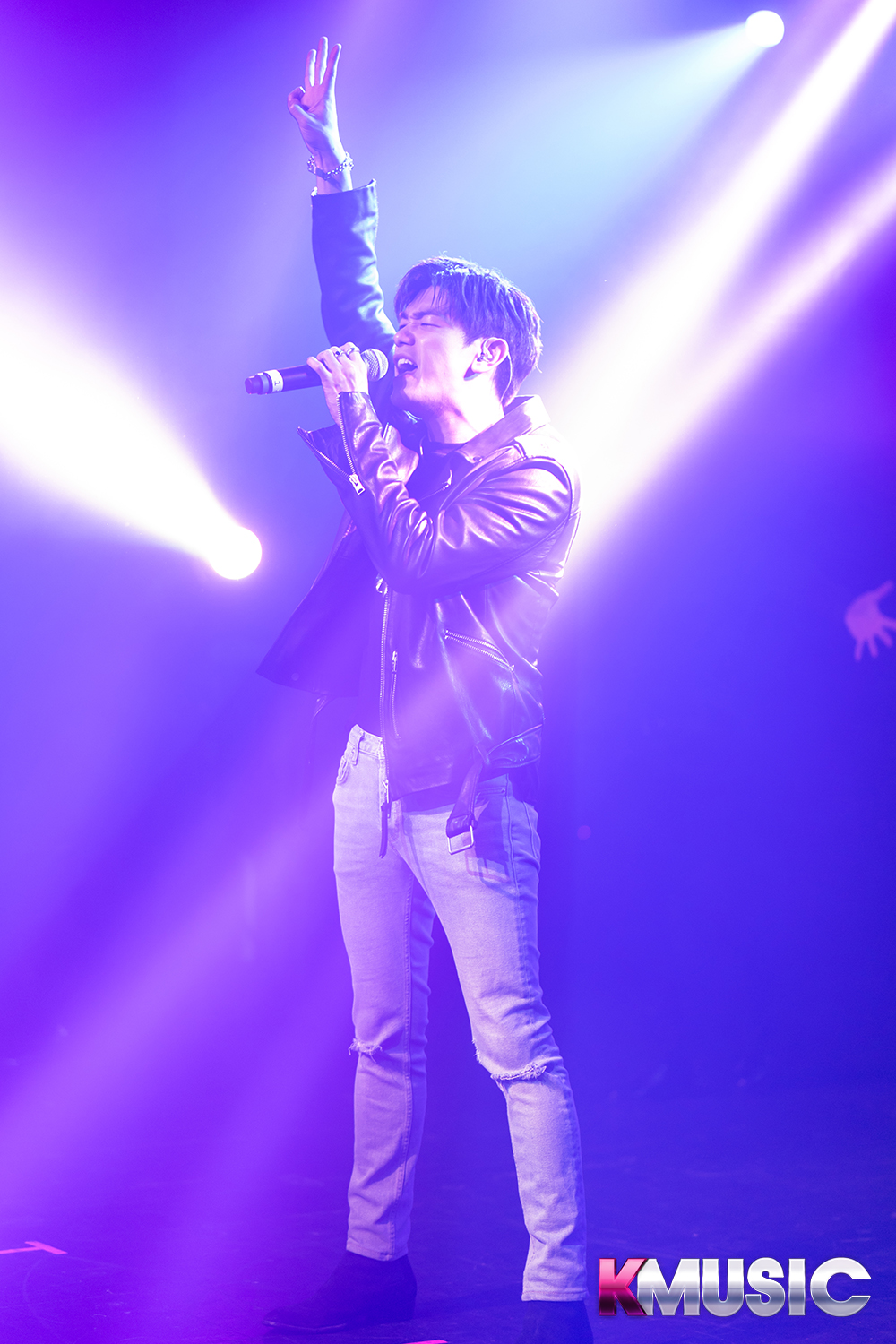 How sassy Eric is

Eric has a few sassy songs like ‘Don’t Call Me‘, ‘I Don’t Miss You‘, ‘Idea of You‘, ‘Into You‘ and ‘This is Not a Love Song‘, but his sass was evident during his speeches.

At the beginning of the night, Eric said that he wanted to be sassy for the night. He did not disappoint as his sass shone through his speeches. While looking out into the crowd, Eric read out a sign that said “your name is Eric Nyam cause you’re a snack”

A recurring topic of the night was Vegemite. It is clear that Eric and Vegemite do not go well together. Many of the fans kept bringing up Vegemite during crowd interactions, a topic that Eric wanted to avoid because he does not like Vegemite. He even said “don’t keep throwing Vegemite in my face.” When Eric was addressing the graffiti drawn for him at Hosier Lane, he mentioned that the elephant was holding a jar of Vegemite. Similarly, when Eric proposed to give a TED Talk and asked the audience for suggestions on topics, many people screamed out “Vegemite!” which he refuted hilariously.

Eric is known for the beautiful ballads that he produces, such as ‘Hold Me‘. Before performing it, he stated that he wrote ‘Hold Me‘ when he was going through a hard time and he wanted his fans to hold on to him for just a little longer.

Eric‘s vocal talent is one of the reasons why he is such a beloved singer among fans. He clearly showcased this talent through his chill and relaxing tunes. Eric was able to effortlessly hit all the high notes in ‘Good For You‘. During ‘Interview‘, Eric did some aegyo especially when performing the chorus. Eric’s performances of ‘Lose You‘ and ‘Cave Me In‘ also made fans emotional due to the sentimental nature of the songs.

Towards the end of the night, Eric asked the audience what songs they wanted to hear that hadn’t been performed yet. After hearing requests from the audience, he proceeded to sing short snippets of ‘Bravo My Life‘, ‘Stop the Rain‘ and ‘I’m OK‘. Without instrumentals, his beautiful and melodious voice was even more enhanced. 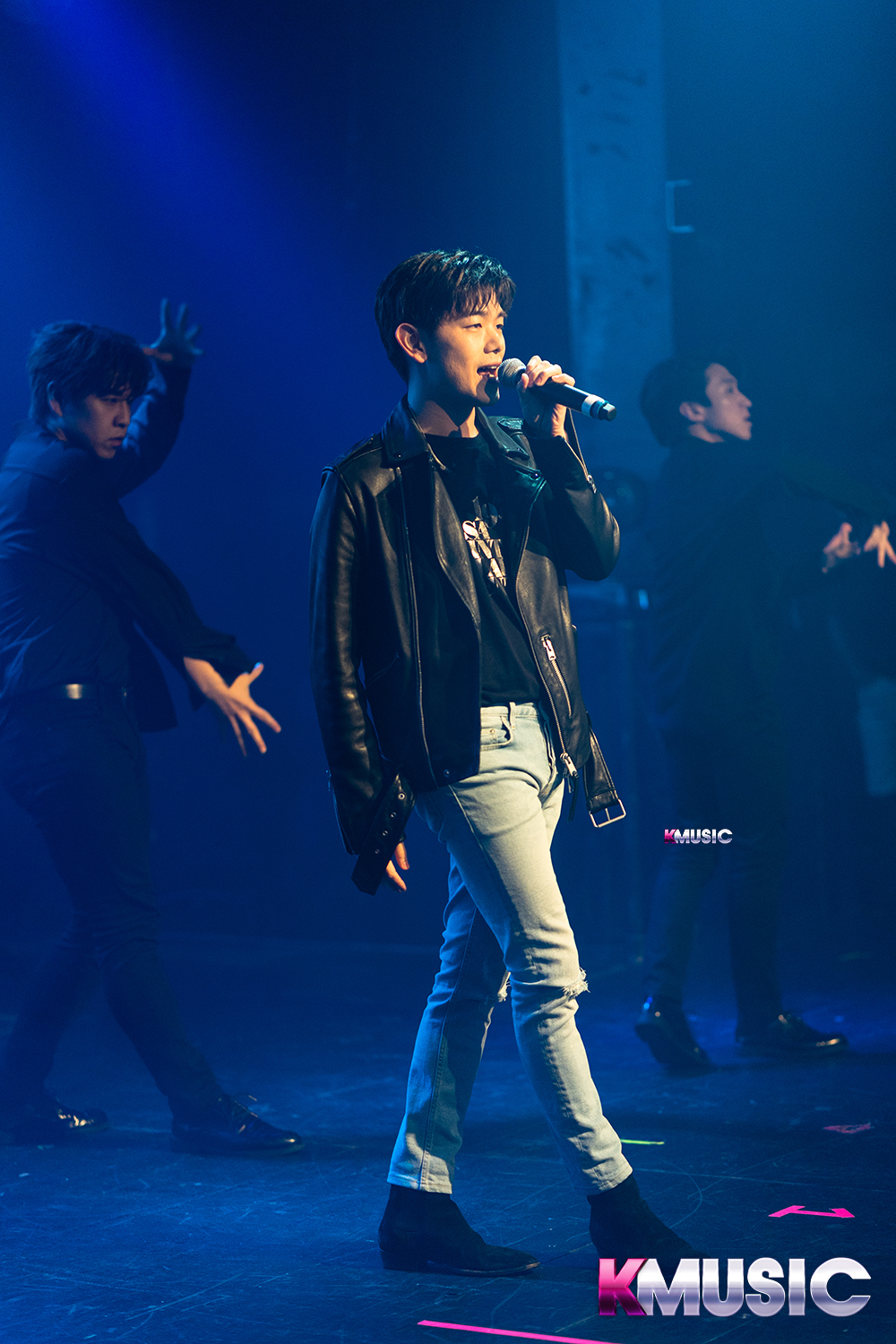 Even though Eric had been joking about not being able to dance throughout the night, he definitely has some smooth moves. He hilariously did a few moves to Sunmi‘s ‘Gashina‘ when he joked about dancing.

In our radio interview with Eric which you can check out here, Eric had warned us that the night would be full of surprise. He certainly was not wrong. One of the biggest surprises of the night was when he performed a dance cover of BTS‘ ‘Idol‘ with his backup dancers. He expertly covered all the iconic dance moves from the song.

Perhaps the most memorable parts from the concert were Eric’s crowd interactions. As a solo artist, Eric certainly knew how to make us all laugh. He had stated that he likes to get to know the audience at every concert.

Eric also interacted with the audience while he was singing. Because many of his songs do not have choreography, Eric often walked up and down the stage to interact with the different sections of the audience. He made sure to let fans know that they were not ignored. At times, he even went into the crowd, making the audience at the back surge forward in attempts to get as close as possible to Eric.

Definitely one of the audience’s favourite moments from the concert was when Eric performed his debut song ‘Heaven’s Door‘. He proceeded to give roses to lucky fans in the audience.

Eric even sang ‘Happy Birthday‘ to lucky fans who had their birthday on the day of the concert. He sang a beautiful rendition of the song to these fans, with the audience chiming in as well.

To end the night, Eric passed beers to audience members to quench their thirsts before drinking one himself. 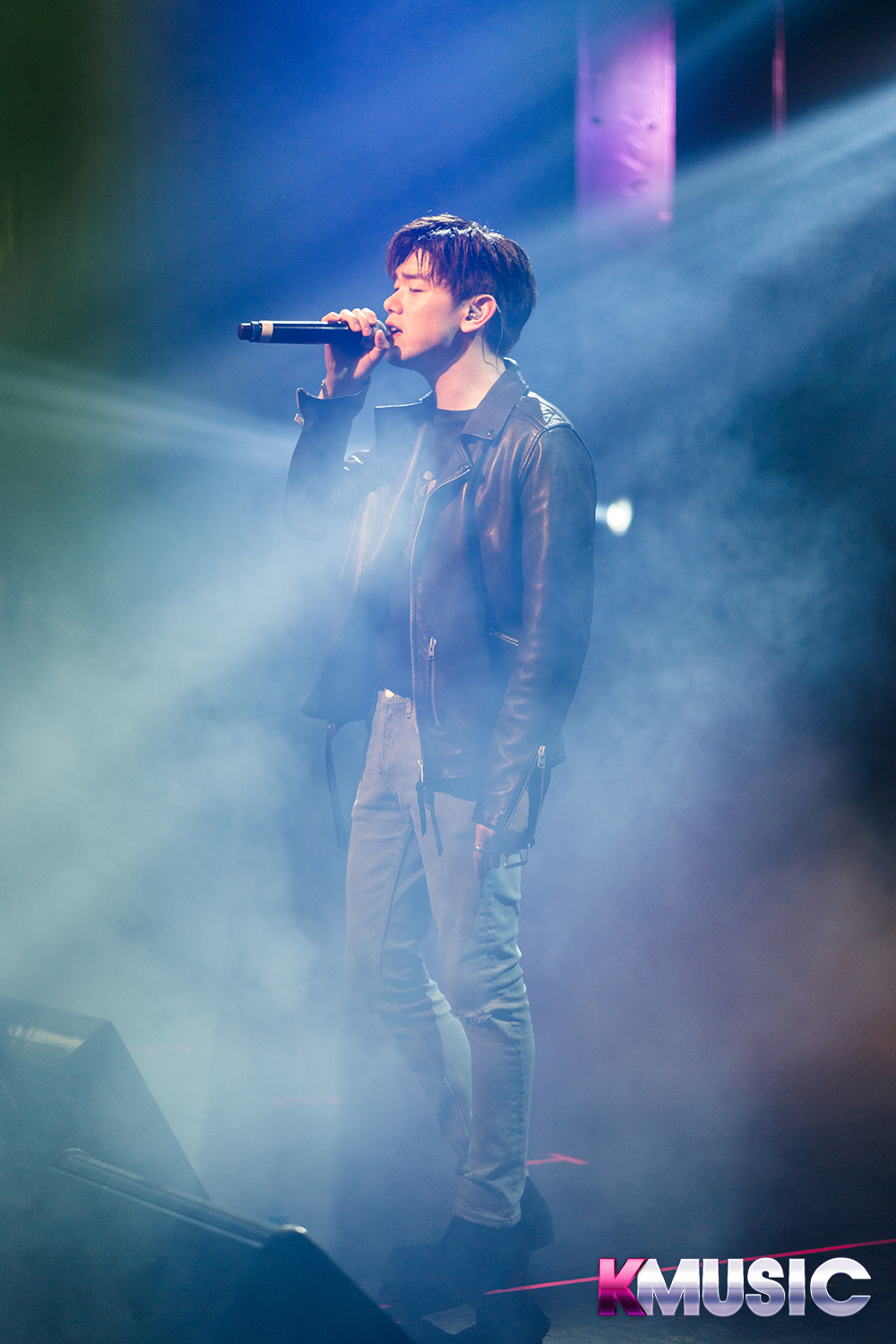 Overall, Eric held an amazing concert that fans will always remember. The private setting of the venue made for an intimate concert in which Eric was able to connect with his Melbourne audience. Fans are waiting for Eric to come back to Australia in the future.

We want to thank Live Nation AU for giving the Officially Kmusic team the opportunity to cover this event.

How did you enjoy Eric Nam‘s concert in Melbourne? Would you like to see him again? Let us know in the comments below.