K-EXCLUSIVE: Fly To The Sky and Gummy Bring Pasadena “Masterpiece of the Legends”

K-EXCLUSIVE: Fly To The Sky and Gummy Bring Pasadena “Masterpiece of the Legends”

On November 29th, the legendary duo Fly to the Sky joined hands with soulful singer Gummy for a concert entitled “Masterpiece of the Legends” held at the Pasadena Civic Auditorium.

Prior to the show, Kmusic was invited to a press conference for Fly to the Sky where they answered some interesting questions. The two expressed that they feel blessed to have so many fans showing support. Brian Joo revealed his favorite song to perform is ‘Let This Die.’ They then conveyed their feelings about contributing to good cause and charity. Brian said, “I feel happiest as an artist when we do good charity work” and they felt that contributing to ALS awareness and the ice bucket challenge was fun, “however people dont realize the real meaning behind the ice bucket challenges.” Even so, they felt very honored to perform at the show/event for the awareness. 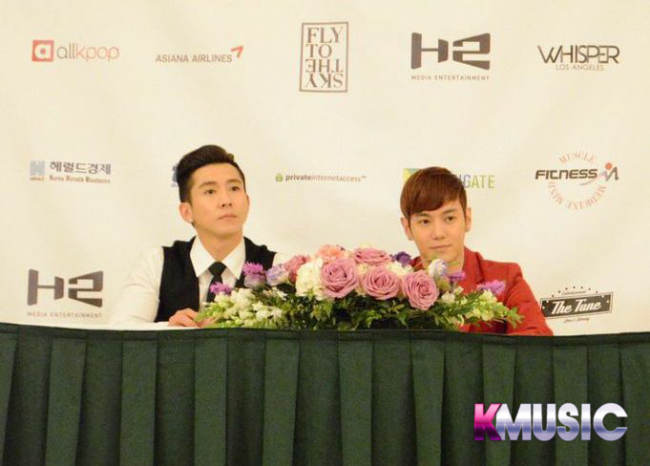 Did you know that Brian Joo wants to open a cross-fit gym? When talking about future goals in life, Brian said he would like to help others by creating this gym. In my personal opinion, it’s a great goal to have. Helping others always feels good right?

After the press conference with Fly to the Sky, the show was nearing start time! Officially Kmusic decided to see just what fans were most excited about!  Jina, a fan excited most for Brian Joo, told us that she “likes the fact that the is good on reality shows.” Another fan, Michelle, expressed she was excited to hear Hwanhee’s amazing voice. Long time fan, Sylvia has been following the boys since 3rd grade (11 years ago) and expressed how she is excited for Hwanee’s voice as well.

Thought it was a lot of fun, concert time was moments away so our chit chats with fans had to come to an end. However, the night was young and the show was rearing to begin!

You could feel the excitement of the crowd as the audience made their way to the seats. At around 7:30pm, the show began! The beautiful guest performer, Gummy, took the stage with her soulful voice. She sang many of her hit songs such as “Snow Flower” and “Amnesia” and set the audience in a daze. The power of her voice raised goose bumps on my arms! It was truly amazing! She also took time to speak to the audience and even got out some laughs from the crowd. She told the audience that she wanted to move about the stage more but her body wouldn’t let her. Although she is shy to speak English, she let the crowd know that she can sing English and gave a powerhouse performance of Adam Levine’s song, “Lost Stars.” Gummy got the crowd swaying, singing, and jumping up and down with her amazing performance! 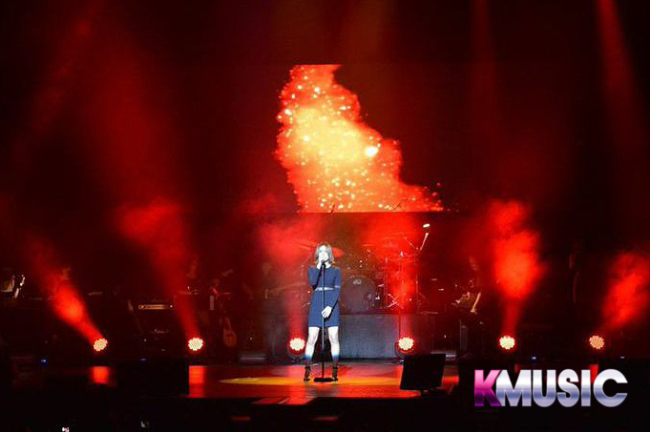 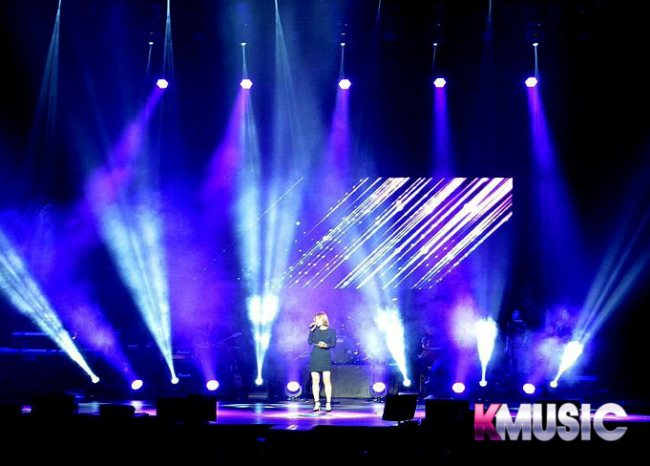 Soon, Gummy had to bid the crowd farewell but they definitely won’t forget her fun and spunky performance. It was then time for Fly to the Sky and the crowd went wild as they set the stage with their song, “Restriction.” Brian and Hwanhee  looked stylish in their red suits which matched the vibe of the songs they performed. They even performed their debut song, “Day by Day” with a new twist on it!

They then took the time to talk to the crowd and entertain them with their humor.  Brian was kind enough to translate to the audience when Hwanhee spoke Korean. They expressed how happy they were to be performing and Brian was especially happy because his whole family was there to see it all! So sweet right? Hwanee then made fans laugh as he commented that his family didn’t come, but he left them a message on Kakao talk! Fans found Hwanee’s response funny to which Brian commented that Hwanee isn’t usually funny and said, “Maybe your jokes work better in the states than Korea.” At that point, I too couldn’t contain my laughter with the expression on Hwanee’s face.

They continued the show with some more amazing performances. Brian came out during the second portion of their set and dedicated the next songs to the ladies. They performed the songs “Habit” and “Lets Get It On” sending the ladies swooning like crazy. They showed their dancing skills as well, getting the crowd totally pumped by their performances. At one point, my ears went numb with the excited screams from the audience. What a rush!

After some more performances, they began showing some clips on screen. It was a shout out video featuring many artists congratulating their LA show! Artists such as AOA, Hyorin, Apink, Seo In Guk, Jooyoung and Hello Venus showed their support for Brian and Hwanhee.

They then proceeded to perform more songs from their most recent comeback. Their song “You, You, You” sent the crowd wild! As the show came to an end, they performed “Like A Man.” They expressed their great appreciation to not only the Korean fans, but the American fans as well. Brian mentioned that without the support of their fans, they wouldn’t get to tour and meet and see new faces. Hwanhee mentioned that in the press conference he saw someone who had recently reviewed their newest track, “You, You, You” and that they watch all of those kinds of videos. They expressed how even the smallest of actions mean so much to them and they are grateful for it all.

What seemed like the end, only changed as the crowd couldn’t accept how fast time flew with Fly to the Sky! They chanted “Encore!”  until the boys gave in and graced the stage once more! They performed two encore songs, “We” and “Sea of Love“. Much to the excitement of the crowd, the boys got up close and personal with the fans. Giving high fives, fan service, and even accepting flowers. They then took their last bow and exited the stage.

This show is one to remember for sure. Such amazing vocalists and an amazing crowd. Were you there? Share with us your experience!

Special thanks to The Tune Entertainment for allowing us access.