K-EXCLUSIVE: FTISLAND Get the Crowd Jumping for their FTHX Tour in LA

K-EXCLUSIVE: FTISLAND Get the Crowd Jumping for their FTHX Tour in LA

A show that can truly rock your world. The five guys of FTIsland, HongKi, Jong Hoon, Jae Jin, Min Hwan and Seung Hyun, lit up the stage with a performance of a lifetime for their FTHX tour in Los Angeles last Friday, January 30th.

Fans gathered outside Club Nokia as early as 8am with the intention of securing the best spot in the concert. Each brought their high spirits and excitement as they lined up to see and experience such an amazing show.

As soon as the time came and the doors opened, fans rushed in like water and quickly made their way to the front. Many brought fan signs and flags with FTIsland’s name on it. Some even dressed to impress in the latest merchandise for the band. As fans made their way in, the atmosphere soon became dense with excitement! 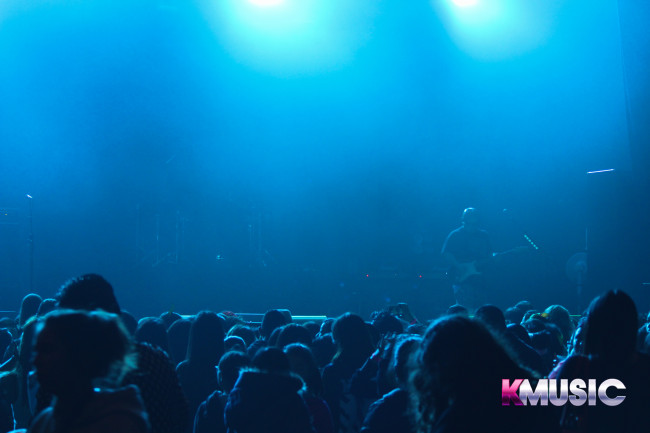 As the show was rearing to start, the fans squealed with excitement and chanted until finally, we were treated to a sweet intro by the leader, Jong Hoon, and then BOOM! Lee HongKi came center stage and the crowd went BONKERS as the rest of the members made their way out! 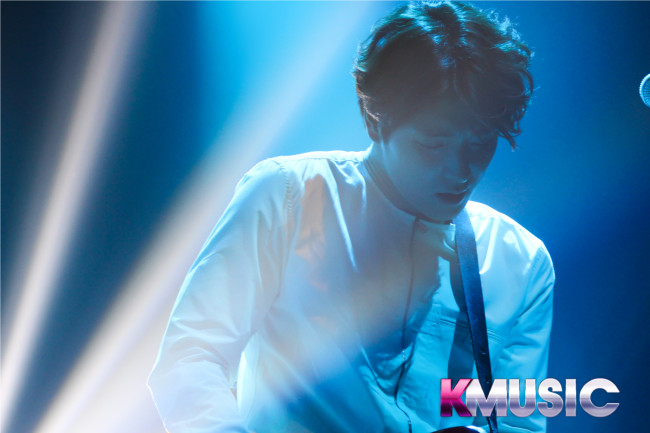 The began singing songs such as “Last Love Song”, “Morning Coffee”, “미치도럭” and Memory to start off the show to which the fans sang along happily while swaying to the music. HongKi and Jae Jin kept giving such cute fan service that the crowd would cheer and frantically wave their flags and signs in excitement. The melody of “Love Love Love” began and fans lifted their phones, light sticks, and signs as they rocked out to the beat. The emotion in the songs could be felt by every person in the room and the powerful music rushed through every inch of our bodies. 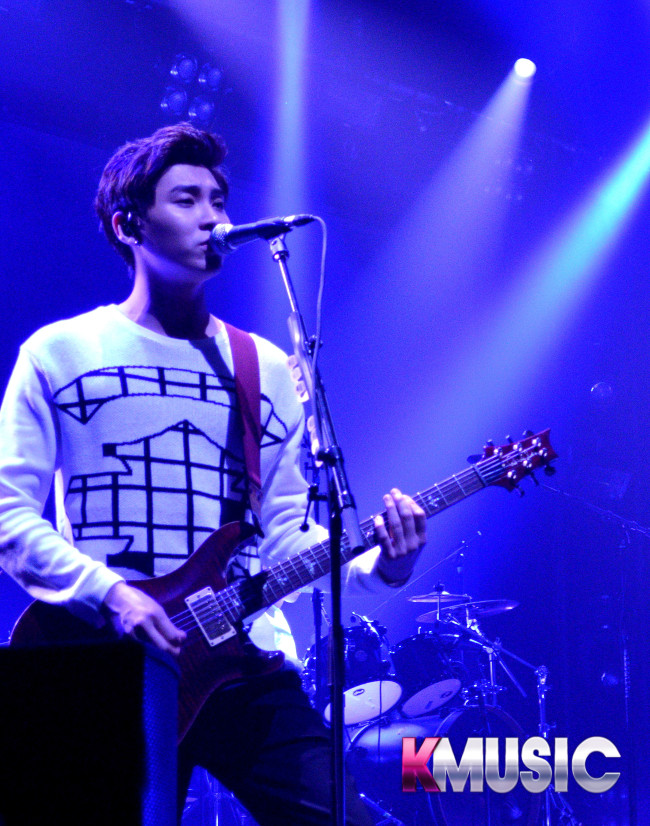 After the first few songs, the band settled in and began talking to the fans. At first, the band had to play a little game of translation telephone. HongKi was speaking in Korean for JaeJin to translate to Japanese, for Jamil Kazmi to then translate in English to the crowd. The band was so grateful to be performing in Los Angeles for the tour and were having so much fun. They wish to come back someday as well and continue to make the music that moves people. 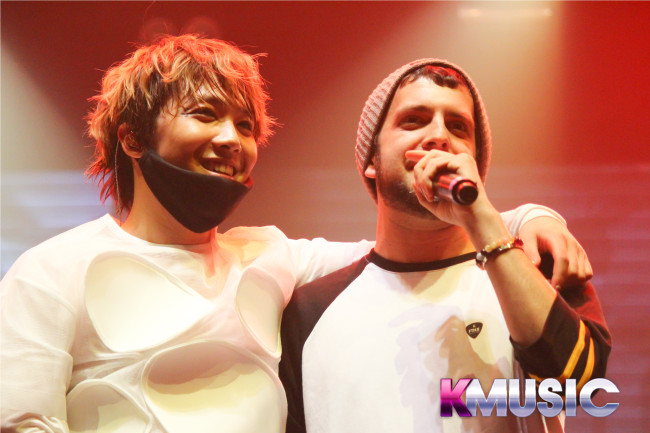 Soon the band brought a more intimate feel to the stage as they set aside their electric instruments for acoustic ones. They did acoustic versions of their songs “I Hope” and “I Wish” which brought the fans together to sing. HongKi kept pointing the microphone to the crowd and, to no one’s surprise, the crowd sang back perfectly. 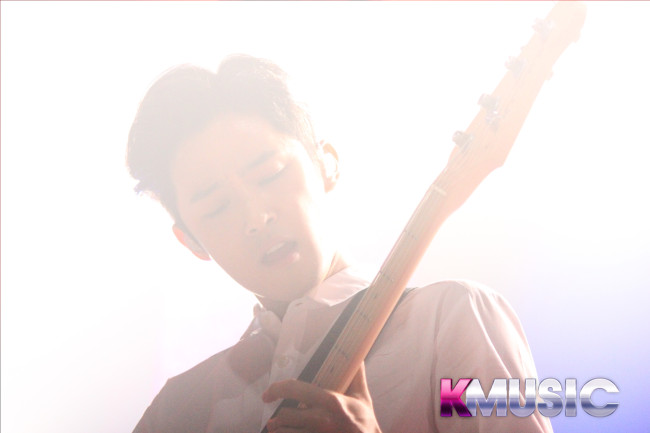 Towards the end, HongKi brought back Jamil and joked around, speaking gibberish for Jamil to translate. Literally gibberish! It was so funny! Jamil did an awesome job at debunking the gibber talk from HongKi that he laughed as Jamil translated one babble as, “I love you guys!” Such a silly HongKi! From there, they announced that the show was coming to an end to which the fans all groaned in sadness. However, the band expressed how happy they were to be there and HongKi then cutely said he is, “너무 너무 happy 에요.” Which meant he was very very happy to be  in LA performing. 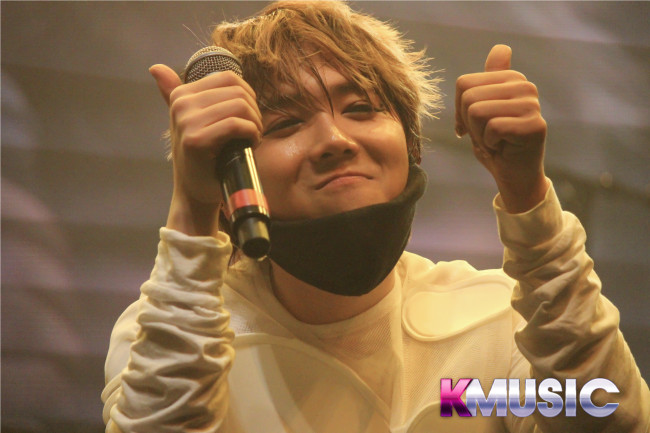 They continued performing others songs such as “Severely“, “Top Secret” “Flower Rock” and “Freedom” which got the crowd bouncing. Something the band does every concert is have the fans kneel down and then jump. HongKi gives the orders during the song, everyone sits first, then quickly jumps up with their hands in the air. So during “Flower Rock” performed with Jamil, they got the crowd to squat down and then HongKi shouts, “EVERYBODY!” and the crowd popped up and bounced along! Talk about a fun time! 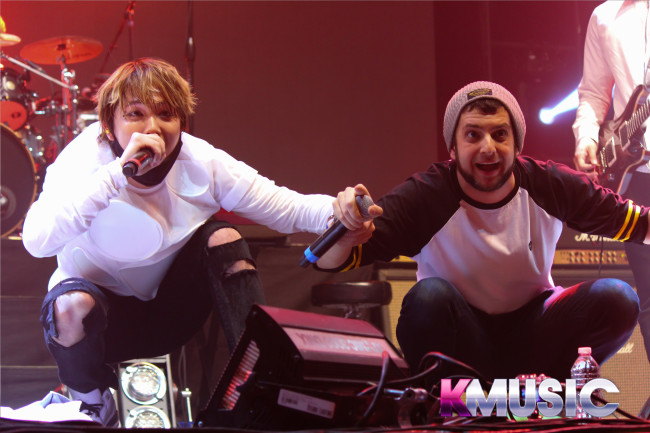 Sadly the concert had to come to an end, but the fans couldn’t take no for an answer! The crowd chanted “FTISLAND! FTISLAND!” and “ENCORE ENCORE!!” until finally, the band stepped out and HongKi was representing LA with a bright yellow cap! They performed some more songs including “Beautiful” and “On My Way“. HongKi had mentioned that the song “On My Way” was written for a fellow band member who had gone through some hardship. The song is dedicated to him. How sweet is that? HongKi then expressed that, “The band feels like they just recently got to the point where they can make the music they truly feel.” and that “they wish to become the band that truly represents Korea.” 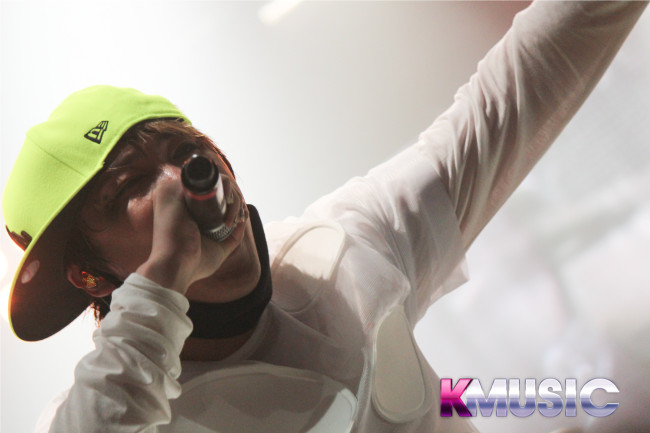 Before the final song, HongKi and the band let the fans know that they wanted to take a photo with them all! They said, “we would like to do this now, because if we did it before the last song we would want to keep performing more.” So they snapped a pic with everyone’s hands up and then performed their last song, bowed to the crowd, and began throwing T-Shirts and guitar picks out to the crowd!

Such a wonderful performance. A HUGE thank you to Powerhouse for allowing us access! It was much fun, and definitely a night to remember.

FTIsland will be coming back this July with a new album which will be the first time every song is written by the band and they want everyone to hear it so be sure to stay tuned to Officially Kmusic for more info!