K-EXCLUSIVE: Get To Know DOK2 and The Quiett!

K-EXCLUSIVE: Get To Know DOK2 and The Quiett!

Illionaire’s DOK2 and The Quiett  lit up the stage at the Wiltern in K-Town Los Angeles with a heated performance, leaving the audience hyped and “wet.”

Before the show, Officially Kmusic got the chance to get to know Dok2 and The Quiett a bit more through a press conference.

The two had been to LA many times so questions started flying about their favorite places to chill and eat – to which Dok2 replied that he loves to eat at Marios while The Quiett silently agreed. Some fun facts about Dok2 is that his favorite places to visit are LA, Los Vegas, and Hawaii. He also has seven cars to roll around in and when he visits, food is always on his mind. 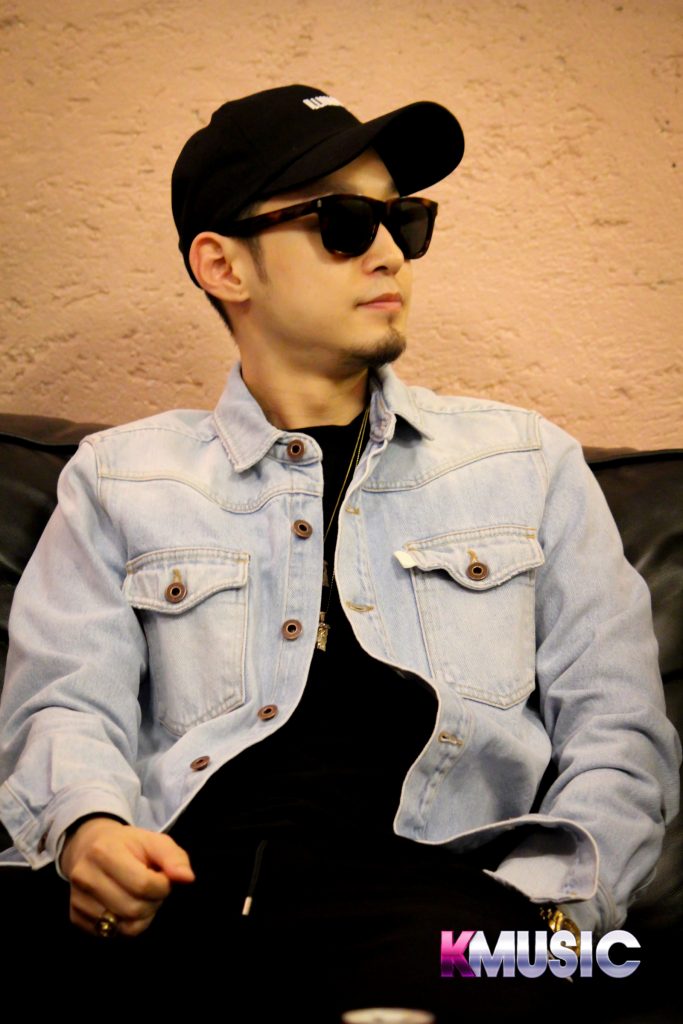 The two let us know that they are always working on new music and have some new merchandise in the works. They described their music as positive rap of their opinions stating, “We don’t do negative sh^t”, and often leave it to their listeners to interpret the music as they feel from there.

Dok2, cracking jokes left and right, was asked what he looked forward to that night and he jokingly said, “I’m gonna pack my sh^t and go home,” making the group laugh. He then responded with, “Oh, I thought (you meant) after the show! We don’t do nothing special, but feeling the LA vibes and connecting with each other” is what they look forward to during the concert. He also mentioned that they would like to go back to Canada if they got invited. 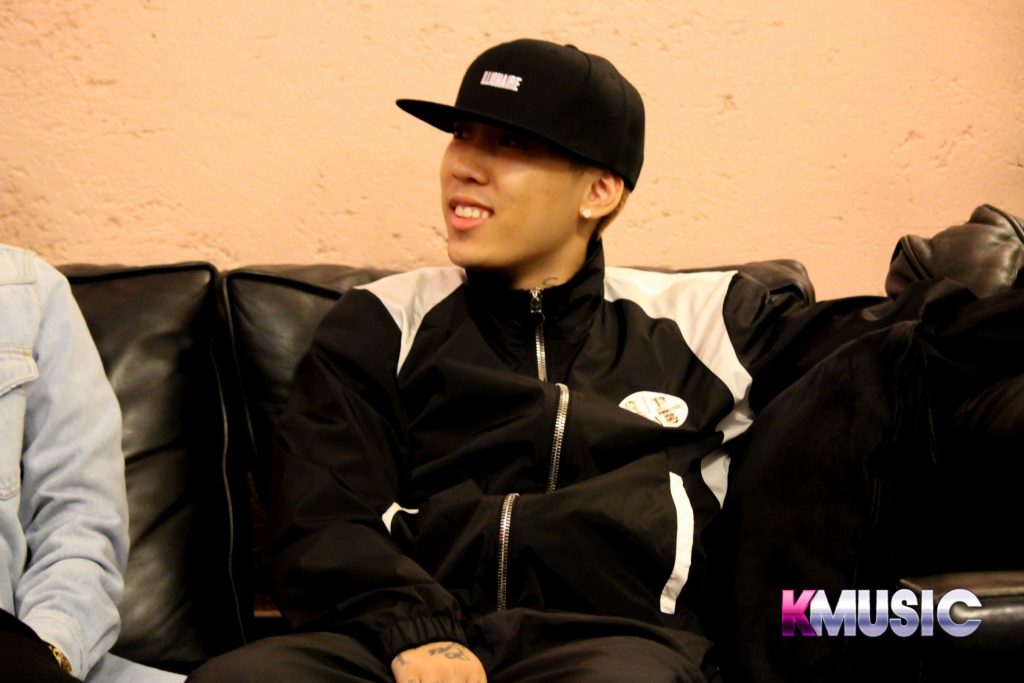 A little bit more into their music, they let everyone know that they pump out music as quick or slow as needed. If asked to, they can get a song done when ever. “If they pay me I can do it in one minute” joked Dok2. They were then asked if there would be a full AOMG collaboration on an album to which they responded that it is hard for them all to get together for another collaboration, let alone a full album because they all are very busy doing their own things.

When asked who he looks forward to collaborating with in Korea or the US, Dok2 replied “in Korea, nobody” however, if you’re looking to with Dok2 in the US, he says “anybody,” so be sure to hit him up. Though he doesn’t know if he will be breaking into the US market any time soon, they are slowly giving it a try. Both Dok2 and The Quiett were quite surprised with their following here in the States being so large. The Quiett then expressed that, “it’s hard to talk about marketing (in the US) because it’s different.” But the duo are slowly working towards it. 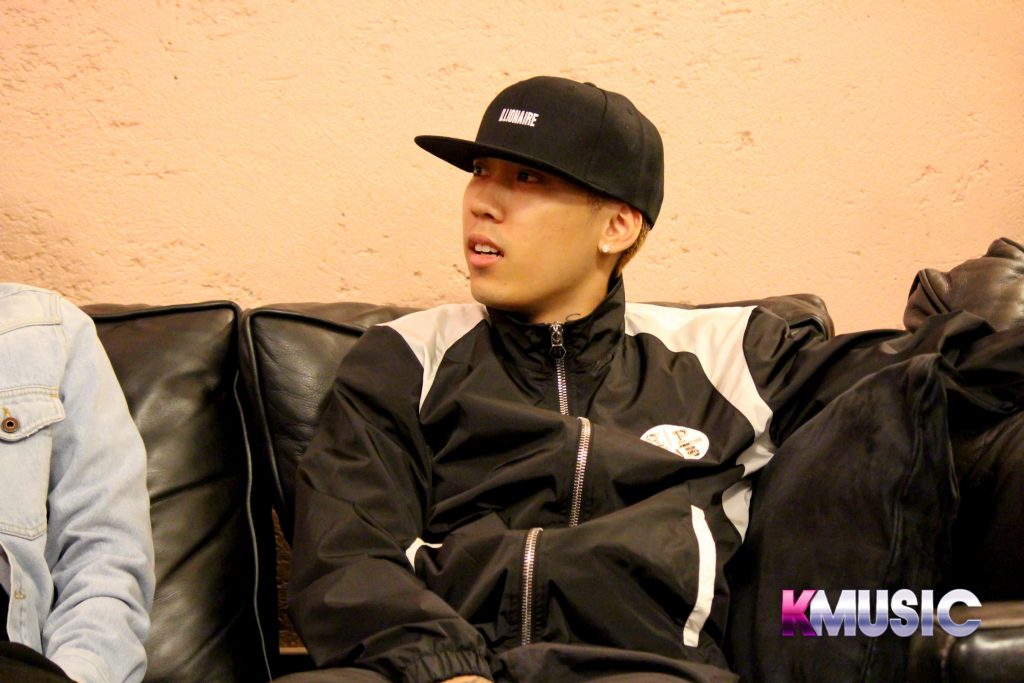 The final questions of the press conference came too quickly. However, we now know that more of 808 merchandise is in the works and they are always improving their designs. “We got a new Illionaire T-shirt coming out soon, and the Illi bowl cap is out now.” They were then asked if they will be working on any new “J’s” in which Dok2 said heck no, “Adidas all day! Shout out to Adidas.” 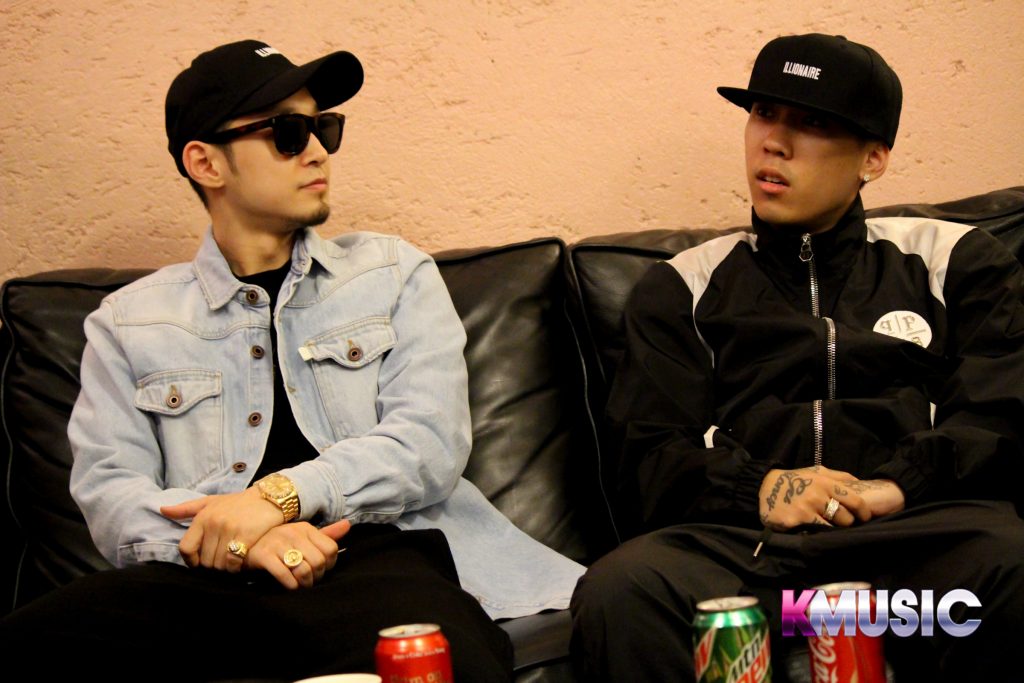 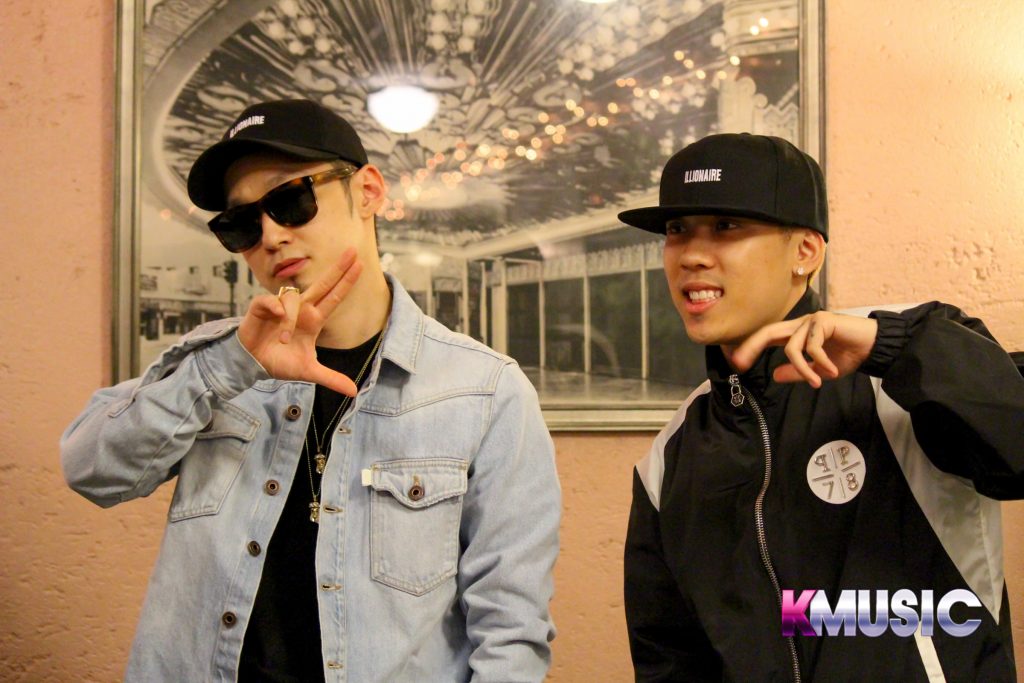 Last but not least, they let us know that they looked forward to performing at the Wiltern here in Los Angeles, and hope that someday they can perform at the House of Blues. They then closed the interview with their signature Illionaire hand gesture and posed for the cameras.

Be sure to stay tuned to Officially Kmusic for an article recap of the Illionaire show featuring Junoflo and Killagrams.