Upon the most recent KPOP All Night event this past Friday, KMUSIC was able to cover a fan favorite and underground artist, Official Gemini. Gemini/GMNI, is an independent, Korean American hip hop Artist that has gained fame for his lyrical remixes of popular Korean and Western hip hop and pop tracks. He has opened for several hip hop/rap artists such as, NU’EST, YDG, Reddy, and Iron. His first appearance was at KBS‘ K-Pop World Festival in Finland where he not only served as a talent judge but performed to a sold out show as well. He is very popular in Europe and in the past has even had a European tour. Not only is Gemini a great entertainer, but he is also infamous for his social media presence. He is known to engage with fans via all social media platforms and always shows a grateful disposition to the individuals that helped him get to where he is. This year, GMNI is determined to set out a new beginning. Actively preparing for the future, he hopes too put out an album of his own originals and set out for a U.S. tour as well as another European tour later this year. 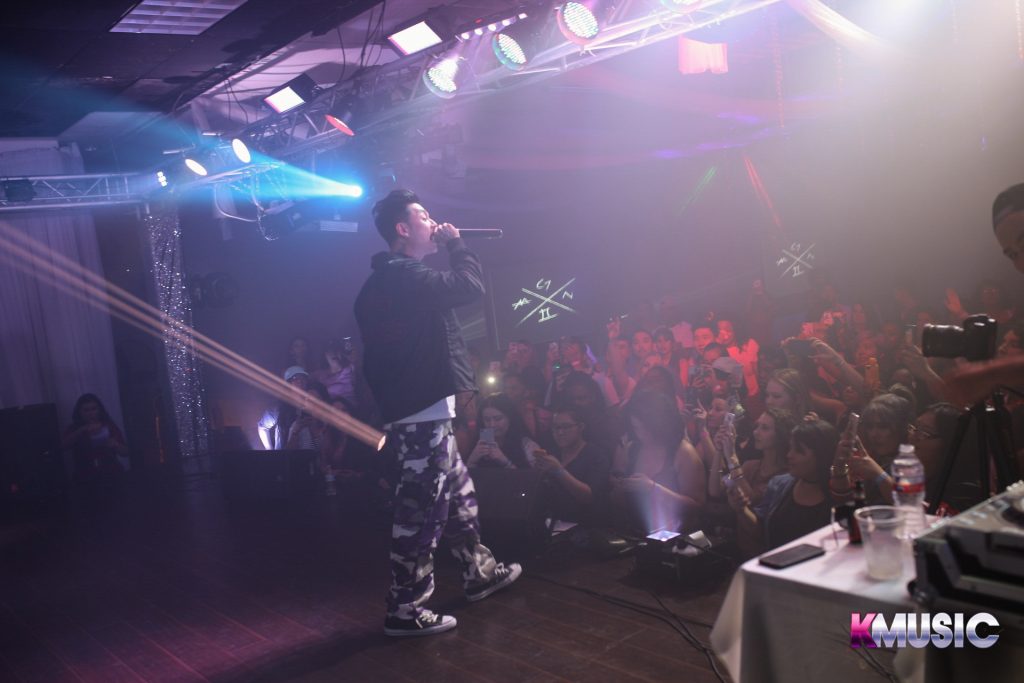 KMUSIC sat down to chat with GMNI about his plans for the future and asked him some questions about his creative process and the music scene surrounding him.

[KMUSIC] : Being an artist that often pays a lot of attention to his fans, how do you want your listeners to feel when they listen to your music?


[GMNI] : Whenever my listeners listen to my music I want them to have a good time or relate to it. For instance, if they’re in a club and a song is playing where I’m talking about being in the club I want them to turn up! When they are going through something or stuck in a predicament, I hope that they can understand the music and know that they aren’t the only ones going through it, that the artist understands.

[KMUSIC] : How was your European tour? Was it a different experience from your American fans?

[GMNI] : It was amazing! I loved the experience of going to Europe and interacting with the fans. There isn’t really a difference with American or European fans. I love every interaction, touch and moment I have with my fans no matter where they’re from. I genuinely love them, I am nothing without my fans.

[KMUSIC] : With how big KPOP and Korean Hip Hop has gotten over the last few years, do you feel like it is becoming easier for Asian-Americans to break into the music scene? Why or Why not?

[GMNI] : I agree with it. Since K-POP and Korean Hip-Hop has grown so much these past few years, I feel that it is easier for Asian-Americans to be in the market, but at the same time it is still difficult because of stereotypes. Myself and many other talented artists right now are about to break those stereotypes soon.

[KMUSIC] : What is a hobby you partake in that helps your creative process?

[GMNI] : Honestly, there is no hobby. I think it’s a lifestyle. Everyday for me is basically the same but, one thing that does help me is when I stay alone in a room and think back at everything and how far I’ve gotten. Be humble.

As we near the end of the interview, Gemini wants to make one proclamation clear to all those interested in his future releases and life.

[GMNI] : For the future I want to continue to excel not as a musician, but as a person as well. I am always striving to become the best that I can be. Being a musician, I am currently working on my first ever original project. That being said, there are a lot of things that I can absorb and learn from. Whether its being in the studio with other creative/talented minds or in helping the people in need, I learn from them and it makes me who I am today and in the future. I want to keep growing for my mother, my family, my brothers, my legacy and my fans. (AND become RICH! haha)

We would like to thank Gemini for giving us this opportunity to provide his fans with a much needed update and continuing to break the Asian-American music stereotypes.