K-EXCLUSIVE: GOT7 Kicks Off Aussie Tour In Sydney One Member Down

K-EXCLUSIVE: GOT7 Kicks Off Aussie Tour In Sydney One Member Down

It’s historic, isn’t it? GOT7 have finally ended up on Australian shores and the fans could not have been happier. It’s a shame that GOT7 had to perform their Global Fan Meeting in Australia one member down.

Youngjae did not attend Sydney’s Fan Meeting tonight and won’t be available for Brisbane, Perth and Melbourne due to a back injury and consequent hospitalisation. 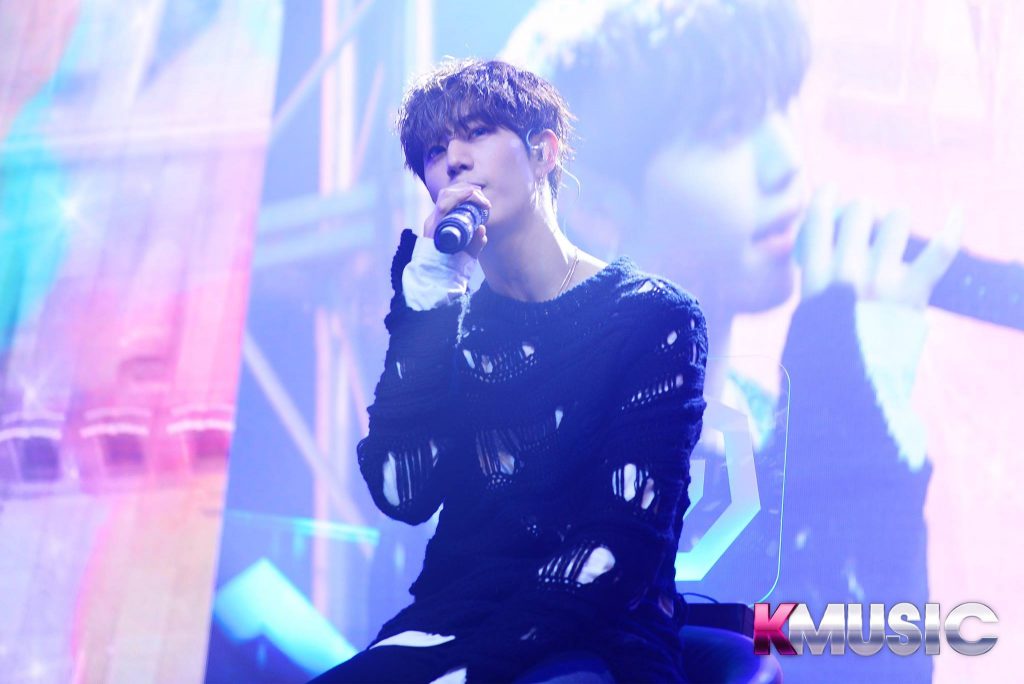 Despite the unfortunate circumstances, the rest of the boys turned up ready to give their Sydney fans a show they won’t forget anytime soon.

Before the performances began, hordes of fans ran into the Luna Park Big Top auditorium without hesitation. The same few thousand people waited patiently for the boys to come on stage.

Jackson, Jinyoung, Mark, JB, BamBam and Yugyeom kicked things off with performances of ‘Q‘ and ‘Sign.’ Things started off slow as the 6 boys sat on their green-lit chairs with little movement throughout the performance. They gave fans the occasional smile and wave as they carried on without Youngjae. 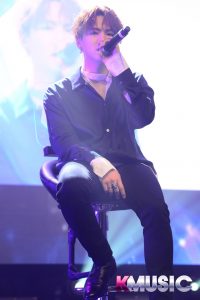 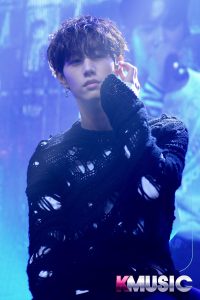 MCs Andy Trieu from SBS PopAsia and Daniel brought the boys back on stage. They started things off with a huge apology for the absence of Youngjae like the nice and kind group that they are. They were happy to carry on with the show, but you could see that the group felt like something was missing.

In honour of their latest album, Flight Log: Arrival, the boys answered questions based on themes starting with each letter.

Meanwhile, everyone seemed to think that Jackson was the dog/puppy of the family. 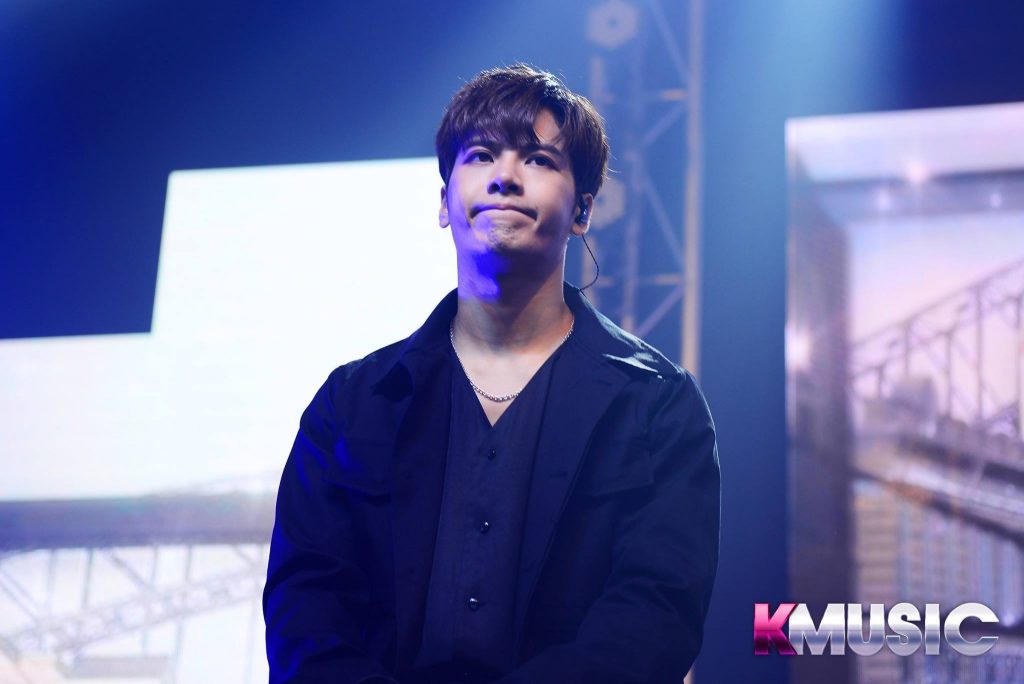 We also got a glimpse into learning more about GOT7. For example, none of boys can throw… except for Jinyoung. A hit song like ‘Home Run‘ couldn’t save the group from being terribly uncoordinated at throwing balls into holes. Jackson cheated with an embarrassing frog leap before throwing the ball, making it all the more tragic.

When the games were said and done, a Making of the music video for ‘Never Ever‘ dashed on screen as fans screamed and sighed at the sight of a more vulnerable GOT7.

Then came the bangers.

When the props and the MCs and the stagehands disappeared from sight, the stage lit up.

The boys performed ‘Fly,’ ‘Skyway,’ and ‘Hard Carry’ in full swing. The first song was graceful and soft, the second a turn for a more aggressive and visceral performance. But when ‘Hard Carry’ came along, fans danced to the beat with an intensity I haven’t seen in most Korean pop crowds. 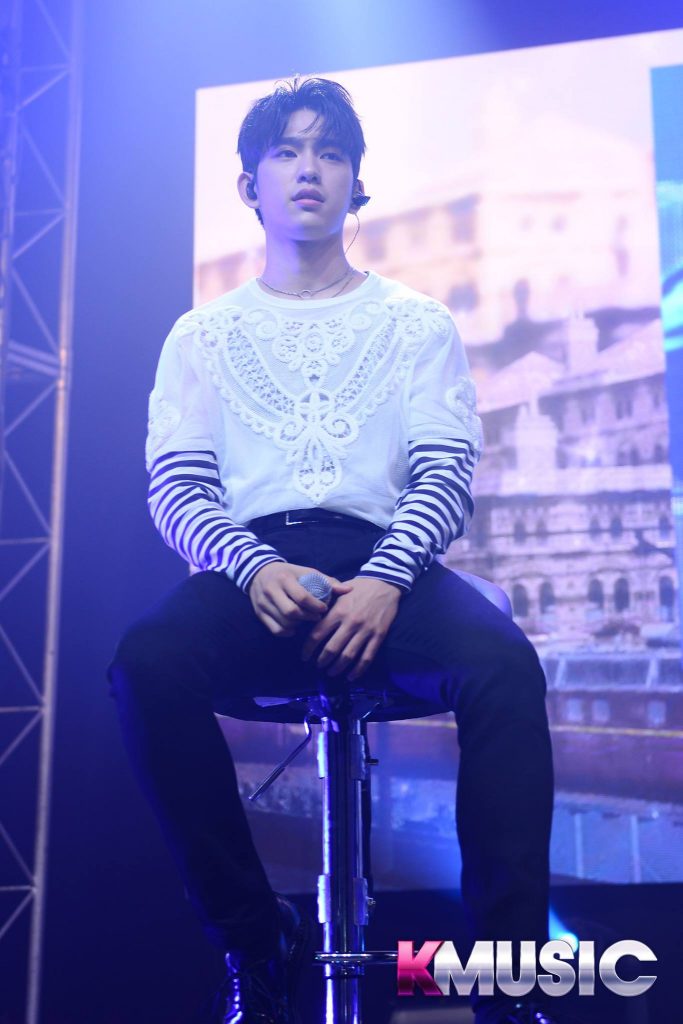 After things calmed down, the boys held up one card each, spelling out the word S-Y-D-N-E-Y. I can’t fathom what they would have spelled out if Youngjae was still with them. A love heart maybe in addition to Sydney? Each card was signed by all the members and assigned to a specific seat number of someone in the audience. Damn, they’re lucky.

During the group’s final words to Sydney, Jackson gave a shout-out to his family in attendance: his brother and niece whom gave big waves to the crowd as everybody cheered in support.

JB also gave some kind parting words with his limited knowledge of English.

When the goodbyes were said and done, GOT7 still had some surprises in store for us. 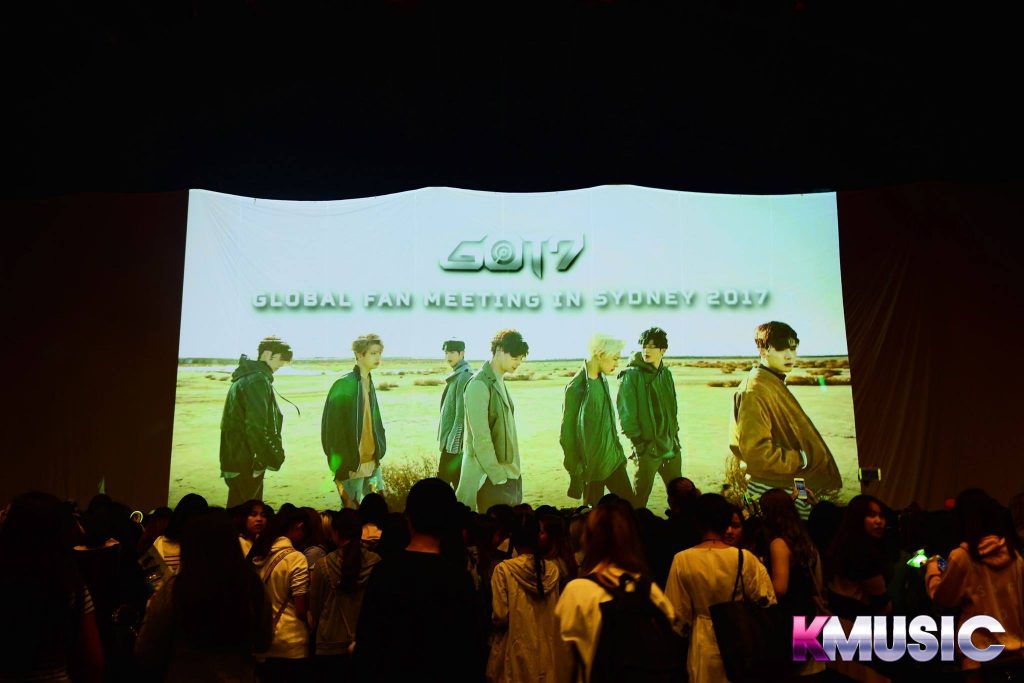 They gave us their most recent fan fave, ‘Never Ever,’ with an explosive performance that shook the building. The fans went one step further and gave a memorable fan chant that the boys will remember for years to come.

They then disappeared, but the fans, myself included knew that they were coming back.

GOT7 finished the night off with ‘Out‘ and ‘Go Higher,’ certainly the more energetic songs from Flight Log: Arrival.

Ultimately, GOT7’s first foray in Australia was well worth the wait. Although Youngjae could not be apart of that experience, the boys more than made up for it and gave us a memorable performance. With that, things concluded on a bittersweet note, knowing that we may not see GOT7 for quite some time as it took them so long to come here in the first place. Nevertheless, they promised to come back and we can’t wait to see them in action again.

GOT7’s Global Fan Meeting in Sydney was brought to you by IME Singapore (SG), Three Angles Production and Hallyu Entertainment. GOT7 is a member of label JYP Entertainment and the event was held in Luna Park, Sydney.

Scroll for more
Tap
THOUSANDS OF FANS ATTEND EXO PLANET #3 – The EXO’rDIUM – in SINGAPORE
K-EXCLUSIVE: Let’s Talk About The GOT7 Fanmeet In Brisbane!
Scroll
Loading Comments...