On the 22nd of August, Sydney Ahgases took over Qudos Bank arena and on the 25th of August 2019, Melbourne Ahgase’s gathered at Rod Laver Arena to welcome GOT7! They filled the arenas at around 6:30PM AEST and the time began ticking. GOT7 took the stage at around 7:30PM AEST the excitement burst across the whole room!

The solo and unit stages were absolutely amazing! JB started off with his sexy performance of ‘Ride’ leaving fans wanting more. Next was Youngjae’s vocal performance with ‘Gravity’. Sydney fans got to listen to Youngjae’s amazing vocals and even see his dance performance and fans cheered on and on. Next was AmeriThaiKong unit with Mark, Jackson and Bambam showing off their rapping. It was also the first time on the night that the members used the ‘T’ shaped stage, giving fans an even closer and intimate experience! The last unit stage was the dancers. Jinyoung and Yugyeom’s stage where they showed off a sexy, powerful and charismatic dance performance!

Without a doubt GOT7 gave us a night to remember and performed with their all! Each song was performed with their heart and soul poured all the way through. They started the night with a remix of their hit song ‘A’ and new release ‘Eclipse’. They also performed hit songs like ‘Lullaby’, ‘Just Right’, ‘Look’, ‘Hard Carry’ and even ‘Never Ever’. Ahgase’s showed more and more love through each song all through until the end. They also performed songs like ‘Miracle’, ‘I Am Me’, ‘Fly’, ‘Shopping Mall’ and ‘Come On’ in their encore! 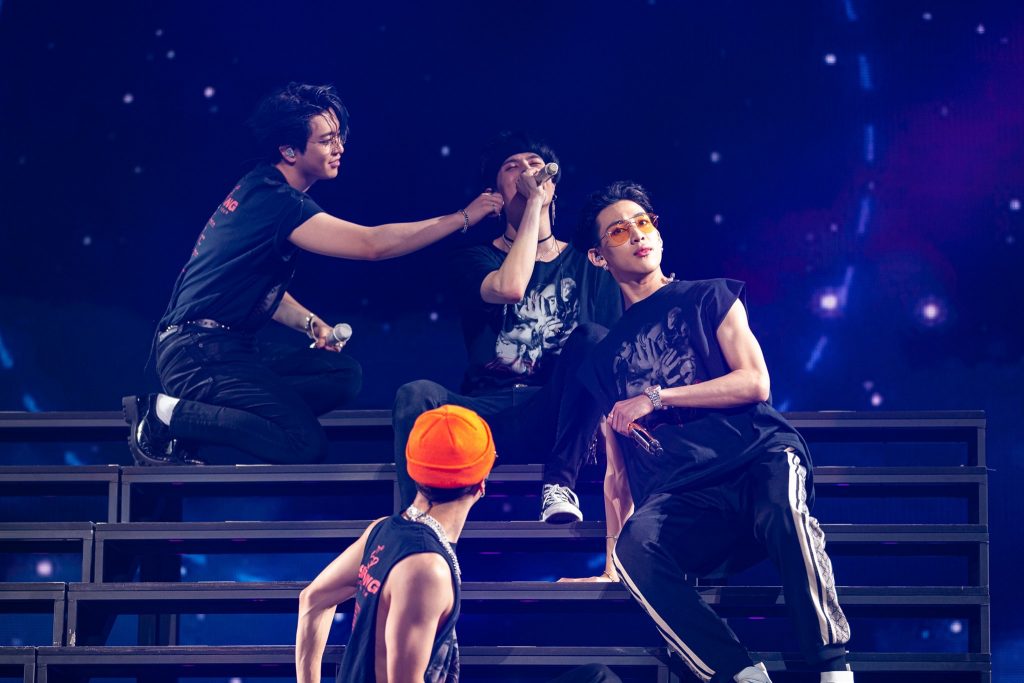 The song itself is very soft and calming. It’s also a song perfect for the cold winter as it warms us up with the hopeful lyrics and calming melody. GOT7 sat on the set for this song again, creating a softer vibe for the song. Amidst (very good) upbeat, dance songs, ‘Miracle’ let fans sink into their emotions as they sang along to the emotional song. Not only was the song great, fans loved the interactions between the members as they played around together on the set. The song was a moment for fans to really appreciate GOT7’s vocals and a short time to calm down!

Without a doubt we were all left stunned by their amazing performances, which also included their amazing choreographies! Each song was performed with energy. Each move was danced perfectly with precision. Songs like ‘Hard Carry’, ‘Look’, ‘Lullaby’, ‘Never Ever’, ‘Eclipse’ had everyone on their feet! JB, Yugyeom and Jinyoung gave outstanding dance performances for their solo stages. ‘Just Right’ didn’t include much choreography but the members surrounded the outer stage and gifted Ahgases by dancing to the chorus parts of the song! There was a lot of love also shown for their backup dancers who were very friendly to Ahgases and very talented!

Another song that fans reacted loudly to was ‘Teenager’! The song perfectly matches with GOT7 and fans sang along the whole time. Although not a title song, ‘Teenager’ is a really well-known side track which fans adore. The atmosphere in the concert hall seemed to have upped when this song came. GOT7 showed off their more casual style of songs that were still filled with a unique charm and swag that the group has.

‘Hard Carry’ was a winner at the concert! The powerful song was played nearing the end of the concert and it was a real bop! Everyone exploded into loud shouts and cheers when the song came out with its bouncy intro. The GOT7 members delivered a killer performance and fans cheered them on even more. The powerfulness of the song sure did give it more impact with fans showing their support through the never-ending cheers!

Throughout the concert there was various MENT moments. The members would usually spark a conversation during these moments or share their heart and experiences in the time they’ve been in the country/state. BamBam shared how he was happy to see a lot of male fans in the audience and even asked a male Ahgase in the front if he liked GOT7! Jackson explained how they will return to Korea and work on their next album, plus the members assured us all they will be back. Some lucky fans were able to greet briefly BamBam and Jackson as they jumped down the stage and walked around, even Youngjae took a photo with a male Ahgase. When GOT7 wasn’t dancing they were singing and meeting eyes with fans, Mark was seen playing Rock Paper Scissors with a fan whilst Jinyoung was seen jokingly slicing a body heart in two by two male Ahgases *what a savage*! They were so fun and caring and spent as much time with us as possible.

As acknowledged by Mark, the encore is definitely a part of the night to remember! The members performed several songs for the encore, ranging from the energetic and upbeat ‘Go Higher’ where the members played with the crowd and splashed a heap of water to the cute and cheerful ‘A’! GOT7 played a range of their well-loved songs and all gathered on the ‘T’ stage trying to give the best experience to their fans. It was really lots of fun and the members definitely had heaps of fun as they splashed water and played together on the stage! 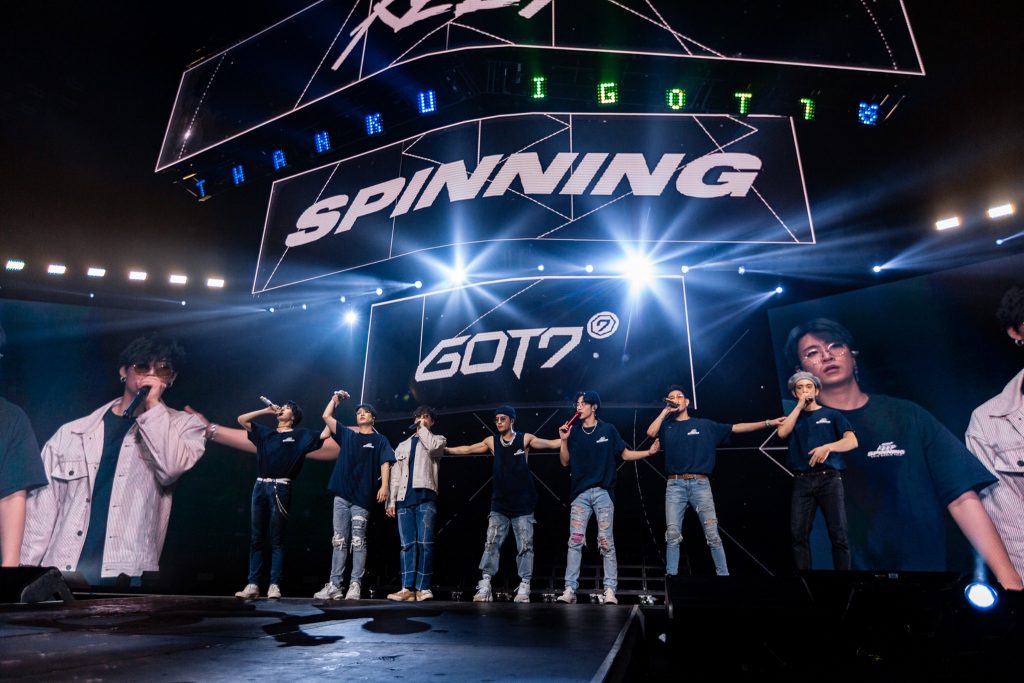 It was such a memorable night for us all! Did you attend GOT7’s Tour here in Australia? What is some of your experiences or thoughts? Let us know in the comments below!

Pictures used in this article are from the GOT7 Official Facebook page.

Written by Jay and Karen

Scroll for more
Tap
[K-EXCLUSIVE] A concert of magic was born in Berlin with KNK
[K-EXCLUSIVE INTERVIEW] Violet Tree sharing their secrets prior their EU tour
Scroll
Loading Comments...