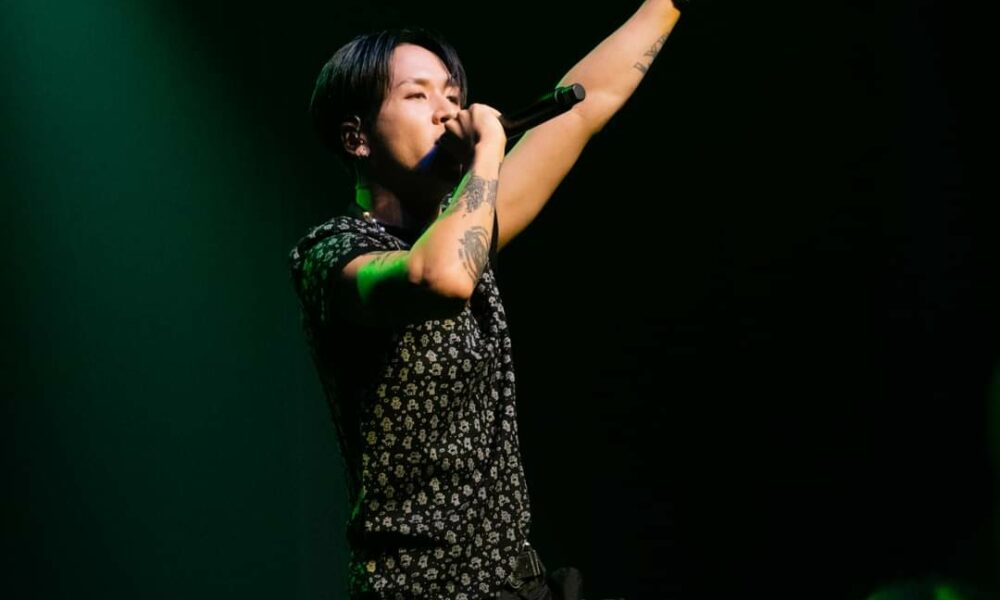 May 15th marked GROOVL1N’s arrival in Chicago on the second stop of their first American tour.

GROOVL1N is a hip-hop label that was founded in 2019 by the label’s CEO RAVI, and is also comprised of soloists Cold Bay, Nafla, and Xydo. All four artists were originally set to embark on tour in March, but had to postpone due to the health and safety of the artists. Unfortunately, within the weeks leading up to the kickoff of the tour, both Cold Bay and Nafla had dropped out due to personal reasons. Despite these setbacks, the show was met with eager anticipation of fans from all over.

Just outside the Copernicus Center in Chicago, the sidewalk was lined with fans waiting to meet Xydo and RAVI. In spite of the weather just barely holding out, anticipation filled the air as fans would soon start filling the venue.

The theater is considered a seated venue, but fans had other ideas as they quickly surrounded the stage upon the rising tempo of Xydo’s “Drawing” when it began to echo throughout the room. His soulful voice and bright smile intensified the love calls that were made with every passing glance, and on several occasions, he closed the distance. During a short break, Xydo had revealed that the shirt he was wearing was bought on his first visit to Chicago. The room was calm but elated as this was a connection that made Chicago momentous. Continuing through his set, he also performed his most recent single “Free,” from the Twenty-five Twenty-one OST, along with fan favorite “#OOTD,” which he asked for the audience to join in on the chorus. What felt like only a few songs soon became the last few to conclude the first half of the night.

As RAVI entered the stage, the energy grew exponentially as the bass of “Revoir” and the transition to “Rockstar” lit the room. Even during the wispy beats of “Roses,” the crowd remained unchanged as RAVI’s deep voice called out for everyone to raise their hands. When he wasn’t creating waves of excitement over his constant body rolls, he was tossing water into the crowd, further intensifying the screams of those impacted. Nearing the end of his set, Xydo joined him on the stage for a few collaboration songs before making another exit. His set continued with “Winner,” “Warrior,” and several other high energy tracks before RAVI left the stage.

Amidst an encore call, both artists simultaneously returned to the stage to perform snippets of previous tracks, and eventually make what was officially their final exit. Despite the setbacks and unforeseen events that foreshadowed this night, the concert was wildly successful.

Special thank you to GROOVL1N and Studio PAV for allowing Officially Kmusic to attend, and make sure to head to our Facebook page here for photos from the show!