Despite it pouring the entire Sunday evening, moods were not dampened and the crowd had never been fuller at The Max Pavilion @ Singapore EXPO for iKON’s CONTINUE TOUR. This was iKON’s third return to Singapore after their last power-packed SHOWTIME TOUR in 2016. With iKON’s long-awaited comeback in January this year and ‘Love Scenario’ topping the charts on numerous digital platforms, fans have been awaiting their return to Singapore. 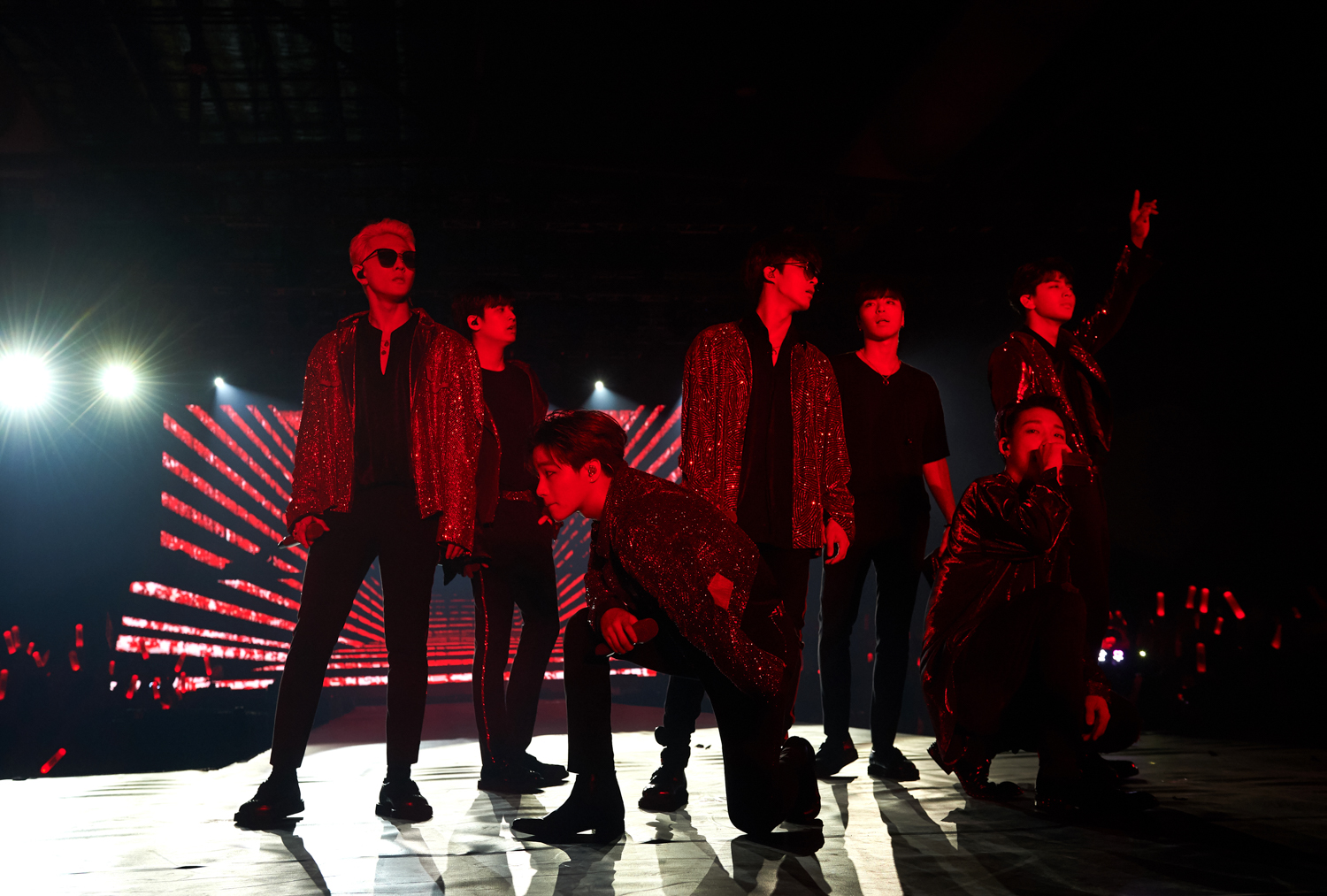 As the lights dimmed and seven familiar silhouettes rose on an elevated platform, the crowd surged and fans were at the edge of their seats. The group kicked off the night with the most apt track ‘Bling Bling’. They continued to drive the crowd hysteria with upbeat tracks like ‘Si No Si Chak’ and ‘Rhythm Ta’. It would be a lie if you claimed not to have sung or bopped along with it. During the introduction segment, the boys introduced themselves and impressed fans with their English, not requiring a translator at all. “Singapore is my city,” Jin Hwan declared with his arms wide opened and fans swooned. The boys shared about their Chilli Crab experience in Singapore. Bobby explained how they explored multiple destinations within the country but failed to experience a beach. However, he surprised fans by bringing a beach to them, at the concert hall. 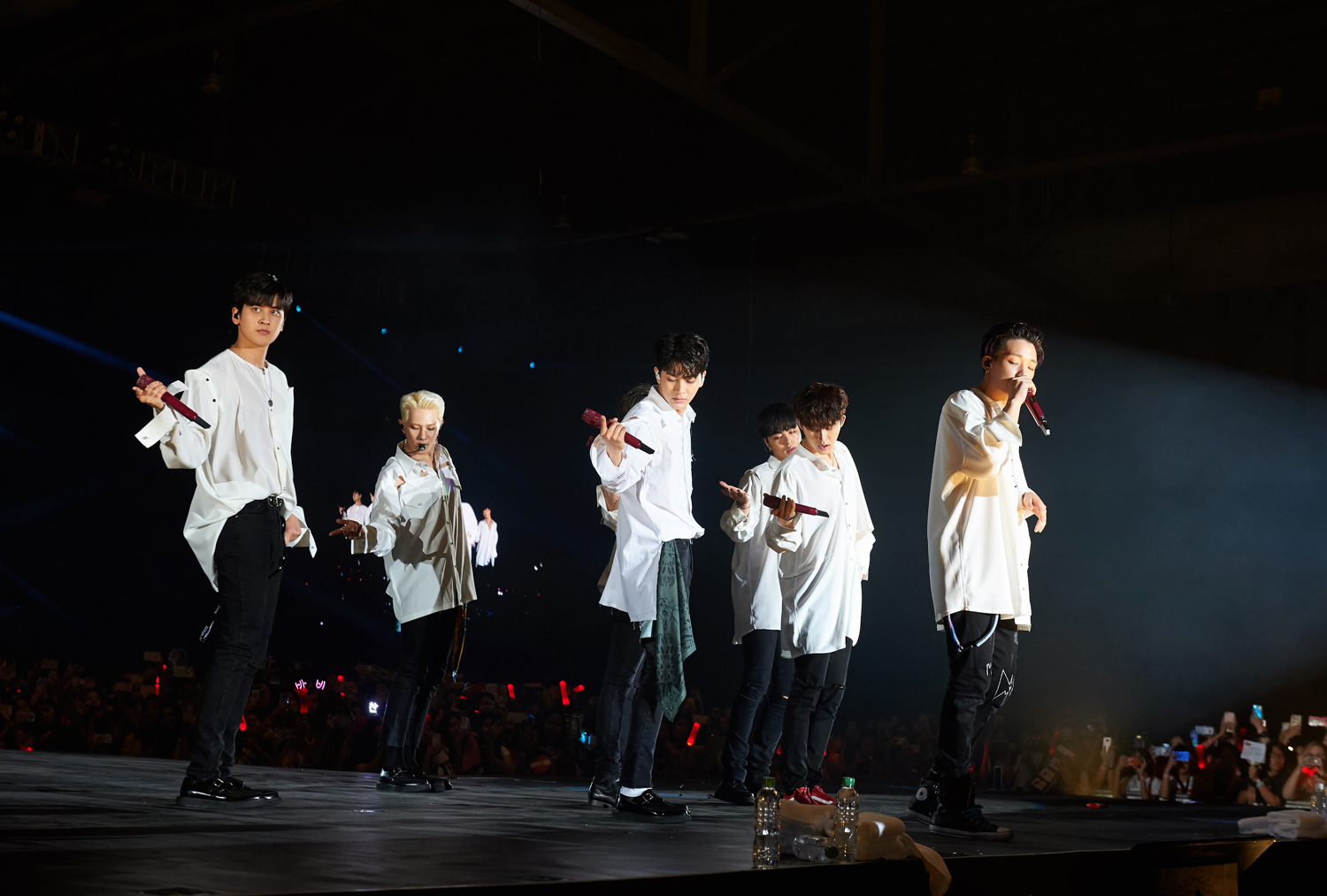 With that, the boys began the next segment with ‘Cocktail’ with a backdrop of a beautiful, vast beach on the LED screen. The Double B’s rocked the stage with their rap solos and eventually came together for ‘Anthem’. It was a stunning sight to behold because Double the Bs- Double the power, right? After a documentary VCR, the boys re-appeared on stage, clad stunningly in white, with a comeback of ‘Love Scenario’. Some were on the verge of losing their voices while some rose from their seats to groove along to the beat. How good must a song be for it to be performed twice in a single night? This good. So good that it felt iconic because fans were basking in every living moment of it with their riddled fan-chants.

They ended the concert with four songs lined up for the encore stage. Contrasting to the songs they had sung before they took their leave from the stage, they came back stronger and louder, switching up the hype for the night. “Put your phones down,” Bobby said and everyone was confused. “We don’t want you dropping them when you jump.” The boys invited everyone in the hall to rise to their feet and jump along to the last few moments shared tonight. The crowd was cooperative and it was an unforgettable sight to behold. Grounds shaking, hearts palpitating and for once, it felt like everyone was together as one. iKON showed how elegance and fun can be brought to a single stage, and it amazes me how they are able to bring that experience to every stage that they are performing on. I left the concert in awe, remembering the fullness in the sea of red I saw tonight. 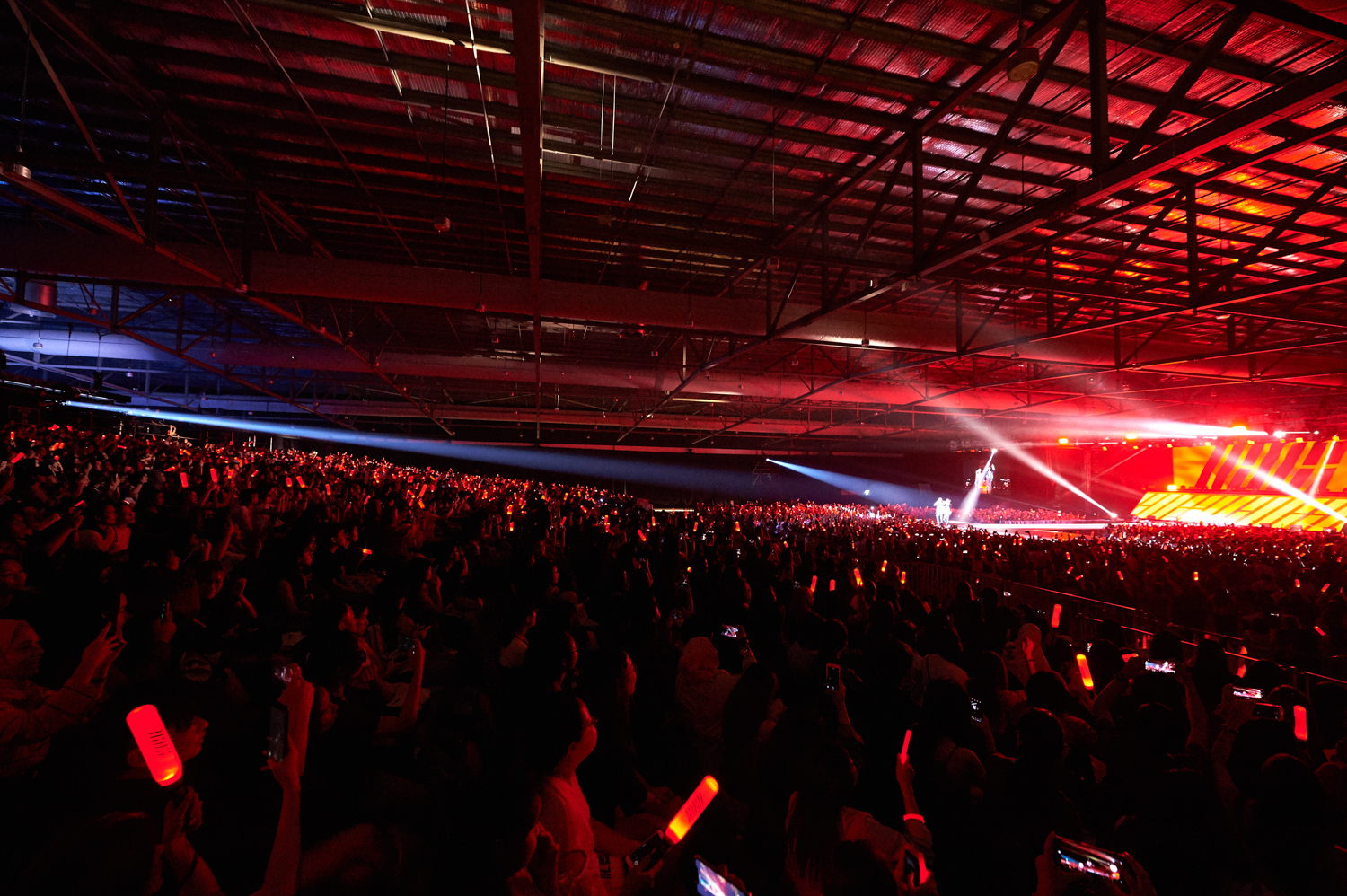