Hundreds of fans were lined up outside the Vogue Theatre in Downtown Vancouver on September 25th for ‘Illionaire Tour 2015: Canada’ hosted by TR Canada. A number of fans were wearing Illionaire snapbacks, ready for the concert to begin. This wasn’t Dok2 and The Quiett’s first concert in Canada, as they had held a concert just last year in Toronto. It was, however, Beenzino’s first Canadian concert. J.Kido was featured as the DJ, and a special guest was in the audience—Beenzino’s girlfriend—Stefanie Michova! 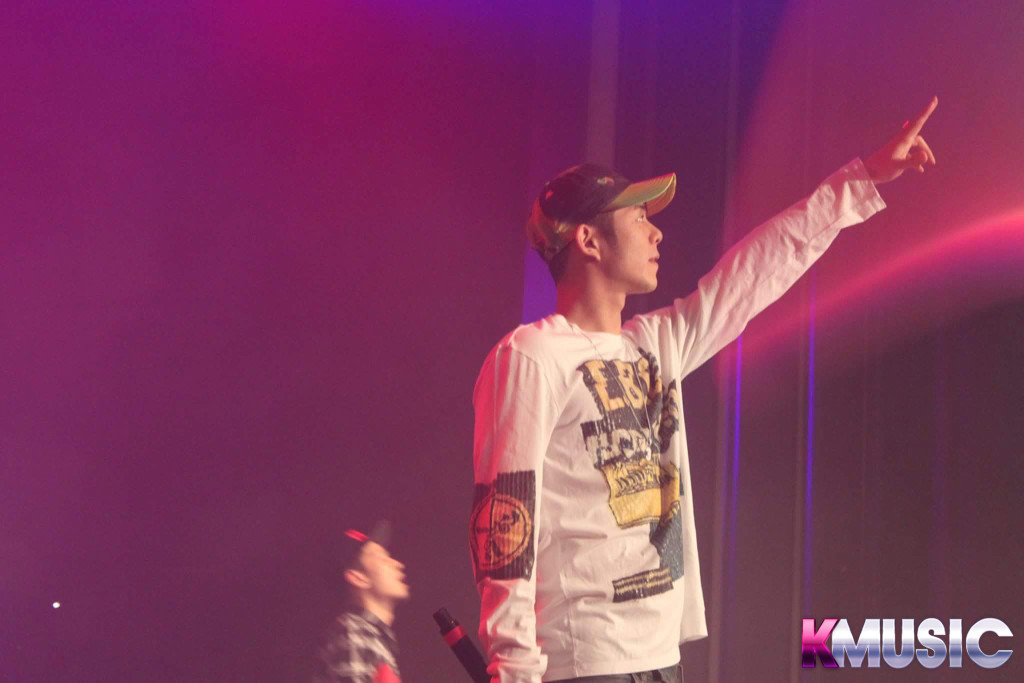 The concert started at approximately 7:20pm, and ended just after 8:30pm. The fans began cheering for the trio as soon as the lights dimmed, and, as soon as they started performing, fans were up and jumping while singing along with the group and waving their light-sticks, which were very generously handed out at the entrance. The trio was incredibly energetic while performing and making sure to make lots of eye contact with the audience. 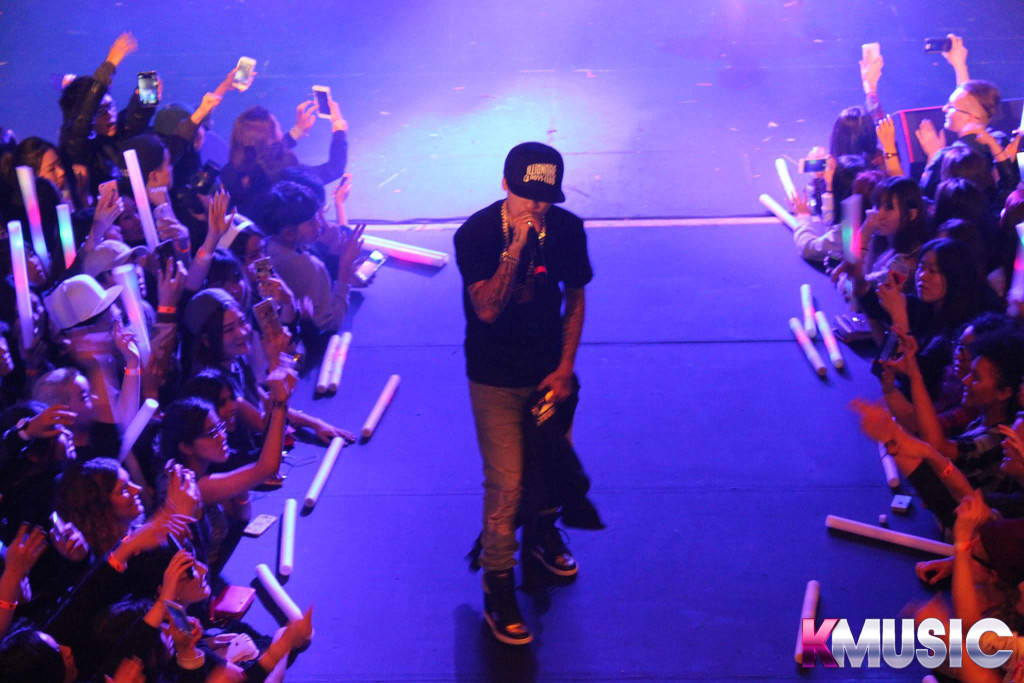 A few minutes into the concert, they thanked the fans for supporting their album, and continued thanking the fans throughout the concert—saying that Vancouver was amazing. The group wished us a happy Chuseok, which was coming up in just a couple of days. They performed songs including ‘11:11’, ‘2Chainz and Rollies’, ‘Illionaire Gang’, ‘Profile’, ‘Go’, ‘Come Here’, ‘So What’, ‘Boogie On and On’, ‘Dali Van Picasso’, ‘Aquaman’, ‘How Do I Look’, ‘Don’, ‘Rain Shower’, and of course, ‘YGGR!’ They also covered songs from other artists. 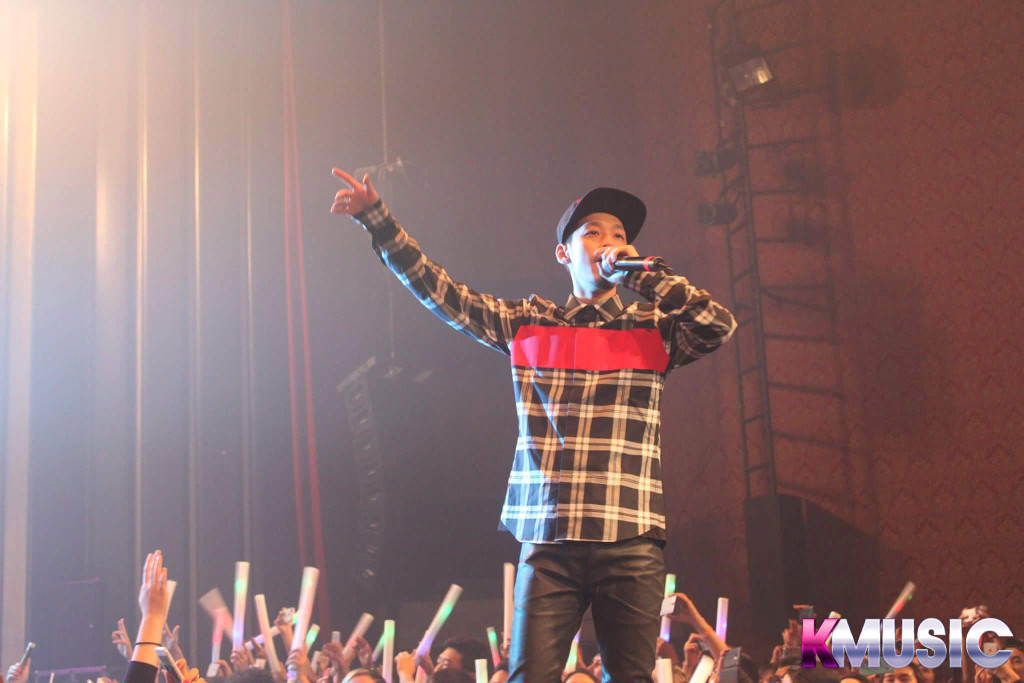 Dok2, Beenzino, and The Quiett made sure to cover every corner of the stage, engaging in plenty of fan service. During the beginning, they were more focused on the performance at hand, but, once it neared the mid to end of the concert, they began reaching out to hold fans’ hand for a much more intimate experience. Dok2 seemed to have given the most fan service and interacted the most with fans. While Beenzino and The Quiett engaged less, there were still plenty of interactions with them. About halfway into the concert, they began splashing the water at the fans, and Dok2 ended up throwing his customized jacket at the fans, letting an extremely lucky fan keep it.

When the concert was almost over, they teased everybody saying that the concert was over with a simple “goodbye.” As soon as they walked out of sight, fans began chanting “encore,” urging them to come back out again. Eventually, they came back out to perform several more songs. Illionaire ended up performing ‘YGGR’ three times; two of the performances being remixes of the original song. The audience was still energetic as ever, and the theatre was bursting with energy. 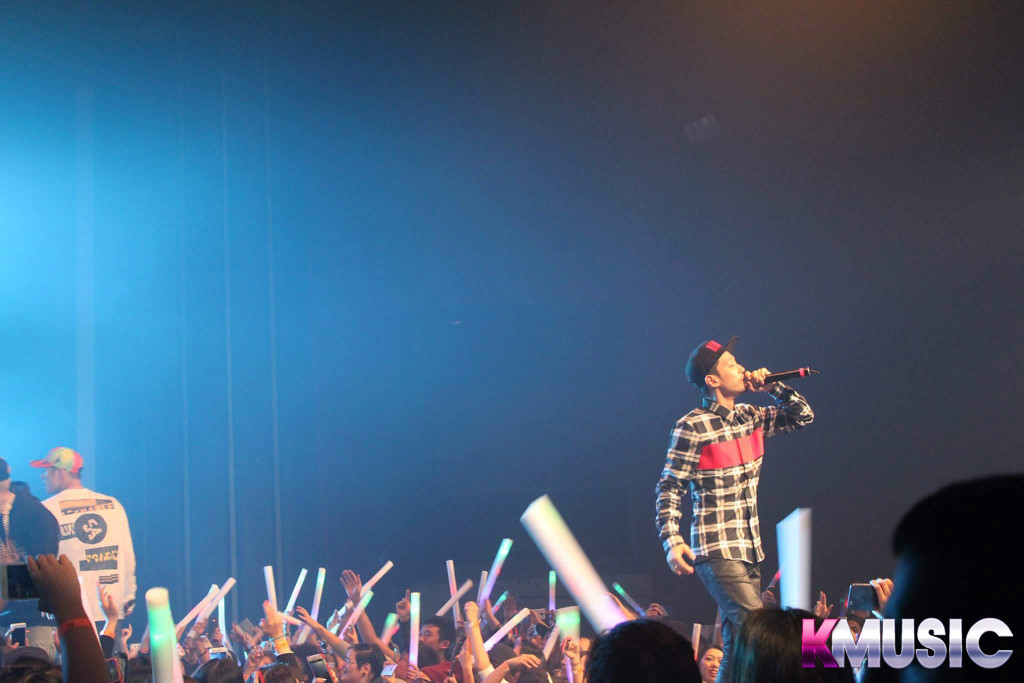 They said their final goodbyes after the last performance of YGGR, leaving many fans sad that the concert had come to an end, but they were still left with many amazing memories. It was definitely an unforgettable experience that left the hundreds of fans not wanting to leave. I would give the concert a rating of ten out of ten, and hopefully there will be more concerts here in Vancouver! 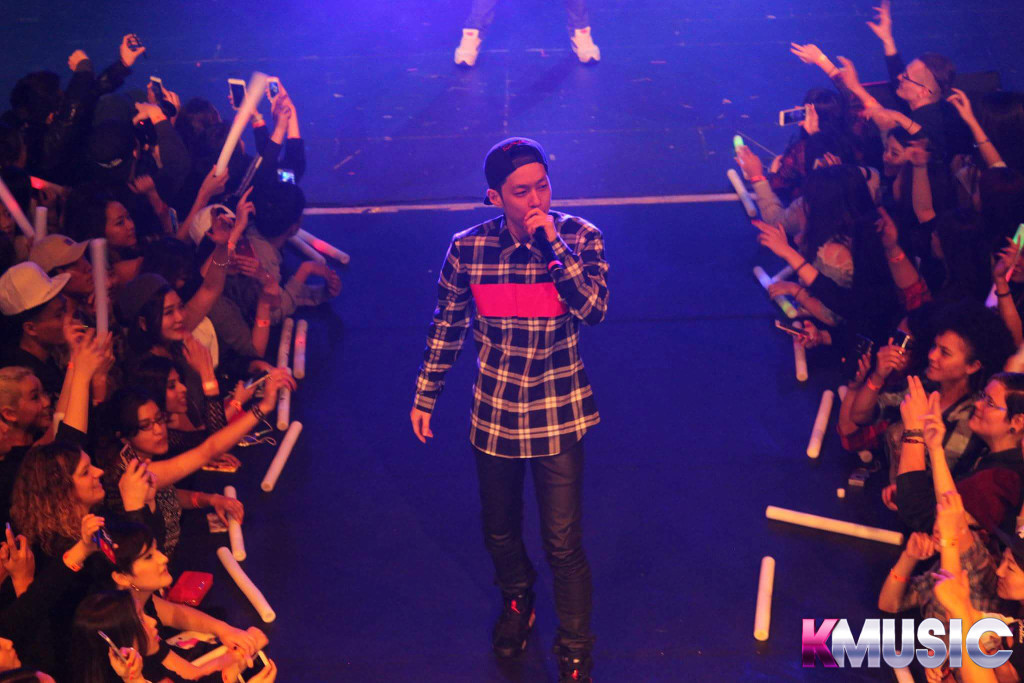 Thank you to TR Canada and Illionaire Records for letting us cover this amazing event!

Scroll for more
Tap
Oh My Girl Is Back With Teasers of ‘Closer’
BIGBANG in Vegas!
Scroll