The priority entry fans eagerly filed in and headed straight to the barrier. They didn’t move, and they were ready to go from the moment the doors opened. Followed in by the remaining fans, the DJ made sure to have the energy of the room high. You could feel the anticipation in the room as he dropped remixed classics such as GD x Taeyang‘s ‘Good Boy‘. The fans were excited as they enjoyed the pre-show. Every moment in the set was met by elated cheers, as fans expected their performers to jump out at any moment!

As the screen flashed with Indigo Music‘s logo, the DJ dropped a new beat as Noel came jumping out onto the stage. Feeding off of the crowd’s energy, Noel treated his fans to a mix of high energy sounds such as ‘더블오 – Double O‘, ‘범퍼카 – Bumper Car‘ and ‘베비암어락스타 – Baby I’m A Rockstar‘. 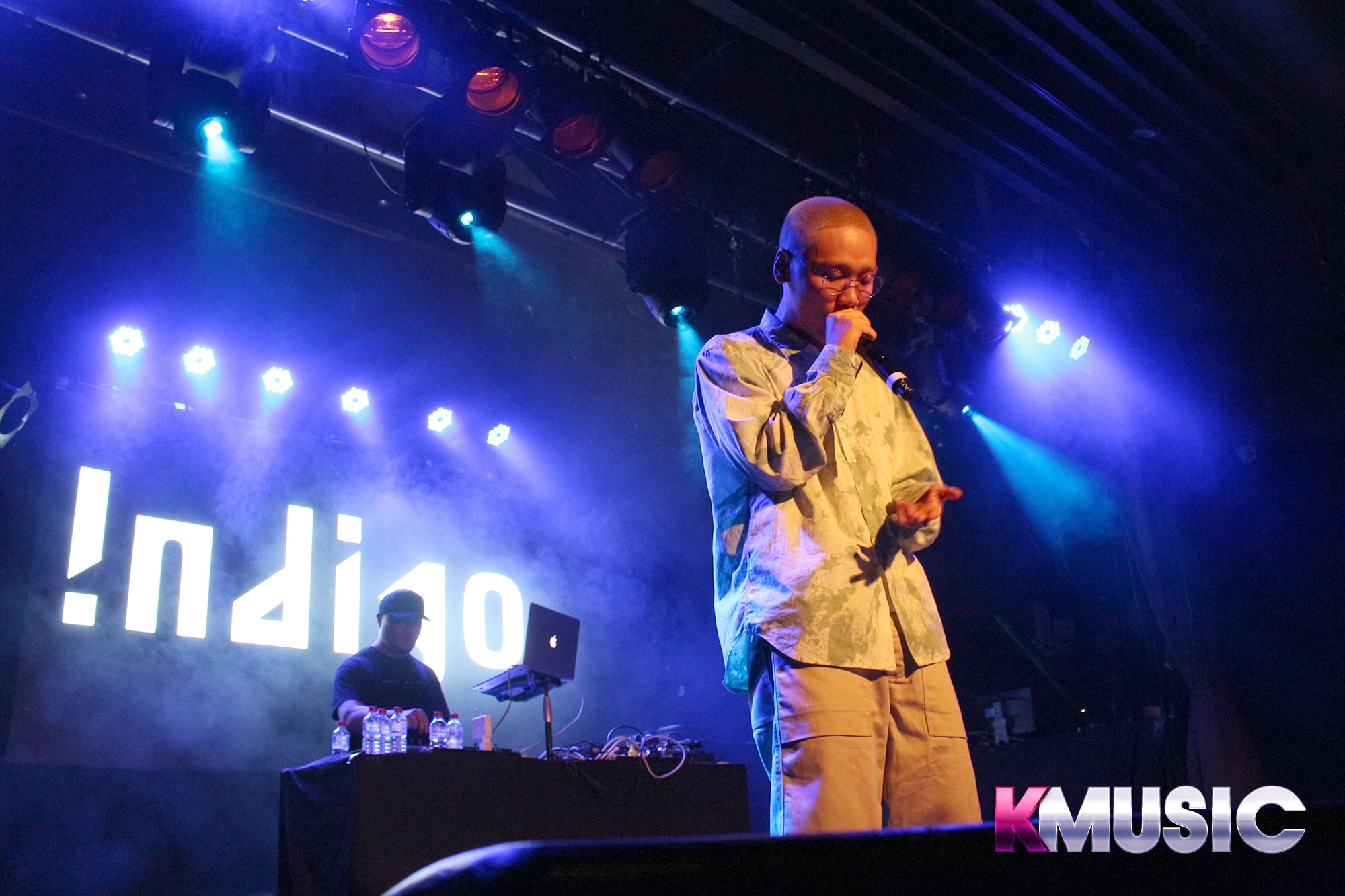 Making sure not to let the energy dwindle, and following right on from Noel, out came JustThis! He was quick to keep the energy high, and kept the fans happy with some of his own, including ‘취급주의 – Handle With Caution‘ and ‘오멘 – Omen‘. 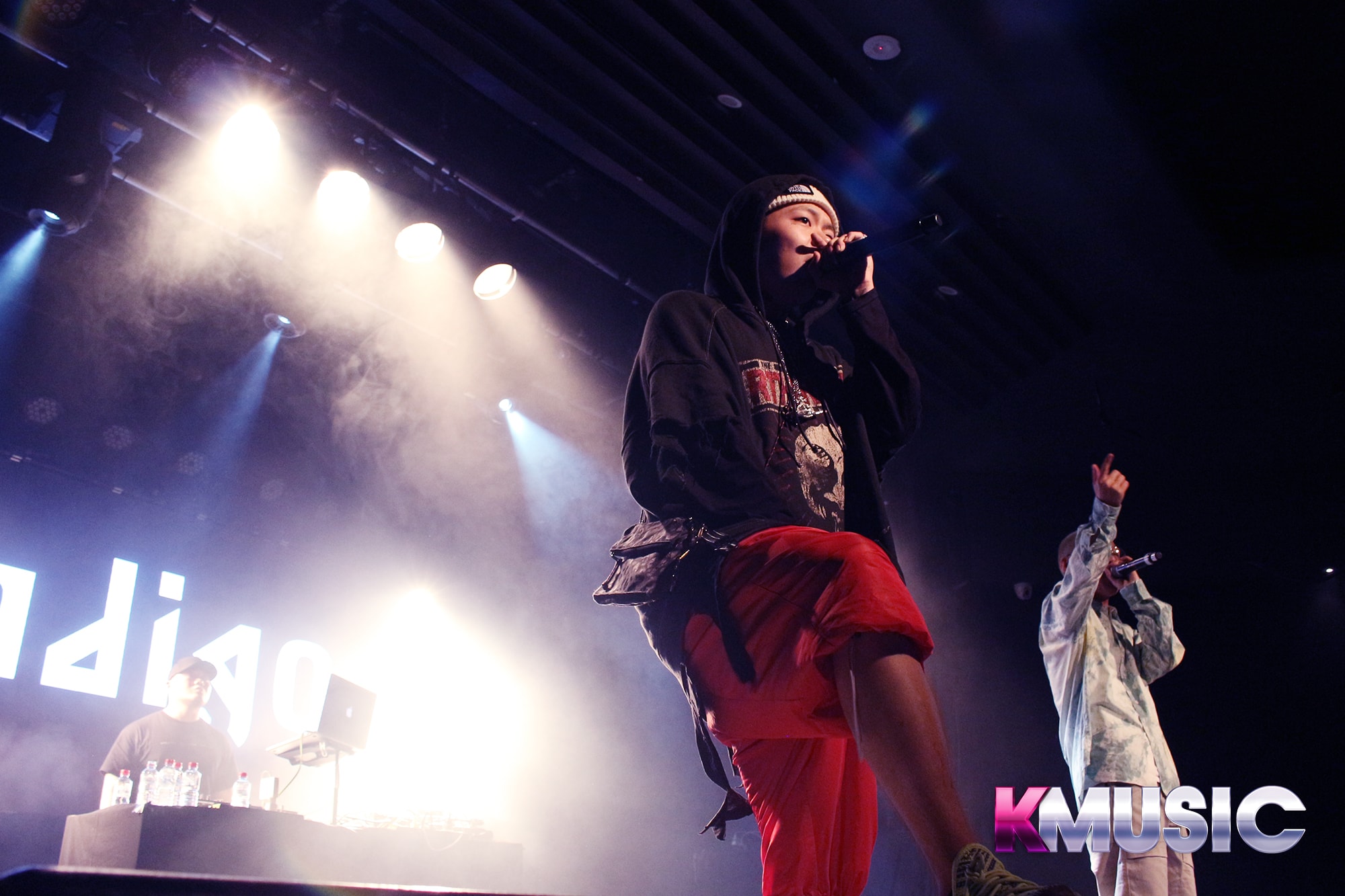 The crowd was given a moment to catch their breath as Kid Milli entered the stage. Bouncing from one side of the stage to the other, he fed off the fans emotions while he treated fans to ‘듀라셀 – Duracell‘, ‘코션 – Caution‘ and ‘굿데이 – Good Day‘, he even surprised one lucky fan by taking their paper and sharpie, and gave them a quick autograph! 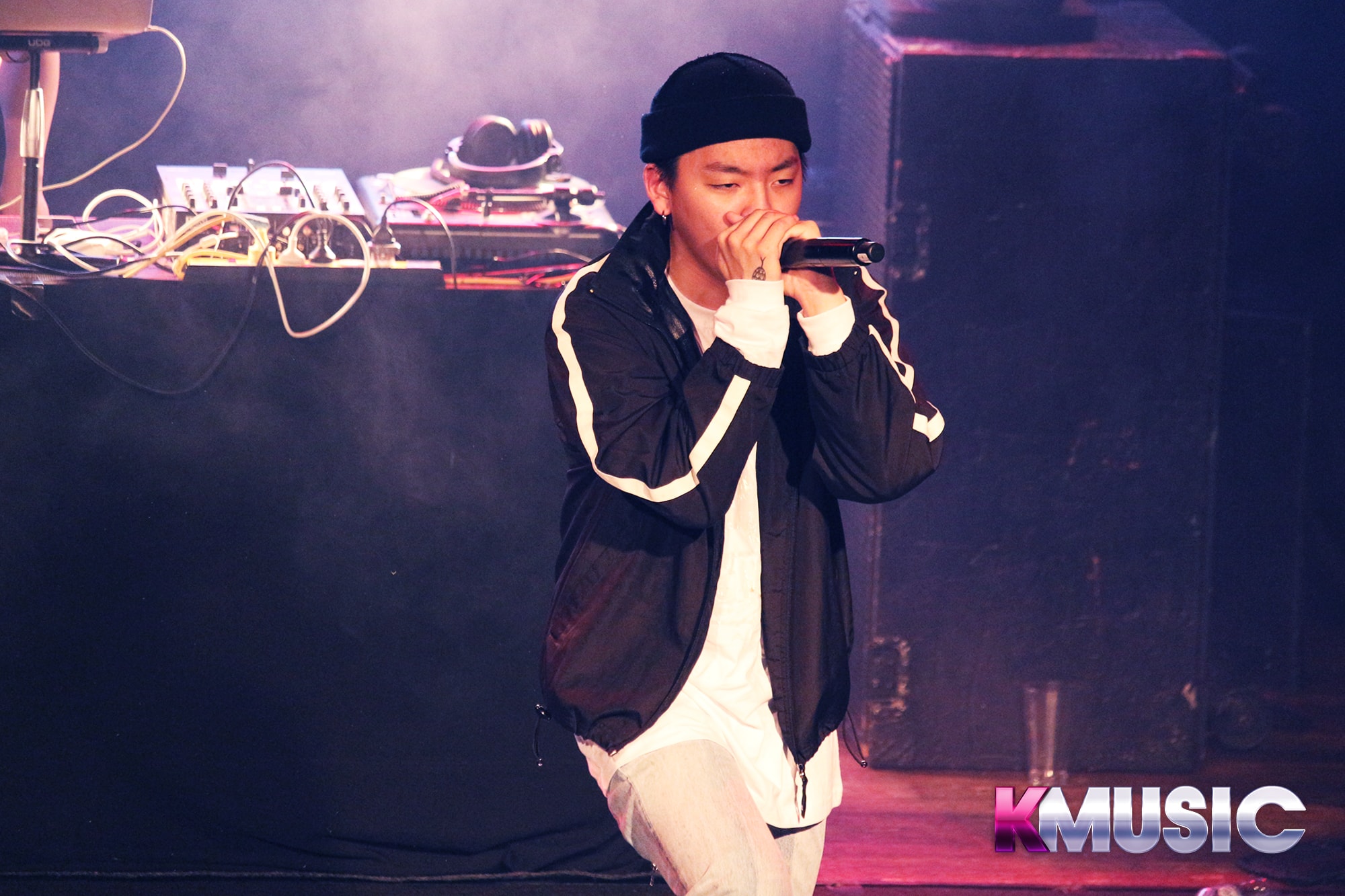 The night ended with the three rappers joining together on stage for an encore performance of ‘플렉스 – Flex‘, ‘1234‘ and finally ‘인디고 – Indigo‘.

Each song was met with crowd participation, and the rappers were loving it! It was a night Melbourne fans won’t forget, and we hope Indigo Music will come back again soon!