On the brink of Christmas season, legions of Indigo Music fans lined up outside Max Watts Sydney in Entertainment Quarter. For the all ages show, Korean hip-hop fans in their late teens and twenties bantered over which Indigo Music artist they were most excited to see: Kid Milli, NO:EL, or JUSTHIS. 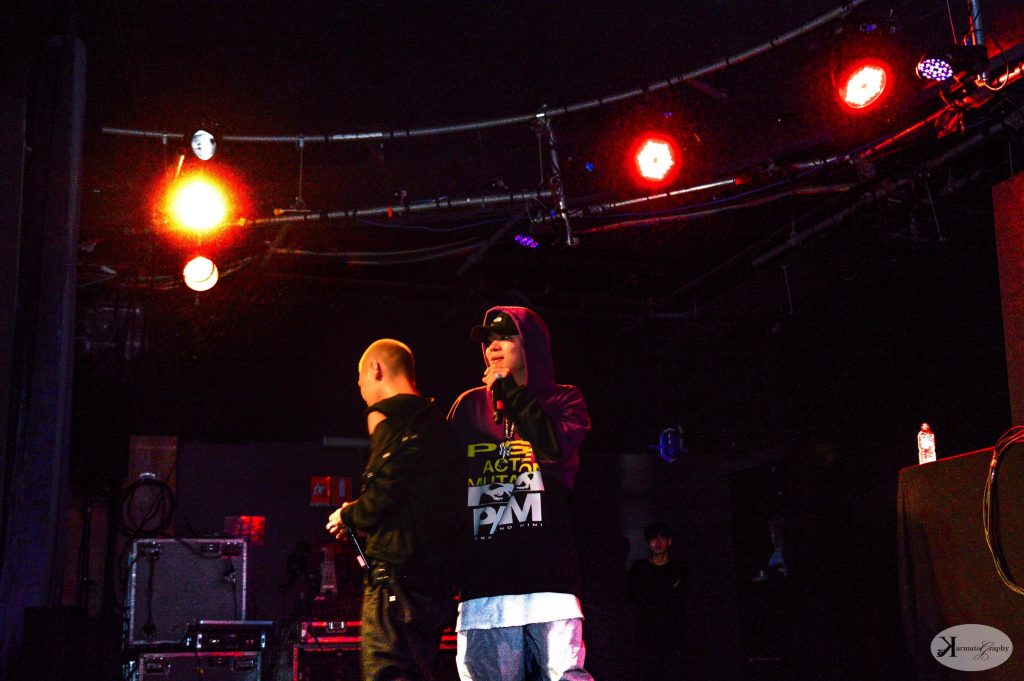 The artist roster boasted half of Indigo Music‘s rappers, including Kid Milli whom recently gained popularity after this season of ‘Show Me The Money‘; NO:EL from ‘High School Rapper‘, and JUSTHIS: the most senior member.

NO:EL kicked the night off with a flurry of his greatest hits. Having recently entered the limelight at the ripe age of 18, NO:EL launched onto stage with his number one solo track, ‘00 (Double O)‘.

“I’m fuc*ing thick, you’re a fuc*ing bi*ch,” the crowd rapped in unison with NO:EL; clearly the most memorised line from the song.

The youngest and least established of the three rappers, NO:EL took a quick moment to embellish his youth. “I never been to Sydney, how you guys going?” He asked the crowd. 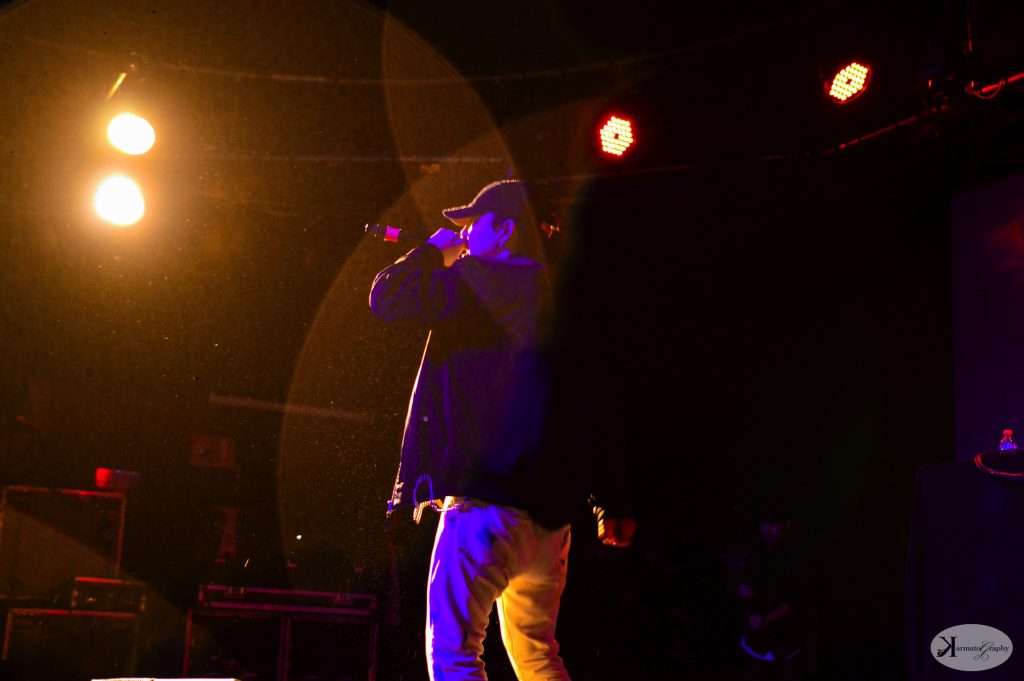 “Sydney, do you know who the f*ck is me?” NO:EL jokingly asked.

Spitting bars quicker than we imagine, NO:EL‘s skill truly spoke for itself as he seamlessly jumped from track to track. The airy ‘Gub 1 Jul‘ (굽1절) relaxed the crowd before the young rapper rapped his underground remix of Giriboy‘s ‘Bumper Car‘.

NO:EL rapped up his initial set with ‘Work Out‘ and ‘Baby I’m a Rock Star‘. With his unique blend of rap and bouncy sounds in his repertoire, he can produce a bombard of aggression over any kind of beat. NO:EL‘s youth is in his favour as he continues to evolve with every new song he releases.

By the end of his set, everyone for sure knew who NO:EL was.

NO:El invited JUSTHIS to stage for their track ‘Handle With Caution‘. If anything was certain, it was that Justthis‘s set was going to be more thematic than the previous one. Decked out with more mature themes in ‘Omen‘, JUSTHIS asked for the lights to be turned off so we could be fully immersed in his words. Like NO:EL, JUSTHIS didn’t use a lot of english in his set, but this suited the predominantly Korean crowd of 20-somethings. 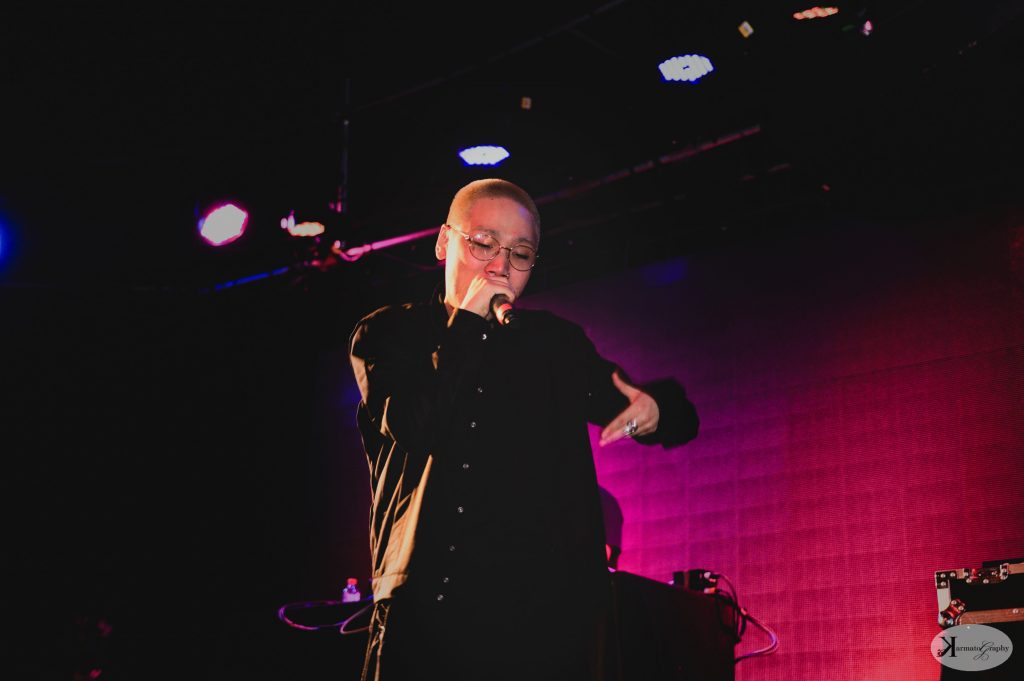 Finally, JUSTHIS concluded his set with ‘Gone‘, a thoughtful rap song which laments the notion of memory and disappearance. If you, me, or anyone was to disappear today, would we still be remembered tomorrow?

Finally came the most trendy of the Indigo Music artists as of late, Kid Milli. Fresh off his success on ‘Show Me The Money‘, Kid Milli has been killing it in the Korean rap scene.

Firstly, Kid Milli played ‘Why Do F*ckbois Hang Out on the Net,’ an absolute banger that sent the crowd into an uproar. 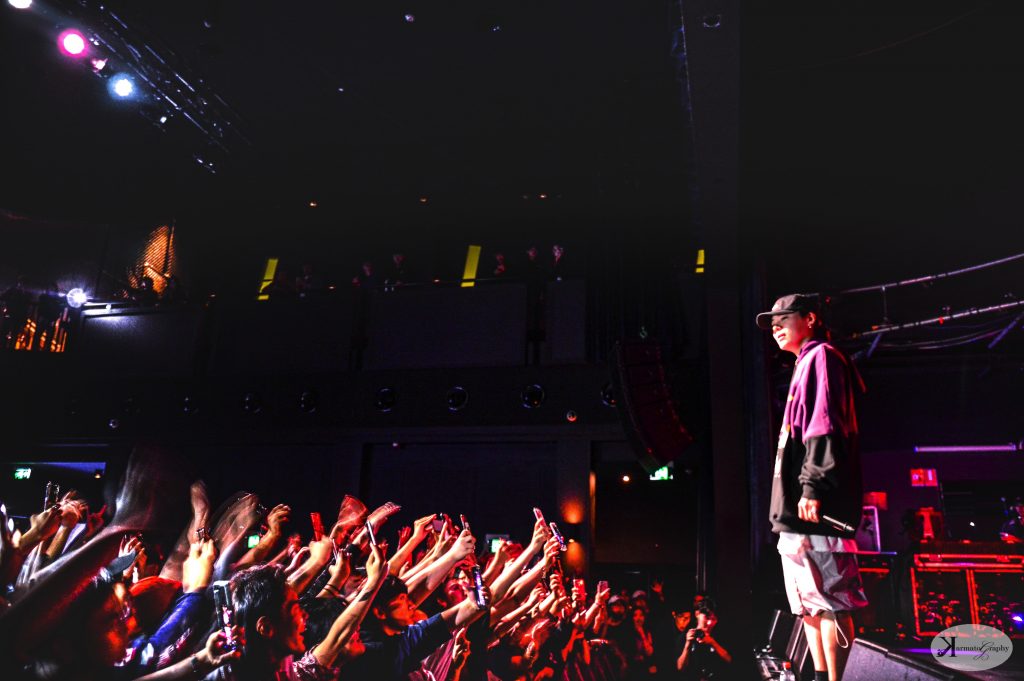 “Y’all are too nuts. 당신은 미쳤어 (You’re all crazy),” Kid Milli said, shocked by the positive response to his first track. The next two songs, ‘Duracell‘ and ‘Caution‘ yielded positive cheers from the crowd, but these paled in comparison to the love of the first song.

Wrapping up his solo set, Kid Milli gave the crowd a pleasant surprise with his performance of ‘Good Day‘, a hit track made during his time on ‘Show Me The Money‘.

Throughout each of the boys’ solo sets, there was a hesitation that comes with nervousness and jitters. The songs were performed as cleanly as expected by these hiphop talents, but with little more than that as if each artist was being held back. Many of the songs screamed banger, but it was hard to maintain that level of excitement and take that even higher throughout the evening. 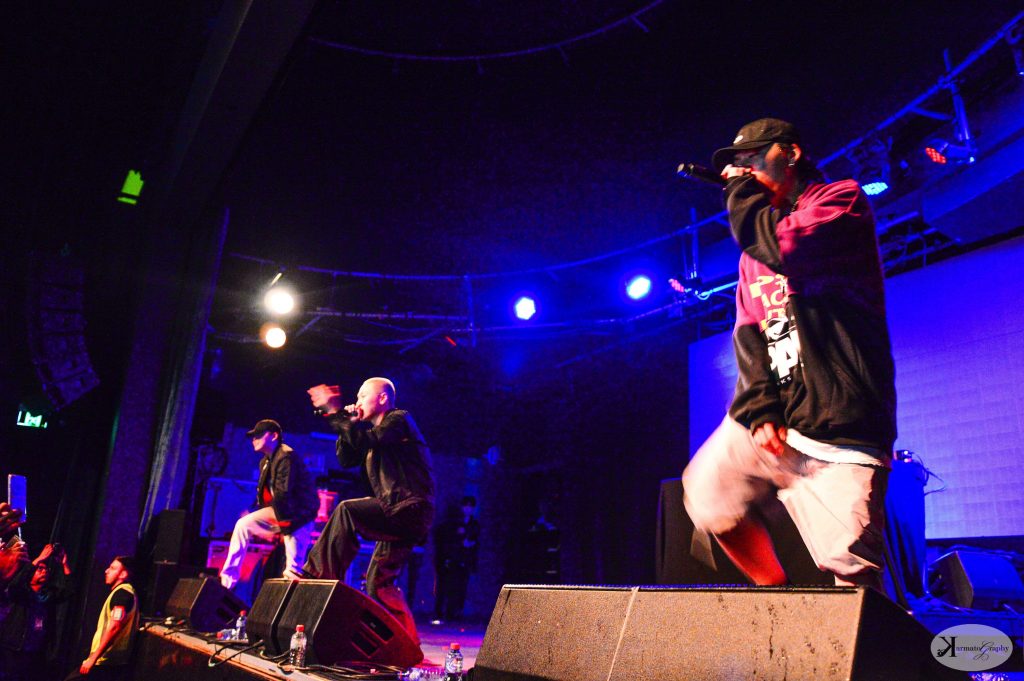 Soon after, Kid Milli invited the rest of the boys back on stage for the peak of the night. Showing the very best of what Indigo Music has to offer, the trio blitzed through ‘Flex‘ and ‘1234‘. Kid Milli and JUSTHIS jumped off the stage and down into the moshpit, high fiving screaming fans and rapping to the ongoing cheers. Leaving the stage for a few moments, the boys rested as the crowd screamed “encore” and “Indigo.” With the screams dwindling, the boys returned to the stage with their final song of the evening, ‘Indigo‘.

Ultimately, half of Indigo Music’s roster brought their all for Sydney fans, leaving a nice memory in our minds as the clock winded down for Christmas. Still at the early stages of their careers, who knows what these guys will do next. All that matters is that we’re here for it.

The Indigo Music Australian Tour was brought to you by +82 Culture and Indigo Music at Max Watts Sydney, Entertainment Quarter. The event was held in Sydney, Australia. 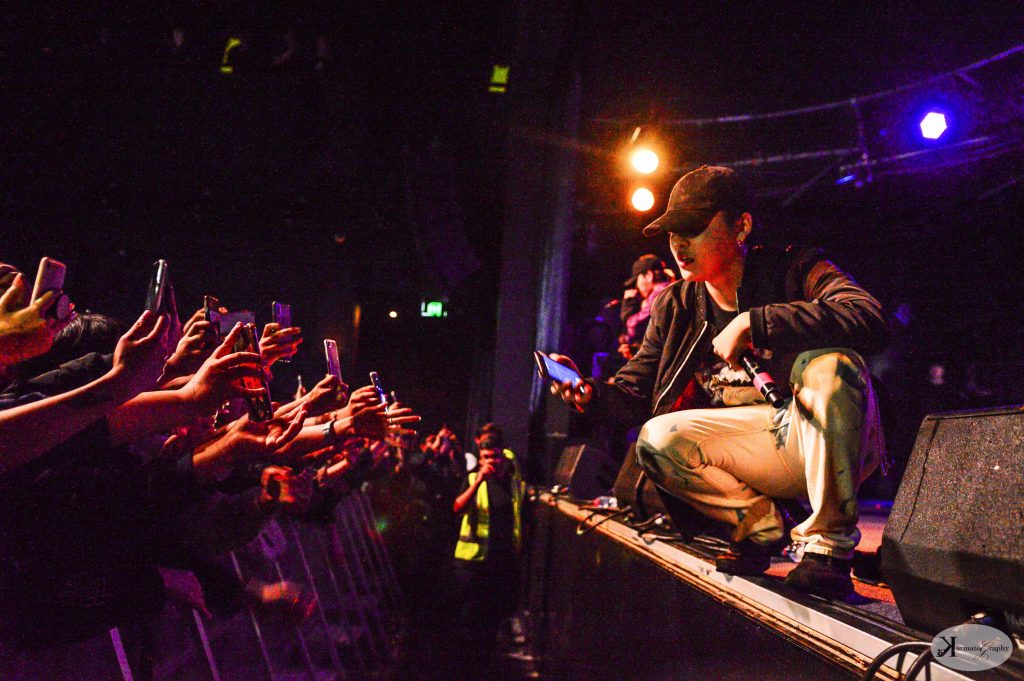 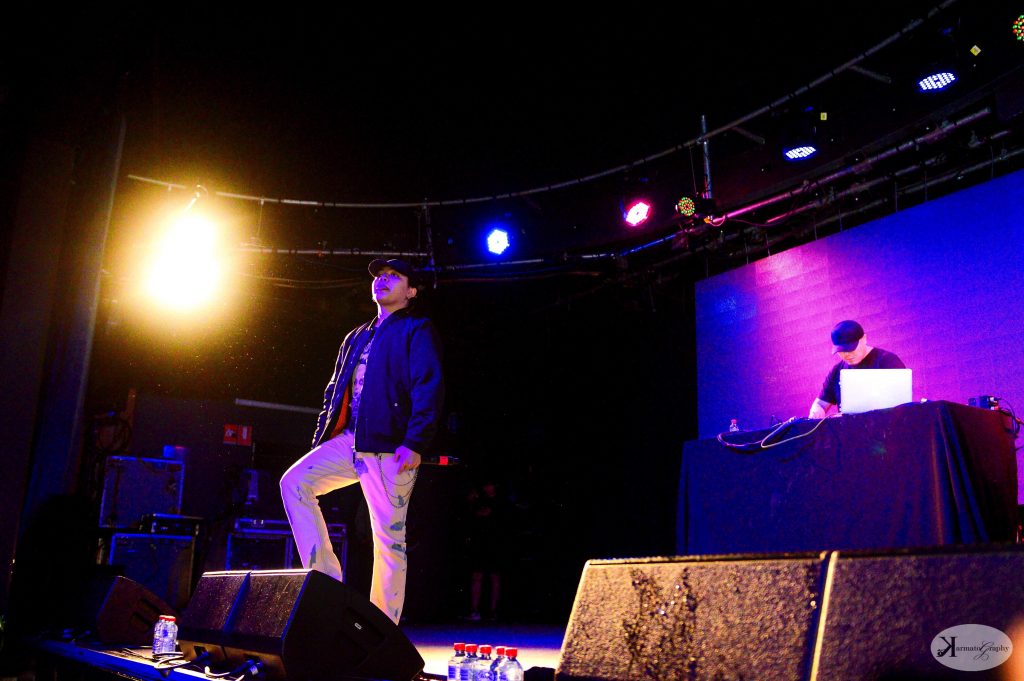 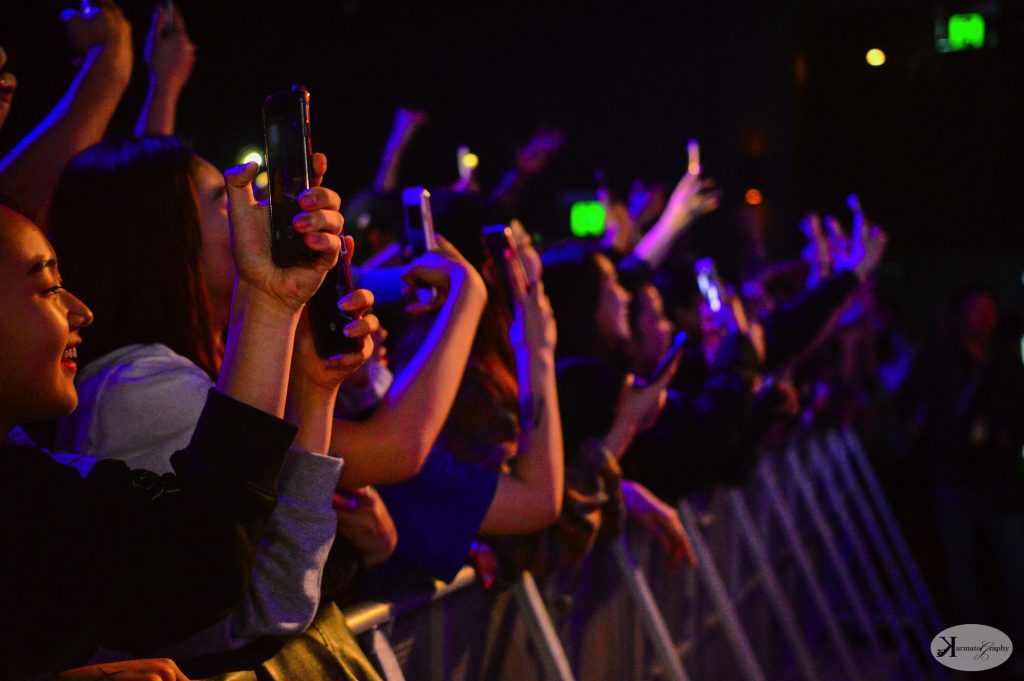 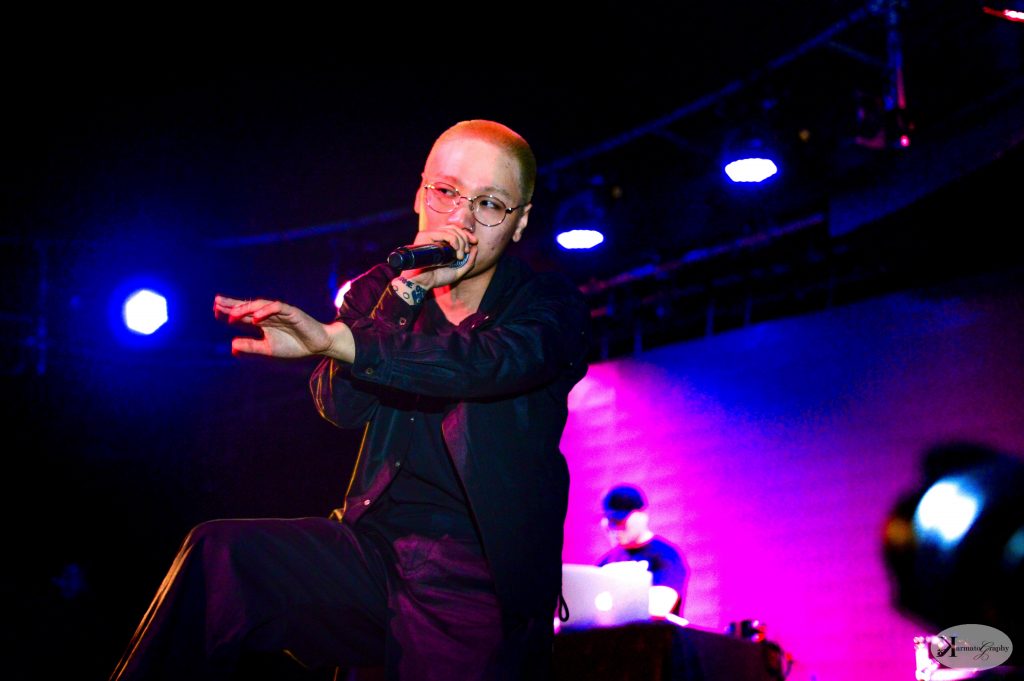 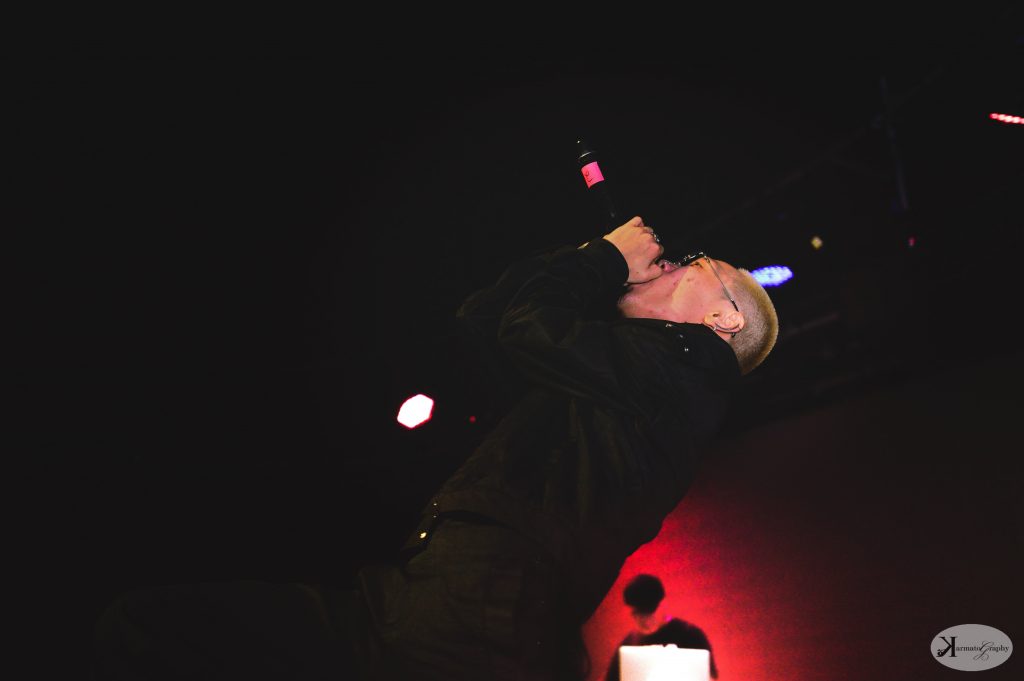