[K-EXCLUSIVE] Interview with LUCY, the unique band which will catch your heart 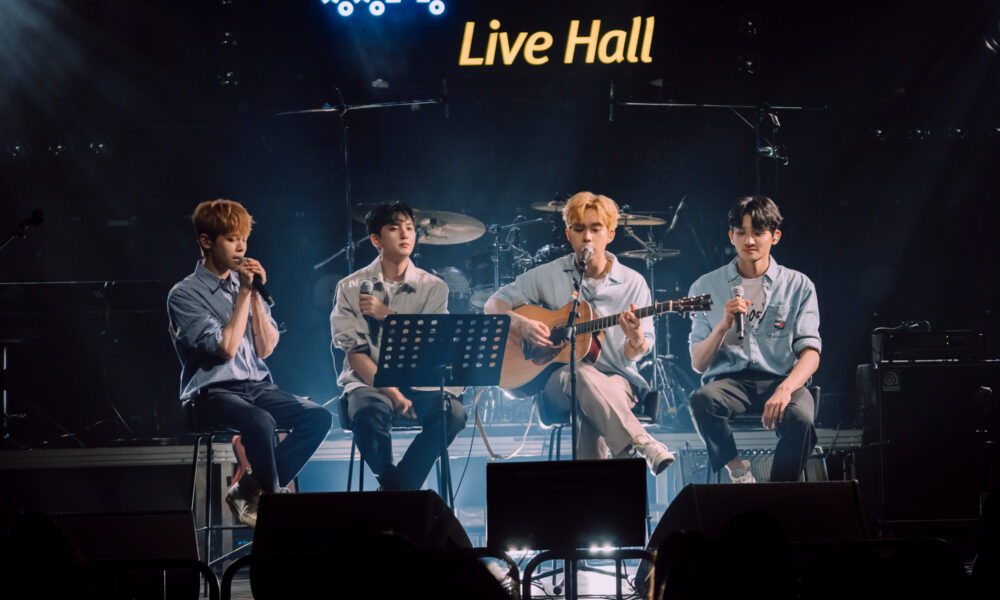 [K-EXCLUSIVE] Interview with LUCY, the unique band which will catch your heart

We got together with the band LUCY to talk about their recent projects and to know the members more. After participating and securing second place on the survival show JTBC SuperBand, the band members officially debuted on May 8th last year. Since then they released 4 single albums, one extended play and 6 singles. The band also appeared on OST albums, namely for Zombie Detective with „I don´t wanna heart you“ and the drama Run on with the song „Run to you“.

Are you curious about the leader and violin player Yechan, vocalist and guitarist Sangyeop, producer and bassist Wonsang and Gwangil, the vocalist, drummer and maknae? Let’s meet them in our below interview!

Can you please introduce the group and members to our readers?
LUCY: Hi! We’re LUCY! LUCY is the four-member band of Yechan Shin, Sangyeop Choi, Wonsang Cho, and Gwangil Shin, won the runner-up in JTBC’s ‘Super Band’ in 2019. We are a unique band team with violinist, and our goal is to show various genres of music in LUCY’s colors.

How was your band created and why did you decide to name your band “LUCY”?
Won-sang: It was named after the dog that was in my studio. We’re usually active like puppies. When Gwangil said “How about ‘LUCY’?”, there was no disagreement. And LUCY has the meaning of Light, and I wanted to show the music without prejudice through the name of neutral feeling.

If you were to describe LUCY in five words maximum to tell what your theme or songs are about which words would you choose?
LUCY: Refreshing Breeze.

You also incorporate violin into your music. How did your members come to love and play their respective instruments?
LUCY: In most cases, we think of the violin first and work on it, and we usually try to melt it well into band music by placing it in the role of an electric guitar.

If you could switch with one of your members to play (or be able to play) their instrument which one would you choose?
Won-sang: Violin
Ye-chan: Guitar&Vocal
Gwang-il: Bass
Sang-yeop: Drum
And we actually have changed our positions and performed on the stage last time.

You have recently released a new song “Irrelevant Answer”, can you tell us a bit more about it?
LUCY: We tried to capture the situation where lovers, who are just starting their relationship, know each other’s feelings, but they are too shy to face it so they talk about something else in a fast beat.

Your album “Gatcha!” made it to the stores this year as well. How did you enjoy the making of this album? Do you have some stories to tell from the making of this single album?
LUCY: We wanted to intrepret the pop-like song in LUCY’s style, so we took the concept of the album as an overseas pop, improving the completeness of the album and putting a lot of effort into the sound.
And we remember that there were many candidate songs for the title track of the album and we had a lot of meetings to decide the title track.

Earlier this year you hold “LUCY ISLAND: First Landing”. Can you tell us more about this event? Can fans look forward to a similar event in the future?
LUCY: We think opportunities to communicate with fans are always precious. In particular, since it was our first solo concert, we worked really hard to prepare, and as we put on the stage the music we’ve honed for the past year, we could get the expectations that our performance will continue in the future. We hope we can have another concert as soon as possible.

What is one thing that you can do but the rest of the members cannot or are not as good at it? In other words, do you have some special talent or skill?
Ye-chan: Young face and I can get along with young friends well.
Sang-yeop: Steadiness, meticulousness.
Won-sang: My 114cm long legs and parking skill.
Gwang-il: The energy I have.

If you were to give a name to a star (in the universe) how would you name it and why?
Ye-chan: Walwal (As we can see it anywhere).
Sang-yeop: Heart (It’s far but close).
Won-sang: VVWS0815 (VV means star, WS is his name).
Gwang-il: Satellites (That’s not a star, that’s a satellite).

Would you like to say something to your international fans?
LUCY: Hello, overseas Walwals! Thank you for supporting us from afar. We haven’t met each other in person, but we can feel your support and hearts from here. We love you always and we’ll work harder so that our music can be delivered better across the ocean. See you soon!

Thank you LUCY for giving us the opportunity to get to know you better via an interview. We wish you the best for your future projects and hope to hear more of your music soon.

Are you falling in love with LUCY now and want to stay updated about their future releases? Follow the group on their SNS: YouTube, Twitter, Facebook, TikTok, VLIVE, support them on Spotify and join their FanCafé as well.