Saturday night in Times Square seemed like the perfect night to be out and attend the final night of the annual KASCON27 conference.  While catching the last hour of the conference that was very informative, fans really enjoyed themselves.

The concert line-up featured an up and coming actress from Nickelodeon, a human beat machine, a KPOPSTAR winner, and a rapper who’s made a name for himself as the Korean Jesus with some of his apostles took over the New York stage. If you’re wondering who we’re talking about, it’s Sung Lee, Megan Lee, Roy Kim, and the one and only Dumbfoundead. KASCON27 was certainly the place to be that night. 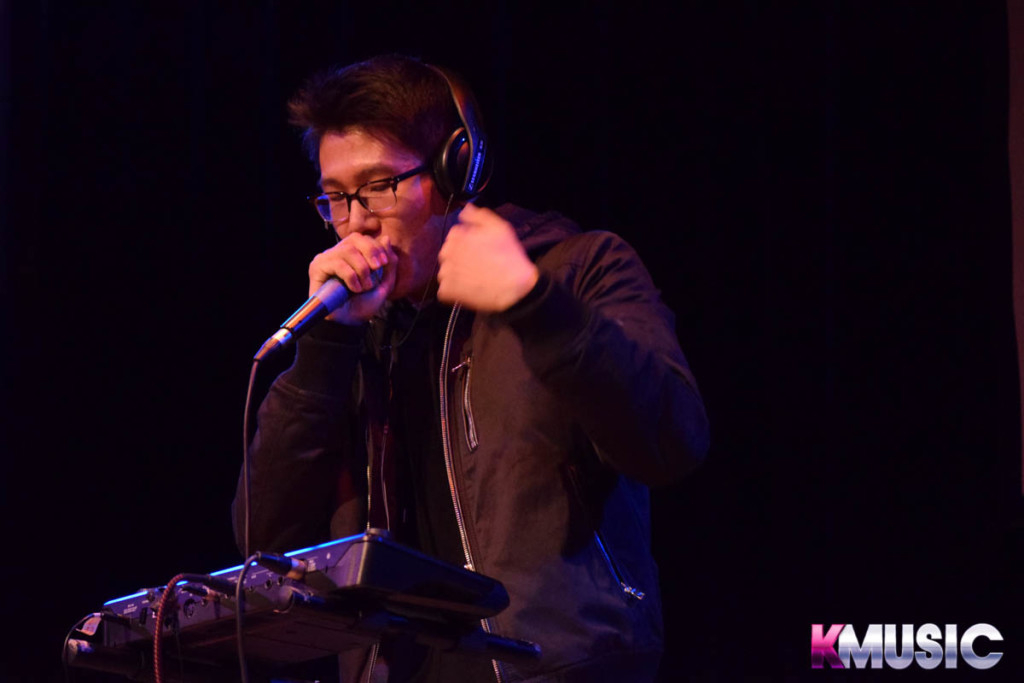 KASCON27’s opening act was Sung Lee, the famous and sickest beat boxer you will ever get the chance to witness. Sung Lee heated up the stage as he did flawless renditions of classics, including Destiny Child‘s “Bills Bills Billsthen introduced a sick contraption, which was his trusty Loop station which mixes the beats he makes—giving a clear sound to whatever beat he made. 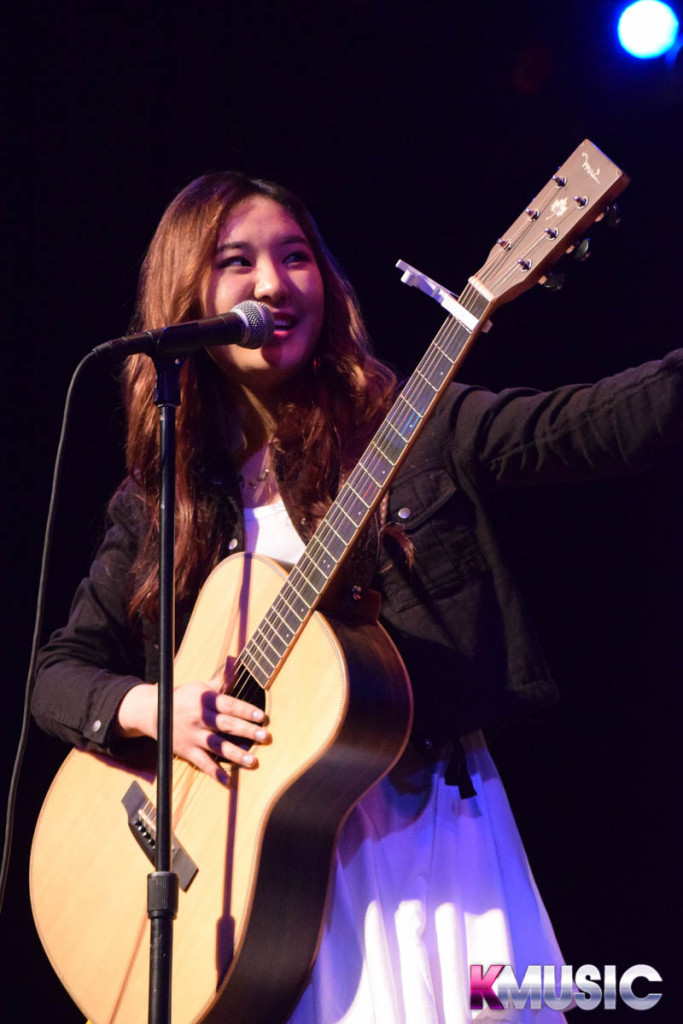 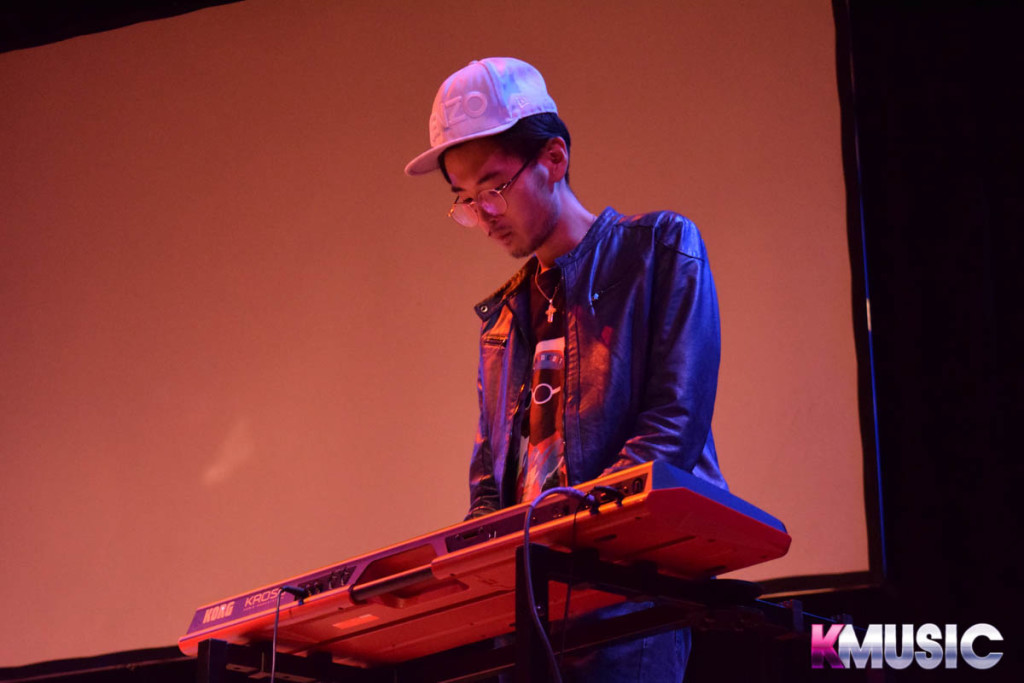 The second showcase was Nickelodeon’s “Make it Pop” star, Megan Lee, who lit up the stage with her easygoing persona and guitar. What made her so enjoyable to watch was that each song had a heartfelt story to it. Megan kicked off her set with a positive song she composed when she was younger and embarking on new adventures with her music, called “Dreams,” followed by an upbeat performance of Lauryn Hill‘s famous song “Killing Me Softly,” but one song that stood out the most was one that she composed when she was just a teenager in honor of her 6 year old little sister’s graduation from Kindergarten. It almost brought me to tears. Megan was accompanied by her good friend on piano, Colin Shin. Megan, then, closed her set with a song that meant the most to her because it represented her self-discovery as a Korean-American and really coming to learning about her heritage, culture, and identity, the popular Korean folk song “Arirang.” 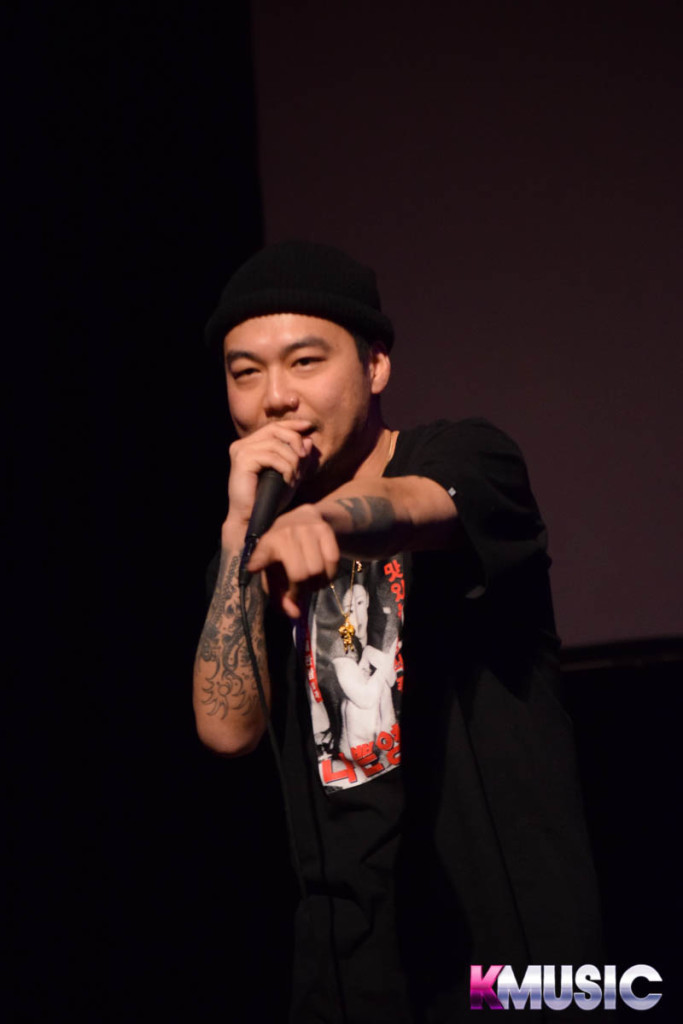 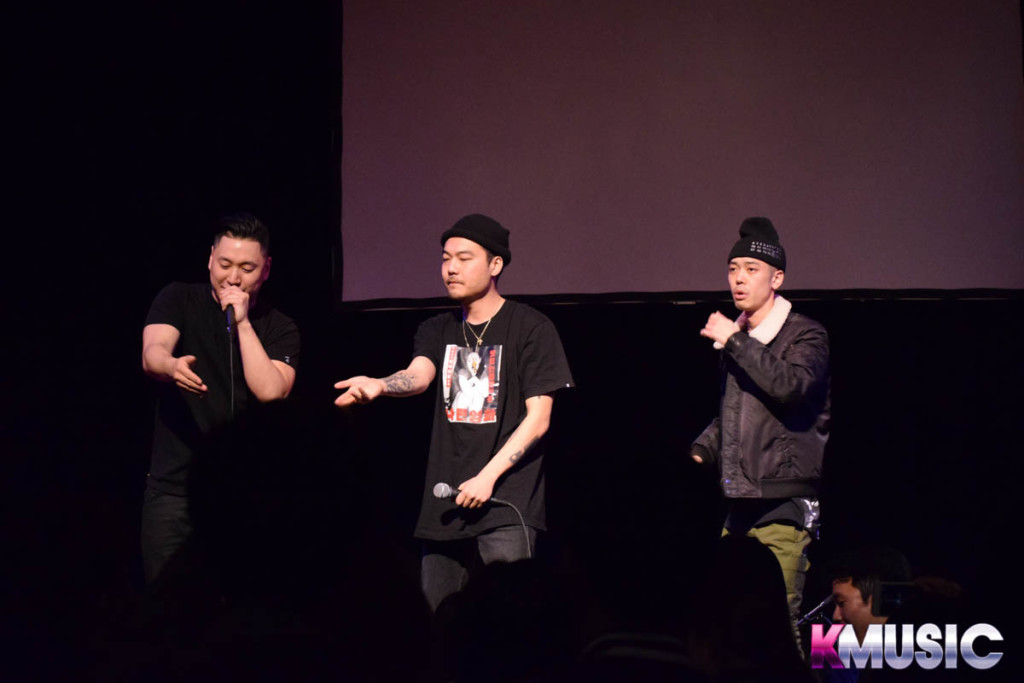 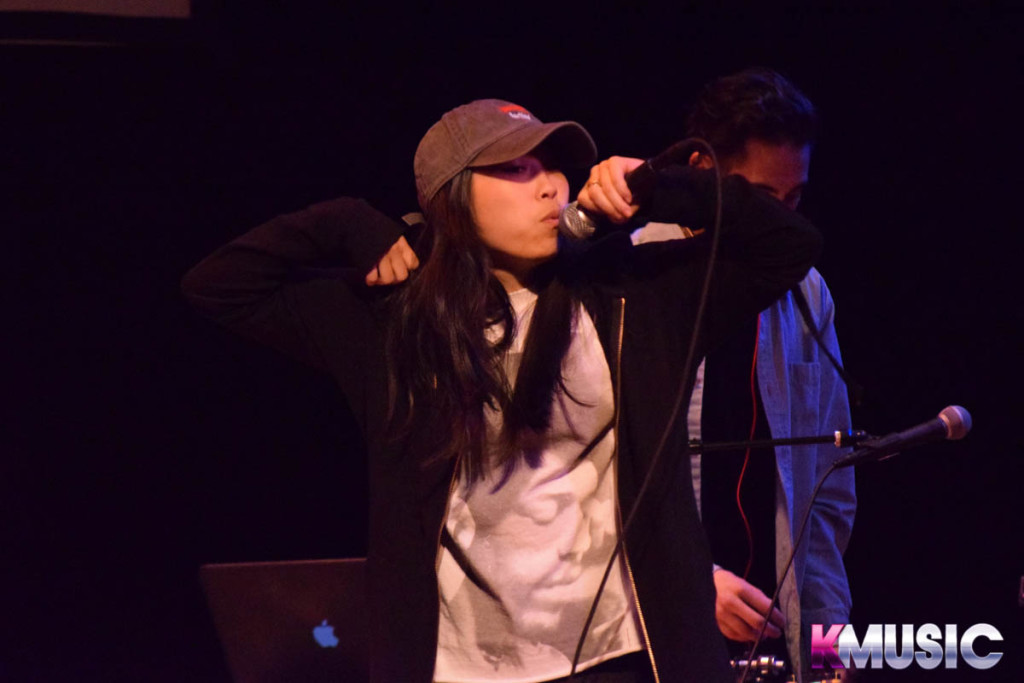 The third act certainly hyped the stage and which was just an honor to see perform was none other than “Korean Jesus” himself, Dumbfoundead. After seeing him perform live, there was certainly a strong stage presence to admire. Being that he is an artist I look up to and him being the reason behind me becoming a rapper, it was really exciting to see him perform and take over the stage with such a calming and easygoing attitude. From interacting with college students and trying to create an easy atmosphere , he owned that stage. He opened with “Keep Calm” and “New Chick,” which was accompanied by the amazing DJ ZO.  The stage got hotter by the minute as it turned into a block party when Dumbfoundead invited Reek Stizzy, Lyricks, and Decipher on stage to perform a number of hot tracks. Decipher and JL performed “Fire,” which has been causing waves in the past few months.  The last to join the stage was the most bad*ss female MC, Aquafina. She and Dumbfoundead performed “Yellow Alert.” The last song performed was “Are We There Yet?,” which he kind of messed up but cleverly picked up by the second verse. It was my favorite performance of the night. 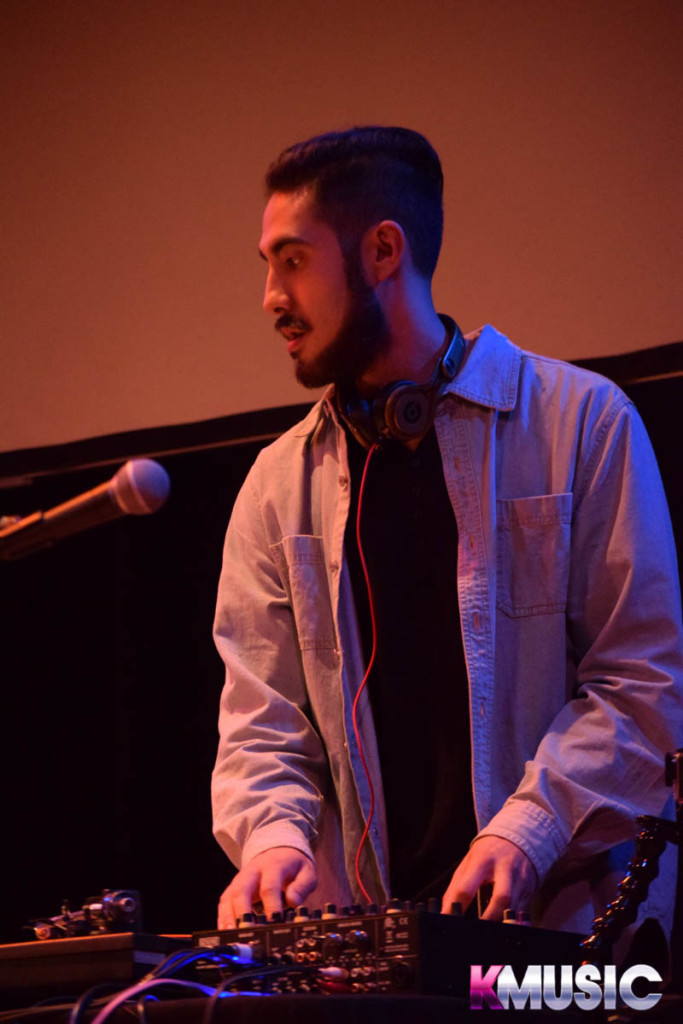 The closing at was KPOPSTAR alum, Roy Kim. After a little technical difficulty, he was able to perform a series of his well-known covers and songs. Roy Kim was certainly a personal favorite for the crowd who couldn’t help but yell “I love you” and “Be my boyfriend” among few things shouted out. Roy Kim also asked for someone from the crowd to accompany him in the duet, but all the girls were too shy until one brave man got up and sang the duet, though he couldn’t finish because he was so stars trucked. After his set and after a lot of insisting, he performed encore after encore until he really had to go, which was greeted with a series of disappointed “awws” and “you don’t have to go.” 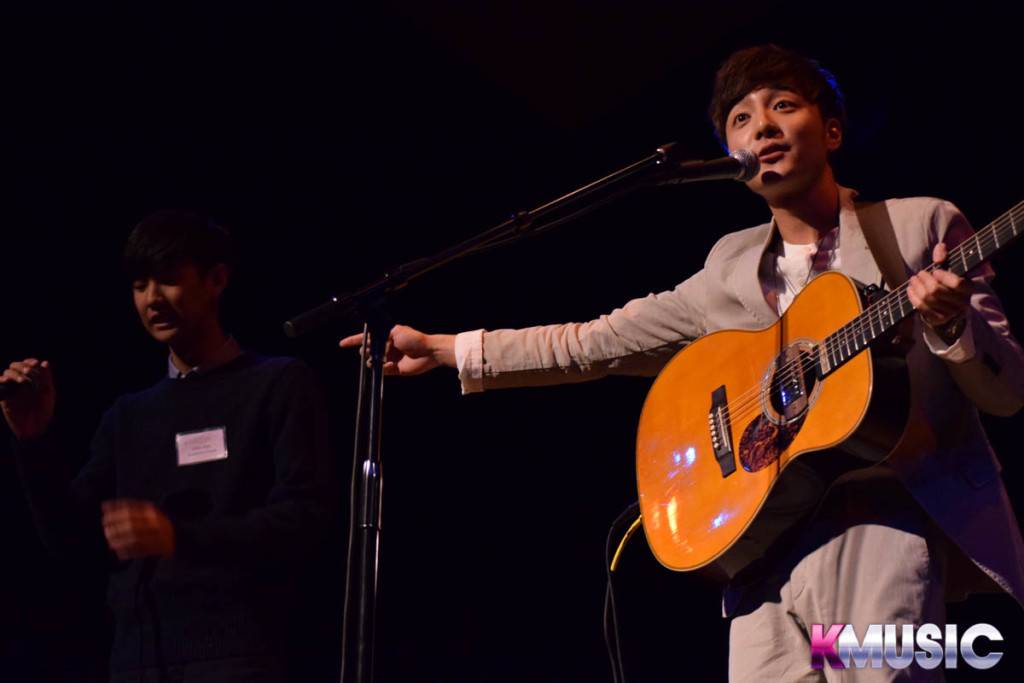 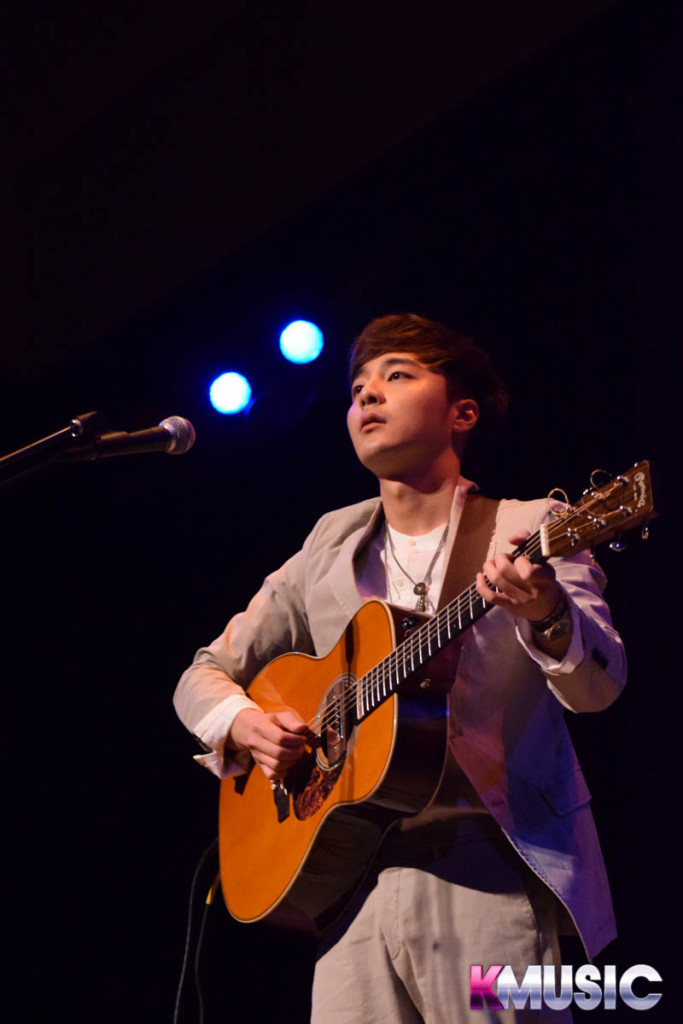 KASCON27 was certainly a night to remember and a lot was taken away from it. Regardless of the short sets, it still allowed audiences to still get personal a bit with these artist and hear their stories. 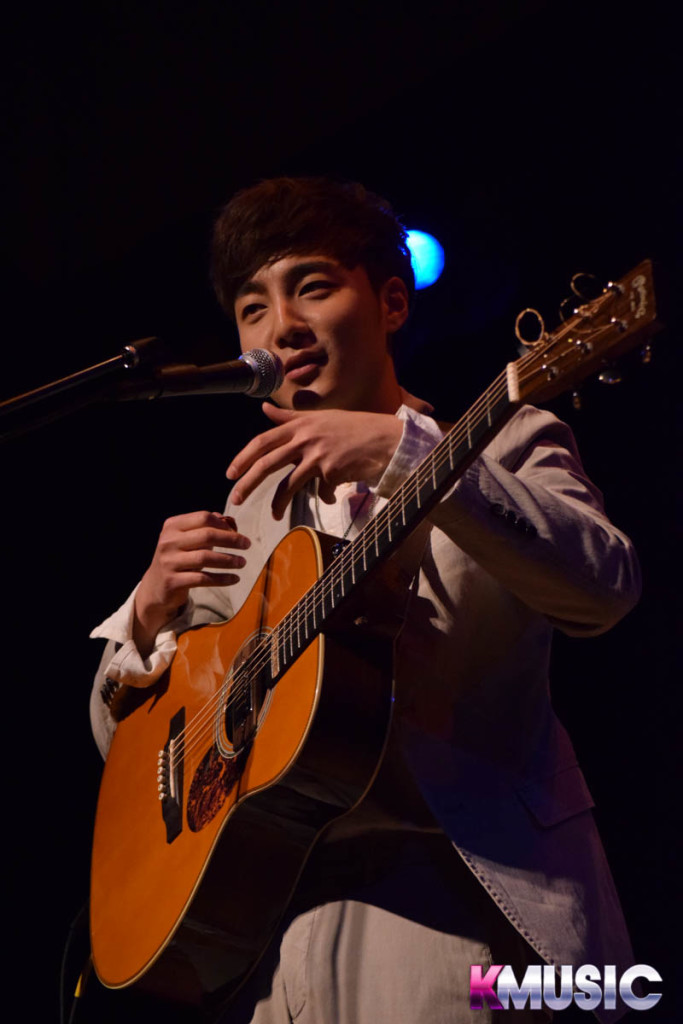 For more photos from the event check out our gallery on Facebook!

A special thanks My Music Taste, Dynamic Duo, DJ Friz and our guest photographer Sophie Hsu for accompanying me. She is a talented live music photographer that you can check out in the link below!

Scroll for more
Tap
BTOB Releases A Teaser Video For Their Upcoming Album ‘Remember That’
Rock Band, Nell, To Leave Woollim To Start Their Own Label
Scroll
Loading Comments...