Check out our KCON 2017 Australia Day 1 articles here and here!

KCON 2017 Australia’s second day of performances lived up to the hype!

It’s been an entire week since the inaugural KCON Australia, and we think that as a nation we’re FINALLY emotionally ready to relive Day 2’s concert stages!

Let’s take a look at the most mind blowing things that happened last Saturday, 23 September!

1. We were spoiled with not one, but TWO, special stages!

Jooheon of MONSTA X lit up the arena in SECONDS with his distinctive growl and explosive energy,  calling fellow member Shownu out of the wings towards the end of the stage for their collab, ‘Kang Baekho‘.

The special stage was a huge treat for MonBebe‘s, who didn’t have to wait until the end of the concert to catch a glimpse of the headliners, or a preview of their brand new track! 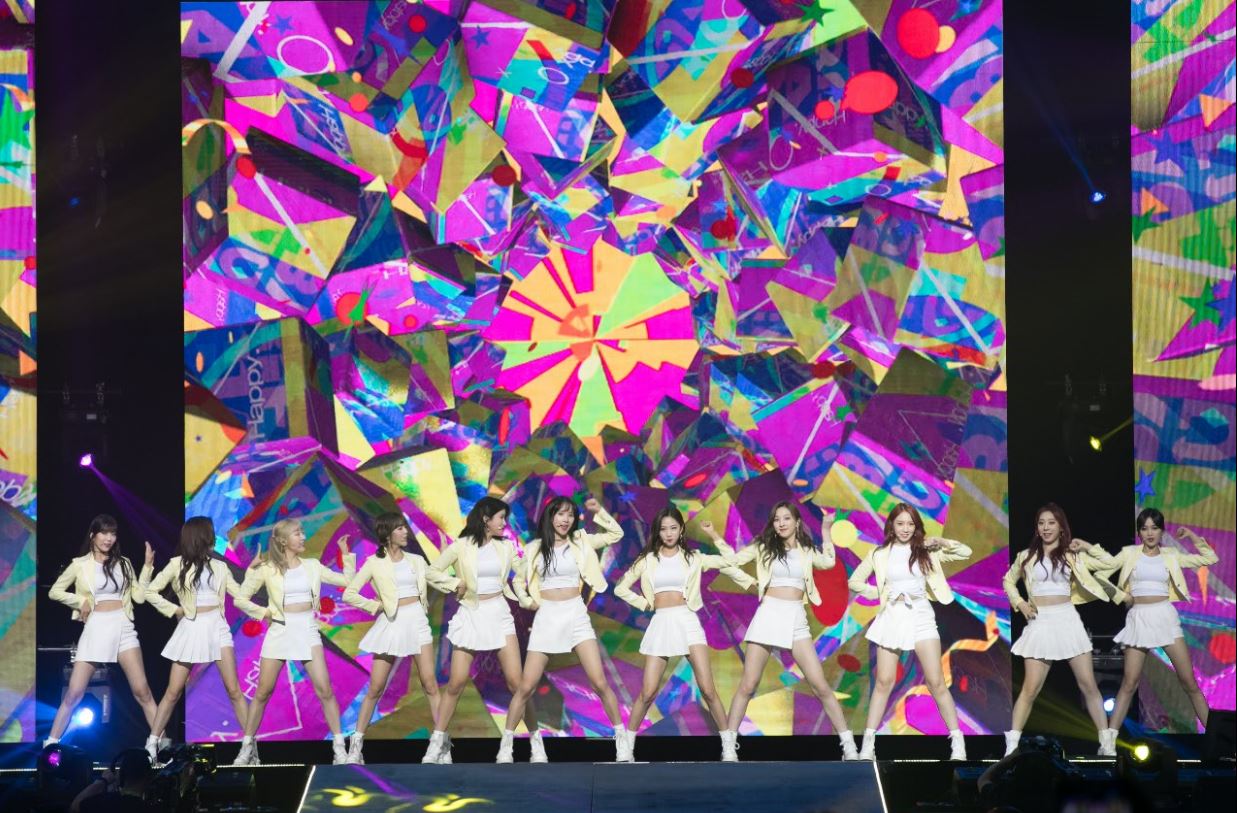 Cosmic Girl’s (WJSN) also surprised later in the night with an Australian tribute stage, covering Kylie Minogue‘s ‘Locomotion‘ and ‘Can’t Get You Out of My Head‘. Their choreography matched the steamy temperatures that the eager KCON Australia crowd had lined up in during the day!

2. Wanna One basically hosted their own mini-variety show!

Wanna One [Image courtesy of CJ E&M and Etcom]

Joining the other groups who played  ‘Piñata” (if you’re completely lost, check out our Day 1 review!), Wanna One showed just how polished their onstage presence is, as they strutted around the stage during their photo time!

In a game where it was older boys (or hyung line) versus younger boys (or maknae line), Wanna One left the crowd completely breathless, as they screamed their votes at the top of their lungs!

3. SF9 all lost a layer after their opening performance!

After starting things off with ‘Easy Love‘, SF9 were ready for a costume change, but settled for ditching their hot jackets!

SF9 Inseong: Before we do our introduction, would you mind.. can we…SO HOT… take off the jackets?!

SF9 Inseong: It’s soo hot in Sydney BECAUSE of you!  *SF9 gesture wildly towards the crowd*

4. We totally overdosed on the OTT fanservice from EVERYONE!

We were so impressed by just how lovable our favourite idols are up close! Every single group made time before, during, and after their performances to send extra love to their fans on both days!

UP10TION‘s Jinhoo, for example, even borrowed one fan’s phone and filmed a short video in selca mode for her!!

MONSTA X‘s Kihyun and I.M. hosted a Random Play Dance session before Cosmic Girls‘ stage, hyping the audience up as they leapt around to massive tracks such as EXO‘s ‘Growl‘ and BTS‘s ‘Fire‘!

One fan even took an incredibly cute fancam of Kihyun‘s version of ‘TT‘ by TWICE!

Yes, you did just read that! MONSTA X landed on the ‘Propose’ Piñata, and nominated three members to leave their best impression on one lucky lady in the standing zone!

After a hilarious struggle to figure her name out (it was Hannah, by the way), I.M. went with a cheesy pick-up line, sauntering over to the edge of the stage and crooning, “Angel, why are you here? How about heaven?”; Kihyun serenaded her sweetly over Jooheon‘s crisp beatboxing; and Wonho physically left the stage to find her in the crowd, take a selfie, and sneak a hug over the barrier! If only we ALL left KCON Australia with three dashing K-POP husbands!

Goodbye for now, but not forever!

A HUGE thank you goes out to KCON Australia, as well as the teams behind the event at CJ E&M, DIA TV, Etcom, TEG Live, SBS Pop Asia, Korean Cultural Centre Australia, Hotels Combined, and many others, as well as our very own hardworking crew here at Officially Kmusic!

We’ll leave you with the ending speech from KCON 2017 Australia‘s special MCs, Inseong and Rowoon from SF9, and see you all next year for KCON Australia 2018!

SF9 Inseong: I can’t believe that it is already the last stage of KCON 2017 Australia. But, don’t be sad!

SF9 Rowoon: Yeah! All the K-POP artists who performed today will never forget your love and cheers!

SF9 Inseong: Unlike Korea, Spring has just started in Australia, right? But thanks to all of you, the atmosphere was as HOT as mid-summer!

SF9 Inseong: You all are truly THE BEST!

SF9 Rowoon: [in Korean] KCON, the world’s largest K-CULTURE Festival will never forget your love and support that allows us to perform every year in different locations.

SF9 Inseong: [in Korean] Even though this is the final stage of the year, we will work even harder next year to make KCON more enjoyable…

SF9 Rowoon: [in Korean] …with diverse conventions and performances we ask for your continuous enthusiasm and love for K-POP and K-CULTURE! 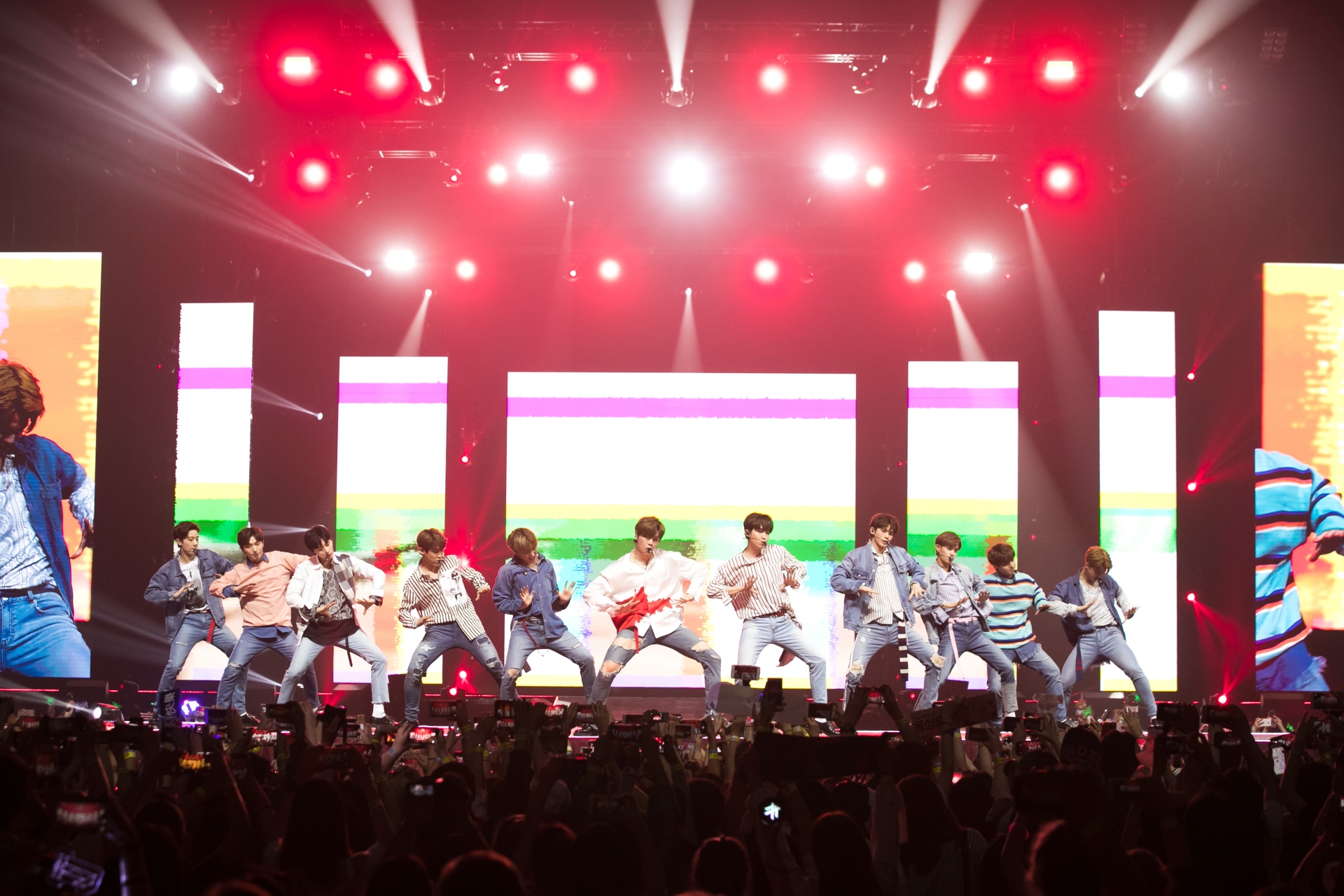 Wanna One [Image courtesy of CJ E&M and Etcom]

Go and stream our brand new Spotify playlists for Day 1 and Day 2 of KCON Australia, and follow us on Spotify to stay up to date, as we bring you way more awesome playlists celebrating your favourite K-Pop idols!

Our KCON 2017 Australia Facebook album is about to be updated with a heap of official content; head over there shortly to check it out!