Now, before we get to the concerts themselves, lets have a look at just how AWESOME the festival was.

Like most K-Pop fans, the first day was spent waiting in lines. Lines to get your ticket, lines to get into the festival, and lines to get the food! Ah the food… That yummy savory good-ness…. (moving on).

Though there were lines, it never took away from the KCON experience! Everything there was well worth it. From the start booths, venders, exhibitors and KCON staff were throwing free gifts at you!

“You want a poster?” Sure! Why the heck not! 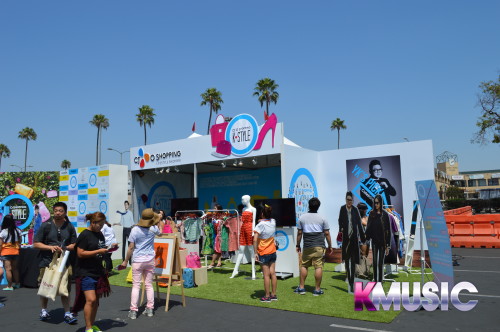 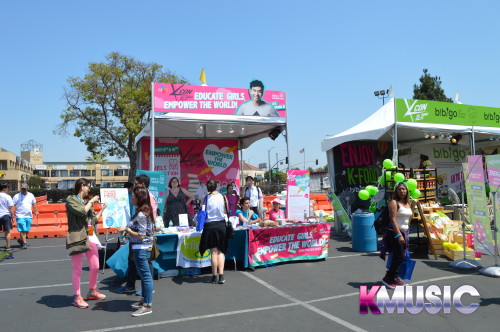 There was an outdoor stage showcasing some amazing local, and not so local, talents! The first day showcased talents from all over in the “Superstar KCON” competition! Apart from the competition, The Fu, Heeyoung, and the ever so sexy, Jhameel performed. The second day had performers such as Sone1, Arnelle, Coco Avenue, NYX, Legacy 4, Jun Sung Ahn, Connie Lim, Shin-B, JD Relic, DANakaDAN, MVP, GPKPOP, Flash Finger, and  Travis Graham! These performers kept the crowd cheering so all of LA could hear the fun at KCON.

Everywhere you turned was something new and exciting! You could even run into celebrities! (maybe not really.. but sorta) Everyone was taking pictures with each other as well! Even the famous Korean comedians from the Cuckoo Crew allowed us to take pictures with them! 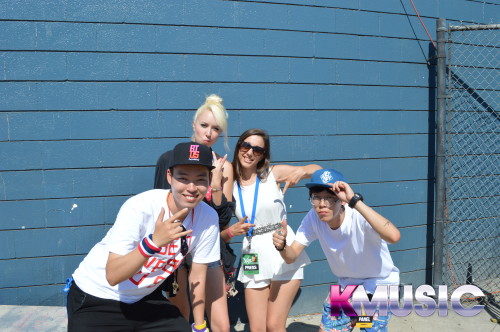 Apart from performers there were many panels to attend. There were dance panels, makeup tutorials, YouTube stars, LEE SEUNG GI, and oh so much more. There were so many, we had trouble seeing it all! (sadly)

Note to self in the future: “make sure to plan who you want to see most on panel!”

Fans came from all over and some were packing artwork! Check out an example of that amazing artwork below! 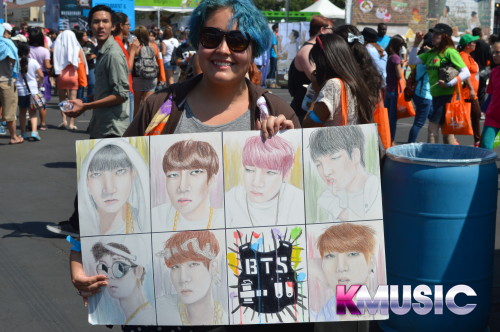 The many performances were great, panels were awesome, and the fans couldn’t be more happy at KCON 2014! Some of the fans noticed something even more amazing! K-POP CELEBRITY LOOK ALIKES!!!

There were cosplayers galore! Some of them you may even have had to do a double take! 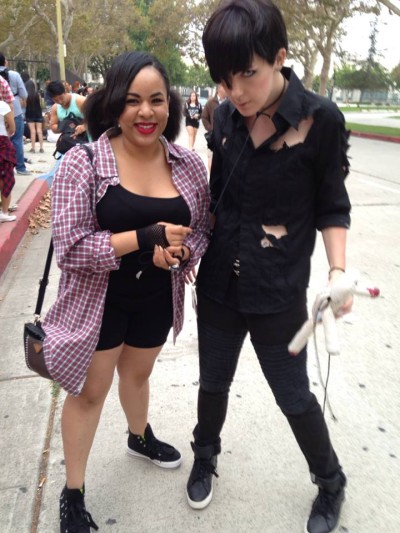 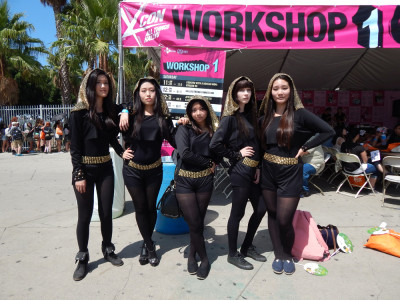 All in all, the festival part of KCON was amazing. Meeting the many fans, the panelists, the musicians and people such as Timothy makes the KCON experience well worth it.

Stay tuned to KMUSIC for a full concert review!