The most anticipated press event of the evening was the press conference. Outlets were given the opportunity to ask each of the 4 guest performers questions.

The conference started off with Teen Top! It was a bit awkward from the get go, seeing as how they were the first group to enter that room. The group was dressed in black pants and red or blue jackets. Teen Top was relaxed yet professional, looking around the room curiously. Yours truly was able to ask these Kcon veterans a question, “What inspired the retro theme for your most recent comeback?”. I stumbled, in true Sandra fashion, almost forgetting to introduce myself! “Forgive me. My name is Sandra from Officially KMusic.” After a bit of a giggle from the boys, Niel raised his microphone and answered my question. He stated that the boys chose their songs very carefully for the album, considering which concept would fit them best. They wanted to show more performances, so they created their choreography especially for the stage. With each question, we learned a few new things about Teen Top. They were surprised by the fan reactions in NYC, and were glad they were able to experience the first KCON NY. They have attended every KCON in the past, and would be disappointed if they missed one. Every Q&A ended with a chance for press to take photos. 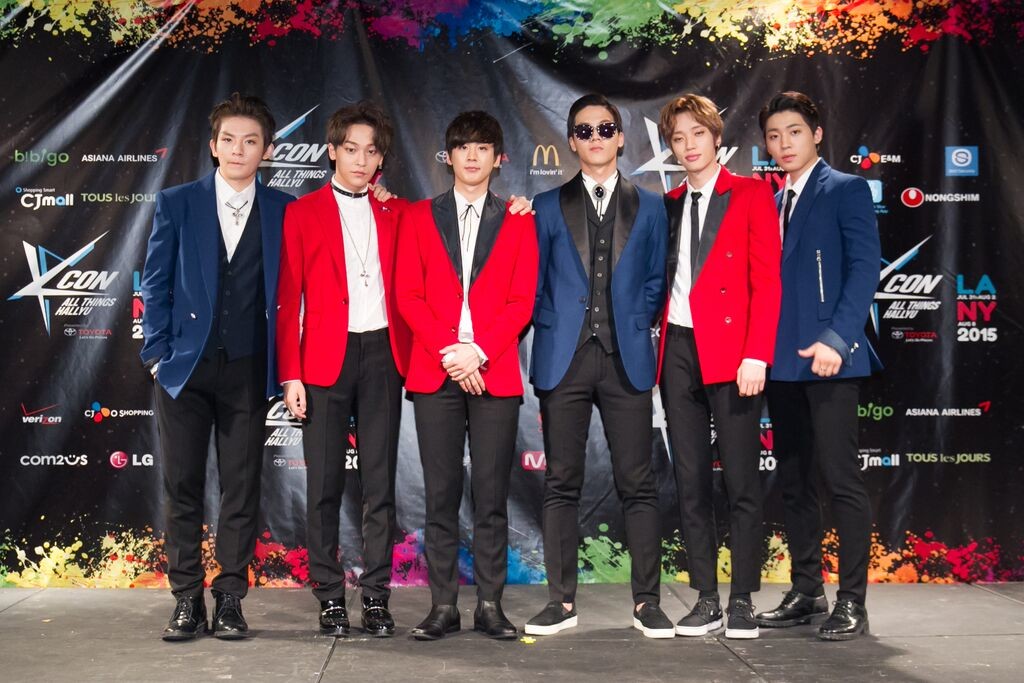 Next up was AOA, dressed in cute white shirts and pastel pink, sporty skirts. AOA were surprised by fans reactions in the States. Fans had a bit more energy than the ones back home. They didn’t expect this much love and would definitely look forward to possibly holding a solo concert here in the future! The girls have been labeled as fashion leaders and even ‘Concept-Idols”. Each comeback is designed to be unique, exhibiting a different concept each time and helping them to earn these titles. They were also excited to hear that they were the group to receive the most votes on the KCON app! It was amazing to finally be able to see a girl group in person. AOA really were like angels, so graceful and radiating beauty and poise. 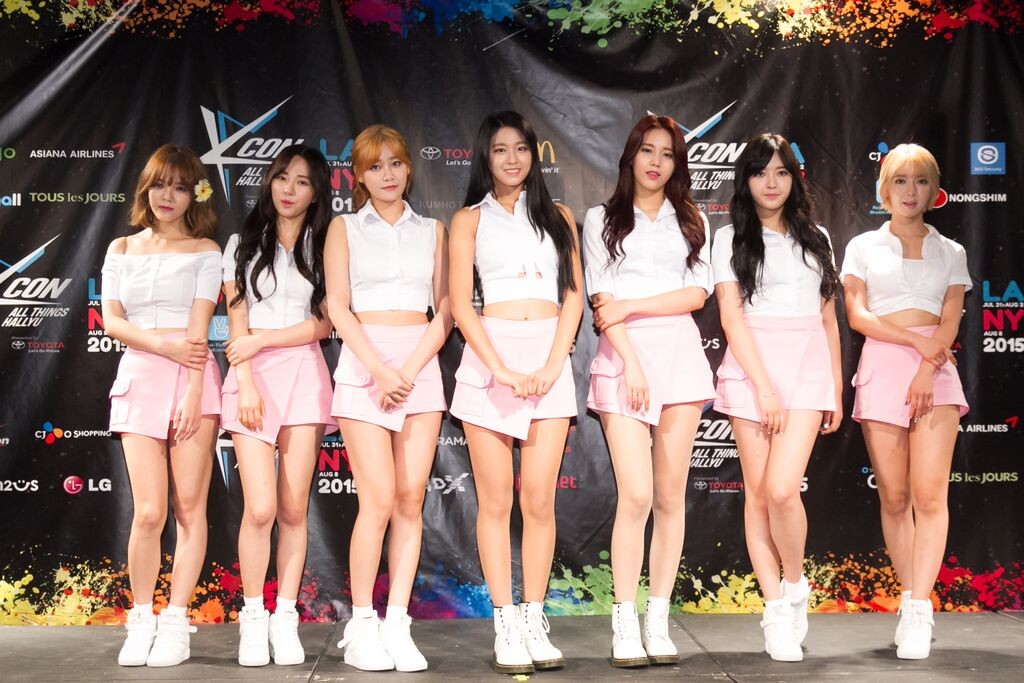 VIXX was the next artist to hit the spot light. They were dressed in unique pastel pink tuxedos with abstract button up shirts. With signature VIXX style, they were friendly upon arrival. Having attended their New York showcase in November of last year, I was more than excited to see them again. Every show abroad, they are always surprised by the reaction of the fans. It’s amazing to see so many faces looking back at them with love. Their dreams are always for the fans, pushing them to become better and work harder. When a question was asked about the rise of paparazzi, they simply stated, “You have to be careful.” 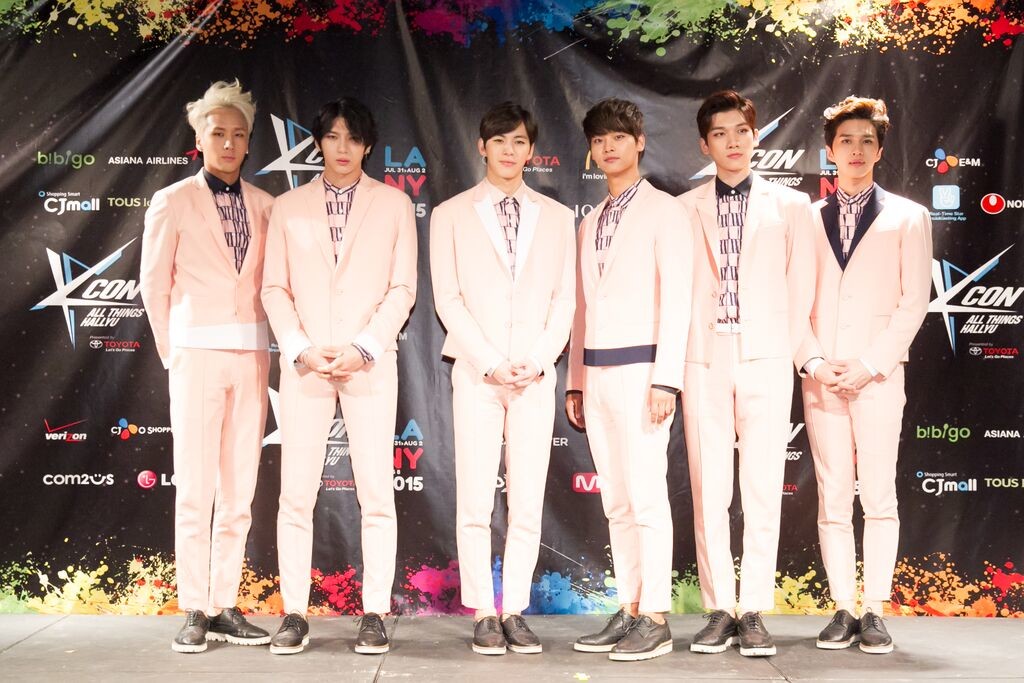 Last. but not least, was Girl’s Generation. Now, when I say these girls are intimidating, I mean it. But not negatively. They carry such a strong presence. When they stood in the front of the room, they did so with pride. “We are here to blow you away and look fabulous doing it”. The girls were dressed in white outfits decorated with decals that looked like the American flag, a small ode to their US fans! Tiffany stated in English that the girls were excited to hear that their recent releases have been topping the charts, and that fans should look forward to tracks that will be released in the coming weeks. When it comes to stage performances, their favorite song to sing and dance is still “Gee.” The fun and bubbly song is more than enough to keep them going! 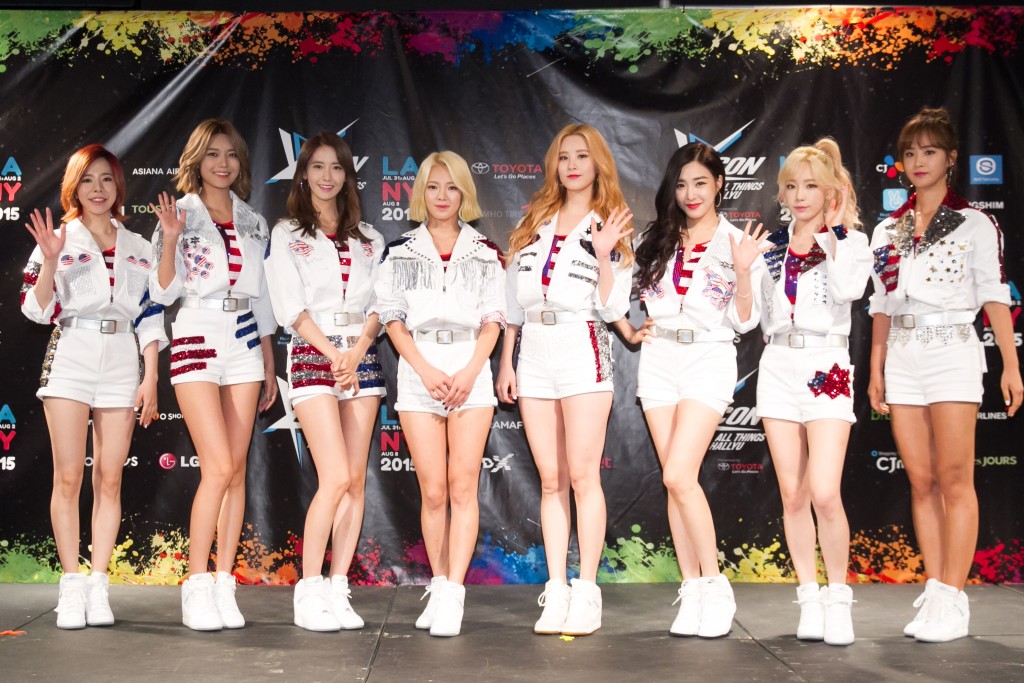