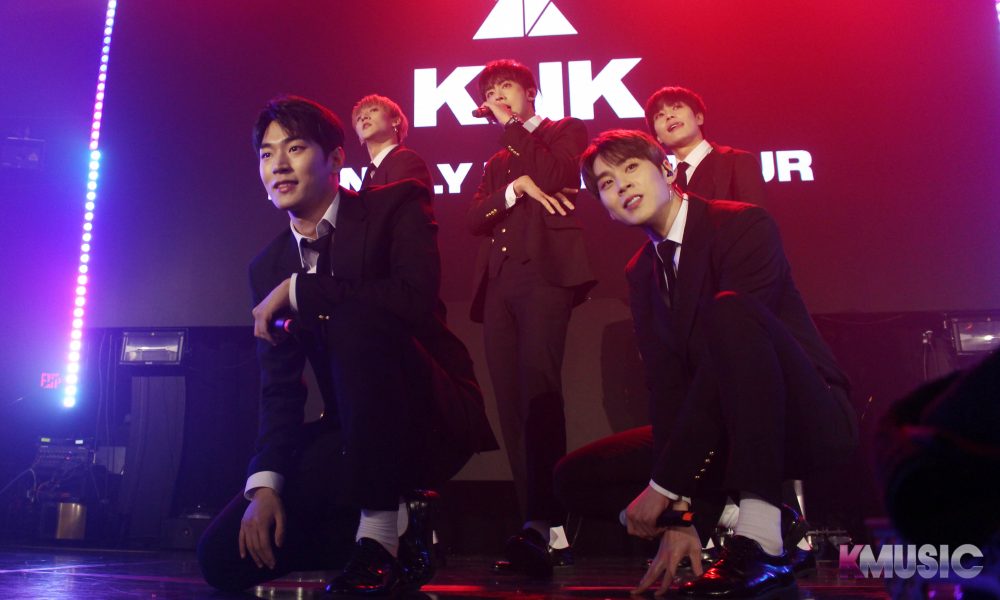 Fans of KNK were ecstatic as the group took the stage at the Globe Theater on Sunday, February 24th for the first show of their Lonely Night US tour. Not only was this show their very first in the US since KCON New York in 2017, but it was also the first time new member Dongwon performed here in the US with the group! 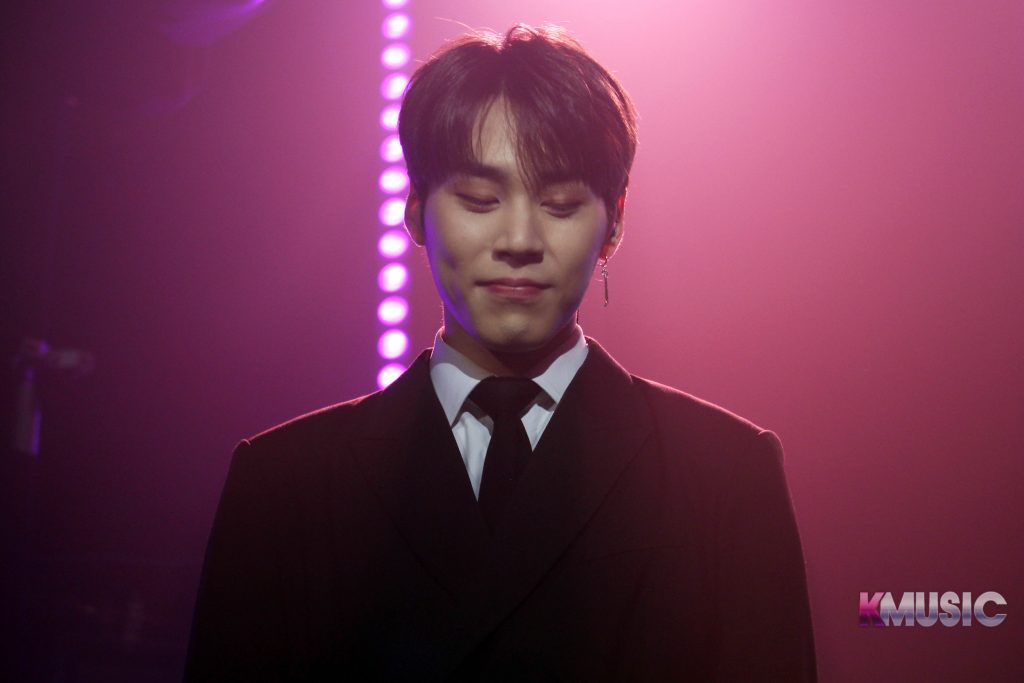 The five members started the show off with a performance of their latest song Lonely Night, and performed several of their older songs such as Back Again and U. Showing off their harmonies and strong vocals, they even performed songs such as Angel Heart,and their own special rendition of Justin Bieber’s As Long As You Love Me, which made all of their fans’ hearts melt. Aside from their vocals, the group also showed off their amazing dancing skills with a cover of EXO’s The Eve, and a solo dance performance from leader Jihun to Justin Bieber’s song I’ll Show You. 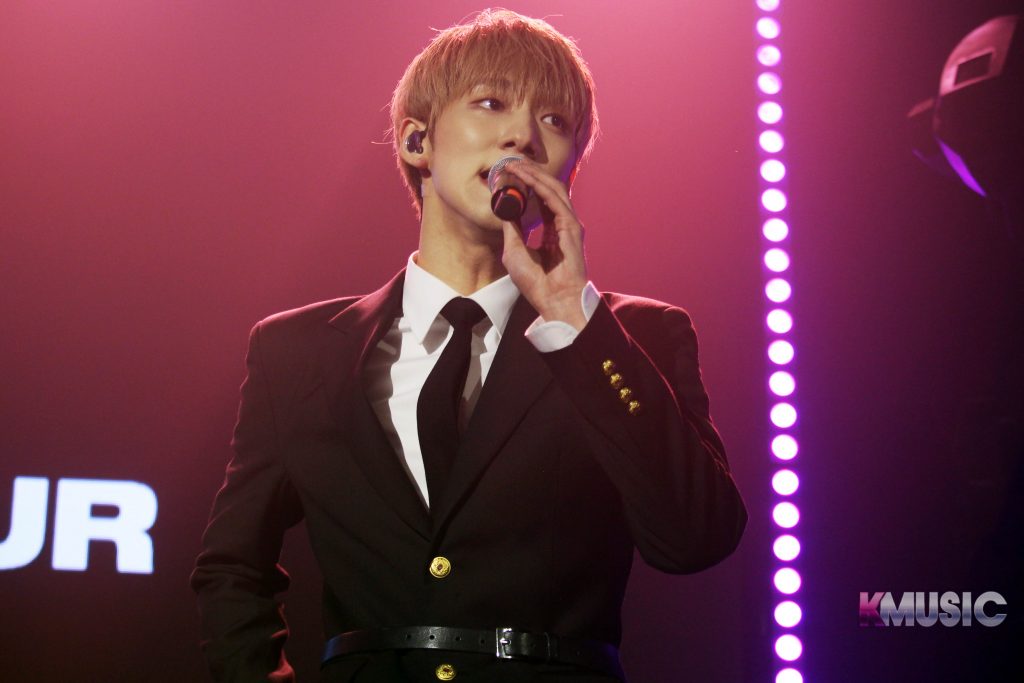 With unforgettable stages prepared specially for their fans, Tinkerbells, it’s no surprise that the group also excels in fan service. All of the members did their best to greet their LA Tinkerbells in English, with Seoham repeating that he loves LA constantly throughout the night. The group also took time to accept plush dolls from fans, hold up signs, take phones to record videos and selfies, and threw an endless amount of hearts and kisses to the audience. KNK even made sure to express their gratitude towards their fans for waiting for them, as they had an 18-month hiatus before their most recent comeback. 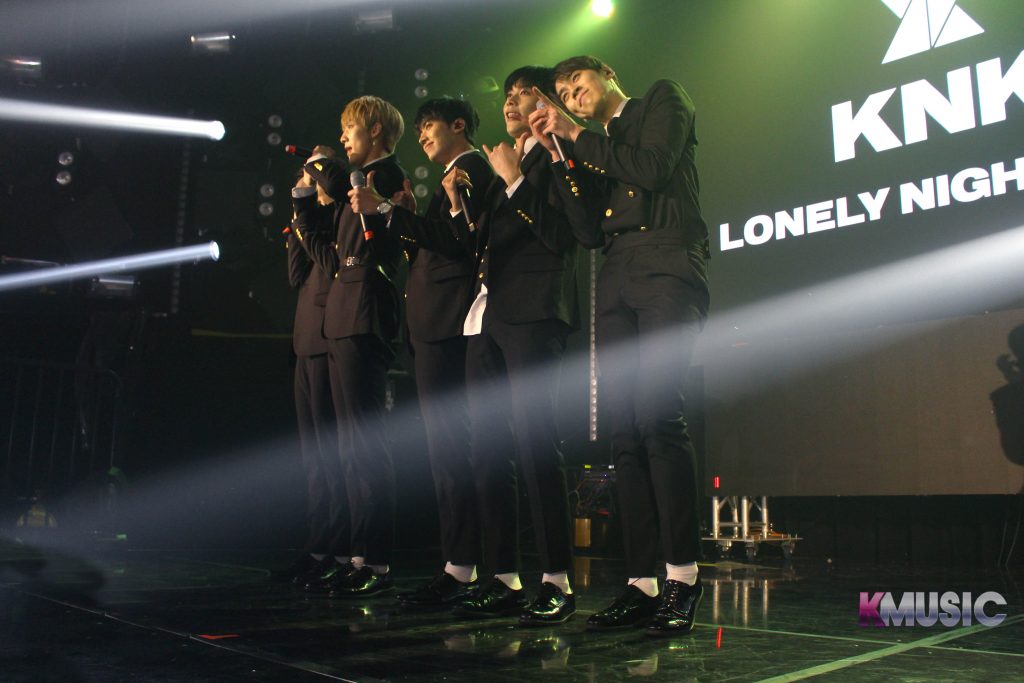 Ending the show with spirits high, KNK and Tinkerbells were left with an unforgettable night that was far from lonely. Thank you to MyMusicTaste for allowing us to attend the concert, and make sure to head over to our Facebook page to check out photos from the show!