On August 18th 2018, TVXQ held their first concert in Thailand after returning from the Military last year in Bangkok’s Impact Arena. Previously the tour has been held in Korea and Hong Kong where this tour had a more mature and sophisticated tour than the last ones. 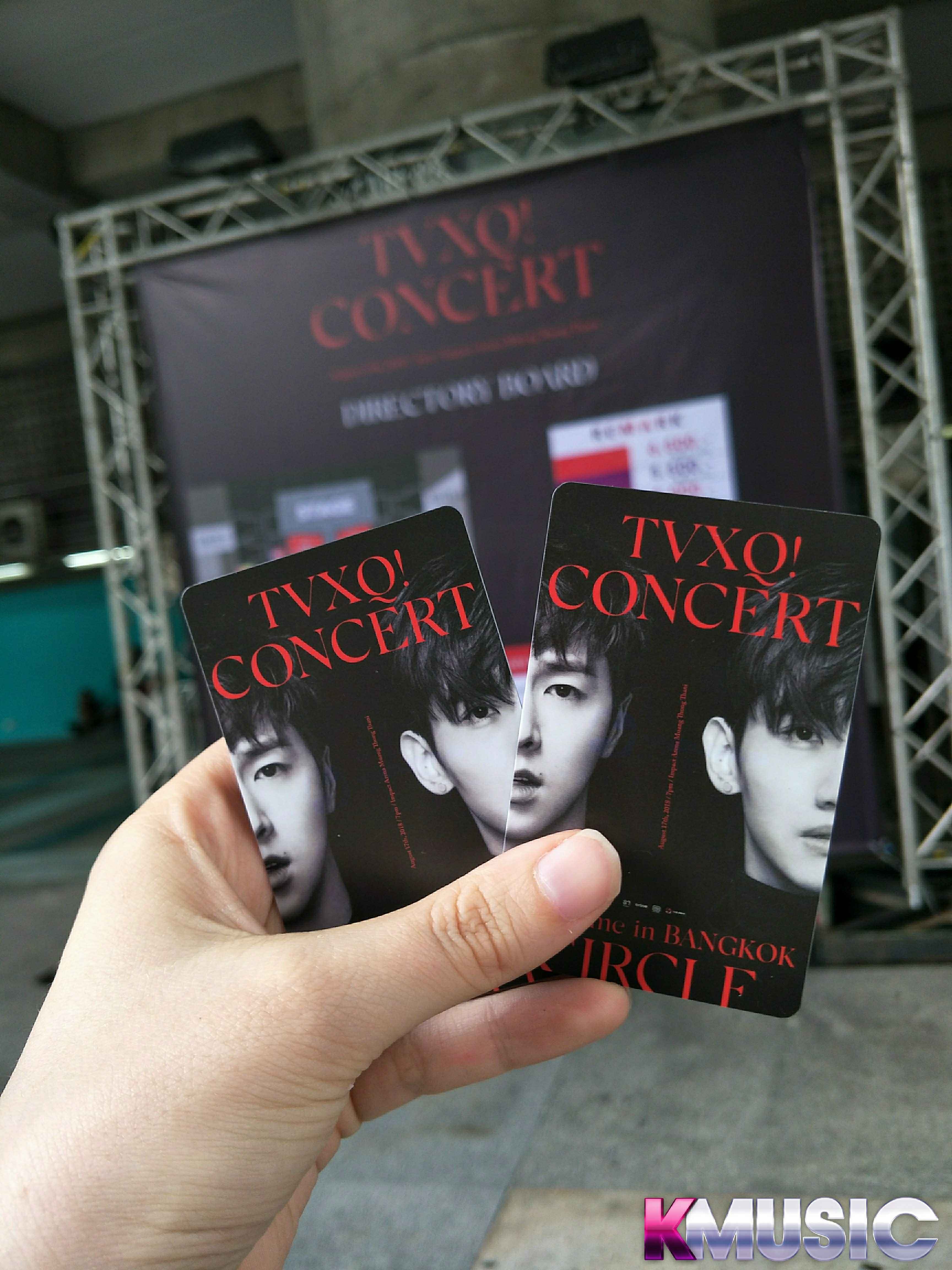 About an hour or so after entering the venue the concert opens with a cool casino style VCR with TVXQ in suits and top hats to set the mood. Yunho and Changmin rise from the top of a large staircase placed on the centre of the stage. Opening with the first song ‘Bounce’ gave the concert a Broadway musical look which TVXQ pulls off so well, This kind of jazz vibe is also seen seeded from their 10th-anniversary album Spellbound in 2014. TVXQ have many songs that fit this theme and genre so the first set also included Something which has a very highly skilled and technically challenging choreography using ropes connected to old fashioned microphones and Top of The World. 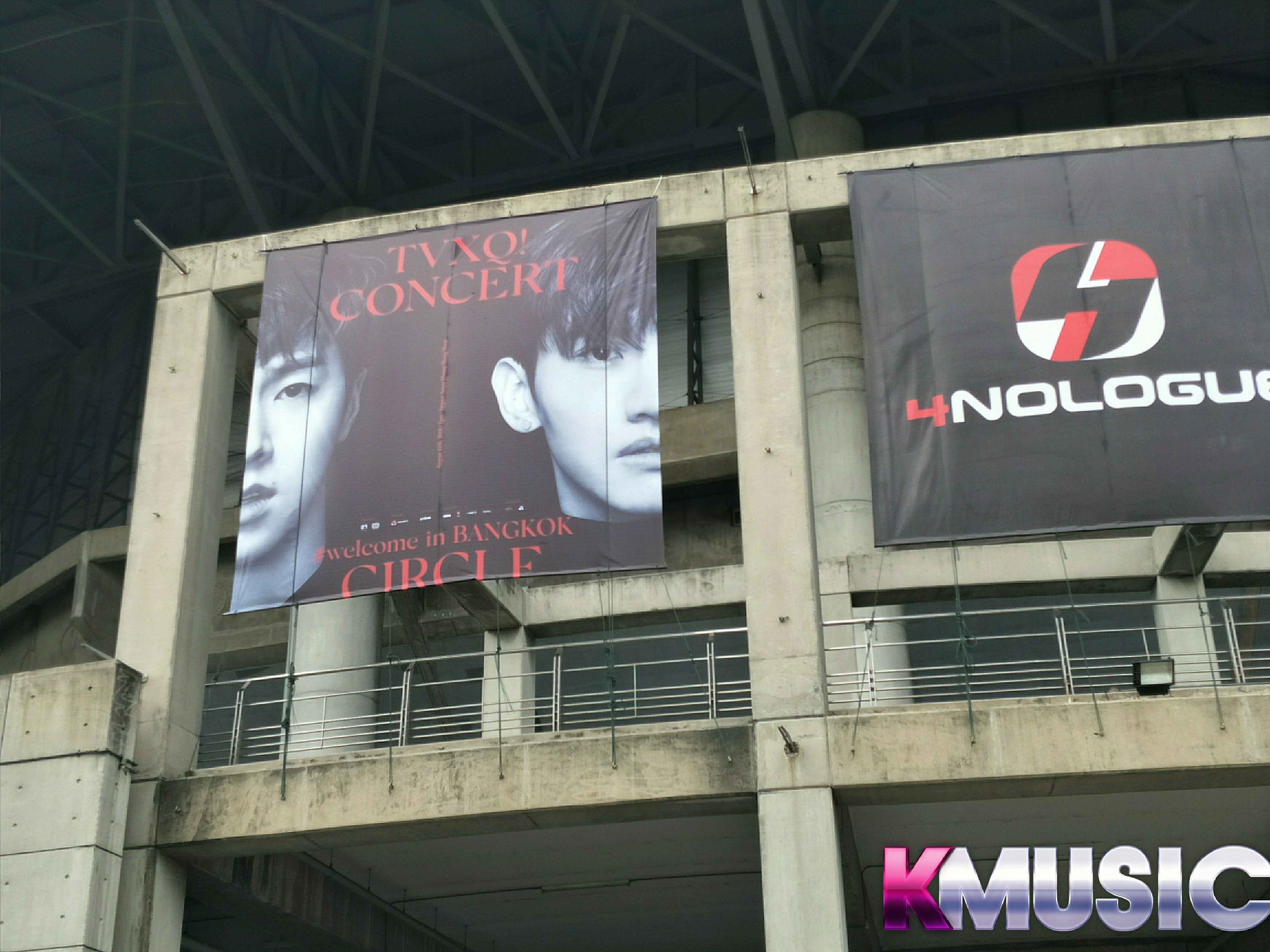 After the first greeting, TVXQ moved onto one of their classics, The Way U Are. The start of the song was stylishly remixed with another one of their older but legendary songs, Tri-Angle. The Way U Are is one of the many TVXQ songs that I feel are ageless and is always so enjoyable to listen to and watch. They upgraded the song with a dance-break and by performing it to perfection like they do with every single performance they ever do. The rest of the section is filled with the most recent songs. Love Line a very upbeat and cheerful song, every time I watch this performance the crowd loses it in the part Yunho covers Changmin’s eyes because it’s so adorable. They then finish the set nicely with their new ballad Sun & Rain which is a very beautiful song written by Changmin himself. They sang up the top of the staircases before lights turned off. The second VCR played and it is evident that quality of this VCR is so phenomenal it has a setting in a bar with unbelievable dancing and handsome costumes, music with a very cool beat. I’d go so far to say as they wasted this VCR as a VCR would have made an amazing Music Video. 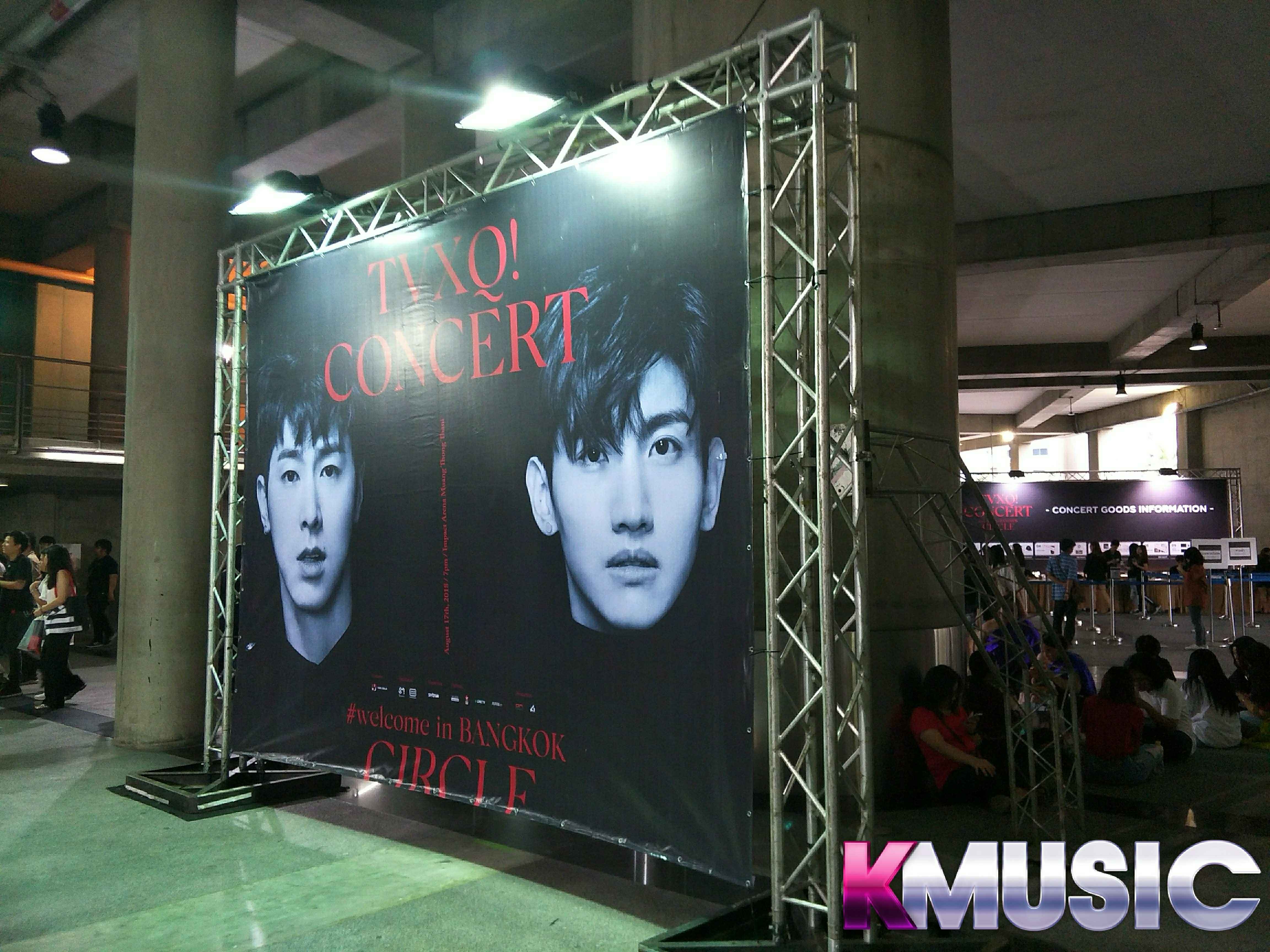 The 2nd set began with Yunho’s solo from the new album called Puzzle. Yunho rises up from the centre stage, dressed very classy in black. Puzzle has a nightclub sound and feeling with a very unique kind of sound. The song composed and arranged by LDN Noise. Jung Yunho nicknamed by his fans as The King of the Stage always lives up to this with his hot stage presence and awesome dancing skills. Yunho quickly makes a stage exit to make a very quick costume change while Changmin starts with their title song from the album The Chance of Love before Yunho pops back out to sing his line and they continue the song together flawlessly. They then make a smooth transition to Spellbound a very jazz sounding song with another broadway style dance to go with it.

After finishing that song they move slowly down to the middle extension which is placed at the front of the behind standing pits which is basically how most kpop concerts are mapped out this assures as many fans get close views of the artists as possible. They perform the song Broken before performing one of if not their most sexy song of all time Before U Go which comes from their first album as a duo Keep Your Head Down. But this time they changed up the dance where each member on the sides did sexy floor dancing and upgraded it in every way possible. Gifting every fan in the back standing pits with their pure talent and skill. They then moved onto the 2nd MC which unfortunately for me I don’t understand Korean or Thai but I always feel like both Yunho and Changmin talk to, look at and treat their fans and each other like old long time friends and I guess this is what comes with being a group for almost 15 years. They seem very relaxed at this stage of their careers. 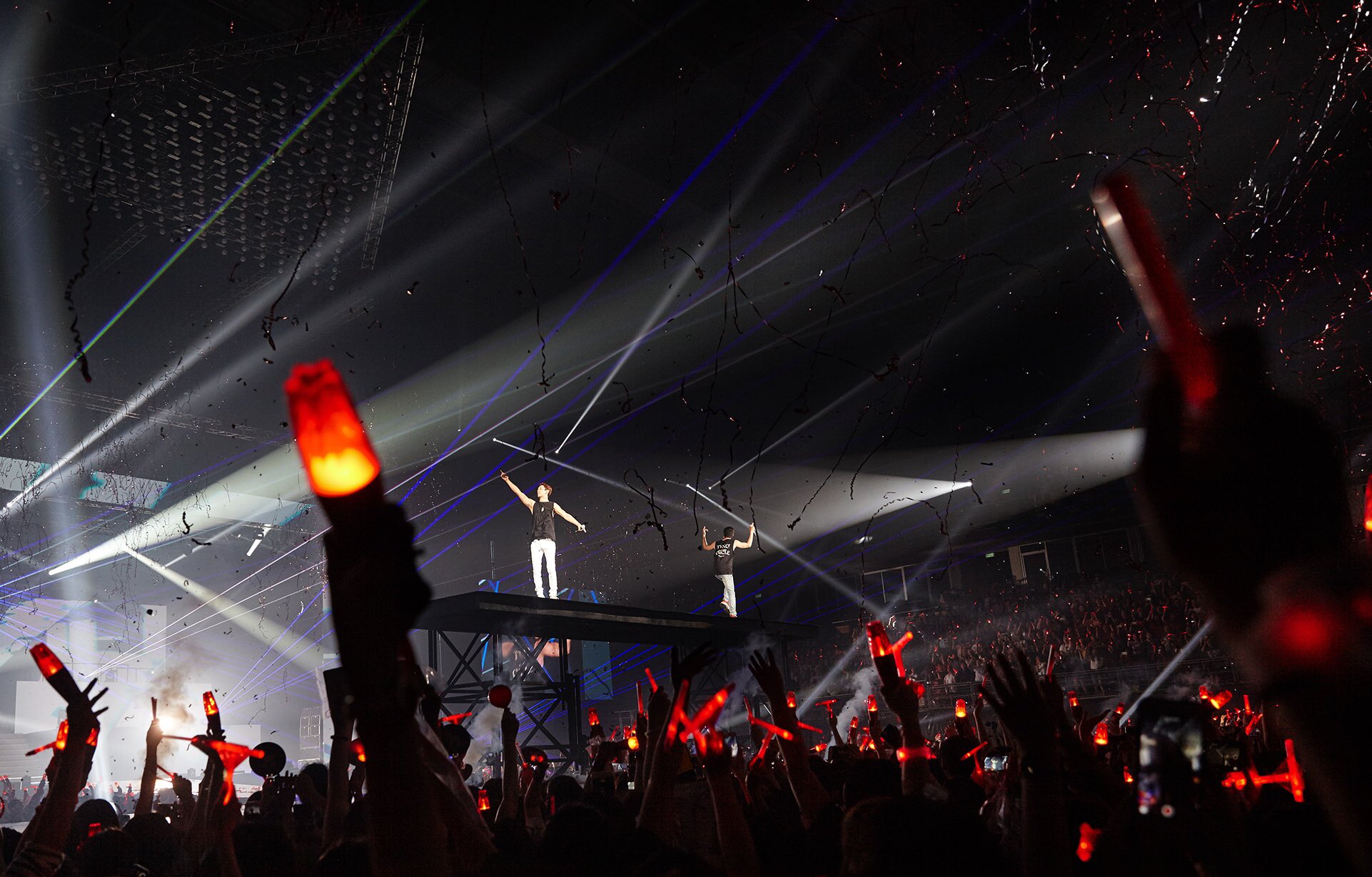 The 3rd VCR was a very sexy vampire like style before Changmin began his matching solo song Closer from their newest album which of course ended with his shirt becoming undone of course. The sexy section of the concert with the song Vertigo which is the first track from the album they released as a gift when they went into their military enlistment called Rise As God which has to be one of my all time favorite songs and performances from TVXQ. The costume for Yunho changed from the Seoul concert to a nice bright red and they both danced so cool, everything about this song and performance is very modern from the dance to the stage effects. Always great to see something new and fresh from the duo who are always improving even though they are already at their best. They then performed one of their most well known songs Mirotic which everyone in Korea probably knows the fanchant to and most long time K-Pop fans like me. Mirotic was the K-Pop song that bought me to being a fan of TVXQ in 2009 watching it on repeat because I loved it so much. So every time I see it live I really feel so happy because it brings back the memories of first discovering K-Pop over 9 years ago. They always perform this to perfection. 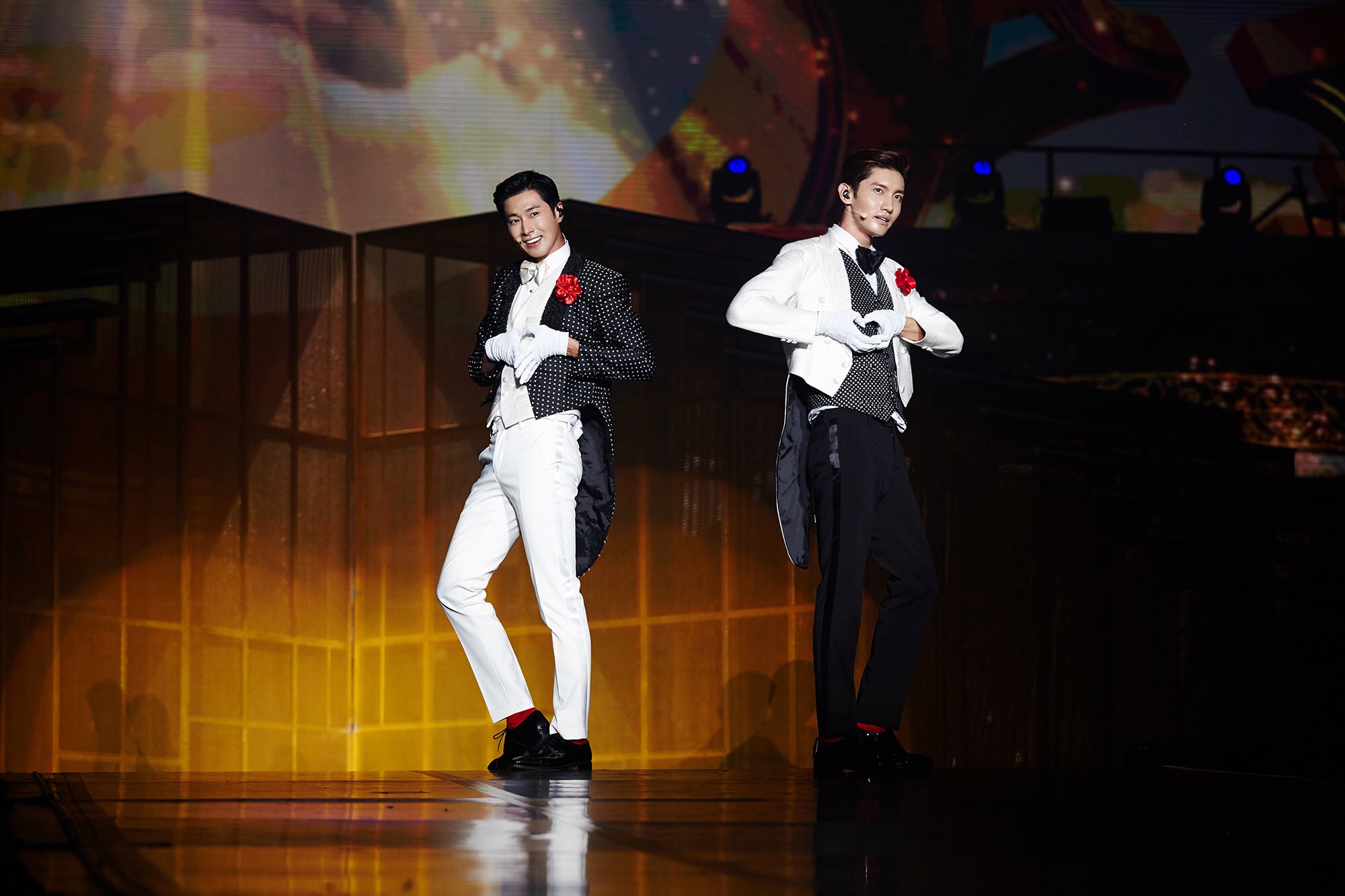 The 4th VCR then begins which is my all time favourite ever. It begins with Yunho and Changmin in an apartment which seems as though they are waking up after having some kind of drinking party lol. At the start of the year TVXQ were guests on a Korean TV show called I Live Alone which showed Yunho waking up in real life and practicing their famous Keep Your Head Down in his living room first thing in the morning which became a hot topic on the Korean web and news outlets after broadcasting. So the VCR was kind of playing off this with the two. While Changmin was cleaning up, Yunho begins dancing in front of the TV to Keep Your Head Down with a very judgemental Changmin in the background who then turns the TV up and joins in lol. When they get to the final part where they join hands and realise they aren’t on a stage they get awkward looks on their faces (LOL) then they quickly get ready to go out. They hop in the car and then the most iconic ever flashback VCR begins which for me a long time fan was hilarious. They had their old costumes and wigs to match the hairstyles they once had. 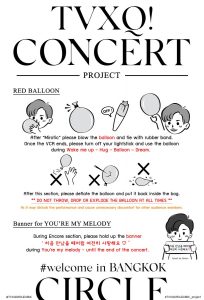 They moved onto their debut song which is from 2003 called Hug the then teenage TVXQ sang a very pure and innocent love song. It’s always great to hear this song as it is the symbol of the beginning of what is an almost 15 year career. They always sing it with a smile while dancing and the look of reminiscence in their eyes. Next up was Balloons which is a remade song from 2006 which featured animal costumes and children which now some of them have grown to become idols themselves.  The dance is also very easy to learn and memorize even for those of us who can’t dance to save our lives. They then ended the set with Dream from their album Catch Me from 2012 which is also a very uplifting and cheerful song.

The 5th VCR is kind of like a farewell VCR for the concert. It contains a very confused and lost looking TVXQ with a high quality and cool computer graphic scenery. 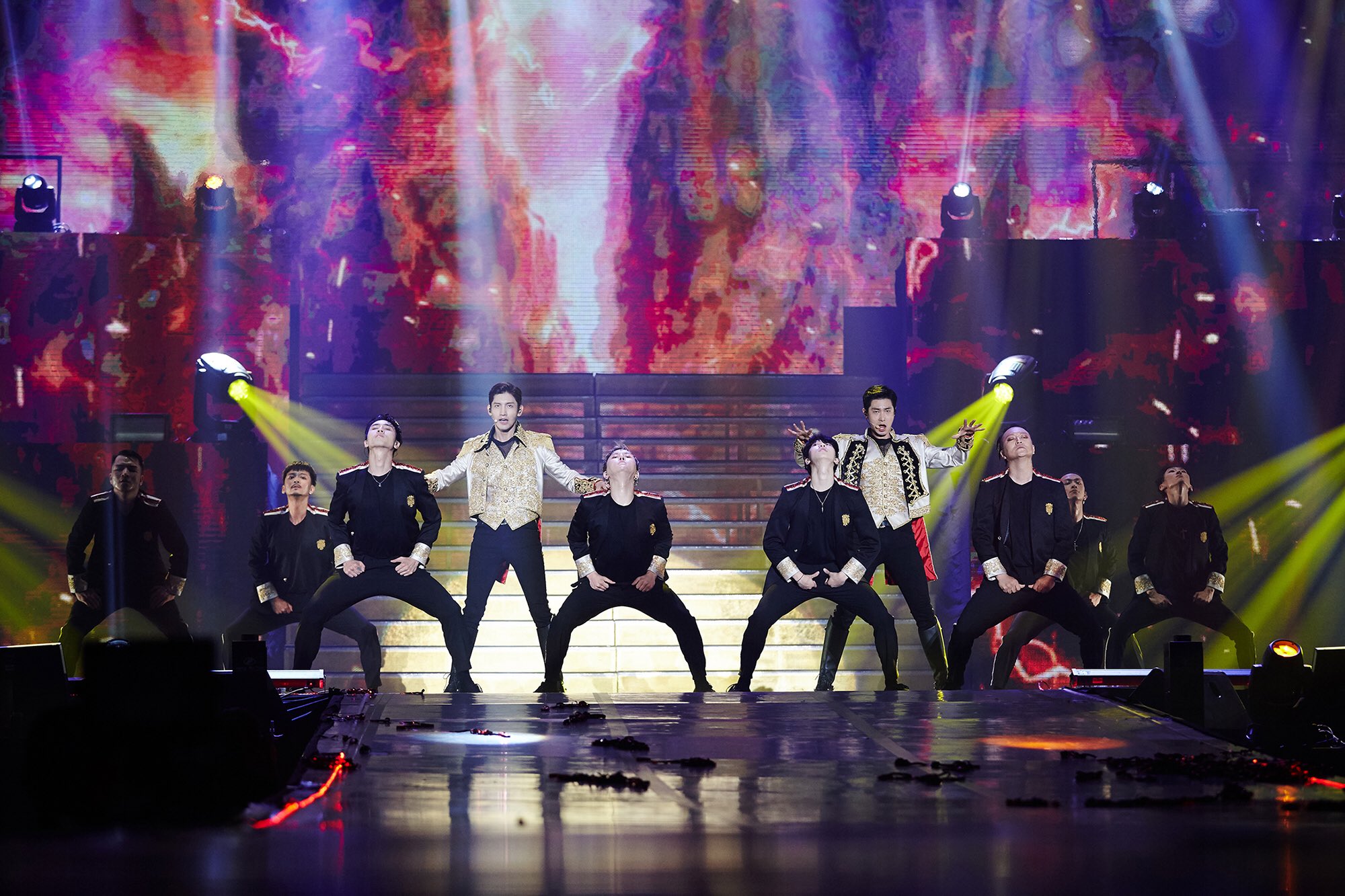 The next set is what I would call the epic TVXQ song section: the songs that they bring the true fire to the stage. Maximum is the first up which sets the mood for the set. Yunho opens the song and then Changmin does his part then they bring it together. They really are like 2 burning flames on stage and can really be felt in their presence. After that they continue with another iconic song from 2011 a Korean version of B.U.T, originally a Japanese single from their Japanese album TONE which is forever just so great off they of course next is their most iconic duo song ever which rebirthed TVXQ as a duo Keep Your Head Down probably the most iconic song to watch live because the fan chant is always unifying and feels so powerful and cool.

They then leave the stage and the chanting for the encore begins. Japanese fans always have this perfectly times and synced. I don’t know if its due to a mixture of cultures and languages but in both Korea and Thailand it seems almost impossible to get this right even the lighting staff began to flash the lights to help with the timing but it was still very messed up lol.

The encore begins with You’re My Melody which was when we had to hold up the banners provided as the ending fan project of the night. This song is one of my all time favourite TVXQ Korean ballads. The ending MC then came and they thanked the staff and fans for coming before Yunho exited the stage he said in English “Thank you guys i’ll never forget you” the perfect ending. 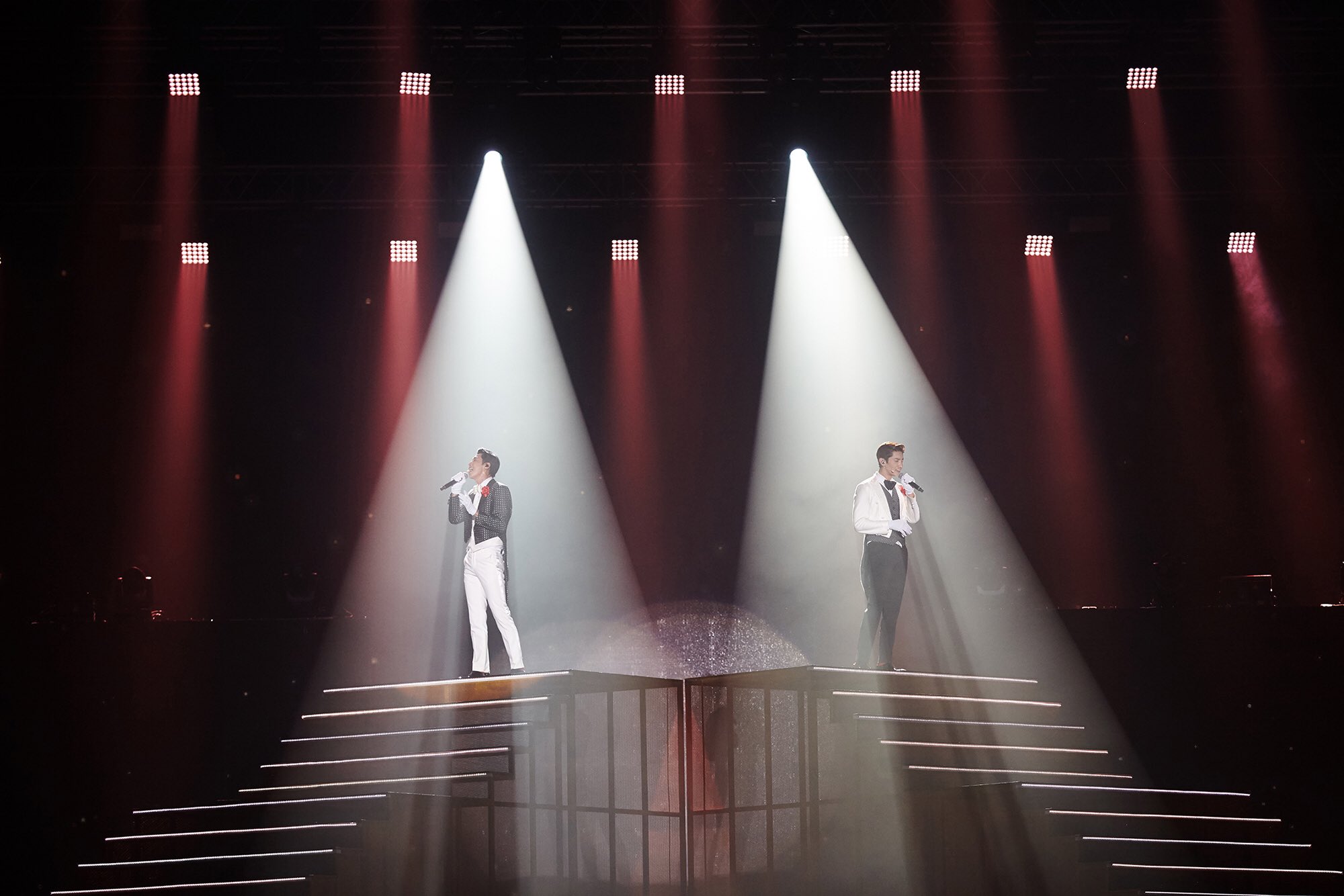 The tour brings elegance to the stage, TVXQ above all delivered their experience while having a unique ability to bring this to every stage they performed on, big and small.

I love this tour and really wish for every K-pop fan can see them at least once in their lives. I promise you will not forget the experience TVXQ brings you will remember it forever.