On September 28, 2014, OSIM Sdn Bhd held a Meet and Greet event with their OSIM uDiva Sofa ambassador, Korean heart-throb Lee Min Ho at the KLCC Convention Center in Kuala Lumpur.  The closed event was a celebration of  OSIM’s 35th Anniversary, and a chance for Lee Min Ho to meet  loyal costumers and fans in Malaysia.

The crowd started cheering  as soon as the door on the stage opened and revealed Lee Min Ho sitting on the OSIM uDiva sofa, he stood and greeted fans in the Malay language. He also stated that this was the 3rd time he has visited Malaysia and he was glad to be here again to meet his fans. 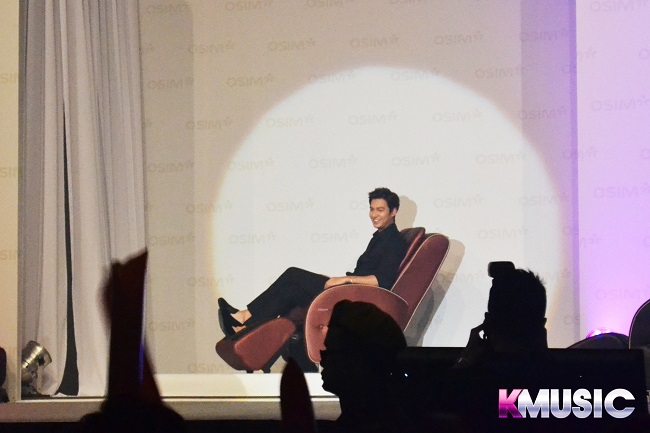 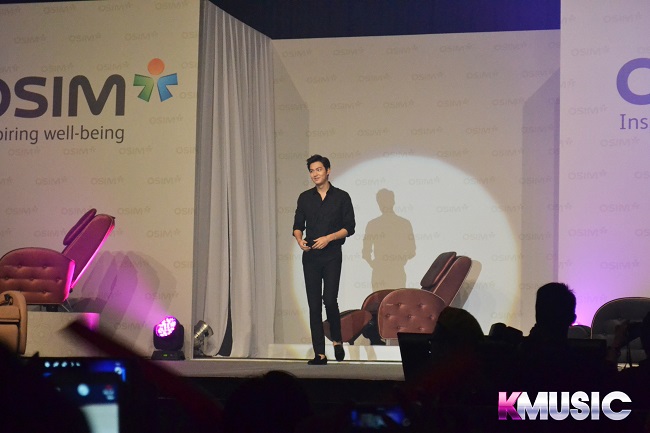 Before the event started the MC choose some lucky fans to get a chance for a game session later on with Lee Min Ho himself. The 5 selected fans got a chance to interact and snap photos with the actor. 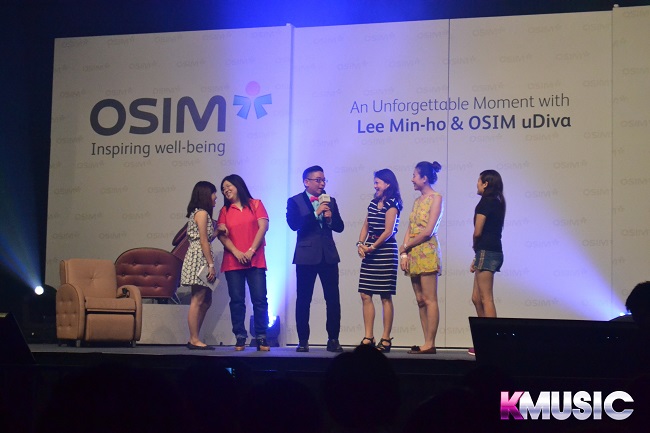 Lee Min Ho was asked about the  OSIM uDiva, and which colors  he liked and which would he recommend to the audience. Lee Min Ho stated that he loved the color black the most, as it suited him more, but he suggested the pink color sofa for the ladies. 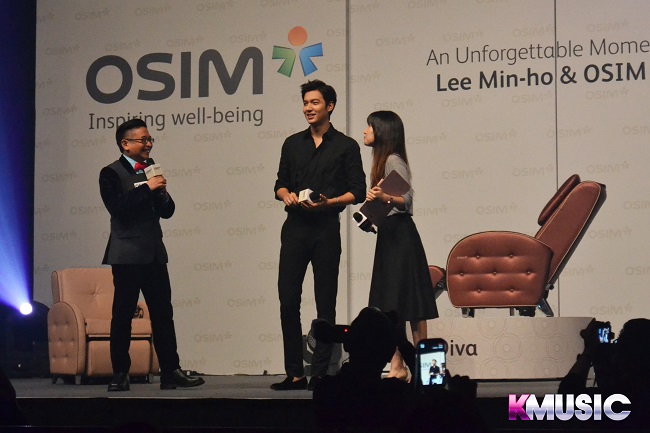 The event ended with all the OSIM staff standing around a huge cake to celebrate OSIM’s 35th Anniversary. Lee Min Ho then blew out the candles and sliced up the cake together with Ms. Chia Sook Fun, General Manager of OSIM Malaysia Sdn Bhd. 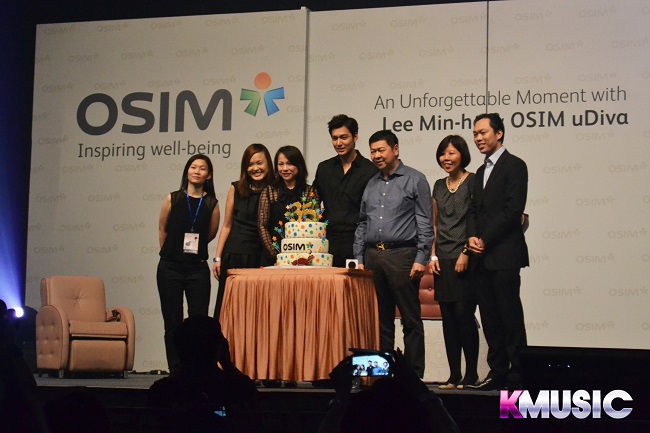 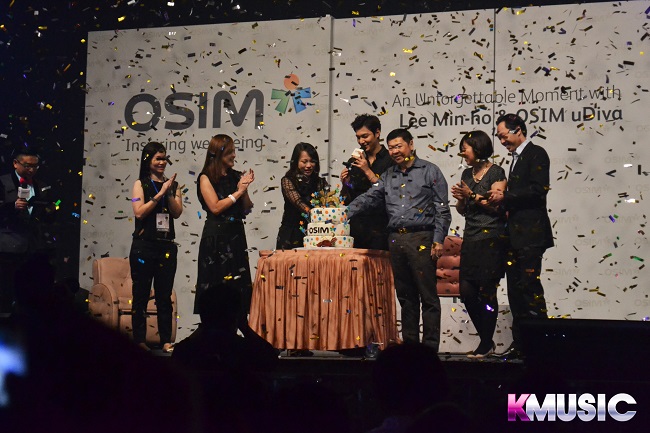 As part of his promotional and ambassador duties the star has taken part in quite a few OSIM marketing campaigns, including fan meetings in 5 countries ,  TV commercials, and various print ads starting in June of this year. 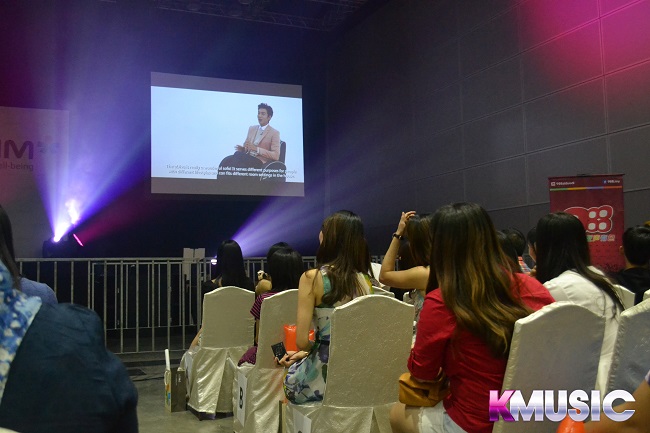 Lee Min Ho has been very busy lately. On the 4th of September he completed filming “Gangnam Blues” a noir action movie set in the 1970’s Seoul estate boom. The movie is in it post production phase and it is set for release at the end of the year. During the fan meeting he discussed how he had given up lotion for 6 months in order to get a more masculine look for the movie. He also said fans will get to see a different side of him in this movie. 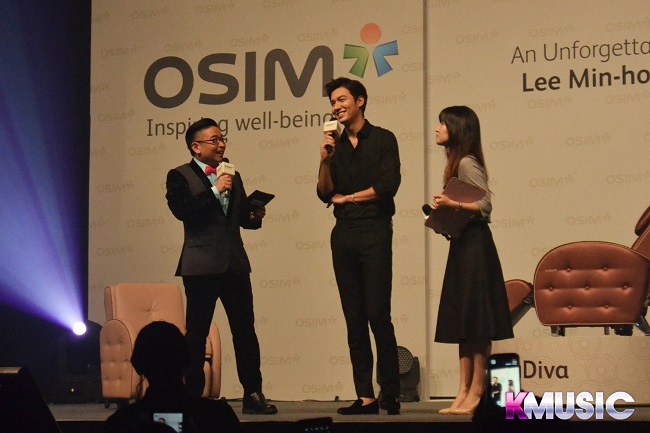 He also discussed his music career as well. His 1st album “My Everything” was released in May 2013 but he revealed that he will be releasing his 2nd album “Song For You” this October. The event ended with a group photo session of OSIM loyal costumers. 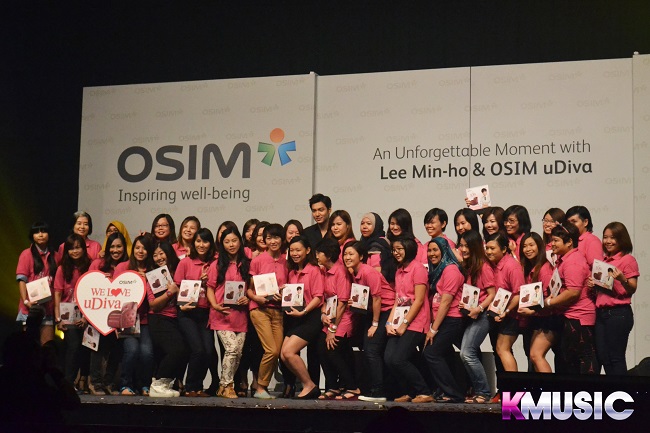 To check out more photos from the Meet and Greet as well as the press conference you can head on over here to Officially KMusic‘s official Facebook!

We would like to thank OSIM for letting Officially KMusic attend this special Meet and Greet and letting us cover it for our readers!

If your interested in learning more about this very unique chair you can check out OSIM official homepage or their  official Facebook for more details.

Scroll for more
Tap
SM Entertainment Confirms – Jessica is No Longer a Part of Girls’ Generation
Amber of f(x) to Temporarily Change her Style If Ailee Wins #1
Scroll
Loading Comments...