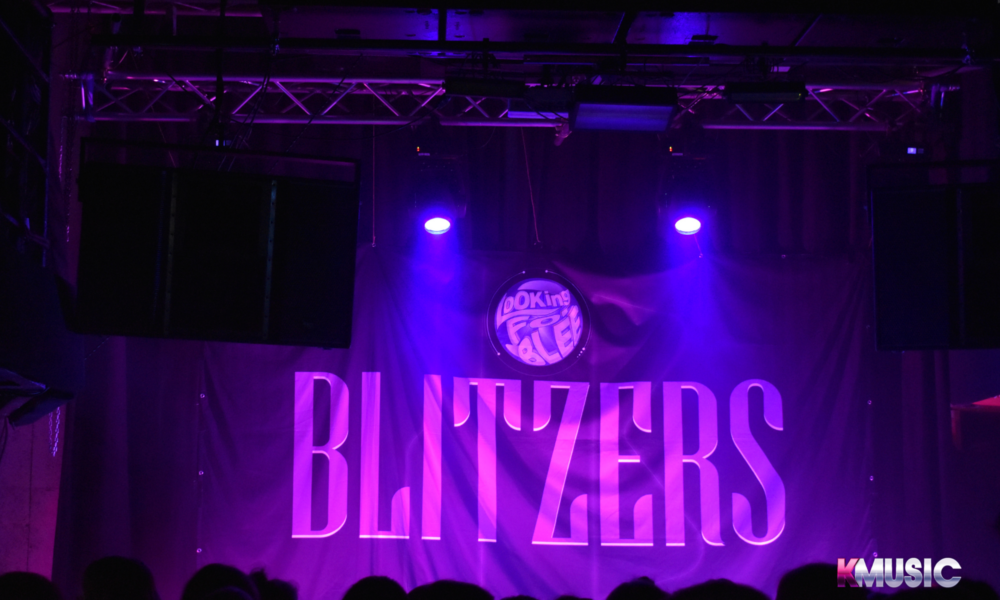 KMUSIC had the chance to be part of the concert experience of BLITZERS´s “Looking for Blee” tour this week. The group gave a shout-out to our readers and also created a concert which will be remembered for a very long time!

The tour “Looking for Blee” stopped in Prague on 17th October and the group performed at the Fuchs2 venue which hosted the waiting fans from early morning hours. We could hear English and German among the queuing BLEEs and after this concert we can be sure to say the fans were waiting for the greatest concert experience.

Go_U, Juhan, Jinhwa, Sya, Chris, Lutan and Wooju were greeted with loud cheers and the opening segment gave a great premise for the night. Jinhwa introduced himself in the local language, gaining an incredible response from the fans by that. Juhan expressed his wish to see the St. Nicholas church and Sya followed up with his desire to see the Charles Bridge because he read it is very beautiful. Wooju said: “Let´s break the stage today!” and the group, together with the fans, surely did that over the course of the whole evening.

The energy, soft and fire

BLITZERS performed most of their songs that night. The joy-bringing tracks “Hapoom” and “Hop-in” were performed with countless funny and cute interactions among the members. We could tell the boys were having a blast on stage just as the fans did in the hall. Except for the fans having their hearts probably melting seeing so many playful moments between the members. The same effect was also heard from fans upon the songs “Gradation” and “Drawing paper” witch filled the venue with fuzzy feeling instead of happiness only and the fans sung with the group, some of them while swaying or waving their arms to the rhythm.

The songs which made the venue heated up were “Will Make a Mistake“, “Hit The Bass“, “Breath Again“, “Bobbin“, “Blitz“, “Life is new gravity” or “Slide“. The fire the group brought to Prague with these tracks was truly unmatched. The energy the members put into their dance moves was incredible and sharp, at times they even seemed to moved at unhuman speed. They all proved what incredible dancers they are, matching their dance skills with their vocal performance on a master level.

Ments with games were plentiful during the concert and some of them surely created amazing memories for the fans. At one occasion the group picked by lottery a fan who joined their dance challenge online and invited that lucky Blee on stage with them. Together they danced part of BLITZERS choreography and we could tell that even the boys were amazed by the dance talent the chosen Blee had! Another occasion brought three fans on stage to play several games with the members with a signed album at stake for the winning team. During one of the later Ments, the group took to play “Barrell men” and the members were very immersed and concentrated at times that even the fans held the breaths with them while playing.

Although the stage was low for the fans further from the stage to see what was really happening during the games, everyone seemed to enjoy these moments which allowed the fans to get to know the members a bit more.

Many concert keepsakes were also born during the performance of “Forever in my heart” as each of the members kept on borrowing phones from the fans. They waved to the objectives, created videos from the stage or took different close-ups of themselves. The number of phones that made it to the stage in such a short time frame of the song was impressive.

Without a breath of wavering the group finished the night, mixing Ments, games and performances greatly throughout the whole concert. If we were looking for a perfect concert with a very talented group, a balanced program of Ments, games and performances, this was the experience to seek for. The “Looking for Blee” concert was pure joy and thrill and we hope the group will have another opportunity to meet their European fans in the future.

You can now search through our full photo album from this concert on our official Facebook page and check the shout-out video BLITZERS granted to KMUSIC as well!

We are sending our thank you to Wuzo Entertainment who made it possible for KMUSIC to attend this event and granted us an opportunity for an interview with the group. Stay close to us for the full interview article!