K-EXCLUSIVE: Let’s Talk About The GOT7 Fanmeet In Brisbane!

K-EXCLUSIVE: Let’s Talk About The GOT7 Fanmeet In Brisbane!

After completing almost two months of promotion for their latest comeback track ‘Never Ever‘ taken from their sixth EP FLIGHT LOG: ARRIVAL, the members of GOT7 have finally made it to the land of cuddly koalas, endless sunshine, and eager IGOT7s!!

Brisbane followed Sydney as the second stop on their ‘GOT7 Global Fan Meeting in Australia 2017‘ tour, with hundreds of fans flocking to the Royal International Convention Centre in Bowen Hills to spend a few sparkling hours with their idols!

But just how have seven incredibly talented (and good looking) men had such a huge impact on us from halfway across the globe?! 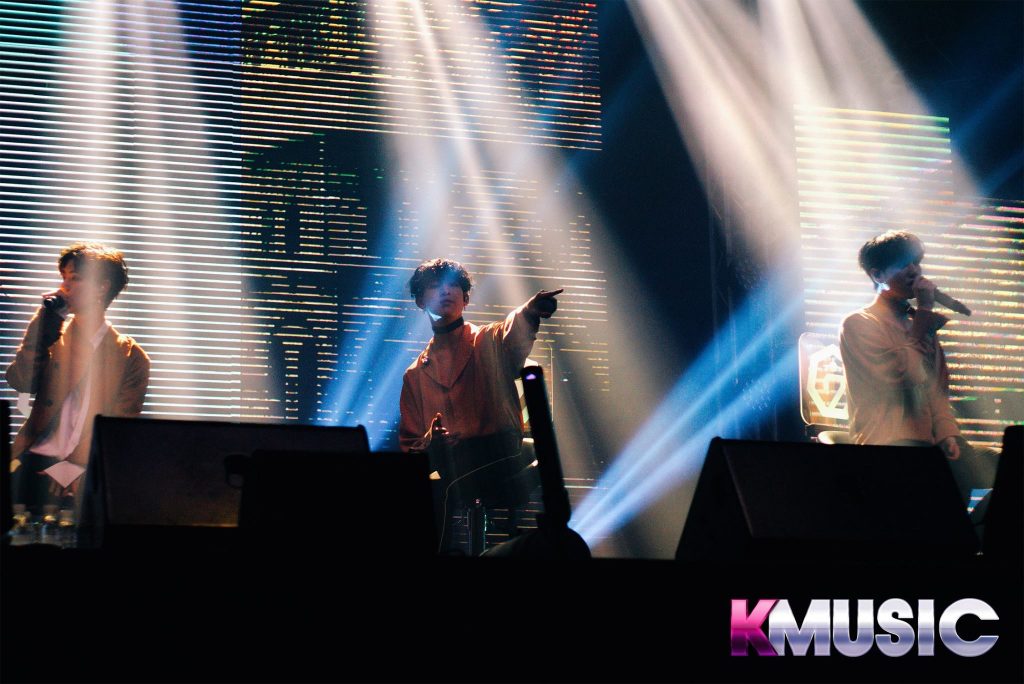 GOT7’s skyrocketing popularity in Australia has been caused by not only their infectious pop and hip-hop tracks and fire choreography, but by the members’ genuine affection for their fanbase, and their willingness to temporarily sacrifice their dignity for a few seconds of laughter!

Members Jaebum, Mark, Jackson, Yugyeom, BamBam and Jinyoung (minus Youngjae, who was unable to come to Australia as he is currently recovering from a back injury), clocked up some serious kilometres on stage last night, making sure that even IGOT7s in the furthest reaches felt like they were the sole recipients of every hand heart, air kiss, cheeky wink, and shameless appeal for love and attention. BamBam, the known flirt of the group, even casually drawled “Where my ladiesss at” as they trailed off after the rehearsal stage, to a chorus of blissful sighs from the watching silver ticket holders. Now where else in Australia can you get that quality of fan service unless your favourite K-pop group visits?! 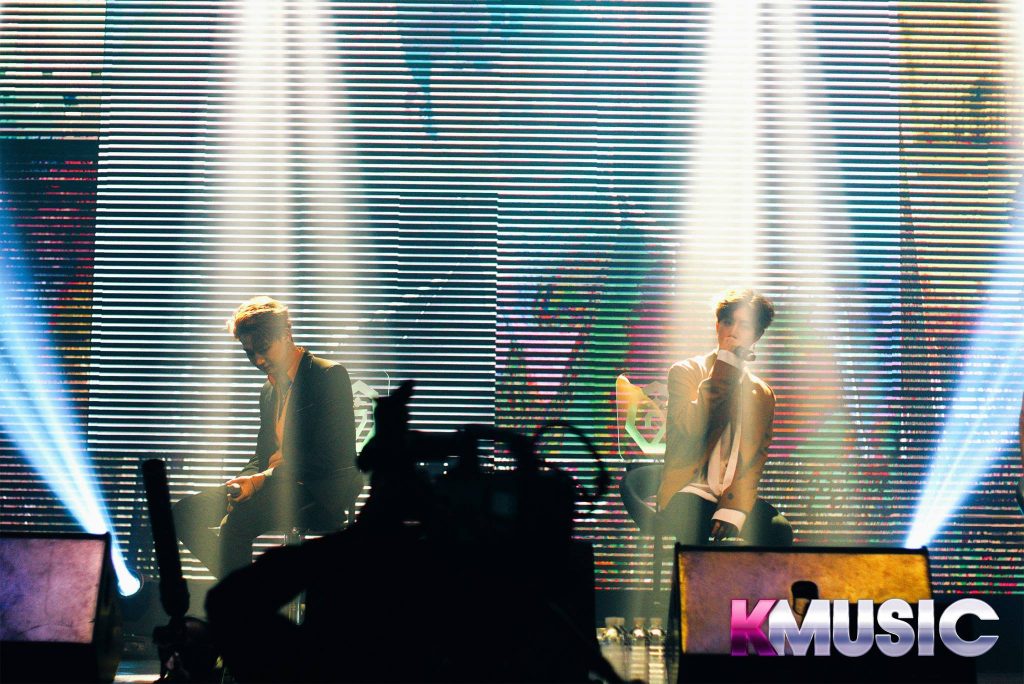 We all know that music transcends all language barriers, but sometimes without the help of Google translate or fan-subbed YouTube videos, even the most hardcore followers can get a little lost!

Luckily for Australia, unlike many K-Pop groups, three of the members speak fluent or almost fluent English! GOT7 frequently post on social media in a mixture of English, Korean, Mandarin and Thai, so that millions of fans can effortlessly connect with the entire group. Fan meet games and quizzes mirrored the hilarity of South Korea’s variety style shows, and thanks to the outrageous running commentary from unofficial MCs Jackson, Mark and BamBam, fans were in stitches the entire time! 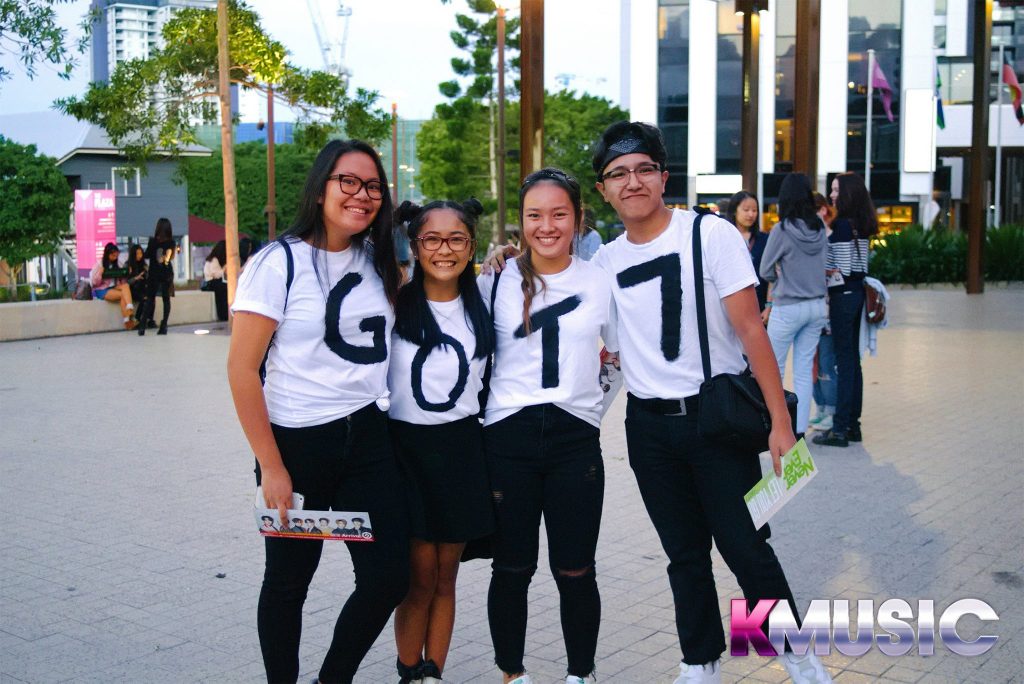 GOT7 are the biggest K-pop boy group that have ever scheduled an event in Brisbane, and one of the real reasons these fan meets were even possible, is the undying support from their fans in Australia!

Without question, the level of devotion from GOT7’s Brisbane fan base was completely on par with their international counterparts last night. IGOT7s (also known as ahgases), started gathering at the venue from 10am yesterday to coordinate fan projects, run food support for those waiting in line, compare bias merchandise, and laughing at each other’s fan signs. Although all of the members are completely beloved to all ahgases, Jackson, Mark and Yugyeom shirts were everywhere, and those who couldn’t track down the elusive official lightsticks or ‘ahgabongs’ in time got creative, wielding Mountain Dew bottles containing green glow sticks in every size instead! 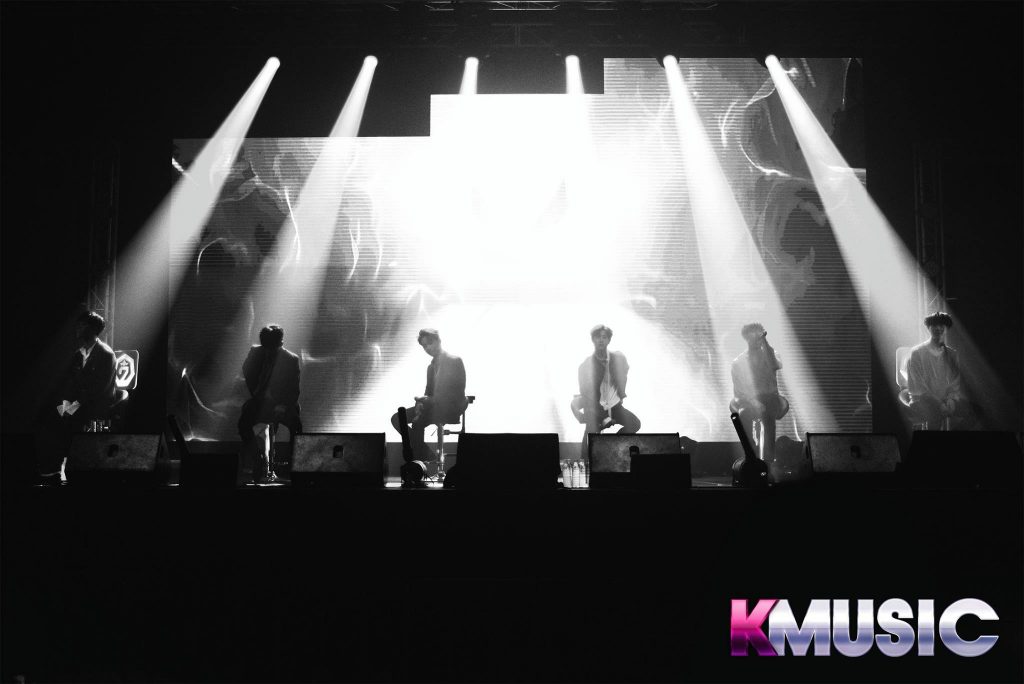 From the opening note of ‘Q‘, until the final encore of ‘Go Higher‘, GOT7 blew us away with their incredible singing, rapping and choreography. Brisbane will absolutely be keeping their promise to Jinyoung to wait for GOT7 to come back next time for an even bigger and better tour!

For now, the final stops on GOT7’s whirlwind tour of Australia are Melbourne on Sunday 23 April 2017 at The Plenary, Melbourne Convention and Exhibition Centre, followed by Perth on Monday 24 April at the Riverside Theatre, Perth Exhibition and Convention Centre. Silver and Bronze allocations are still available, so make sure you grab a ticket to see your idols before they’re 1234567-out!!!

From the bottom of our Officially KMusic hearts, we’re sending out a huge thank you to IGOT7 fans throughout Australia, Three Angles Production, IME SG and IME AU, JYP Entertainment, and of course, GOT7, for an unbeatable tour so far!

Head to our Twitter page to check out our exclusive live video broadcast from last night, and the Officially KMusic Facebook album for more photos from the Brisbane fanmeet.