[K-EXCLUSIVE] MXM BROUGHT THEIR SWAG ON AT SINGAPORE FANMEET

[K-EXCLUSIVE] MXM BROUGHT THEIR SWAG ON AT SINGAPORE FANMEET

Who doesn’t want to Match Up with MXM? The musically talented duo and alumni of Produce 101 Season 2, MXM, comprising of Youngmin and Donghyun, had their very first fan meeting in Singapore. Jointly organized by iMe Singapore and Warner Music Singapore, it was held on 4 May 2018, 8pm at ZEPP@BIGBOX.

With the release of their second mini album “Match Up” in January and their follow up single “Rematch” in March, the duo has showcased a different and mature side of MXM. They made their rounds performing in 3 cities for their “Match Up” fan meeting, with Singapore being the last stop.

A cute VCR of MXM was being played at the start of the fan meeting where they reminded the fans that no photography was allowed and to switch off their handphones. The duo opened the show with “I’m the one” and “Perfectly Perfect“, showcasing their bubbly and boyish side. Their huge smiles and energetic dance moves while performing these two songs were one of the many highlights of the fan meet. 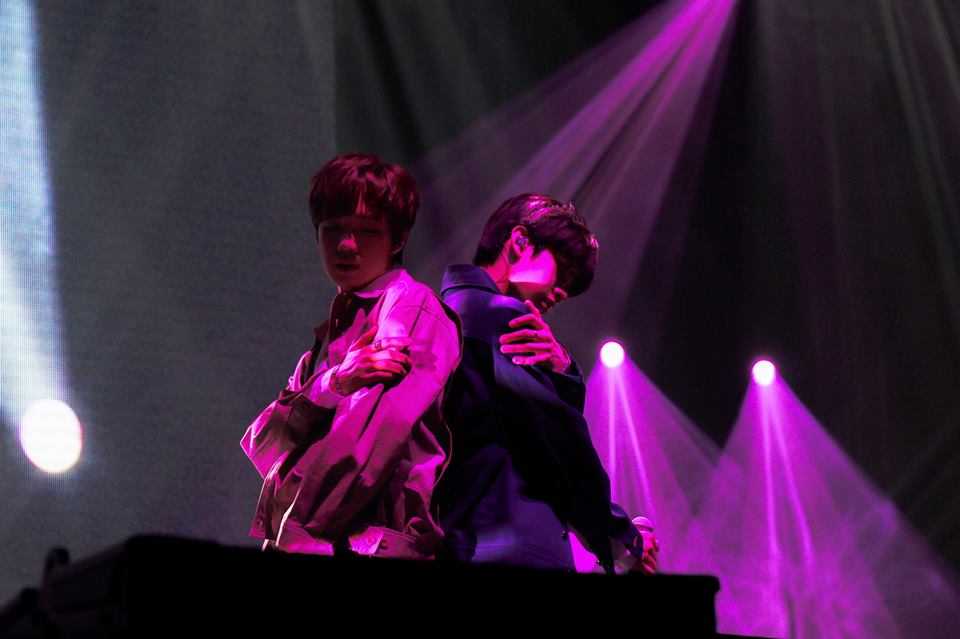 Dee Kosh: How does it feel to be in Singapore for your first fan meeting?

Youngmin: I am very excited and honoured to be in Singapore for the first time meeting our fans here. And we hope to create great memories together tonight. For myself, it’s been 19 years since I’ve been here.

Donghyun: We’re finally here in Singapore. I’m so happy and looking forward to it, let’s have lots of fun tonight!

To add on to the perfectly perfect night, MXM treated the fans to a fun time with many game segments. The first game was “Telepathy” where Youngmin and Donghyun faced their backs to each other and had to pick one out of two items. If their answers match, it would mean that they have great telepathy. The second game called “Pictionary” included 4 lucky fans. In this game, the fans had to figure out what MXM drew and if they guessed correctly, they will walk away with their favourite drawing by MXM. The fans easily won their favourite drawing as MXM are not only great performers, but they are also good artistes as they awed the crowd with their pretty drawings. 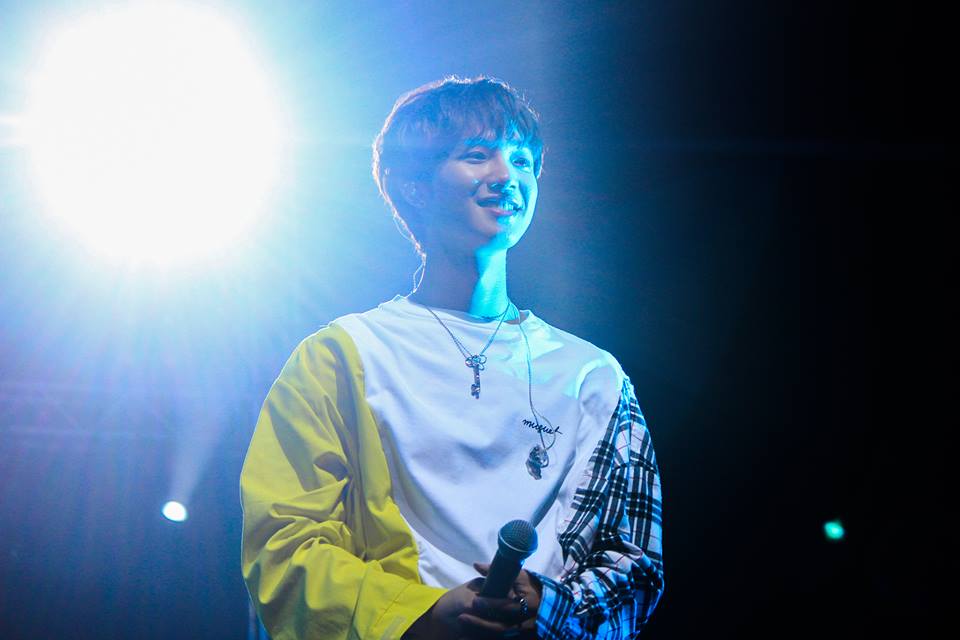 The duo went on to heat up the night with a sexy number “Just Come Out“, followed up by “Errday” which treated the fans to a visual feast of the duo’s swag like it’s their birthday! A behind-the-scene VCR of “Gone Cold” was played and Youngmin was shown tearing up during the recording. He mentioned how he tried to feel the lyrics and wanted to express them well. Shortly after, the duo appeared back on stage to perform “Gone Cold“. 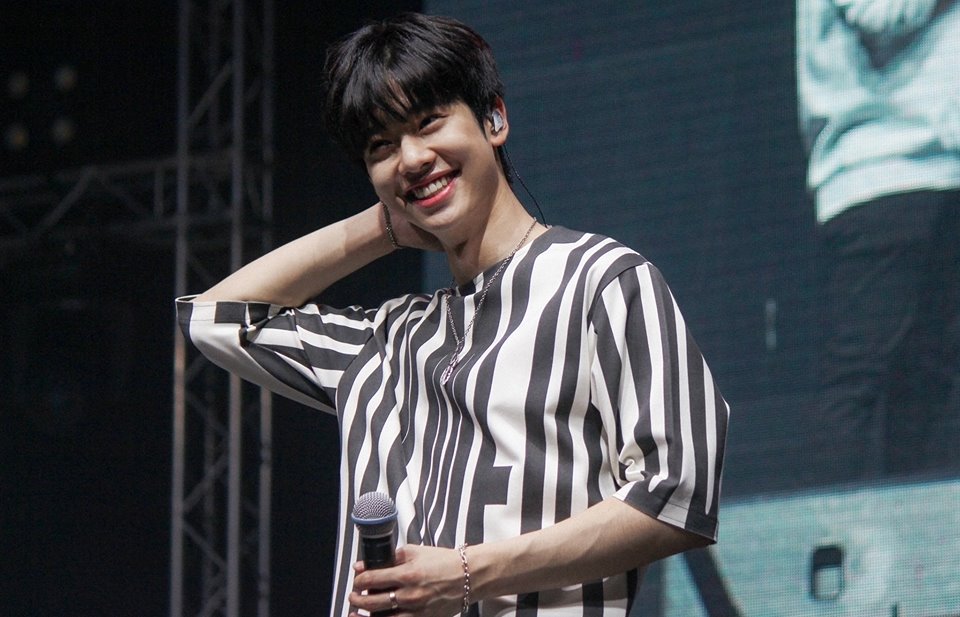 For the next game segment, 6 lucky fans were chosen to participate in “Actionary“. In this game, MXM acted out a word and the fans will have to guess them correctly. The fan with the most correct guesses get to take a polaroid photo with MXM. How great is that! The highlight from this game was Donghyun dancing to “Hollywood“, the self-composed and choreographed song they performed for their very first evaluation on Produce 101 Season 2!

One of the sweetest moment was the surprise video filled with words of support from the fans. When the video ended, everyone in the audience raised their banners which said, “Let’s be together forever!” and a diamond-shaped cake was being presented to MXM on stage. The duo was overwhelmed and felt very thankful to the fans, they decided to take a photo with the crowd to keep as a precious memory. The duo made the crowd go wild again and wrapped up the fan meet with their good vibe tracks “Being Objective“, “Diamond Girl” and “I Just Do“.

Officially Kmusic would like to thank iMe Singapore and Warner Music Singapore for the opportunity to cover an incredible event.

Scroll for more
Tap
K-EXCLUSIVE: Dok2 and The Quiett bring the house down in Melbourne as part of their Australian tour!
K-EXCLUSIVE: GOT7 turned the heat into dream in Berlin
Scroll
Loading Comments...