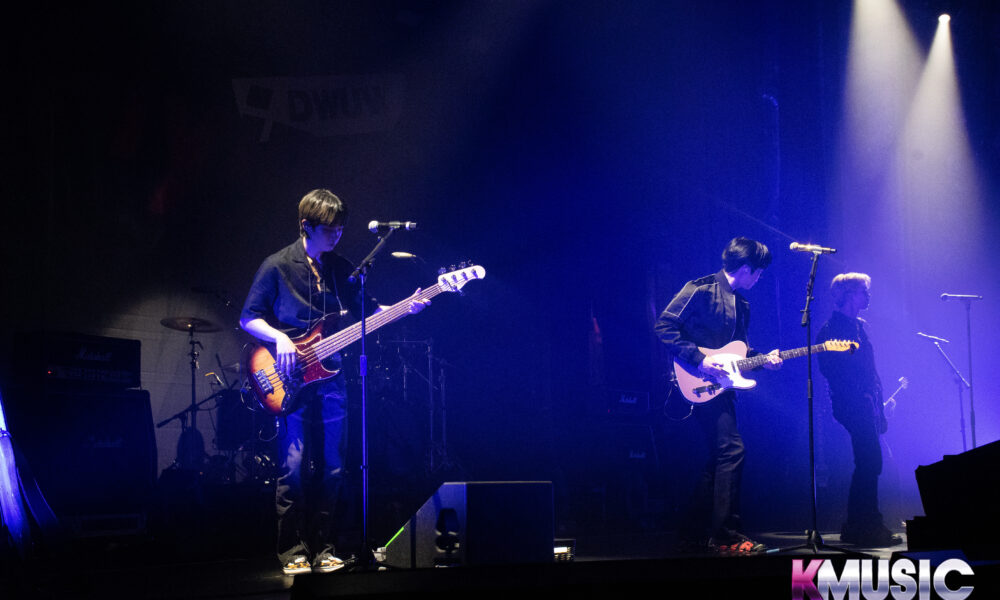 While on their second stop of their first U.S. tour in Chicago, N.Flying lit up the stage for a night to remember.

Despite the cold weather, the band brought the heat with “R U Ready?,” and kept it going with the soulful melody of songs like “Chance.” Unlike traditional rock music, N.Flying also incorporates rap in their songs, setting them apart from other bands in the industry who focus more on vocals.

Mixing things up from their performances, the members also participated in a round of a “Silence-Freeze Game,” which had brief pauses made throughout the song where each member was meant to pose in a snapshot-like way. If the audience was able to stay silent throughout the game, it would be considered a success. Surprisingly, their fans, known as N.Fia, accomplished the difficult task, leading Chicago to victory.

Being the main vocal and rap line, Seunghyub and Hwesung took turns standing on each side of the stage, making sure to stay engaged with their fans the whole night. With their songs being mainly vocals and rap with background instrumentals, there were also instrumental solos mixed in to truly emphasize their rock sound. The energy in the venue hit its peak, with fans ecstatically enjoying the powerful and upbeat songs, even despite nearing the show’s end. N.Flying and N.Fia kept the energy going as if the show was just starting all the way through the encore, which included songs “The Real,” “Rooftop,” and “Fall With You.”

With the pride of being a Korean rock band instead of a dancing kpop idol group, N.Flying proved that they are truly talented instrumentalists, musicians, and artists. Special thank you to FNC Entertainment and Studio PAV for allowing us to attend. Make sure to check out all photos from the show on our Facebook page now!