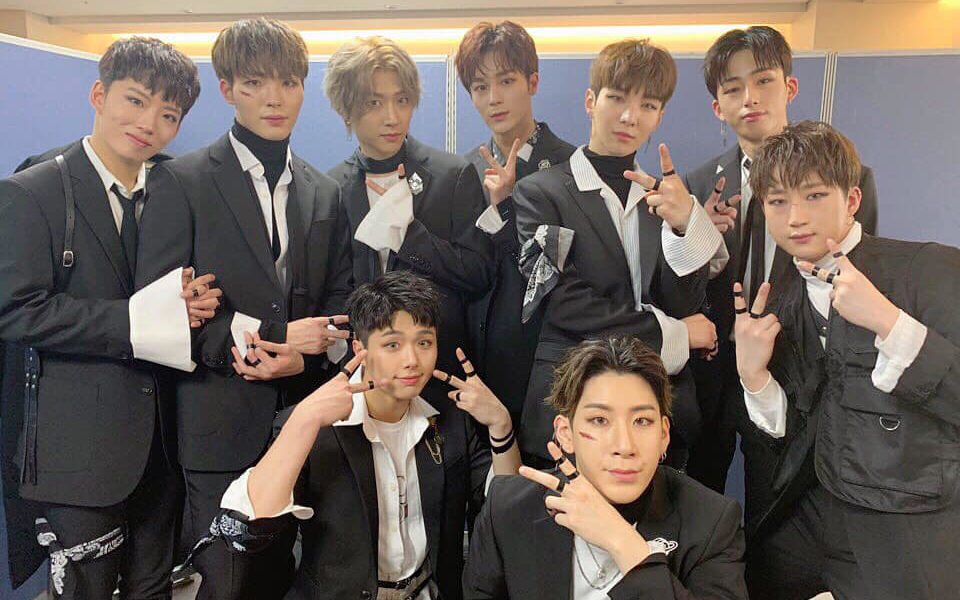 NOIR is a group which debuted in April 2018. Since then these nine boys gathered quite a lot of attention for their upbeat music and luring concepts. Even though the group has almost ten members, each of them has an individual charm which pleases the audience, so there is no wonder the fandom grew rapidly over the past year. This being said the European Lumieres [fandom name for NOIR´s fans] were thrilled upon the news the group is going to Europe and could not wait to see them in their country. With some ticket being sold out fast, the fans showed their desire to see and support the group soon.

We were there when the group hit Prague, Czech Republic, and can give you two main reasons the concert was as lit as everyone wished for.

The expected and unexpected songs

The concert started off with one of the group´s staple songs “Airplane mode”, heating up the audience in an instant. The boys continued with “In Between” from their album “TopGun”. The boys were wearing all black with some red straps (as belt, around wrists etc.) which added that visual spark to the performances, making it an addictive one.

NOIR rounded the first part of the concert with an opening ment. During this ment the group introduced themself as a group and each of the members greeted the audience individually as well. The fans´ response was a great round of cheers, screams and excitement upon seeing the boys in front of their own eyes.

The next part of the concert included songs such as “Gangsta”, a song from NOIR´s debut album “Twenty’s Noir”, “Diamond” as well as a cover to BTS´s “Boy with Luv”. For the later songs the members went backstage to change their clothes and appeared again looking fabulous in silk purple shirts and black pants. The fans were also later on blessed by the subgroup´s performance of the song “Artist”. This stage was performed by Seunghoon, the leader, Siheon and Minhyuk, and it bought that badass feel to the venue every fan immediately jammed to. The last songs of the night were the so awaited “Doom Doom”, a short dance break and “Be Taken”.

For the whole concert the members showcased their great dancing and singing ability as well as the power to caught the audience’s attention and even take their breath away. They did not stop for a moment during performances in proving us they put their whole hearts into the songs. The tracks performed were the ones fans wished for, as well as some surprises which made the attendees fall in love with NOIR even more.

The interactions and amazing fans

The concert included Q&A segment during which the group answered to the fans´ questions, allowing the fans to get to know them better. For the last part of the night, some of the members even took fans´ phones to create short videos from stage as well. And for the encore some members stepped down from the stage to sing in front of the first row of fans.

In short, the group did not disappoint in allowing the fans to know more about them and providing them with some unique memories.

The fans were showing their support for the group from the very moment the venue went pitch black at the beginning of the concert, till the very last moment when their chants echoed in the air even after the group bid their last goodbyes. They hold up their phones with flashlights on for one song which lightened up the space in an instant. And for the end they also prepared banners, celebrating the group and showing their love and excitement for them.

The members addressed the fans´ incredible support during the last ment as well. Yeonkuk shared his amazement upon seeing the fans´ loud cheers through the night: “We had a lot of thoughts before we came to Europe. I was very afraid that you guys do not know us. But during the concert you screamed so much, you supported us so much that I was joyful all the time. Thank you so much!”

“I was so excited to meet you all guys,” Siha shared. “I really want to thank you for the support!”

Daewon also shared how happy the night was for him: “For me it was a very happy time. Sometimes I am asking myself am I allowed to be this happy? But you guys showed me that it is right to be happy.”

NOIR´s concert was for sure a night to be remembered and the group also hinted on a possible comeback in the next year. We wish NOIR the best for luck for their further promotion and thank SkeY ACE for bringing this talented group to Europe this year.

Scroll for more
Tap
[K-EXCLUSIVE] “We Rose You!” echoed in Berlin during The Rose´s concert
K-Exclusive: A.C.E’s Unforgettable Night in LA
Scroll