On October 14, 2016 at the Korean Cultural Center (KCC) in Bonifacio Global City, Taguig – OFFROAD successfully made their Filipino fans happy during their fan meeting.

They opened the fan meet with their song Bebop (비밥). Afterwards they began to interact with their fans – it had something to do with a question board for the members. One of the questions was what is their ideal type of girl. Habin picked out the question so he described that his ideal girl was someone with a smaller height or small than him. He even demonstrated how small should the girl be with the host. It was so cute! 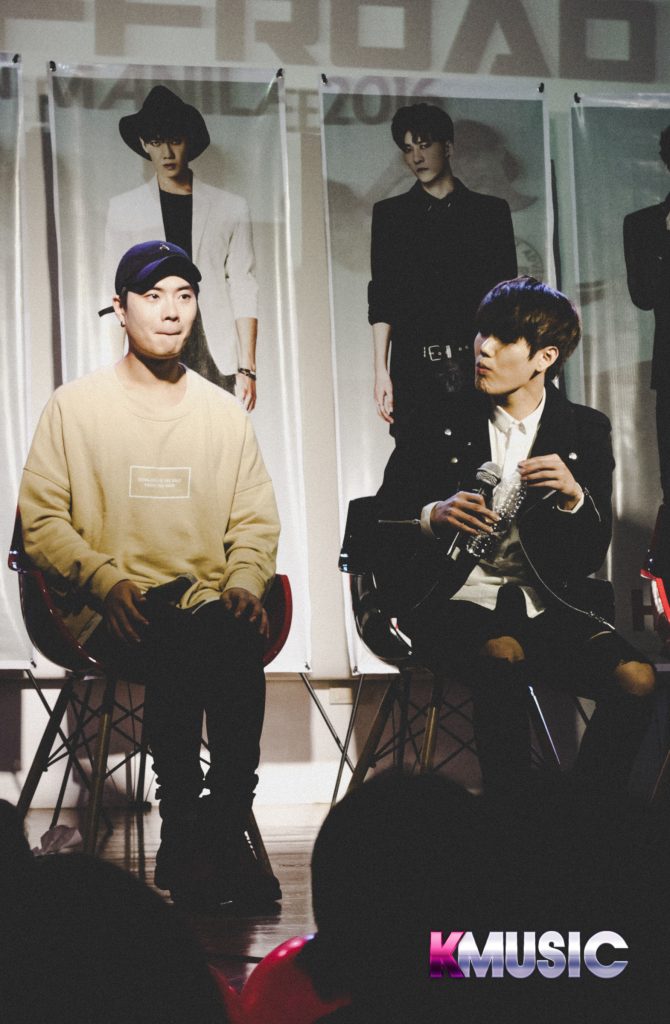 The next member, Daewon got a question asking if he could show his MMA fighting skills. (Fact: He recently participated in a MMA fight and became the winner.) With confidence, he stretched himself a bit and showed a high kick!

After that portion, the next segment was games with the fans. They picked out seat numbers and called out the luck fans. The first game had acting involved and one line that the fans will say to the boys. The members selected five lucky fans and they had to act a scene where the fan says, “Break na tayo” (Translation: Let’s break up!”) in Tagalog. After every fan has said the line, the members will have to stop them by giving a back hug. However, for Harang his partner was a fan boy, which made things interesting and very fun. It was really funny! 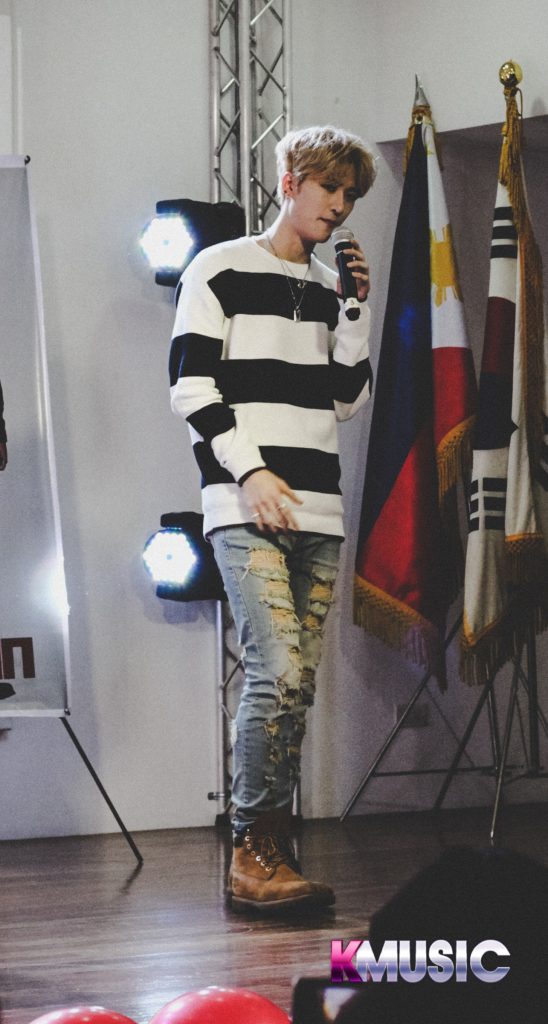 All members had their own idea of how to do it, especially Daewon. He had a scene on his mind that he even described to his partner on what to do. When that segment finished the chosen winners had to have the loudest cheers from the other fans – and guess what? Harang and the fanboy won!

Daewon however, had to do a punishment and that was he carried the fanboy in a bridal style way and had to do 10 squats. Good job Daewon! 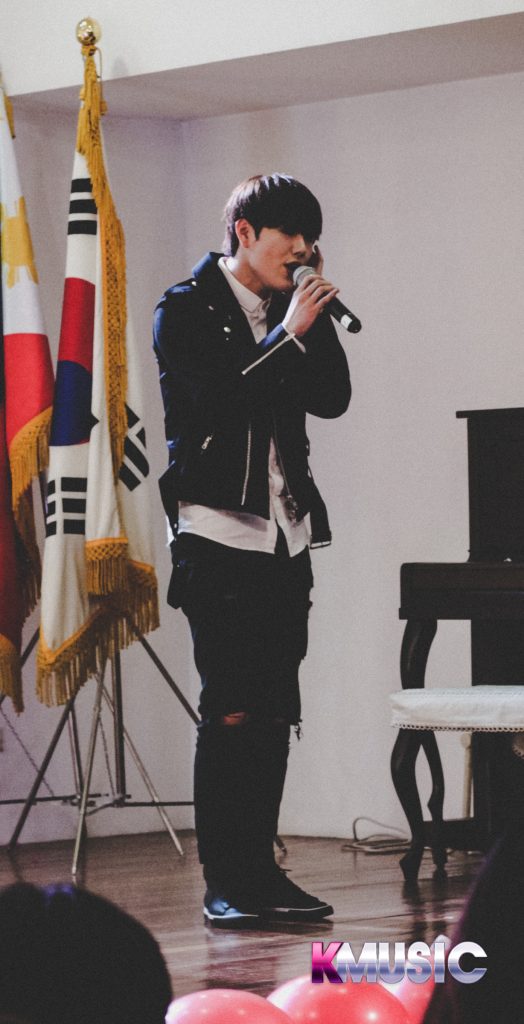 Moving on to the next game, it as a question and answer for the fans and the prize was a Polaroid photo with them. The last game was the most famous Peppero game and guess which member won? Harang again! 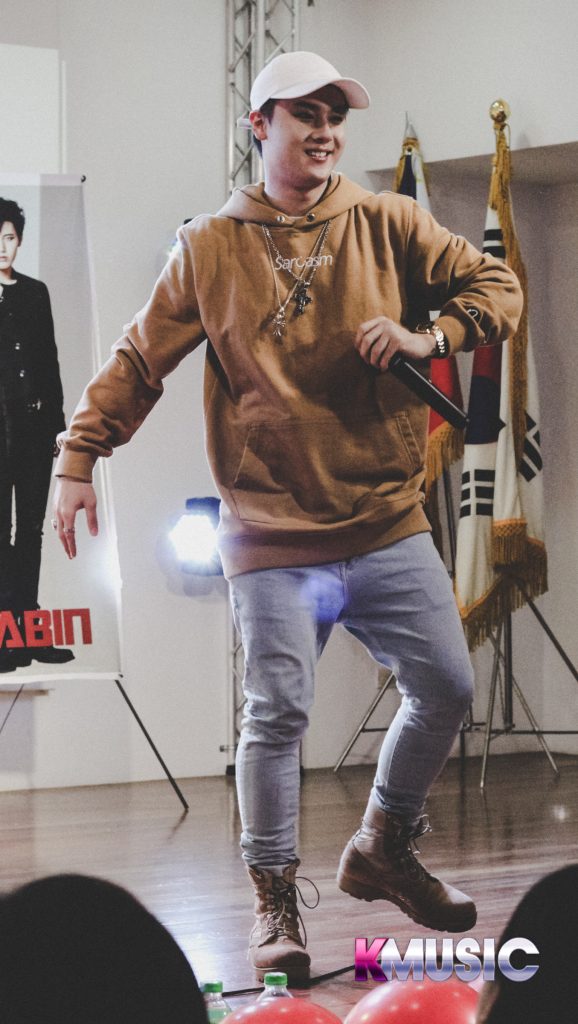 After the fun and games the boys moved on to their next performances. They danced to “Come Here” (이리와봐) by Masta Wu, Dok2 and Bobby from iKON. Daewon and Harang had a duet. Rio and Kino – also known as “OHNOBRO” the groups’ sub-unit sang their own song titled “Wanna Bom (왔나봄)”. 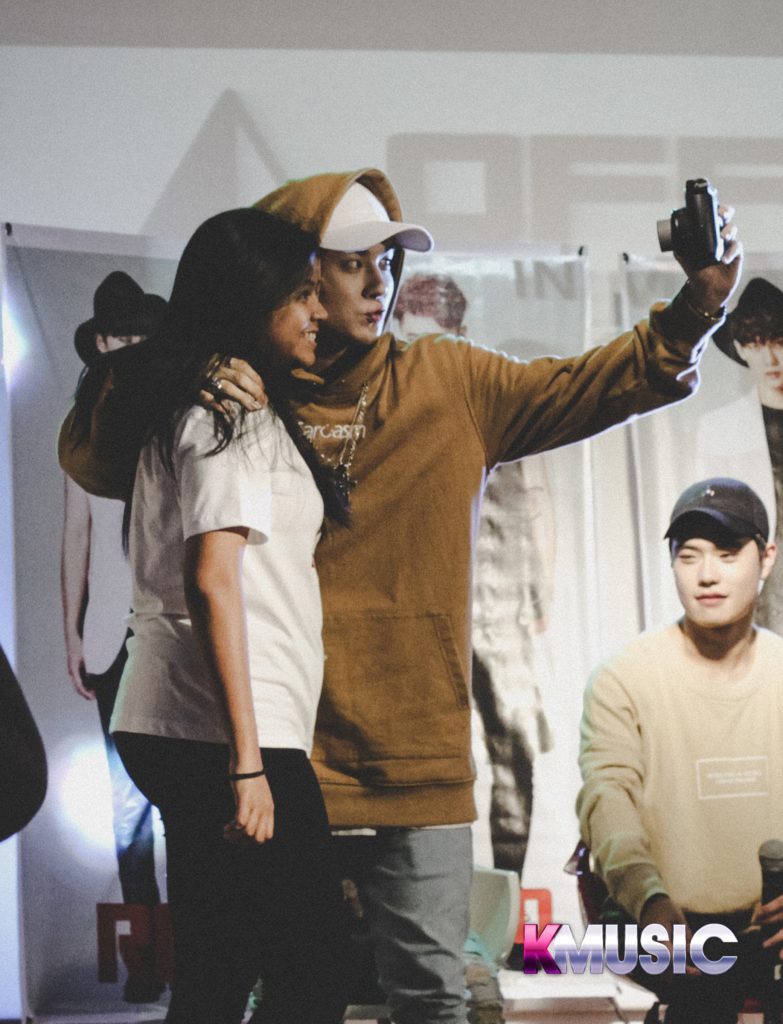 For the last portion of the fan-meet, the boys sang and danced to James Reid “Huwag Ka Nang Humirit.” And they ended with their last song titled “Head Banging” which was produced by Block B’s Zico.

The high touch was at the end of their fan-meet and they also gave away signed individual photos of them.