February 15th, the day after Valentine’s day, is a day that Chicago ReVeluvs will never forget. Red Velvet had their first US tour “REDMARE”, with Chicago being their fourth stop. Fans from all over the midwestern area flocked to the Chicago Theater to see the girls perform. After hours of waiting in the cold and then waiting inside of the venue, the show fans had been waiting for had finally started.

Their performance began with an adorable VR projected on the screen, leading up to the members coming out to perform two of their top hits “Russian Roulette” and “Power Up”. They then went on to perform a special stage that wowed the audience with hard-hitting dances that showed off their sexy charms. The girls came back out after a costume change, into bright dresses and and headpieces that mirrored their representative animals (Irene: rabbit – Seulgi: bear – Wendy: squirrel – Joy: chick – Yeri: Turtle). 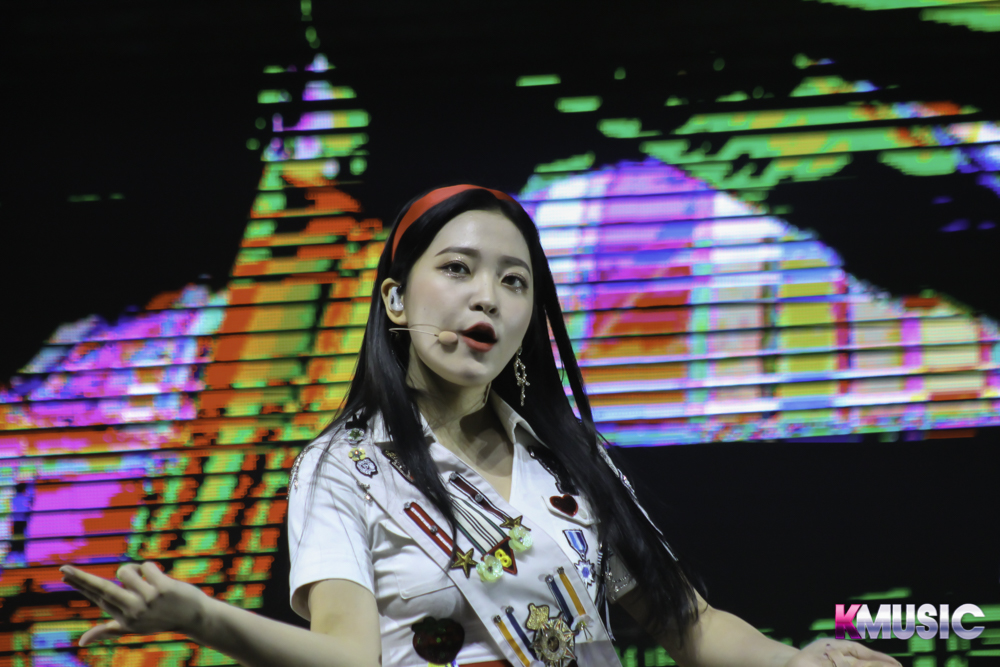 The backup dancers dressed as hunters and they put on an engaging cat and mouse performance. When “Happiness” played, the crowd went wild, and the screams got even louder for Wendy’s powerful solo during that song. Then the second half of the night started, taking a darker turn from the cute vibe they portrayed at the beginning of the show. 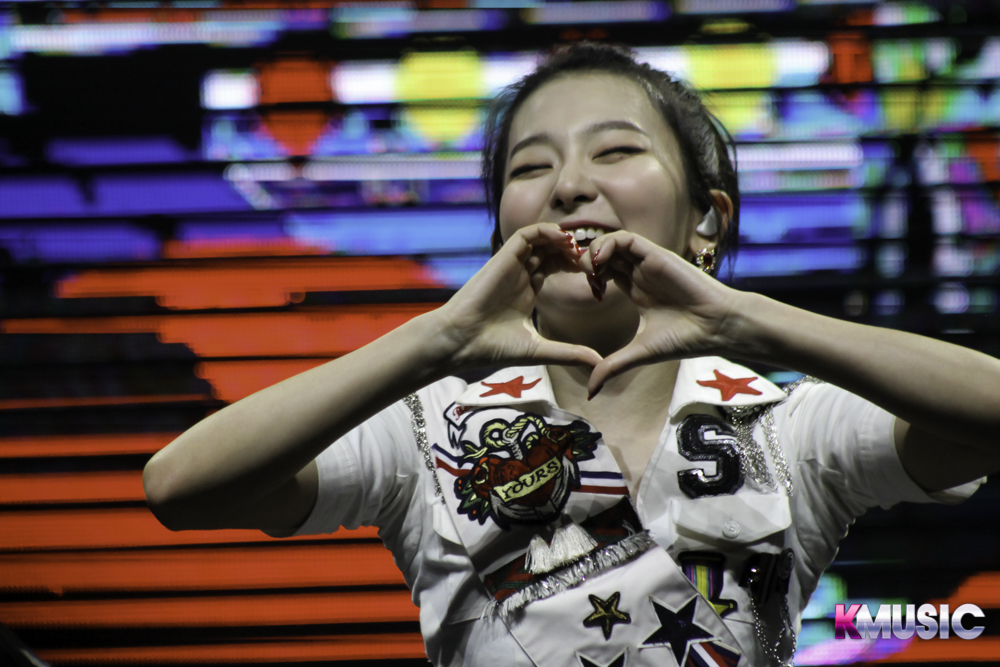 The VR featured the members of the popular girl group going through a chilling haunted house. The crowed oohed, ahed, and even screamed as the anticipation filled the theater. After the video, the members went on to perform two more of their top-hits “Bad Boy” and “Peek-a-boo”. They stopped to talk about how scary it was while filming the VR and Yeri asked the crowd if they should all go to a haunted house together next time. When asked who would be scared the most, the girls said that “Irene was so scared that she couldn’t even go in” but that she could shockingly ride all of the rides at Six Flags, making her a girl “full of surprises”. 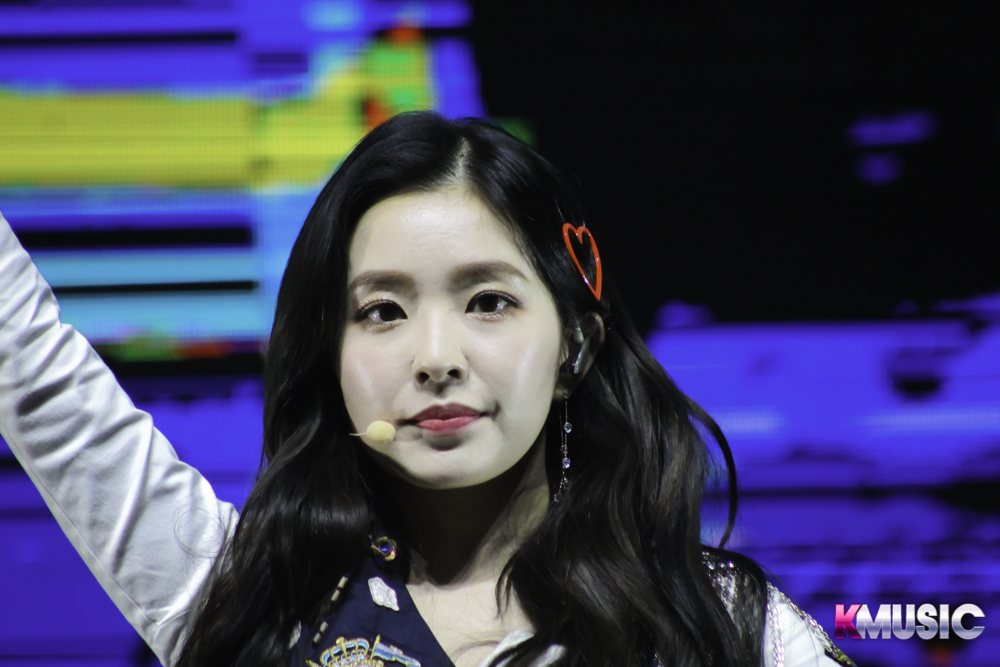 Red Velvet went on to perform their latest title track “Really Bad Boy”, saying it was their first time performing it in English. Following that they performed “Rookie”, saying it was the last song of the night. The girls then went off the stage and the theater filled with screams and chants for them to come back. ReVeluvs filled the room with echoing chants for an encore and the girls did not disappoint. 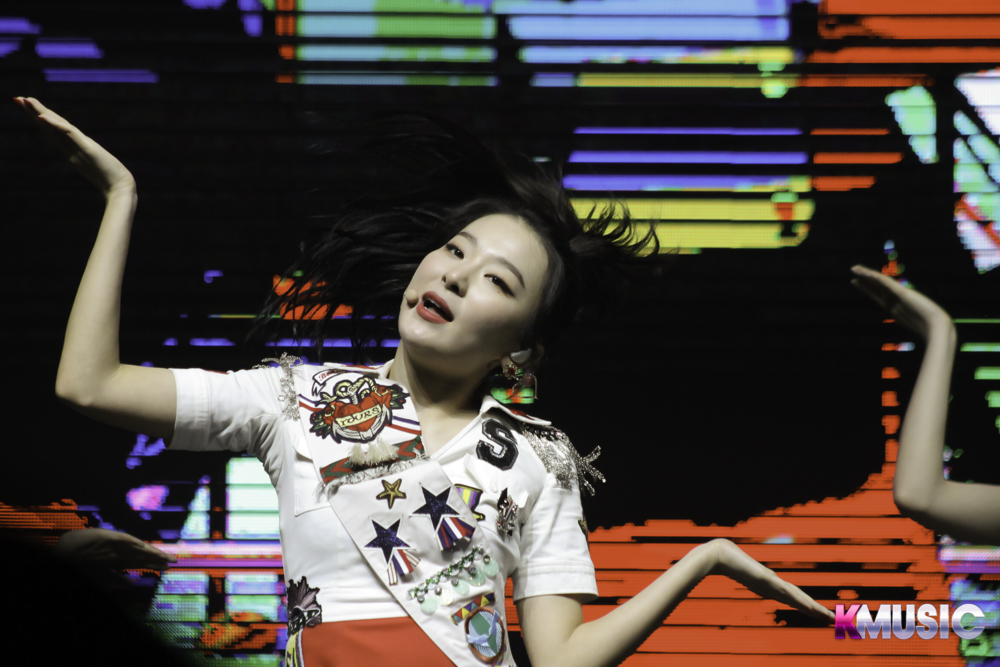 The venue vibrated with joyful yells once the screen showed one last VR that went back to a summery concept. The girls came back on stage to perform their encore songs and to say their thank you’s and goodbyes. They told the crowd things like “go home and rest” and to “leave with thoughts of having a good night with Red Velvet”. As a part of their final mentions Yeri talked about how “frozen” Chicago was, but that being there with their fans was “really hot”, warming the audience’s hearts. 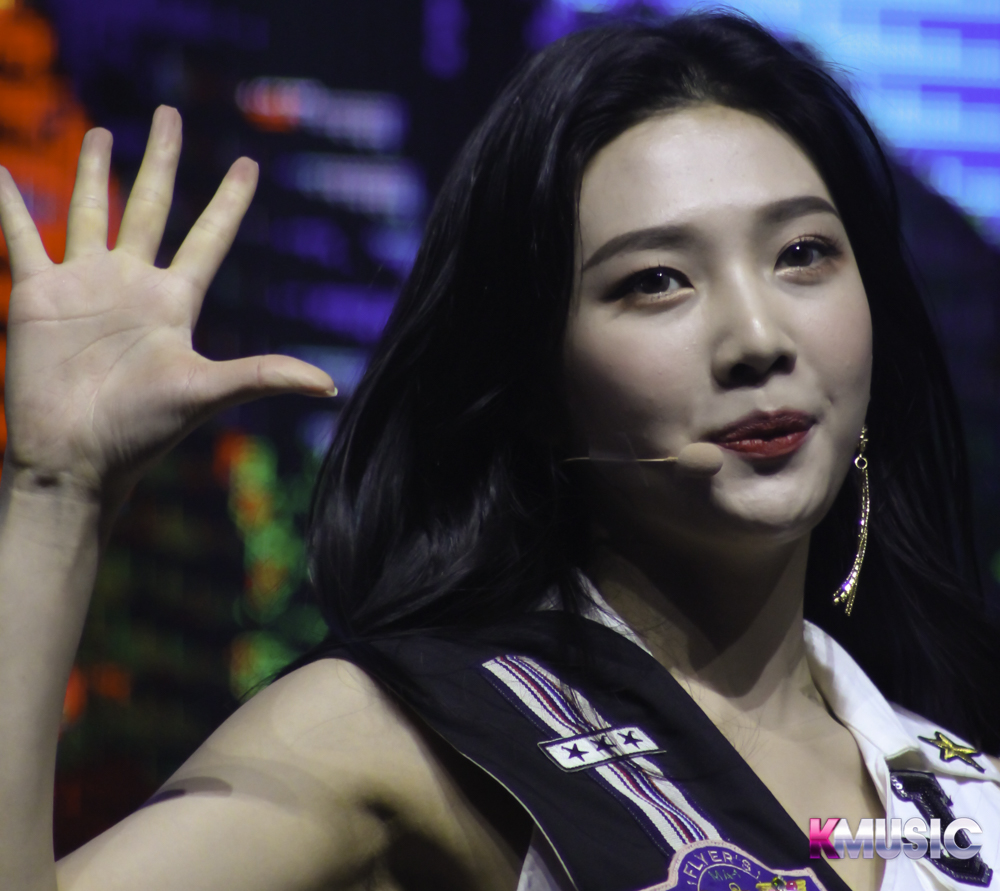 After speaking to their Chicago fans one last time, they performed “Red Flavor” as their goodbye song before leaving the stage for good. The night was filled with Red Velvet’s alluring vocals, dynamic dancing, fierce rapping and colorful costumes that tied their performances together perfectly. On top of that, the girls pampered the crowd with lots of fan service. Red Velvet gave fans a fantastic show that they will forever stay in their hearts.

Scroll for more
Tap
K-EXCLUSIVE: DAY6 in Berlin – The most anticipated moment
K-EXCLUSIVE: What to expect from Eric Nam’s first tour in Australia!
Scroll
Loading Comments...