K-EXCLUSIVE: The Return of the Kings of K-pop TVXQ Part 4 – Coex fansign event

K-EXCLUSIVE: The Return of the Kings of K-pop TVXQ Part 4 – Coex fansign event

The final promotional activity concluded for TVXQ‘s ‘The Chance of Love: New Chapter 1‘ album yesterday on April 15th. Being a Sunday, the venue was much busier and crowded. It was held at the Coex’s Starfield Mall.  There was a small area where fans were allowed to be. Even though I got there four hours beforehand, there were no remaining good viewpoints left.

When TVXQ finally arrived, chaos broke out and fans were everywhere trying to get photos of the handsome duo. Yunho dressed in a striped red and black shirt. Simple but cool, while Changmin was dressed like the true rockstar he is. They started with a quick greeting before happily signing albums for 100 lucky winning fans. They thanked fans and mentioned that they enjoyed all the promotional activities for their new album. 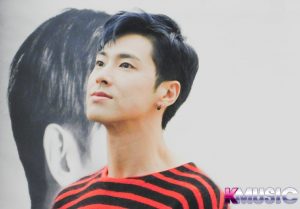 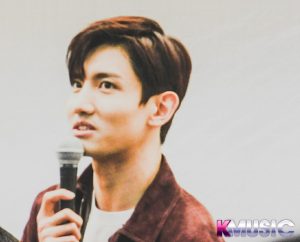 They quickly left the building and are now working towards their concerts ‘Circle‘ to be held May 5th and 6th at Jamsil Stadium in Seoul.