On Friday September 29th, EDM DJ Slushii sold out the first stop of The Out of the Light Tour at the City National Civic in San Jose, California. Joining him as his electric opener was YULTRON, a Los Angeles based artist and producer, who brought the roof down with his energetically hard drops, head-banging beats and overall incredibly impressive set. He mixed the new with the old, paying homage to RnB/Hip Hop and Skrillex, while incorporating his own present-day spin on electric dance music making the night euphoric and unforgettable. Officially Kmusic was incredibly lucky to be able to have the opportunity to interview YULTRON. Hear what he has to say regarding his DJ experiences, possible collaborations and more! 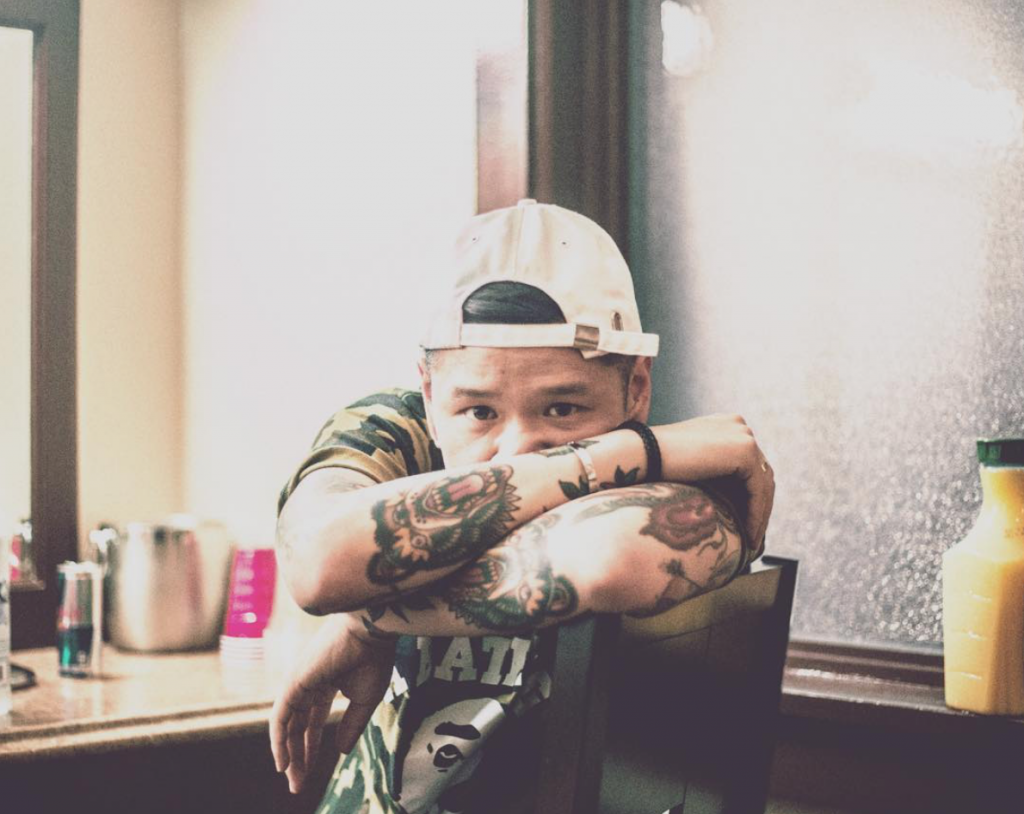 What is the message you would like to send through your music to all of your listeners?

Yultron: “Positivity and lots of love, and to let people know that they’re able to do whatever they want as long as they work really hard and be passionate for it.”

Since you travel quite a lot, what is one of your favorite cities you’ve played in and why?

Yultron: “Besides my hometown, maybe China. I played in China for the first time a month ago, and I’m Chinese. So, being able to play in front of my people for  a festival, like thousands of people, it’s pretty amazing. I think that’s probably the most rewarding show I guess I’ve played. It was a very empowering moment.”

What is it like working with other popular DJs? Jay Park? Cha Cha Malone?

Yultron: “Working with other DJs is cool, just kinda like working with myself, just like friends… Let’s say we work on a collaboration, either I start something or they start something or we start something together in the studio, and then we’ll just take turns. Like I’ll work on something for 10 minutes, 15-20 minutes, 30 minutes, and then they jump on it, work on it, or sometimes I’ll work on something for like a few days, weeks, and then I’ll send it back, and they’ll work on it for awhile and then, just keep going until it’s done. With Jay and Cha Cha, I’ve only done one song with Cha Cha, and that’s me on the vocals, but he produced the beat. We’re just having fun. We just wrote it really quick and recorded it. But with Jay, we- he’s in Korea, so it’s hard for me to work with him, ‘cause I live out here. So I usually send him a beat, and he’ll send me back vocals, and then I’ll mix it, but I have gone to Korea before and worked with him in the studio which is super awesome, ‘cause Jay is one of the most talented people I know and worked super fast. He has an amazing voice. He doesn’t need much tuning or training or telling him what to do. He just does it ‘cause he’s so good… so, completely different aspects of working with Jay and an EDM producer/DJ, but both super fun though.”

Is there a difference between working with Korean artists and American artists?

Yultron: “The language barrier.  I don’t speak Korean, so it’s kinda hard. I guess it’s cool for them I’m bringing something to the table that they’ve never heard before. They’re like ‘oh wow! This is kinda cool, like trap, EDM, whatever,’ but it’s authentic so there’s that, and Koreans are very cultured like there’s a lot of respect, so it’s very traditional still, even though they’re hip and cool, you know. It’s still very traditional in terms of a cultural aspect.”

If you could recommend one track to new listeners, which track would it be?

Yultron: “Probably ‘Stronger.’ My last release, it just came out on Hi-Def Youth, which is Flosstradamus’ label. I sing on it, and I produced the whole thing, and it’s kinda one of those songs where it’s a hard beat, and it’s a trap drop, but I also sing on it too. All the old Yultron fans know that I sing, and they know that I rap and do all that, and I haven’t done that in awhile, so this is the first song where I’m singing on my own and there’s the bass Yultron as well, so it’s all of that combined. This is the first song where it, besides my Kayzo’s ‘Whistle Wars’ remix, represents me as a whole, from when I first started making music until now.”

Any funny incidents that have happened while playing a set or going on tour?

Yultron: “There’s one time I really had to pee when I was playing a set, so I just played a really long song and just ran to the bathroom, and just peed as fast as I could and then ran back… I should’ve peed before I went on.”

What is one thing you can’t live without?

Yultron: “My parents… (Have they supported you throughout your entire career?) No, not my entire career, but now I’ve been doing it for so long and they kinda see money coming in now, and it is actually becoming successful, they’re fully like supportive behind it. I mean, they’ve always been. Any Asian parent is gonna talk some shit if you’re not gonna be a lawyer… They’re all gonna talk some shit, like ‘yeah, why don’t you just go back to law school?’ why don’t you just go back to get your Master’s or whatever?’ But, I think, when they see you put in all your efforts for years and years and you focus on something, what can they say. So they’re happy that I’m happy”

What inspires you to create new music?

Yultron: “Everything. Just living. I think, sometimes I make sad songs because I’m sad. Like some shit will happen to me, and then make something that’s completely not a trap-banger. And some other days I’ll be really motivated and super energetic and I’ll make a dubstep song or a trap song. It just depends. I think living is my inspiration.”

If you were given a time machine, what moment would you go back to?

Yultron: “Probably middle school, elementary school, middle school. More middle school, because that’s when I first started playing guitar, and I should’ve just started a band or made music back then. (What was your first introduction to EDM?) Skrillex, probably. But I never really produced then. I just listened to Skrillex. It wasn’t like I was like ‘yo! I wanna fuckin’ be a DJ or a producer.’ I was like ‘yo this is tight.’”

What can listeners expect from you in the future?

Yultron: “Lots of collabs. So I just signed my single to Flosstradamus’ label, Hi-Def Youth. You can expect an EP to come out on that.  I’m doing my own EP next year, which is on my own label. That’s probably gonna be later on in the year, 2018. Also, H1GHR Music EP. So it’s gonna be featuring like Jay, Hoody, Sik-K – you know more like Korean stuff. But my music in Korean… So I have a lot of stuff coming out, and I also have a song with Snoop Dogg coming out… Snoop Dogg and PKC’s and LE Crazy Boy. It’s coming out in Japan… And that’s where I’m at right now. I’m just doing international stuff, as well as American stuff… (Are there any particular DJs you wanna collab with, like any special EDM artists? Like can we see you at EDC this year?) I’m trying to play at EDC, so hopefully that happens. Knock on wood. I hope I get to play… So hopefully that. Expect to hear something from me and Floss. Me and Slushii too, we’re working on something. I’m working on stuff with a bunch of people. This guy Monks; he’s like a rhythm producer. Me and Monks are working on something. Me and Kayzo have been talking about working together for the longest time. I mean, there’s gonna be so many collabs coming out.

Officially Kmusic would like to thank YULTRON for taking the time to sit down and tell us more about his life. Take a listen to YULTRON’s newest single as well as a collaboration with Jay Park down below, you won’t be disappointed. We wish YULTRON the best in all his future endeavors and we hope our readers will continue to support this hardworking, talented artist. Follow YULTRON on Instagram, Twitter, and Facebook.

Special thanks to JP Wong.