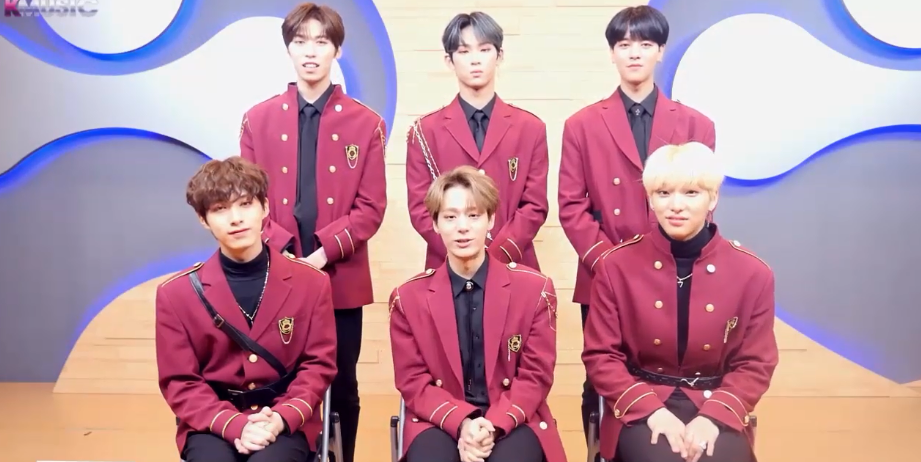 Rookie group ONEUS sat down with Officially Kmusic for an interview! The group recently debuted with mini album ‘Light Us’.

Check out part one of the interview below!

The members firstly took the time to introduce themselves to viewers who may not be familiar with them. The group consists of six members, Ravn, Leedo, Keonhee, Seoho, Hwanwoong and Xion.

ONEUS explained the nature of their name which is the combination of “ONE” and “US” meaning that they are made by fans and together, ONEUS will make one world with their fans.

The group also introduced their debut song ‘Valkyrie‘. They said that their concept is dark and sexy which differs from their pre-debut releases. The boys even got off their seats to show us a short snippet of their old choreography! Keonhee even sang a bit of IU‘s ‘Through the night’ as the members showed off their unique charms!

Seoho courageously mentioned how the group would like to receive an award at the end of this year. The group also talked about their role models within and outside the music industry.

The ONEUS members showed off their rookie like shyness and cuteness through their nervousness! As they warmed up the boys started to joke around so stay tuned for the next part!