Seven O´Clock started their Europe tour on 5th April 2019 and the first stop was in one of the most beautiful cities in Europe – Prague, Czech Republic. Seven O´Clock was the first group to have a kpop concert in Czech this year and they teased the fans prior arriving, making everyone even more excited. The group shared a greeting video via Beyond Ent. for the local fans, speaking in nearly perfect Czech (which is said to be one of the hardest languages to master). This incredibly sweet short video made the fans´ hearts melt and everyone started counting down the days until the group lands in Prague. 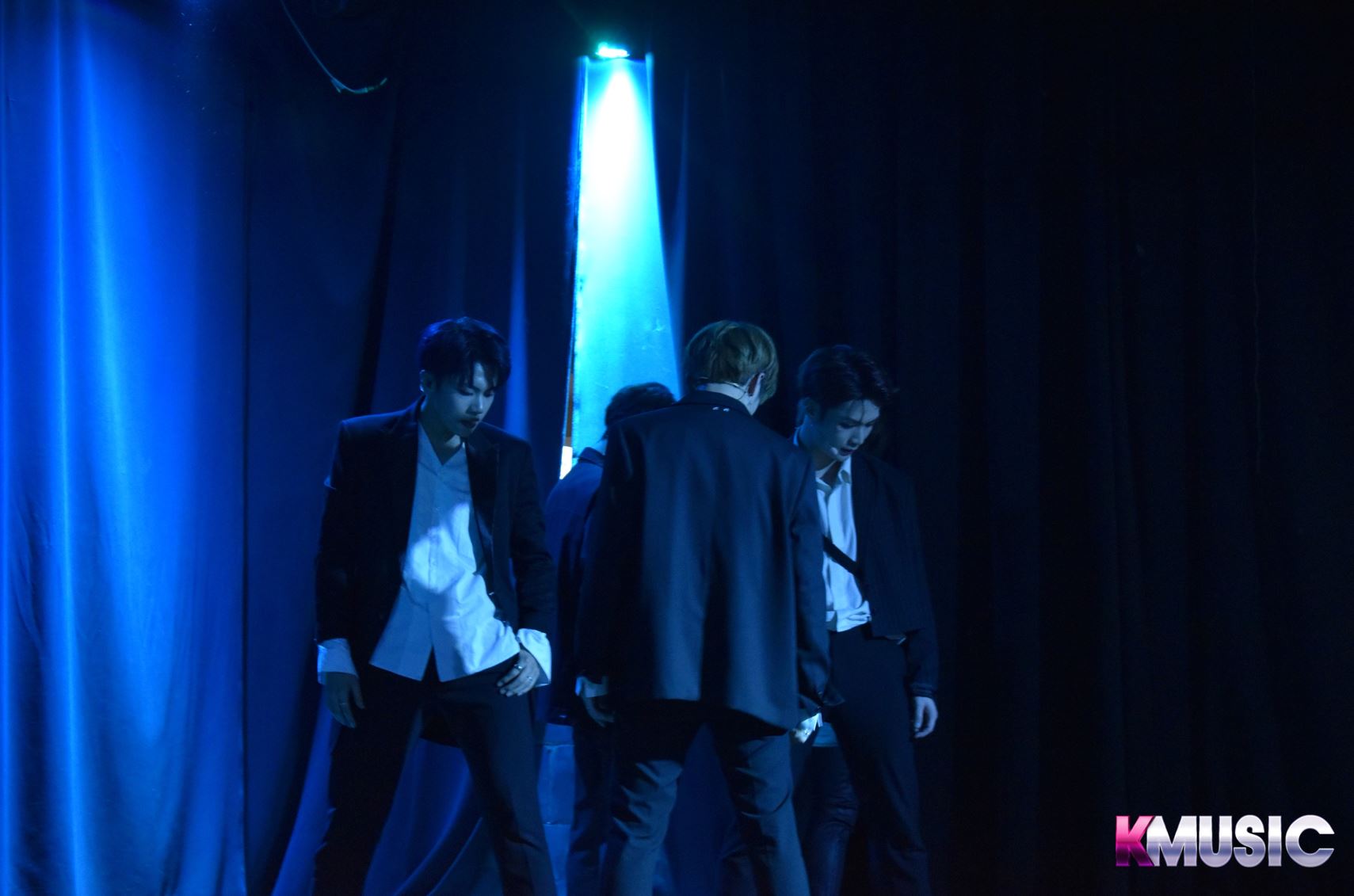 The concert took place at the venue Nova Chmelnice, a very familiar place to local fans already, and even though the beginning was slightly delayed the fans chatted happily in front of the building. Once they were let inside, the hi-touch, meet and greet and group photo events took place in the hall. Many fans could not believe they are finally seeing the boys with their own eyes and some were even spotted crying in happiness when leaving the venue for a short break. Words of excitement, love and absolute dream-come-true were shared among the fans through the night and we can only agree with them. This night was truly spectacular!

We would like to share with you three main reasons why this concert is going to be remembered for a very very long time. 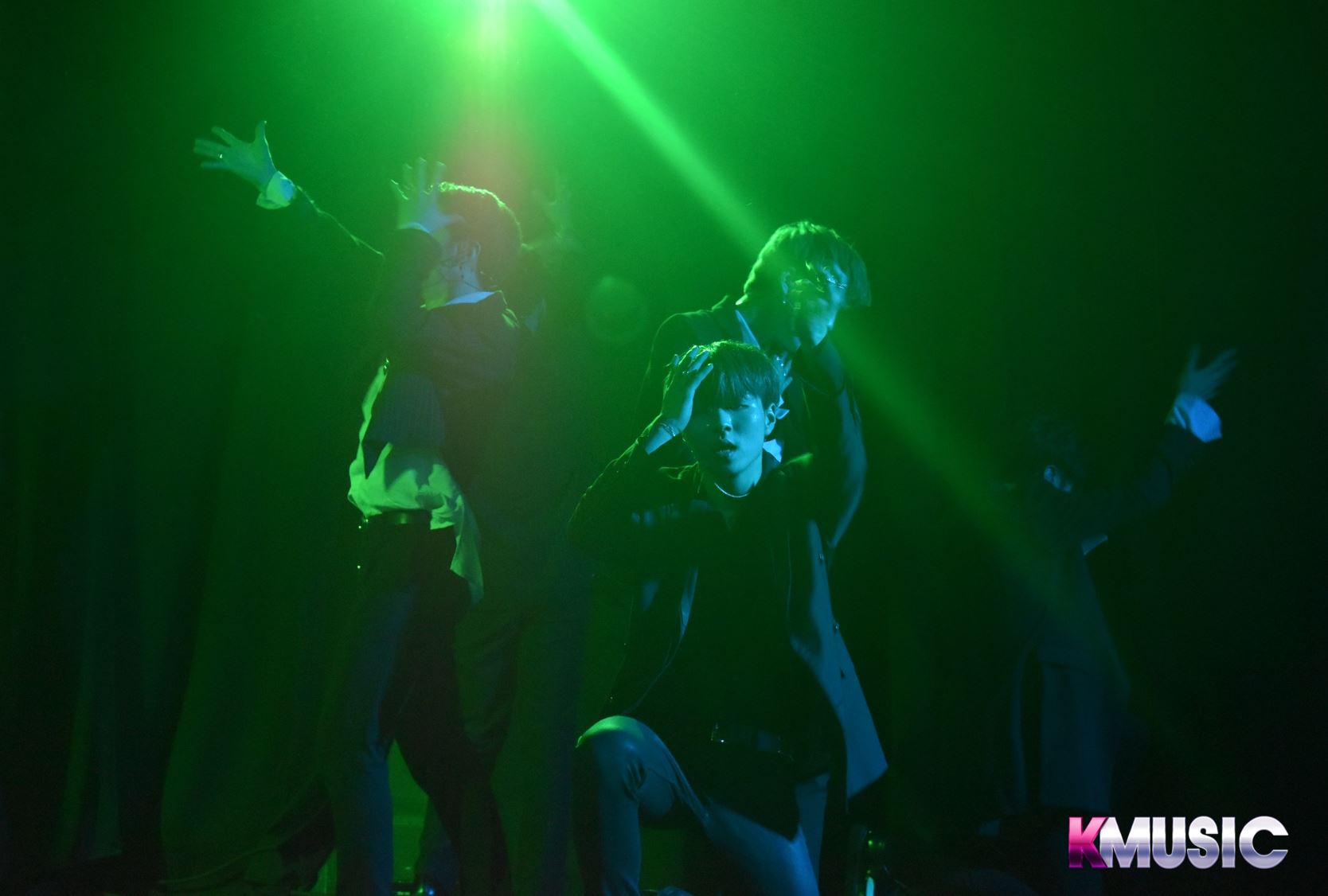 You are not dreaming, we are truly here

Not only those who purchased the ticket for the hi-touch and other ad-hoc events were granted some interactions with the group. Each of the members made sure to look at the fans, send them hearts, hold their hands or squat down and take their phones to make a few shots on stage. When fans screamed their messages to the stage, the boys quickly reacted and happily answered. There was also a small performance break during which the group appeared on stage, sitting down and giving the fans chance to take photos of them. They took fans´ requests to make specific poses for them and looked in all directions for everyone to take a good photo.

During one of the MENTs Seven O´Clock members asked the fans who their favorite girl group is and fans replied with a very wide variety of group names. When hearing a group name, the guys shortly performed part of that girl group´s song. The fans soon realized the group is taking their requests and they started requesting sexier dances originally performed by girl groups.

It was near the end of the concert, where the members appeared on the stage, very apparently wearing two shirts at once. The top layer shirt was a white one with signatures of all the members and during the next performance they guys took these shirts off and threw them into the crowds.

After the concert it was time for the selfie event and the fans were sharing words of appraisal for the group among themselves once they exit the venue. It was one of the best shows Czech has seen when it came to the dose of cuteness, sexiness and kindness at one place. Seven O´Clock members had the friendliest approach towards the fans and did their best to interact with everyone. 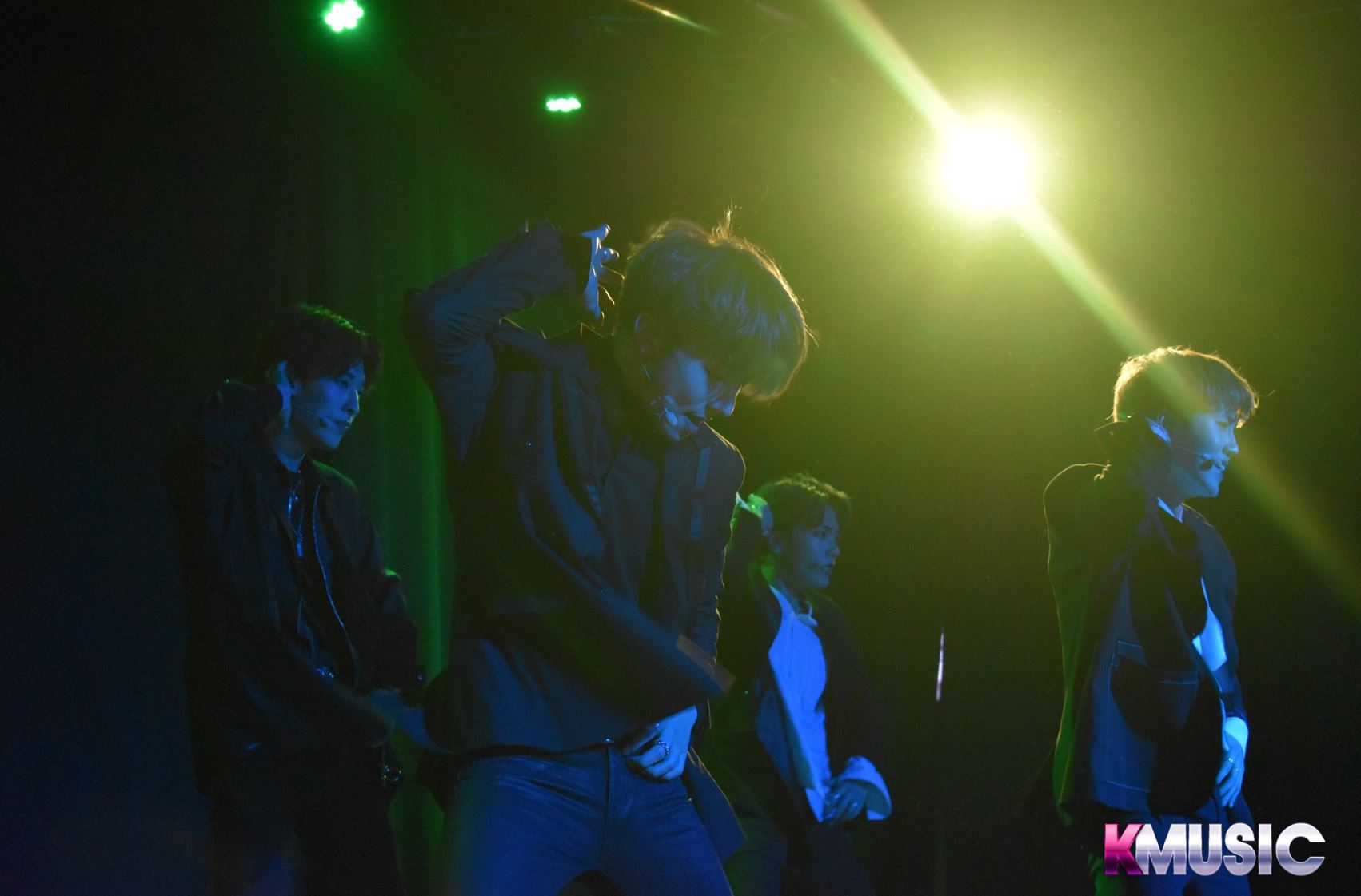 Are you ready for more?

Seven O´Clock performed several covers during the whole concert and took the fans´ breath away with all of them. First was luring EXO´s “The Eve” performed by Taeyoung and Jeonggyu, then Hangyeom joined them to perform a very sexy song “Jealousy” by Monsta X followed up by “Shoot out” by the same group. The fans were chanting hard for the boys, not believing their eyes as the Seven O´Clock members performed the songs with confidence and what´s more – in perfect harmony and without a glitch. Instead of giving the trio a well-deserved applause the fans´ screams filled the whole building to show their support and hearts filled to the brim with thrill. But that was not enough. Seven O´Clock had more in the stock.

Upon hearing the first few notes, everyone knew what cover was to come next – BTS´s “Fake love“. The whole group of Seven O´Clock joined the stage for this performance and sent shivers down our spines with the splendid cover performance.

When we thought they cannot surprise us more with their talents, Hyun and Jeonggyu sung a cover of Bruno Mars, leaving half of the venue in tears. Hangyeom, later on, performed a solo stage which made the air much hotter. While 2soul and Andy raised the hot fog with 2NE1´s “I don´t care“.

The group also performed their most loved songs such as “Nothing better“, “Searchlight“, “Get away“, “Echo” and many many more. And fans were amazed by their powerful spirits and amazing voices!

This all being said, the group not only showcased their own songs, but also mastered songs by other artists, showing everyone their different colors and talents. Be it songs in Korean or English, cheerful songs or heavily seductive ones, they were the kings that night in everything! 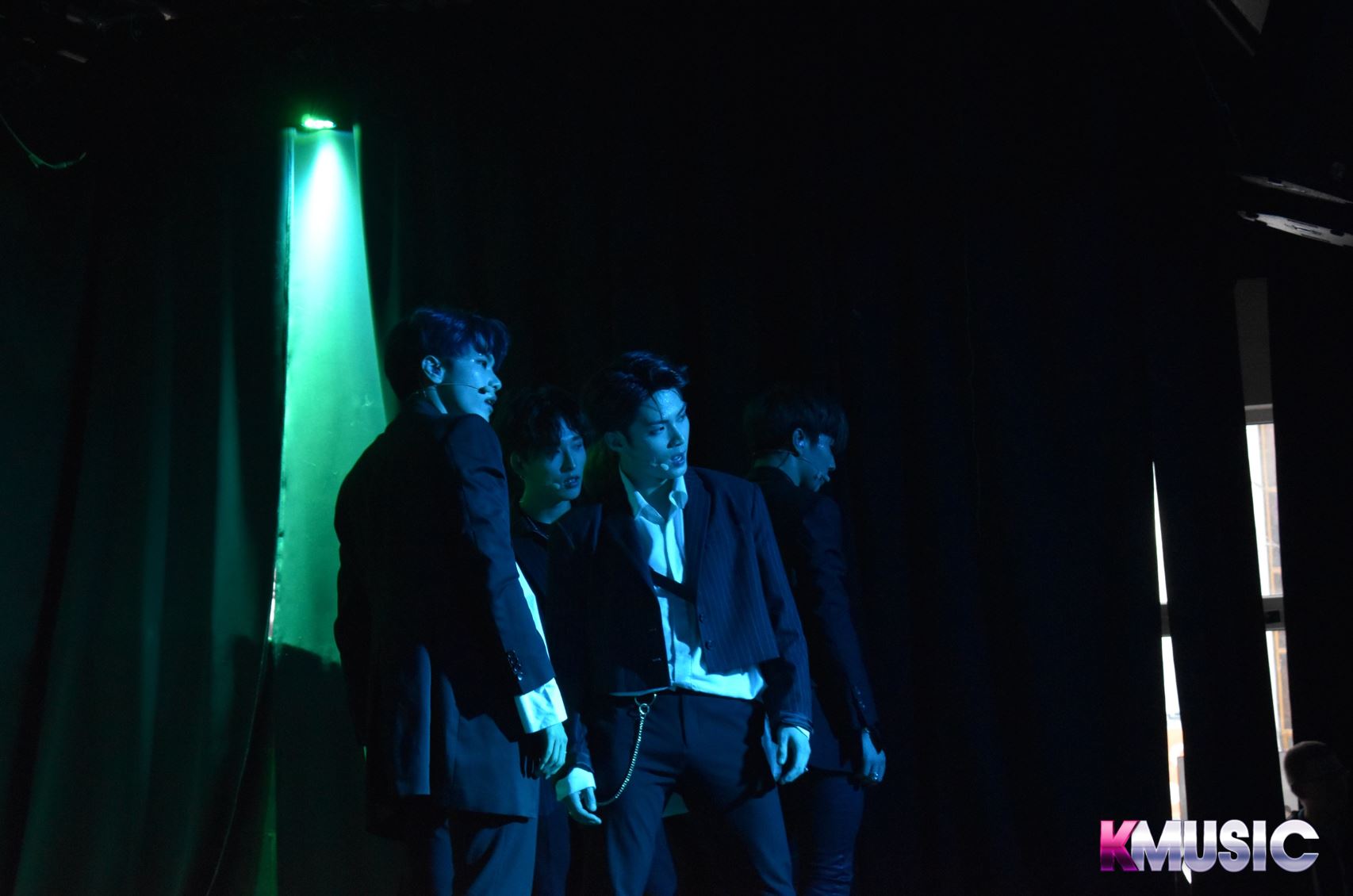 Seven O´Clock debuted only a few years back, but we had a feeling a music veterans are performing that night. The boys danced in perfect sync and enjoyed the stage as much as the fans did. The songs they performed were touching, heating up the atmosphere as well as keeping us wide awake with the punch of surprise. Set list was very well-done and the MENTs were funny as well as interesting.

The members interacted with the fans well and the atmosphere was so friendly it felt more like a group meeting with friends rather than a concert itself. The hall was not sold out, so maybe the more intimate atmosphere added to the uniqueness of the night.

As with every concert, there were some technical problems as well as the stage elevation which might give one a rough time. But Seven O´clock stood still with their smiles and added ad-libs to ease the situation and to not let the fans wait any longer.

Overall, the way the group presented themselves and their music was very professional, open-minded and fan-oriented. Everyone was leaving the venue in happiness and with resolution to support the group even more. 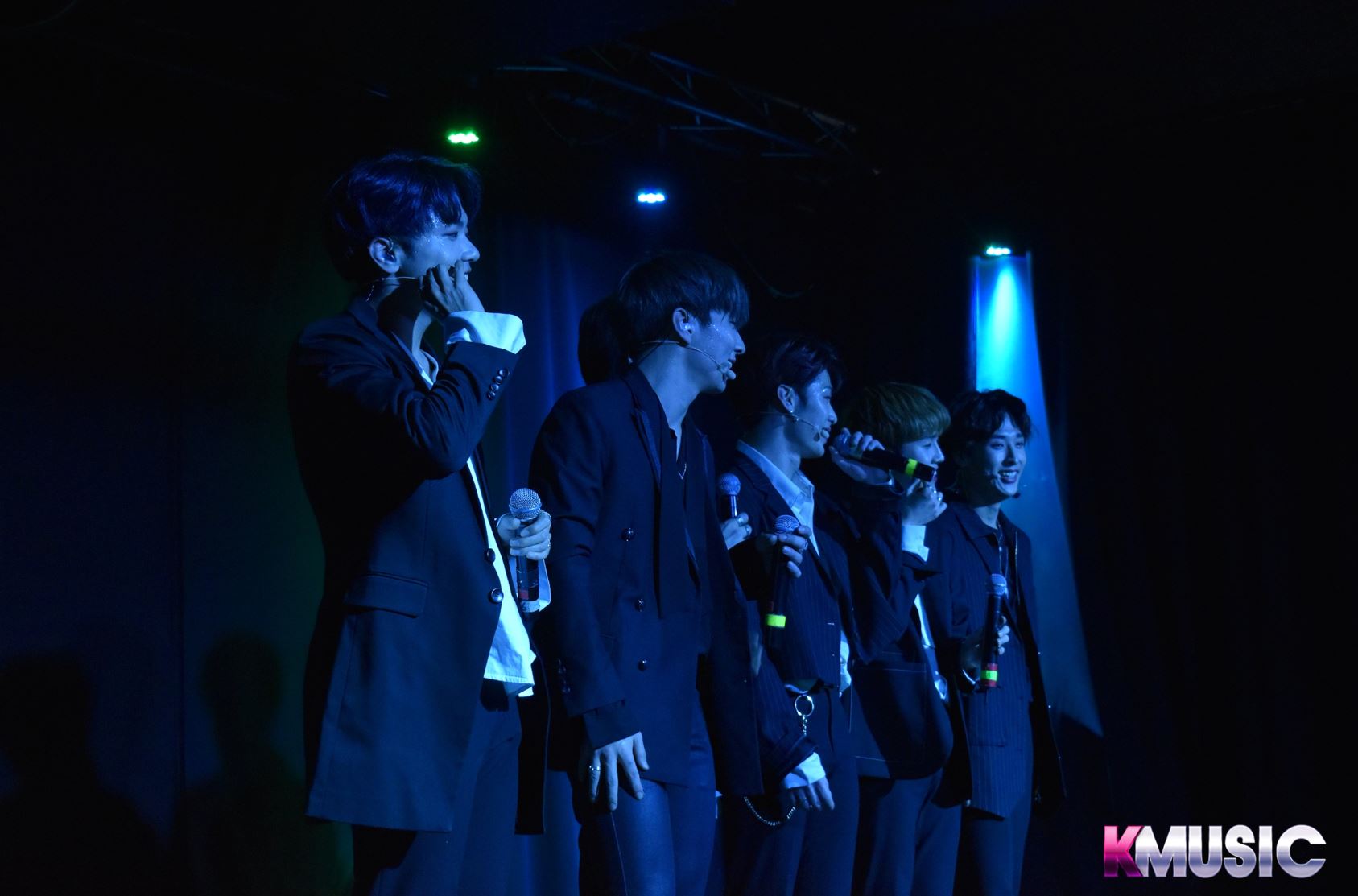 We wish the group a great European tour and thank Beyond Ent. for decided to bring Seven O´Clock to Europe despite the low number of sold tickets. It was an amazing night and we hope to see the boys in Europe again.

We also had the chance to sit down with the group before their departure from Korea and you can watch the interview on our webpage.