Saturday 27th of August, Melbourne Carats were lucky enough to welcome SEVENTEEN to Australia for their Asia Pacific Tour titled “Shining Diamonds”. It was the first time the boys would ever be setting foot on Australian soil and everyone was excited to see what they would bring to the stage.

SEVENTEEN started the show with an amazing and powerful performance of their song ‘Shining Diamond’ showcasing their vocal talents live. They came out in red suits with gold detailing to match their bold and energetic choreography.

Following on from this, the boys had their individual introductions. Fluent in five languages, member Joshua was able to act as their MC and helped translate the members’ introductions. The members each emphasised how excited they were to finally see their Australian Carats, with the exception of Joshua who couldn’t wait to see some kangaroos in person. This was met with complaints from the other members who only had their beloved fans on their minds. 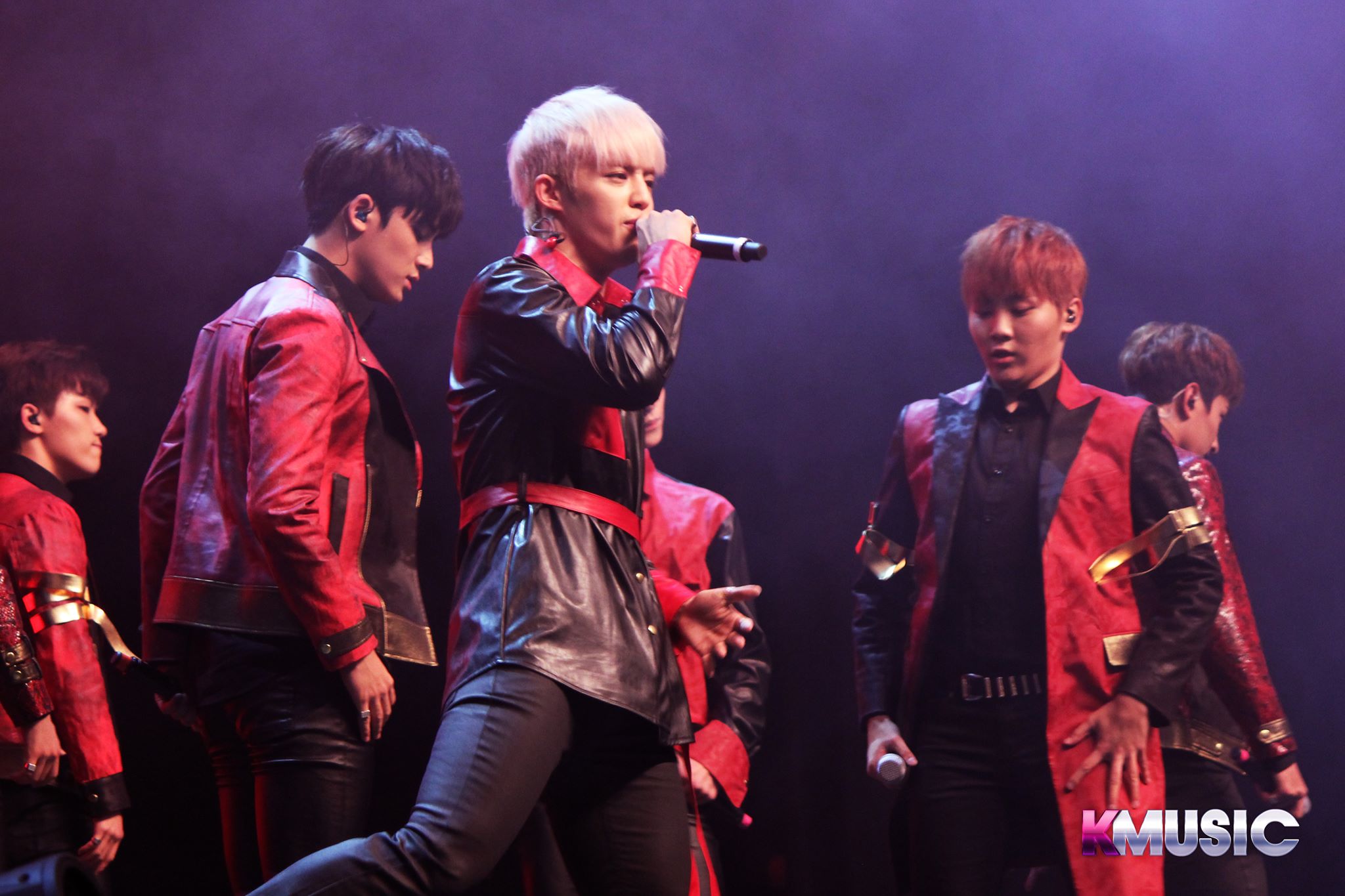 Immediately after the introductions, they quickly shifted from their playfulness to a more serious and charismatic performance of ‘Rock’ followed by ‘엄치척 (Chuck)“ where Vernon was able to showcase his impressive rap skills. Seungkwan also stunned the audience with his incredible vocal talent, causing the crowd to go wild.

SEVENTEEN then slowed things down by getting a little more personal with fans by answering some of the questions and dares that fans had an opportunity to write before the show had started. Joshua returned to his MC role from earlier with the assistance from a translator. The boys had a whiteboard filled with colourful sticky notes to choose from. They varied from Jeonghan having to battle members in an arm wrestling challenge (which resulted in him losing to Leader S.Coups), Jun being asked to Chinese songs, to Vernon and The8 having a chicken fight on stage.

Leader S.Coups was asked to dance a girl dance, which resulted with everyone joining in to dance girl group I.O.I’s song ‘Dream Girls’, causing much laughter and cheers from the fans with their perfect cover of the dance.

It wouldn’t be an Australian tour without someone having to imitate one of our wonderful native animals and Hoshi had the honor of being the tree for sleepy koala Joshua. 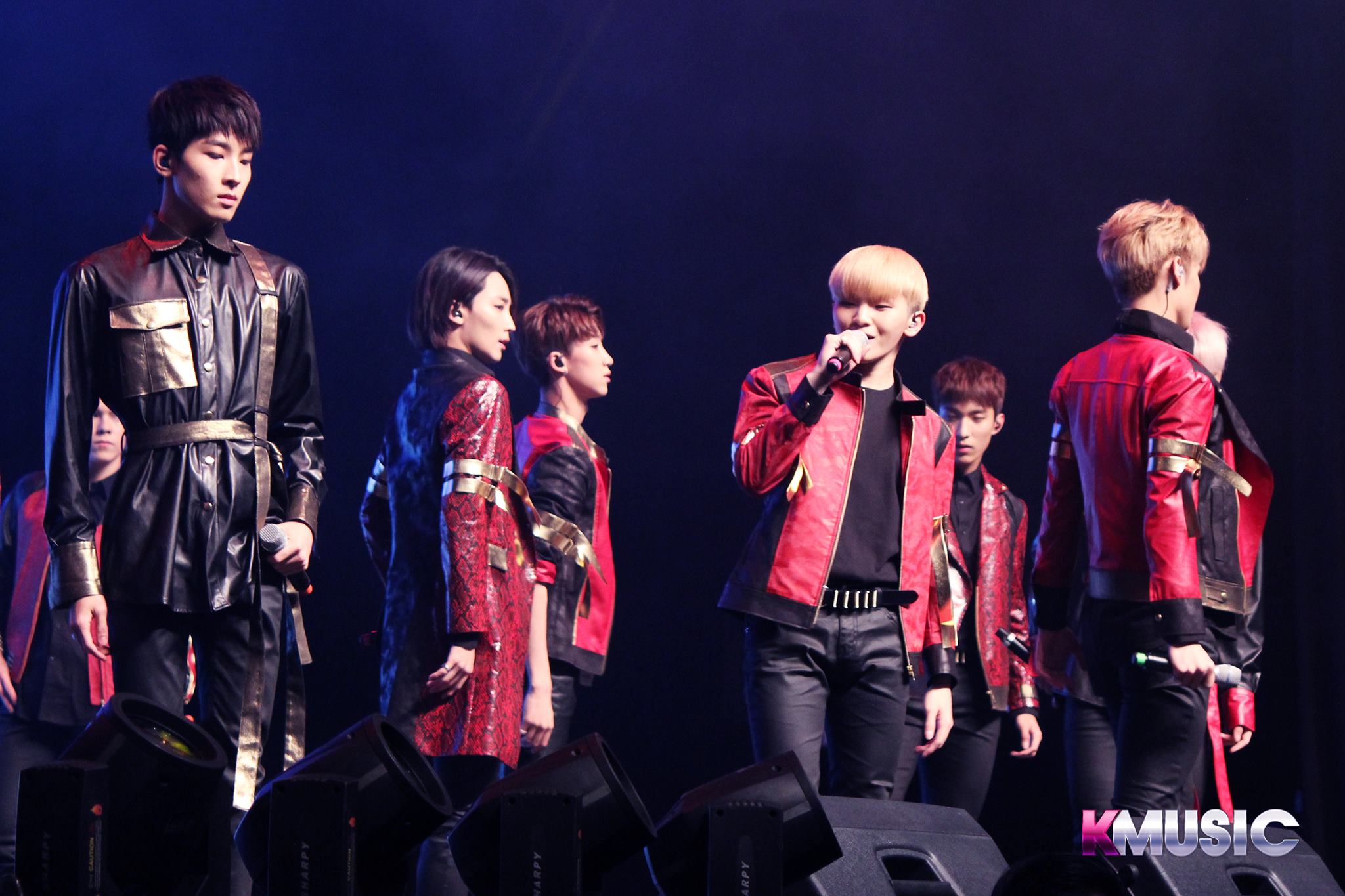 Soon after, the members showcased their versatility by singing their more mellow songs ‘유행가 (Popular Song)’ and ‘Drift Away’.  Then only members Vernon, Woozi and S.Coups were left on stage and performed ‘Q&A’ – a collaboration they had previously released with Ailee. Each performance had the fans swaying and singing along while beautifully shining their light sticks in the dark concert hall.

With the members leaving the stage, fans were shown the VCR of ‘Pretty U’ which had everyone on the edge of their seats wondering what they had to offer for the rest of the night.

They returned back on stage with a new outfit, looking suave and mature in white suits with exception of Woozi and D.K who wore black suit jackets instead. With the costume change came the change of pace with a performance of ‘아낀다 (Adore U)’, showering the stage with golden confetti.

MC Joshua was back on again, introducing another fan-talk segment with a game of charades. He also noted to everyone that it was his first time MC-ing and that the MC’s would change with each country they visited. Despite his nerves, he did an amazing job with his fluent English and quirky personality. 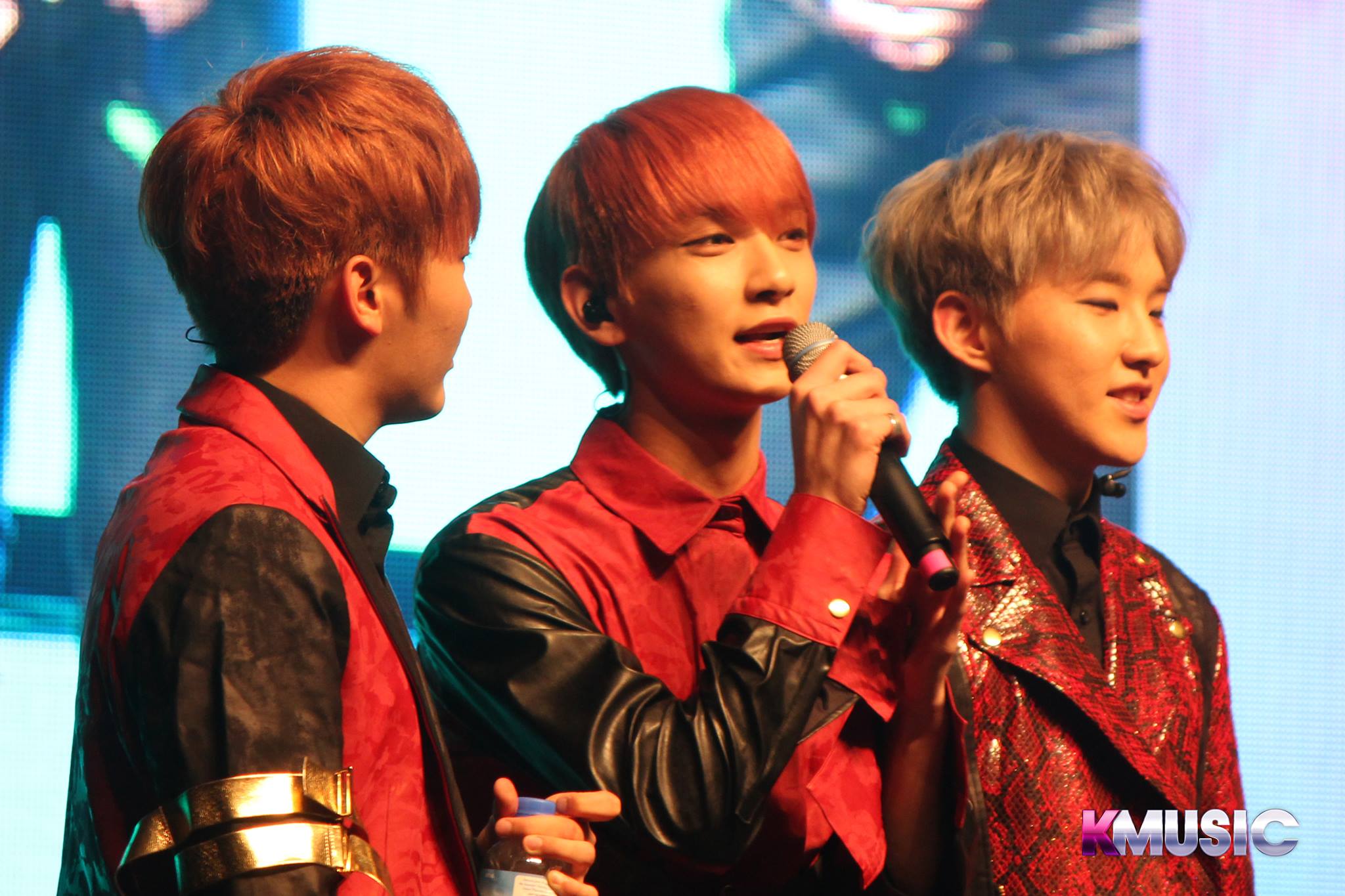 After three rounds of charades – and Jeonghan having to imitate Pikachu and Squirtle to keep their score – the vocal team had won yet again. This time however, the hip-hop and performance team were tied. During the tie breaker, Dino had answered the question quicker, securing them second place and leading to the hip-hop team’s loss.

With that, the hip-hop team were subjected to punishments drawn from a bucket ranging from Wonwoo doing a sexy dance to George Michael’s ‘Careless Whisper’ to leader S.Coups being tickled for 10 seconds with water in his mouth. But what really impressed everyone was Mingyu having to do IU’s 3-octave challenge, which he then stumbled around after saying he thought he was going to ‘die’.

MC Joshua then said his good-byes as the boys began performing the final stretch of the show with “만세 (Mansae)”, before bringing out a couch for “예쁘다 (Pretty U)”. Then revealing the suspenders underneath their jackets, the boys performed their latest song “아주 Nice” with as much enthusiasm as when they had started.

As the show seemed to have ended and fans shouted for more, a video recording of how hard the boys had worked to prepare since their debut began to play. The blood, sweat and tears were all worth it when they then showed footage of SEVENTEEN winning their first music award on Show Champion.

The boys could not ignore their Carats’ cheers and came back in with cute matching striped shirts and performed two last songs ‘Healing’ and ‘Love Letter’  while throwing signed balls towards the audience.  SEVENTEEN had everyone on their feet wishing that the show would not have to come to an end. But sadly, as they all came together for their final greeting, the boys said their thank you’s and made promises that they would come back one day to perform together once more for their Australian fans. 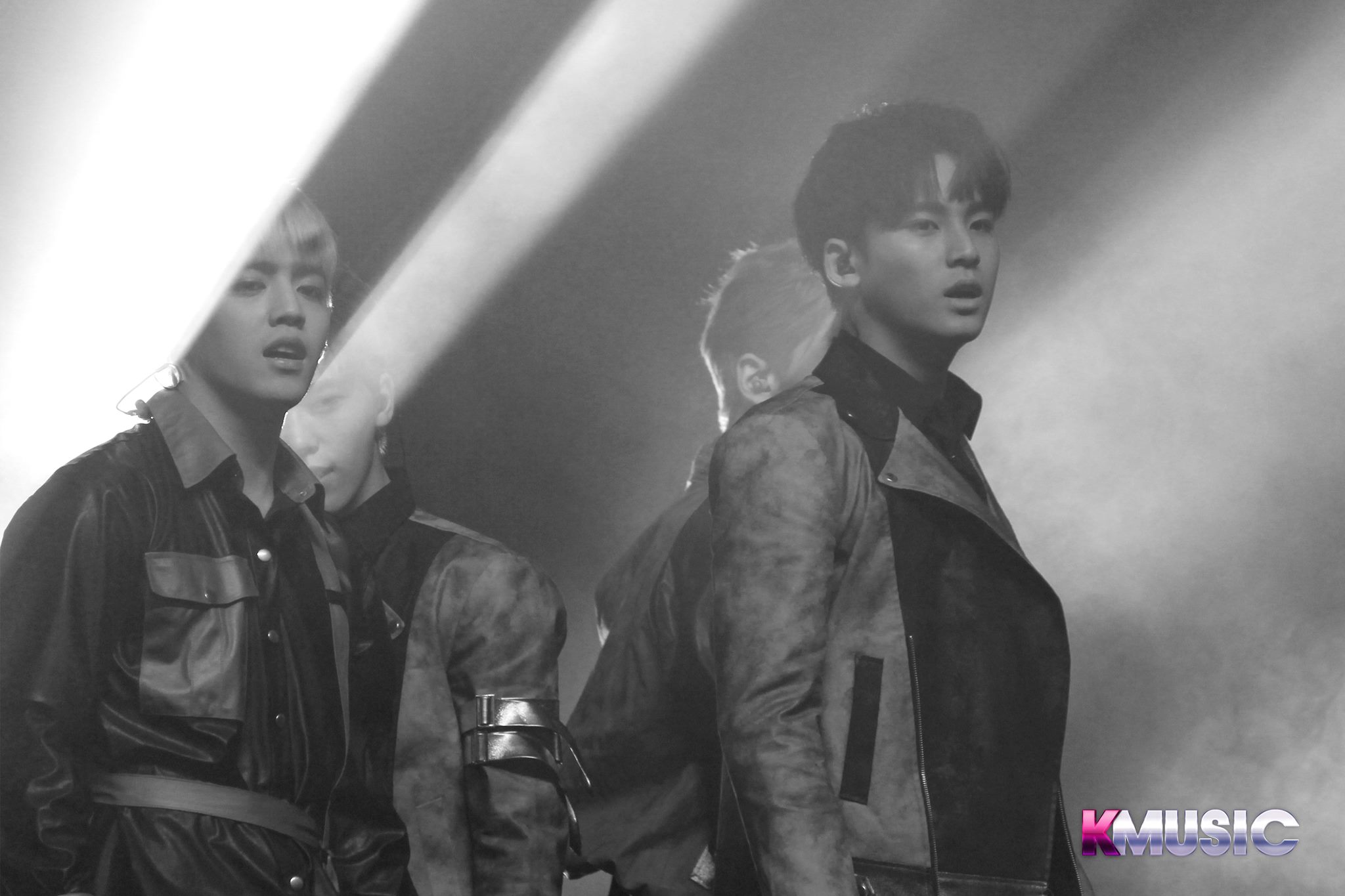