The Press conference of the Dream K-Pop Fantasy Concert was held at Manila Hotel on January 18th.

Groups that were present during the press conference were U-Kiss, Tahiti and Infinite.

During the interview of Tahiti, Ari showed her flexibility to the public by bending her body backwards that both her hands touched the floor. The people at the presscon were amazed on how flexible her body is.

Check out the two photos below that show how flexible Ari is! 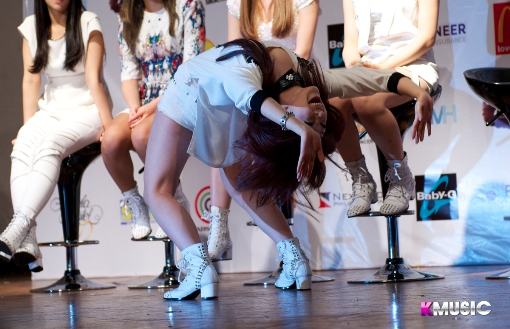 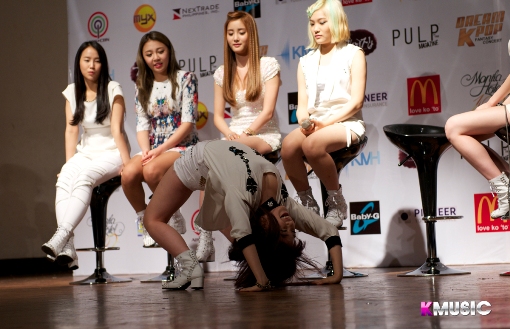