Melbourne was one of the last few stops on Sik-K‘s ‘FL1P World Tour‘ this year after performing in Europe and North America! He performed at Prince Bandroom on April 26th along with HAON, his labelmate from H1GHR MUSIC. In such an intimate setting, this particular show was definitely a night to remember for any fan attending. Below are our top five most memorable and mind-blowing moments from the concert.

Throughout the entire night, the crowd energy was high. Even when DJ SMMT was performing his set prior to the main act, people were already jamming out to the music. 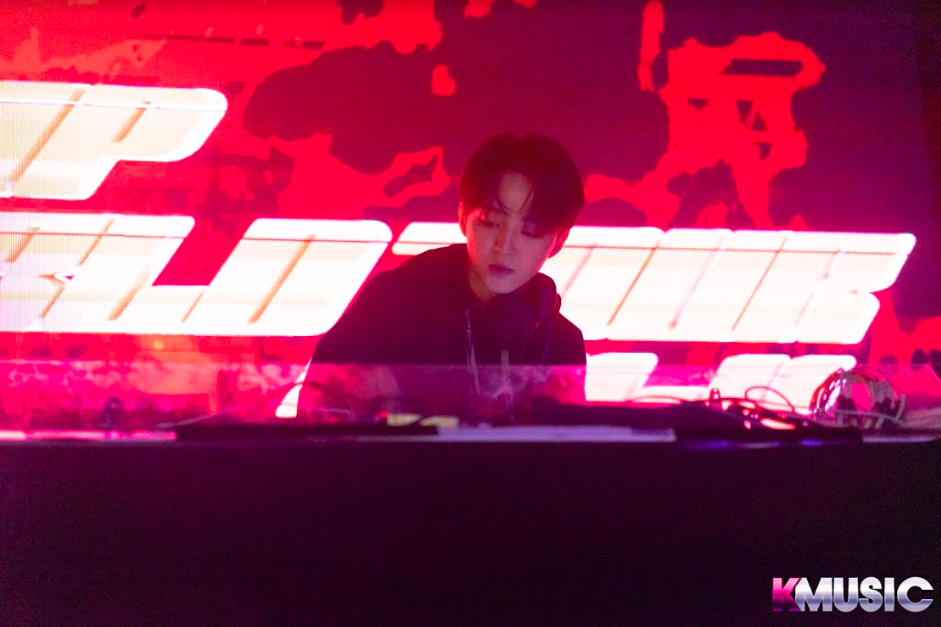 As soon as Sik-K stepped onto the stage, everyone was ready for what would be an amazing night. Not only was the concert sold out, the venue was also equipped with many disco balls which enhanced the groovy atmosphere. The first two songs of the night were ‘Outta My Head‘ and ‘NOIZY‘. Audience members were already singing along with Sik-K and jumping up and down as he walked across the stage. Fans continued to cheer him on during his introductory speech, in which he talked about touching down in Melbourne recently.

Sik-K continued his concert with performances of hit songs like ‘Rendezvous‘, ‘Habibi‘, ‘XYZ‘ and ‘Mi Casa Es Tu Casa‘. During these songs, fans were singing back and forth with the soloist. ‘Habibi‘ in particular had sexy vibes that had the crowd screaming. Sik-K even blessed fans by singing ‘Xanax‘, a song that he explained was very special to him. He then performed ‘Addict‘ and ‘Fire‘. 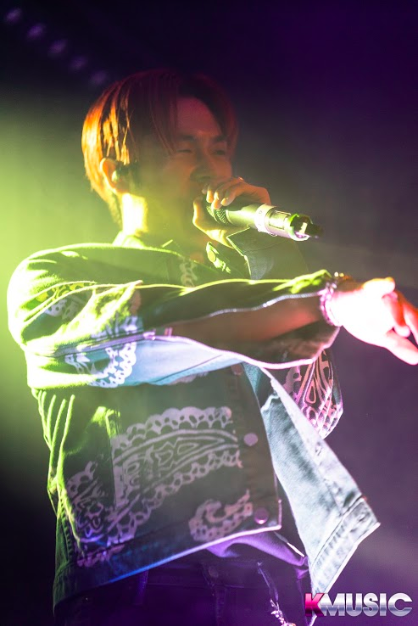 The energy of the crowd retained at a high throughout the whole concert. Especially during Sik-K‘s performance of ‘19 Cayenne Freestyle‘, the crowd even got more hyped to match the energy of the song. His fast-speed rapping style was met with screams from the audience. When he performed ‘Iffy‘ and ‘Party (Shut Down)‘, which are some of his hit songs, the crowd sang the lyrics along with Sik-K. This was also true when he sang and rapped ‘Skip and Kiss’, ‘Alcohol‘ and ‘Yellows Gang‘ during the encore.

Previously, Sik-K had posted on his SNS that one of his labelmates from H1GHR MUSIC would be joining him at different locations on his world tour. For Melbourne, HAON was the special guest.

HAON performed some of his recent hits like ‘Noah‘, ‘Flower‘ and ‘WHATCHUWANT‘. He said that he got dizzy from the crowd’s energy during his performances, but that certainly did not stop him from putting on an amazing stage. HAON continued to impress the crowd when he performed some of his hits from ‘High School Rapper 2‘, including ‘Bar Code‘ and later on ‘Boong-Boong‘ with Sik-K himself. The crowd sang along with HAON during these performances. HAON soon introduced Sik-K back on stage after his set was done. 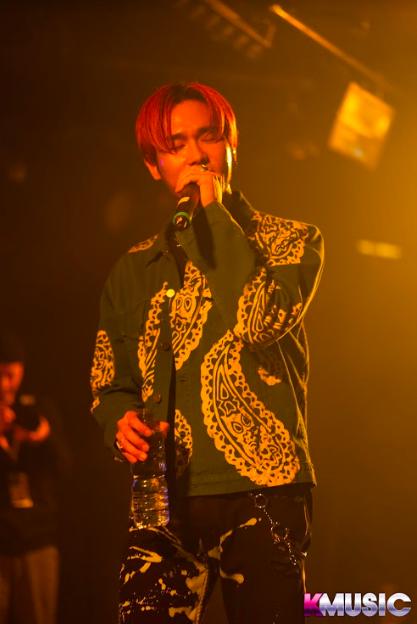 Since Sik-K was a contestant on ‘Show Me the Money 4‘, it is no surprise that he is an extraordinary rapper. He definitely displayed his jaw-dropping rap skills to his fans in Melbourne on this world tour. Even when he was dripping in sweat, he continued to put in all his effort to perform amazing stages for his fans. Sik-K didn’t even take a breath when he was rapping, particularly during his impressive verses in ‘19 Cayenne Freestyle‘.

HAON also showcased his amazing skills at the concert. As a contestant on ‘High School Rapper 2‘, he definitely knows his beats and rhythm. Every time either Sik-K or HAON were particularly impressive, the audience acknowledged it by cheering them on loudly.

Sik-K‘s fan interactions were probably some of the most entertaining moments to witness during the concert. Because of the intimate setting, Sik-K was able to get close to the crowd, much to fans’ delights. He not only interacted with the crowd by conversing with them both in Korean and English, but he even held up fans’ banners and took a lucky fan’s phone to film himself at one point. 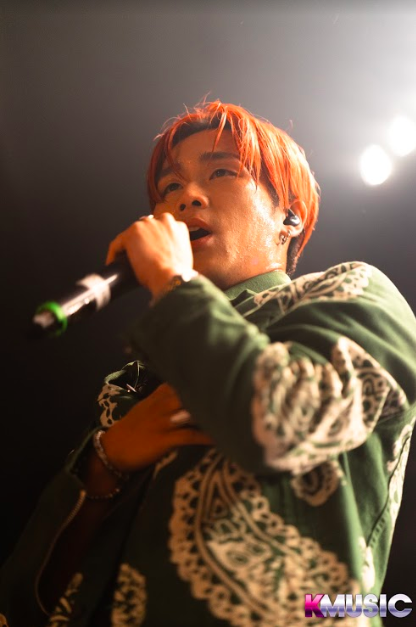 A fan even threw her underwear onto stage which Sik-K caught, making the rest of the audience burst into laughter. Since Sik-K had previously taken off his shirt at previous concerts on this world tour, many fans yelled for him to do the same at this concert. Sik-K teased the crowd back, but he finally complied and took off his shirt during the encore, showing off his fit body. This was definitely a memorable moment during the concert.

5. The contrast between chill and energetic performances

Even though a lot of Sik-K‘s songs are very energetic and fast-paced, he does have his fair share of chill and more relaxing songs. The contrast between these two types of music was evident at the concert. During his performances of his more chill songs like ‘Love Aches‘, ‘Vanessa‘, ‘Ring Ring‘ and ‘Too Many‘, the crowd continued to sing along but swayed to the beat. This is contrary to when he performed his more hyped songs, in which fans were jumping up and down and grooving to the music. Sik-K was able to move the audience with these two distinct types of music and performances. 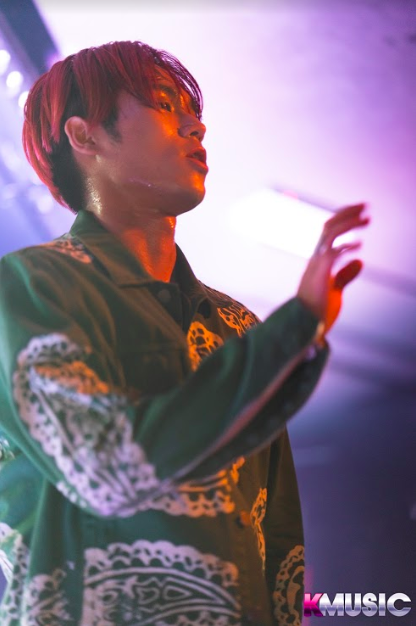 Sik-K‘s concert featuring HAON was definitely mind-blowing. Their jaw-dropping rap performances that were both chill but also energetic kept the crowd on their toes as they continued to sing along and dance the night away. There is no doubt that anyone attending had an amazing time at the ‘FL1P World Tour‘ in Melbourne.

We want to thank Adapt Production Group for giving the Officially Kmusic team the opportunity to cover this event.

How did you enjoy Sik-K‘s ‘FL1P World Tour‘ concert in Melbourne featuring HAON? Would you like to see them again? Let us know in the comments below.