On May 10th, Yiruma launched his 2019 ‘Frame‘ Australia tour in Melbourne at the Plenary Hall in Melbourne Exhibition and Convention Centre. It was his second concert in Melbourne, but this time he played to an audience of around 3800 people. Below are the six most enjoyable aspects from his concert.

Yiruma is known for his masterpieces which he performed beautifully at the concert. He combined many of his songs and improvised the performances on the spot, such as ‘Love Me‘ and ‘Fairytale‘ from ‘The Secret Garden‘ OST, as well as ‘Dance‘ and ‘Heart‘. Some of his songs were performed in a concert version, like ‘Maybe‘ and ‘Love‘ from his album ‘First Love‘. He played differently from recordings in an improvised way. Likewise, he performed ‘Blind Improvisation‘ combined with ‘Destiny of Love‘ from his Japanese album. Performing a combination of songs makes the listening experience even more unique for the audience.

For some of his songs, a violinist and cellist accompanied him. This definitely enhanced and heightened the emotions conveyed through his music. The first song performed with the violinist was ‘Passing By‘. When performing on just the piano online, the song was jovial, but when the violinist chimed in, it became more emotional. He ended the first half of his concert by performing ‘Kiss the Rain‘, one of his top hits.

Yiruma also performed ‘Serenade‘, ‘Blind Film‘, ‘Flower‘, ‘Autumn Finds Winter‘ and ‘Indigo‘. The audience definitely found his music relaxing. He performed his most famous piece ‘River Flows in You‘ with the violinist and cellist, so this performance was even more spectacular.

When bidding farewell to the audience, Yiruma said he would definitely remember his Melbourne audience, and he hoped that we would remember him too. He told the audience to keep going and continue to strive on. However, Yiruma came back out for an encore after saying goodbye to the audience. He played a trio version of ‘Reminiscent‘ and a different variations of the last song at different tempos. 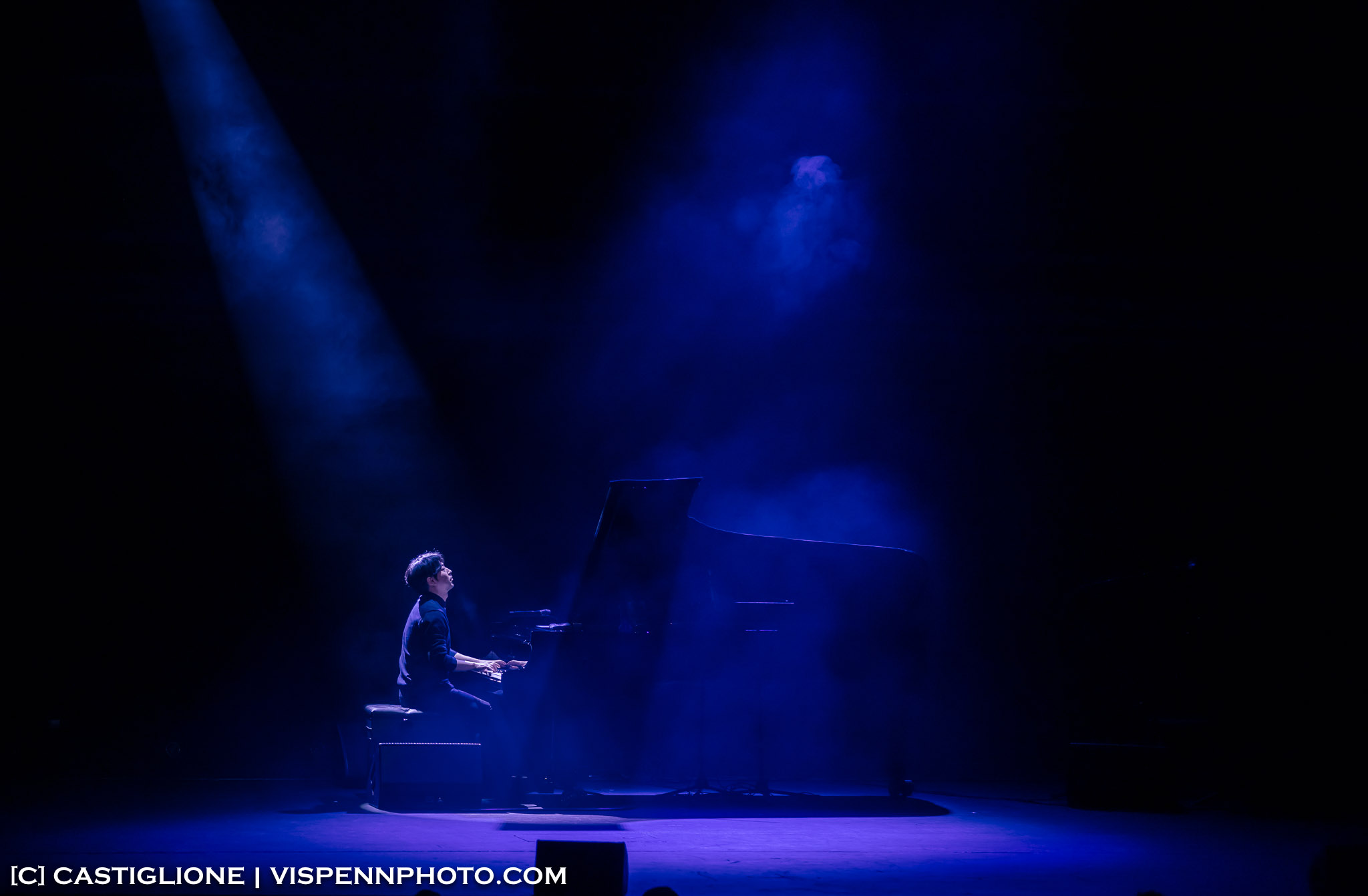 Before almost every song, Yiruma would tell the audience about the song and what inspired him to compose it. This provided good insight to the audience as they could see the thought processes behind his music. Below are some examples of what his music is about:

‘Love Me‘: Yiruma acknowledged that this song has a corny title and it is about wanting to be loved by someone. It was written in his early 20s.

‘Dance‘ and ‘Heart‘: These two songs are from the album ‘Piano‘ and, matching the theme of the album, are about the sounds of nature.

‘Blind Improvisation‘: Yiruma improvised the music at the studio, hence the title.

‘Serenade‘: This is a tribute to people who are not with us anymore. Yiruma said he sees tragic news everyday of innocent people suffering or losing their lives. The only thing he could do is write music, so this is his intention behind the composition of this song. Yiruma put in his thoughts to heal people with this song. He explained that the definition of “serenade” is “small night music“, which was also perfect for this evening.

‘Kiss the Rain‘: This song reminds Yiruma of his first memory of touching the piano. It also matched the rainy weather of Melbourne outside on this night. He composed this when he was very young. Rain is a symbol of prosperity, which is one interpretation of the song.

‘Blind Film‘: When you close your eyes, you can imagine and see more things. This is how Yiruma wrote this song.

‘Moonlight‘: This song was written for his 12 year-old daughter, who named the song when he played it for her the first time.

Yiruma also talked about his albums and his inspiration for them. His album ‘Piano‘, which means soft in a musical context, is dedicated to the beautiful island of Jeju and about the nature of South Korea.

The different chords and arrangements of Yiruma‘s music conveyed a variety of emotions to the audience. His music was calm but emotional.

Since this tour is called ‘Frame‘, Yiruma told the audience to imagine being in a frame. He addressed the audience to think about past memories when listening to his music. His calming music definitely helped to facilitate this thought process as the emotions conveyed through his music could be linked to past feelings in the audience’s perspective. Like he says at all his concerts, he calls his concerts “memory trips“. 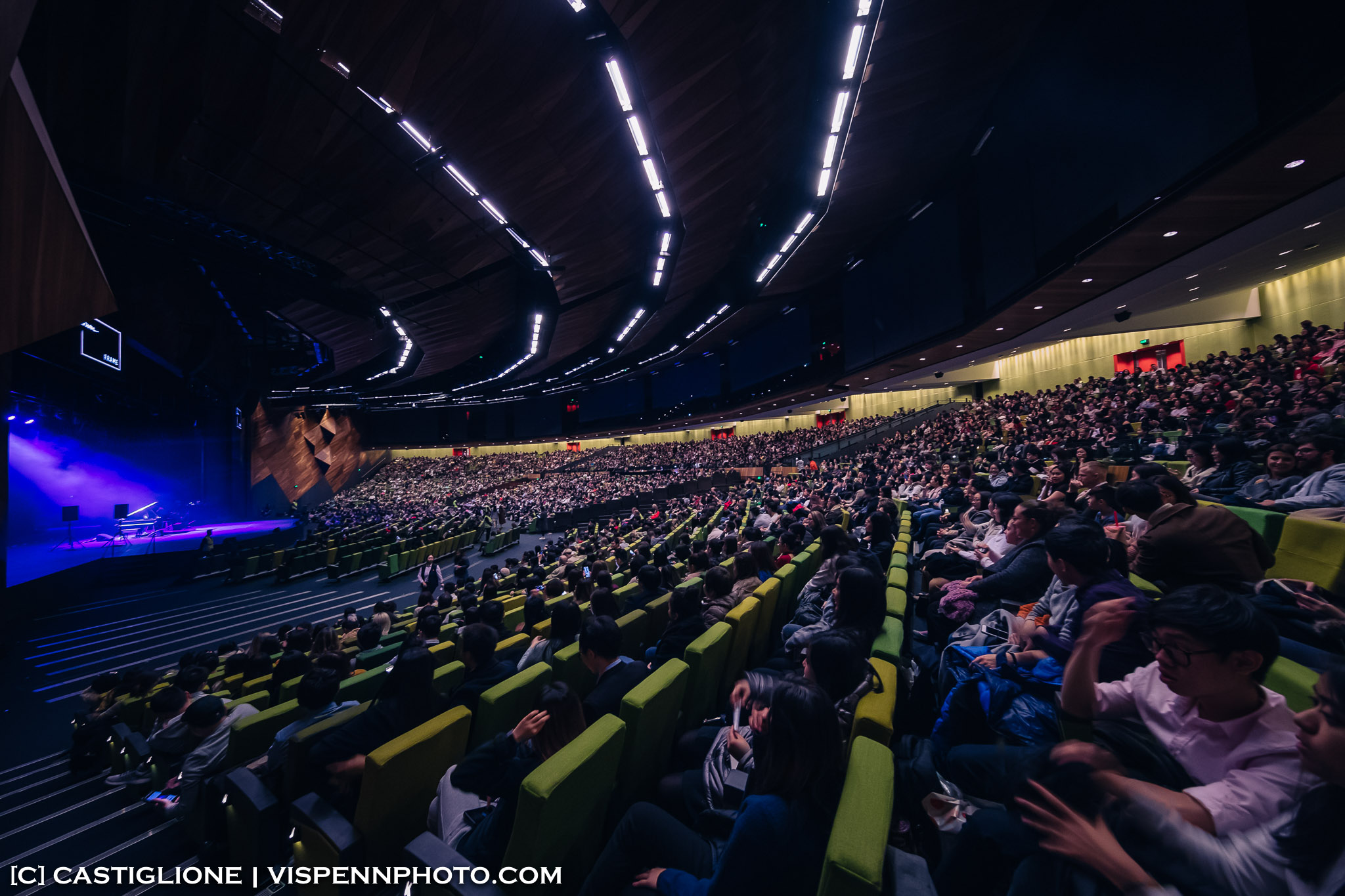 Even though the venue was quite big, fitting almost 4000 people in the hall, the atmosphere was quite classy. People were dressed up in blazers, jackets and dresses while they sat on comfortable cushioned seats.

During the concert, the coloured lights changed with every song. The colours also matched the mood of the song. For example, during the performance of ‘Autumn Finds Winter‘, the lights shining down on Yiruma were a range of colours from orange to yellow, which matches the autumn theme.

Some performances were accompanied by a backdrop on the screen behind him. During ‘Serenade‘, there was a backdrop of urban life at night, showing a quiet neighbourhood. This fit with the serene atmosphere of the song. Similarly, during ‘Framed‘, the backdrop showed scenes from daily life in a European city. There was a small white border frame in the middle of the screen, which got smaller as the song progressed.

As soon as Yiruma introduced himself, the audience could see how funny he was. He definitely knew how to joke around with the audience and make them feel at ease. This made the concert even more enjoyable due to his likeable personality. At the beginning, Yiruma said that when he speaks at his concerts, he is actually having a conversation with the audience. He explained that he currently has hay fever but it would not affect his piano-playing skills, which made the audience burst into laughter. Furthermore, he said the audience might fall asleep, but don’t snore.

Between songs, Yiruma would check with fans to see if they were enjoying themselves. Of course, the audience answered back “Yes!” every time.

6. Interaction with a lucky fan

At every concert, Yiruma chooses one lucky fan from the audience to invite to the stage and perform an improvised duet with. This is because he wants to interact with his fans. It doesn’t matter if the fan can play piano or not – Yiruma will improvise based on what he or she is able to play.

Tonight, Yiruma invited a lady named May to the stage. She explained that even though she does not play the piano, she is a skilled violinist. Nevertheless, they played a beautiful improvised song that was also called ‘May‘. This title also matched the current setting. 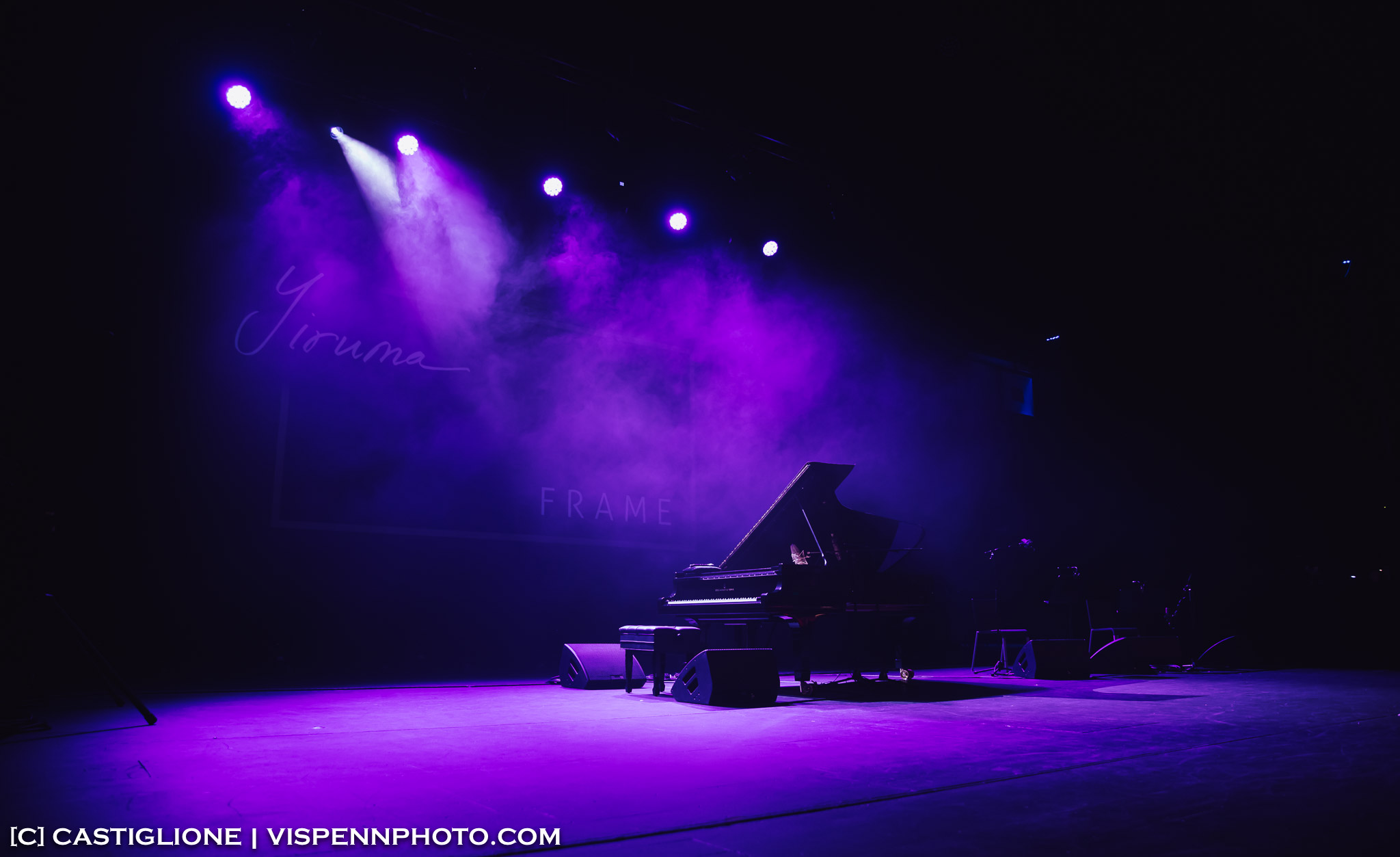 Yiruma‘s ‘Frame‘ concert in Melbourne was definitely an enjoyable night for anyone attending. It was a night full of emotions, laughter, and beautiful melodies. Fans in Brisbane and Sydney are bound to have an amazing time at his upcoming concerts for his Australia ‘Frame‘ tour.

We would like to thank Castiglione Arts and Culture for giving us this amazing opportunity to cover this event.

Scroll for more
Tap
K-EXCLUSIVE: Catching up with Yiruma at Melbourne Press Conference for his ‘Frame’ Tour
Who is Madison Park? “Hindsight” on the Seoul based DJ making waves for Women in South Korea
Scroll