SYDNEY, 31 JULY – The steps of the Opera House are filled with the bustling excitement of hundreds of fans ascending the stairs for the one-night-only, sold-out performance of the world-famous Korean composer and pianist, Yiruma. Beginning his piano journey at the age of five, he moved to London at the age of ten to study at The Purcell School of Music, capping his musical education with a composition major at the London University of King’s College.

With albums released all over Europe and Asia, Yiruma is well known for his emotional and lyrical melodies, which are often transformed and repeated throughout the song. When commenting on his music at the Melbourne Press Conference, Yiruma explained he does not like to classify his musical as either classical or modern piano. He jokingly expressed that classical composers are all dead, and modern compositions require you to read an essay by the artist to understand. He states that “I believe that when audiences listen, and connect their own memories and feelings to the music, this is how music becomes alive.”

It’s with this thought that I entered the concert hall, which is practically buzzing with excitement, as fans take photos of the lone grand piano that sits centre stage. As the lights dim, and Yiruma steps out to raucous applause, the anticipation reaches its peak. An instantaneous hush sweeps through the audience, as he takes his seat and begins his first piece. A combination of his well-known songs May Be and Love, he seamlessly connects the two to create a unique melodic piece.

He ends the piece with a little flourish, and I notice a girl a few seats in front of me silently wiping tears streaming down her face. Yiruma introduces himself and thanks the audience for making his dream of playing at the Opera House come true. His quiet, bashful stage presence is punctuated by moments of sparkling wit, and quickly wins the audience to his side. He invites the audience to embark on a journey with him, a little “trip down their own memory lanes,” by allowing his music to act as the soundtrack for their lives. Before every few pieces, he explains how the song came about, or what each song means to him emotionally, adding depth of understanding to songs such as Indigo, Blind Film, Kiss the Rain and Loanna, which he composed for his daughter.

Yiruma playing style is much like his compositions – simple, and yet curiously enchanting. Much of the material played on the night is from his earlier years, written in his 20s, filled with emotions of love and loss. However, it is the songs from his most recent album – Dance and Heart – which show how much he had matured as an artist from his younger days. Filled with enchanting ostinato rhythms and intricate trills and embellishments, Yiruma almost plays with emotion, rather than the piano keys in front of him. 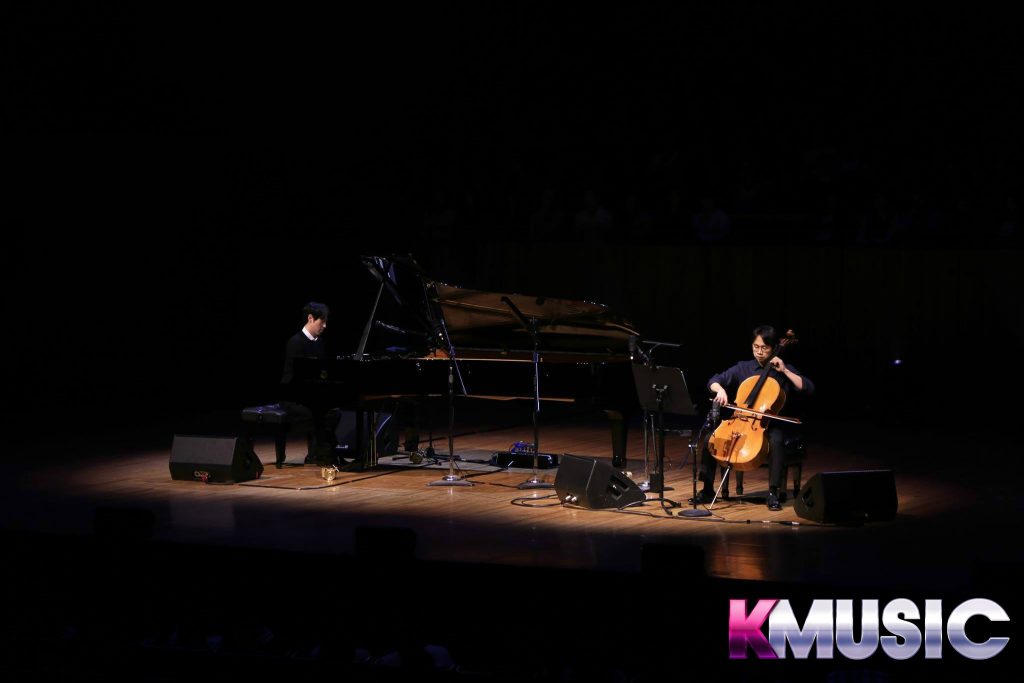 Yiruma is joined by his friend and production partner in his 8th album, the cellist Young-Min Kim, in the second half on the performance. They play well together, with his cello adding depth and harmony. His strong playing style, ranging from powerful extended double stops to delicate pizzicato, adds a deep and warm timbre to Yiruma’s rhythmic and mellow piano.

A testament to his hypnotic performance, the night was clear of the usual phone vibrations, coughs and sneezes that usually plague classical music performances. The clear favourite of the night, his most famous song River Flows in You, was accompanied by the cellist, adding gentle syncopation which heightened the song’s deeply relaxing nature.

A most memorable event was where Yiruma invited an audience member to the stage for a spontaneous composition. Titled after the girl’s favourite flower, Rose, the piece was able to show Yiruma’s composition ability – building from two simple repeated notes, he is remarkably able to build a full and deeply emotional song based on the image of falling petals.

Yiruma ends the two-hour concert with Reminiscent. With its repeated arpeggios and gentle cello accompaniment, the song has an almost healing nature. He leaves, holding flowers with the cellist, but the audience’s applause encourages him to return for three more songs in encore. He displays both his light-hearted humour and his extensive skills as a virtuoso, with seamless jazz to classical renditions of Waltzing Matilda, Autumn Leaves and Baby it’s Cold Outside. He states that he “hopes the audience enjoyed their trip down memory lane, and that the performance this night would be another happy and fond memory.”

Thanks to Castiglione for bringing this amazing artist and enriching the Sydney classical music scene. 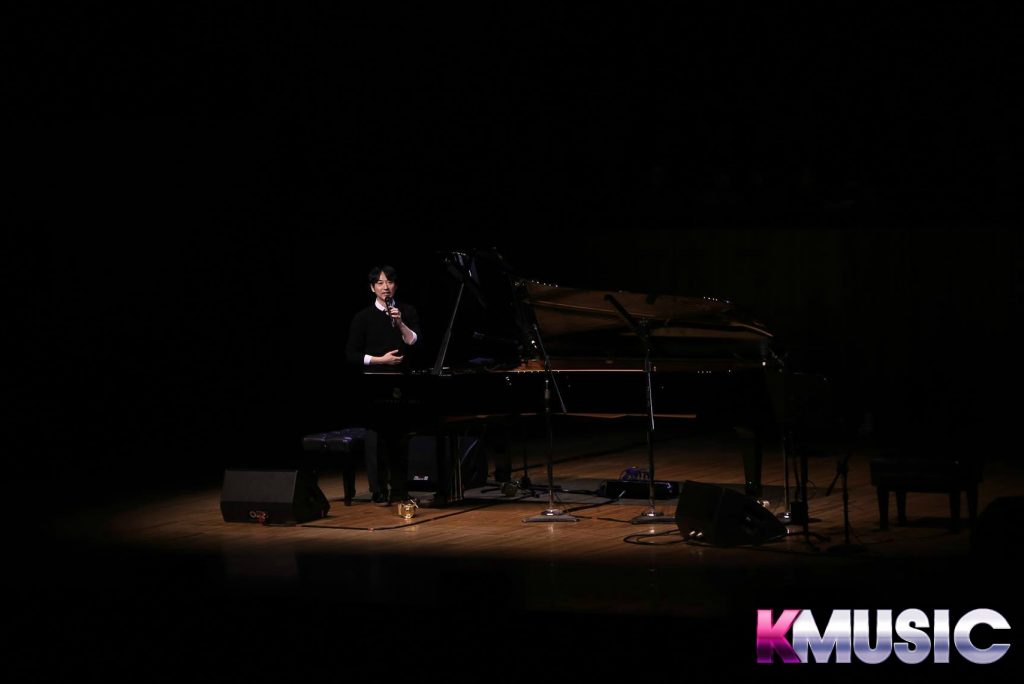