Xia is back in Australia! This time round, the JYJ member will be here to perform his XIA INCREDIBLE Concert in Sydney!

Kim Junsu, also known as ‘Xia’, held a press conference in Sydney on Friday 27th at the SBS Studio, a day before his scheduled concert at Big Top.

Media teams from all around the country have been invited to attend the conference which was held at around 4pm.

Here is a re-cap of the questions asked and Xia’s answers:

1- While you are having your concert overseas and Korea, is there any difference? (e.g. concert, response from fans).

– Xia said that he doesn’t feel much difference between the two except for the main one which is language. During the concert, the fans and him become ‘one’. Even the level of fan loyalty doesn’t differ and he finds that great.

2- You are a singer and song writer, so what inspires you to write songs and where do your ideas come from? (e.g. ‘Incredible’) 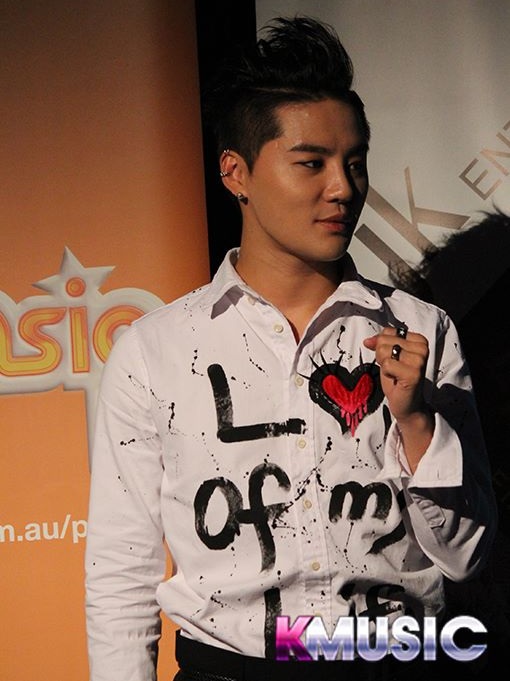 3- Could you tell us something ‘incredible’ about yourself that we might not know?

– Xia laughed at the reference of ‘incredible’ and continued to tell us that the concert to be held tomorrow is going to be ‘incredible’ but only with the help of fans. The fusion of the energy from both the fans and himself is necessary, and something he is greatly looking forward to.

4- We believe you were first here in 2010 on a mini vacation. Do you have a favourite place in Sydney?

– Xia said that one of his favorite places are the Opera House, which he grew up admiring; he thought it was grander when he saw it in person. He also mentioned the Sydney Harbour Bridge, which he managed to fully climb at the time! Even though the vacation period was brief, Xia was managed to try different things that have become memorable including crocodile pizza and kangaroo steak. (Xia couldn’t help but laugh after saying ‘crocodile pizza’).

5- How do you feel about performing in the musical ‘Elizabeth’, chosen to act the leading role of ‘Death’ for the second time, and what musical do you wish to perform in next?

– Xia said that his character in the musical is very contrasting to his own and that made him feel very overwhelmed when he first performed it. He does highly enjoy performing as ‘Death’ however, and tried to portray it with a different ‘color’ the second time round. He also revealed that he will be performing in another musical in December, titled ‘The December’.

6- Your latest album ‘Incredible’ has various types of genres; which genre was the most fun to do, an which song is your favourite  on the album?
– The most fun track Xia says was definitely ‘Incredible’ with it’s choreography. The song is targeted for the Korean summer period and makes all that hear it happy. Xia heard that the summer time was soon in Australia so he hopes that we feel the same way about the track. As for a favourite, Xia said that he cannot pick one; as he put in a lot of effort in all the tracks. 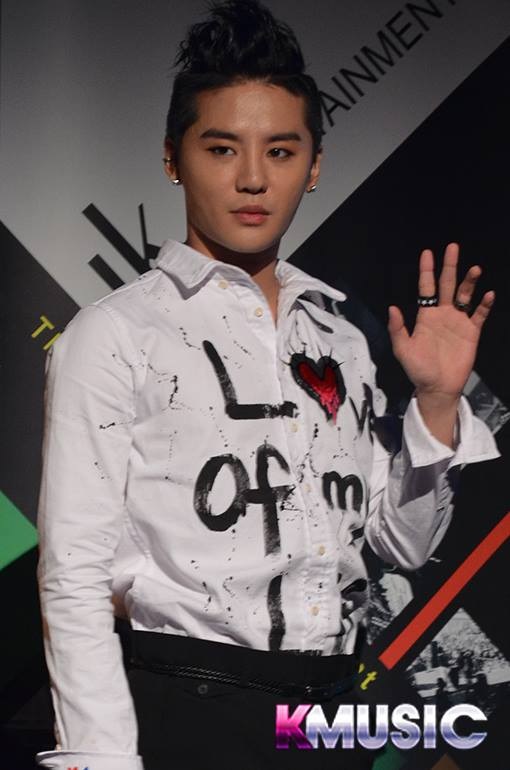 7- What can fans expect from your first Sydney concert?

– Xia said that having performed 2 world tours since last year, and having his Australia concert tomorrow (from the Oceania continent) he managed to do a concert in each continent but Africa! He wants the audience to feel excited when he performs.

8- What are the main differences between performing in a musical and promoting albums and singles?

– The songs are all about himself, Xia said. Musicals have a different feeling that encompasses team work and the input of other performers. It’s the same excitement to Xia, only the feeling is different. All in all however, Xia said that it brings him great excitement whether it was between himself or between others.

9- You took on the name Xia as a desire to be recognized as a star throughout Asia. Now that you have achieved that goal are there bigger ambitions?

– Xia laughed at the question saying that he felt embarrassed! Even though the name Xia does derive from ‘Asia’, Xia wants to forget about that and hopes to become a star for every fan around the world. That’s all he wants; a title beyond that of just ‘Asia’s Star’.

10- What’s your message to your Australian fans and your plans for the rest of 2013?

– Xia said he is looking forward to tomorrow’s concert, were he can even breath the same air as the fans. Performing here, Xia hopes that one day he can have a concert with his JYJ members in Australia but he is doesn’t know when at this point. As mentioned before, Xia’s plans range from his upcoming musical to promoting JYJ’s song for the Asiad Games.

Thanks to Xia for taking some time off to attend the press conference and to all the event organizers. See you all at the concert!