Rookie co-ed group K.A.R.D has announced their first ever fanmeet tour for the United States! Titled ‘WILD KARD 2017 The 1st Tour In America‘ will be brought to you by SubKulture Entertainment in May. The fanmeet will be hitting three major U.S cities: Chicago, Huston, and Los Angeles. More information regarding the dates, ticket information, and venue information will be released soon. 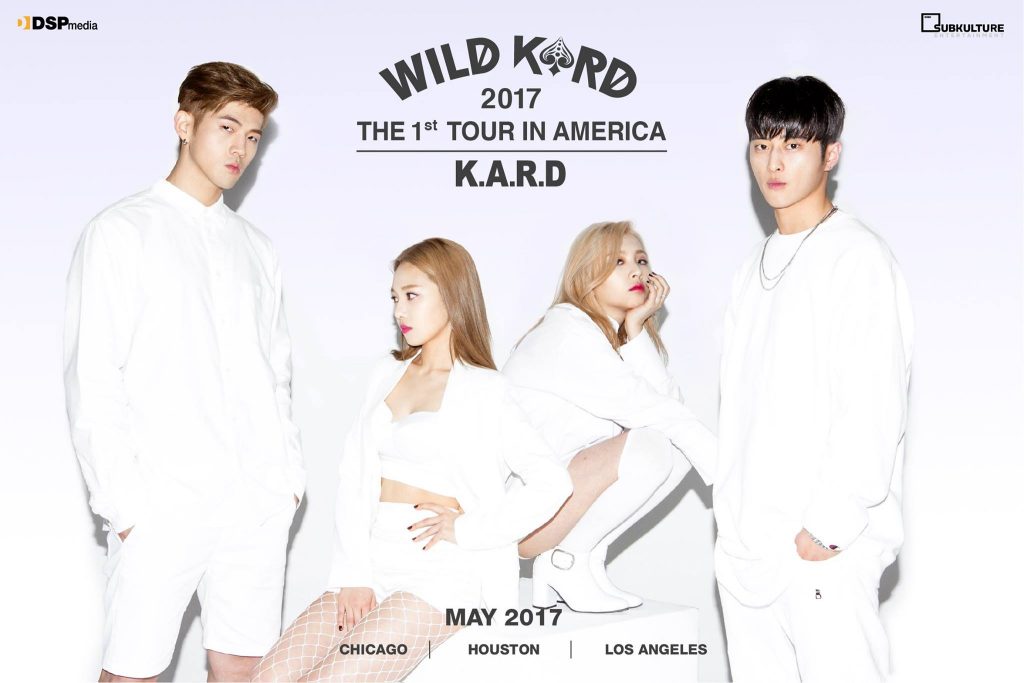 K.A.R.D consists of four members. The two males are rappers J.Seph and BM, and the two female vocals are Jeon Ji Woo and Jeon So Min. Taking on a fun theme of cards, their name stands for: King, Ace, JokeR, and HiDden. Their two project singles ‘Oh NaNa‘ and ‘Don’t Recall‘ took the K-Pop world by storm. Their creative twists on each song captivated audiences making them anticipate for more. Both songs went on to gain major success on the U.S K-pop iTunes chart, taking #1 for ‘Don’t Recall’ and #2 for ‘Oh NaNa’. The DSP Media group has become an international hit as well, for rapper BM is from Los Angeles.

Be sure to check back with Officially KMUSIC as we will continue to update you on new information for the ‘WILD KARD 2017 The 1st Tour In America‘.