Having hyped fans with their beautiful image teasers, K.A.R.D continue to tease fans by revealing the tracklist to their upcoming debut mini album, ‘Hola Hola‘. Check it out below! 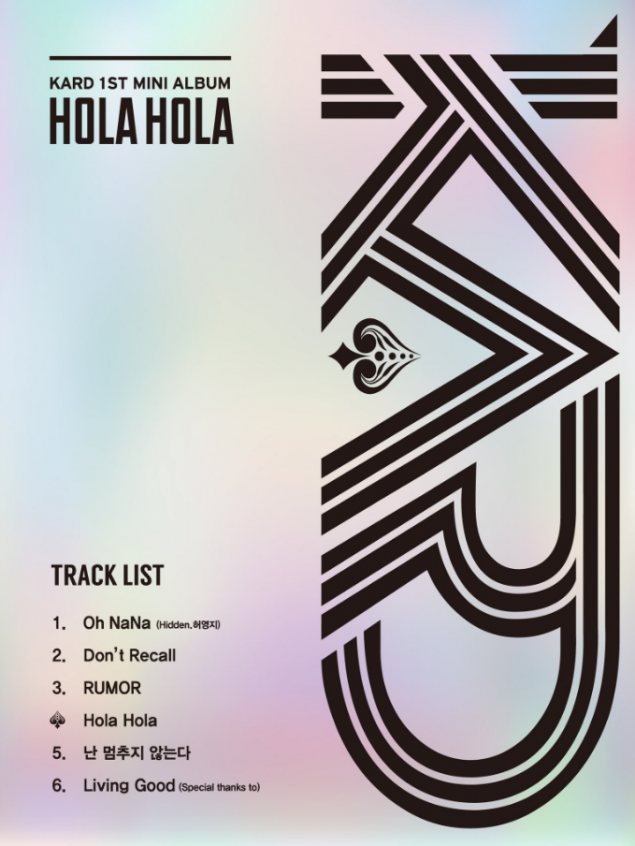 K.A.R.D has also revealed a special selfie MV for ‘Oh NaNa‘. What is so special about this MV is the fact that it gives fans a brief insight into what ‘Secret KARD‘ will be like! ‘Secret KARD‘ will start on July 19th, which will run to July 24th. It will showcase different behind the scene footage during their first global tour!

Meanwhile, K.A.R.D will make their debut on July 19th! Are you excited for their debut? Let us know in the comments below!