K.will announces the release of the second part of his fourth album

K.will announces the release of the second part of his fourth album

K.will has announced on his SNS pages the release of new music! He will be releasing the second part of his fourth album ‘Mood Indigo‘ on November 6th at 6pm KST. The first part ‘Will be a Start‘ was released on May 10th. Fans have been waiting for new music since then.

Check out the teaser image below: 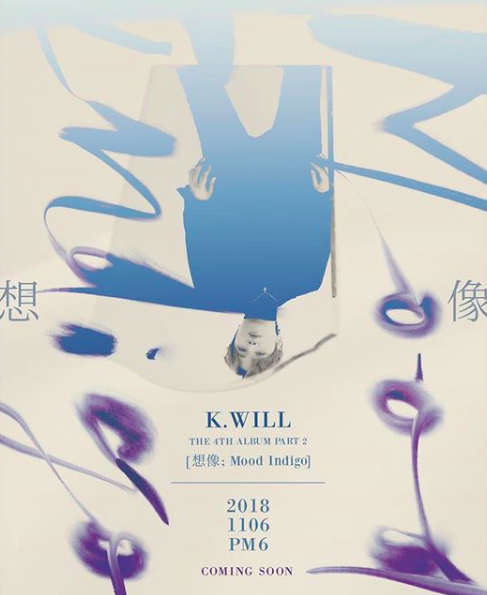 As a reference to the title ‘Mood Indigo‘, there are splashes of the colour indigo in the teaser. An upside-down image of K.will appears at the top of the image. The mood of the image is quite dark but emotional. This hints that his comeback could be an emotional ballad.

What do you think of this teaser? Let us know in the comments below.