K.Will has dropped the tracklist for ‘Nonfiction’

K.Will has dropped the tracklist for ‘Nonfiction’ 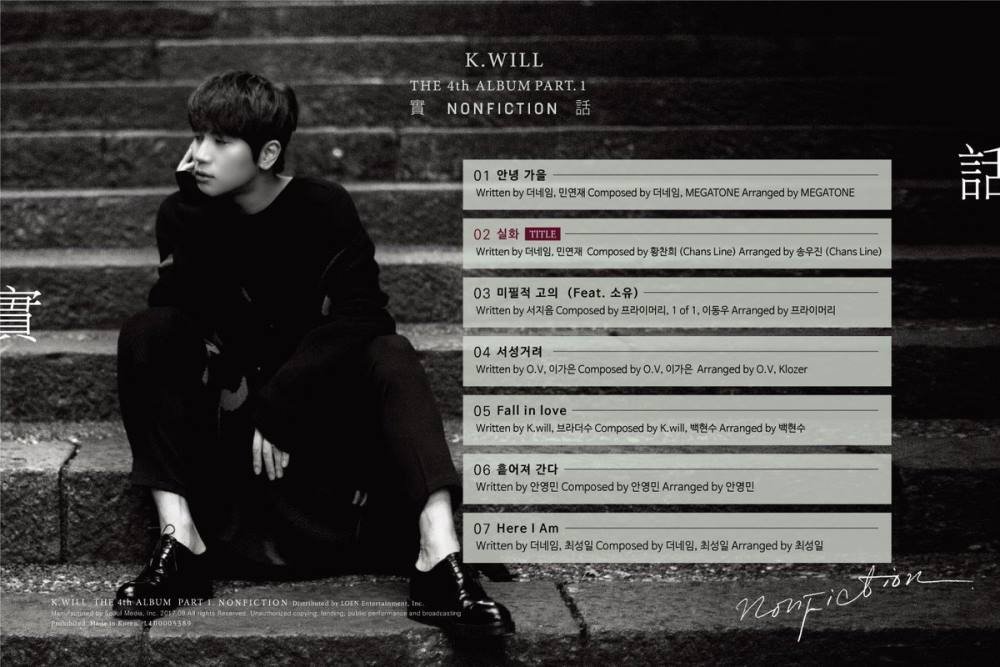 This album will have a total of seven tracks including the title track, ‘Nonfiction‘, ‘Goodbye Fall‘, ‘Willful Negligence’ featuring Soyou, ‘Hover‘, ‘Fall In Love‘, ‘Fading Away‘ and ‘Here I Am‘. K.Will had participated in writing ‘Fall In Love‘. He has many great composers for this album including Chans Line, Primary, 1 Of 1 and Choi Sung Il.

Meanwhile, ‘Nonfiction‘ will be dropped on September 26th! Are you excited? Let us know in the comments below!